Underneath All That Polish… by Emad T. '14

...lies a few things you wouldn't want to miss

After three CPWs and nearly two years of study here at MIT, I’ve gotten used to a lot of things about the Institute. And sometimes, when I have a lot of work to do (as has been the case for, quite honestly, the past few months or so, or at least the past three weeks), I disengage my eyes, and allow my feet to trace a well-worn path that gets me from where I start each day to where I need to be. And I know that I really shouldn’t do that.

Even though that’s how my life has been lately, I lucked out and shook up my routine a little bit the other day. Before heading into Kendall Square, I took some time to stop by MIT’s Media Lab, where I’d park myself and do some hardcore, pomodoro-style studying for 7.05. I remembered there being a fancy couch where I could sit, and looking back, I’m surprised that’s all I could recall. 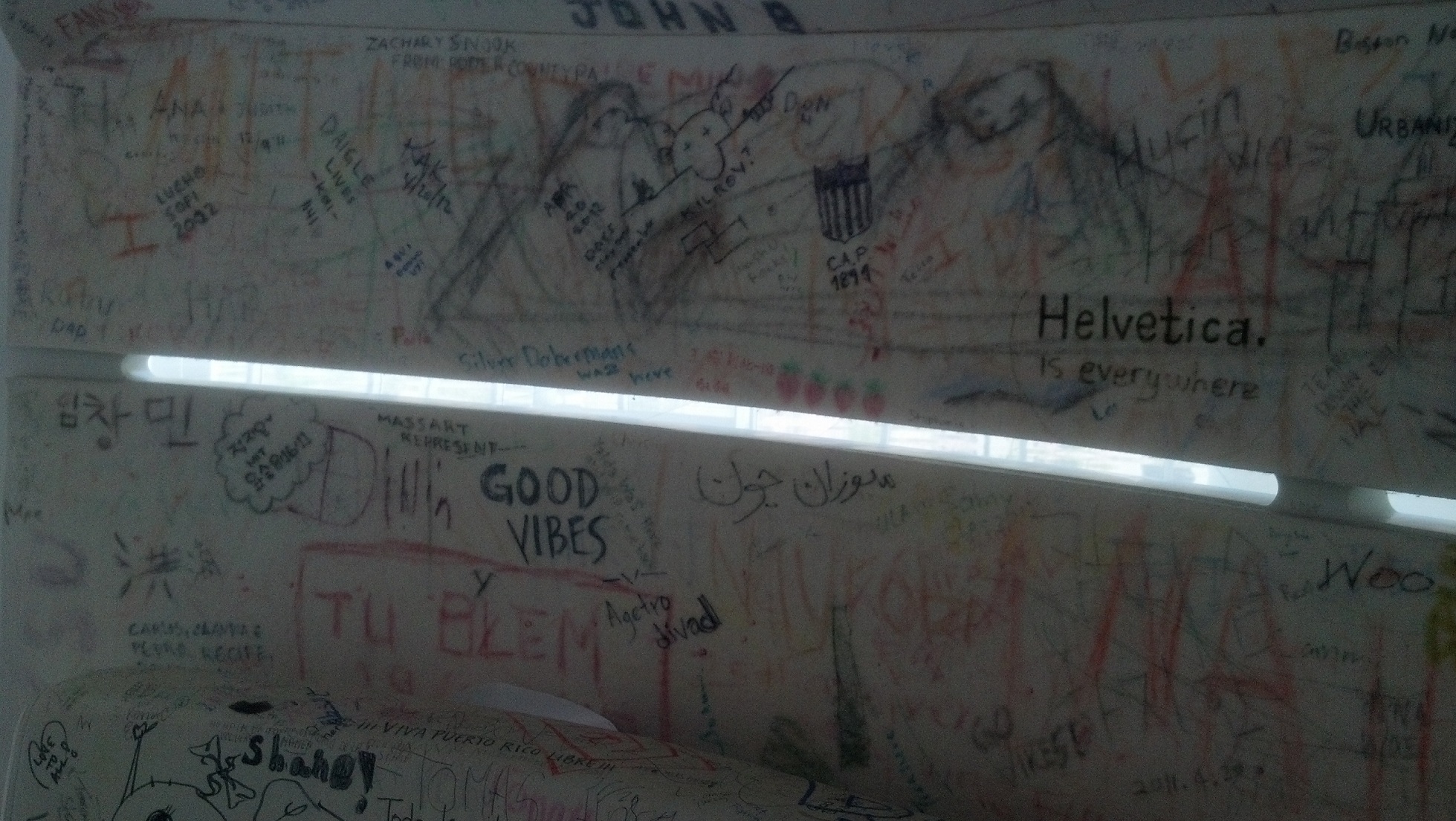 What you’re seeing here is probably countless years worth of tagging, doodling and signing – done via pen, marker, highlighter, or anything else. A good deal of the surface area here is made of felt, which is duct-taped onto the actual frame of the couch. The seats are white leather, or some synthetic material whose feel and look can easily be mistaken for it. And the rest… 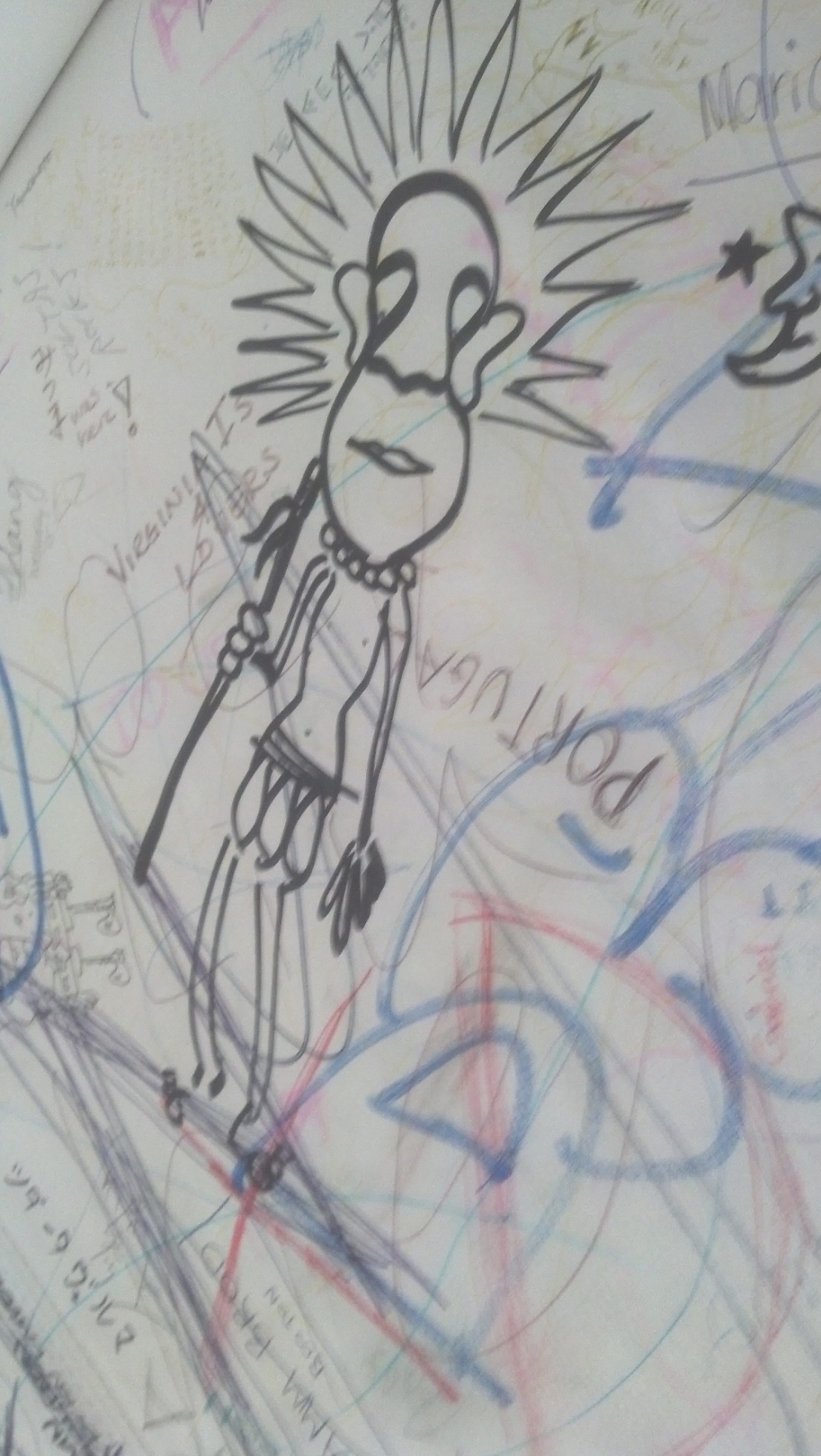 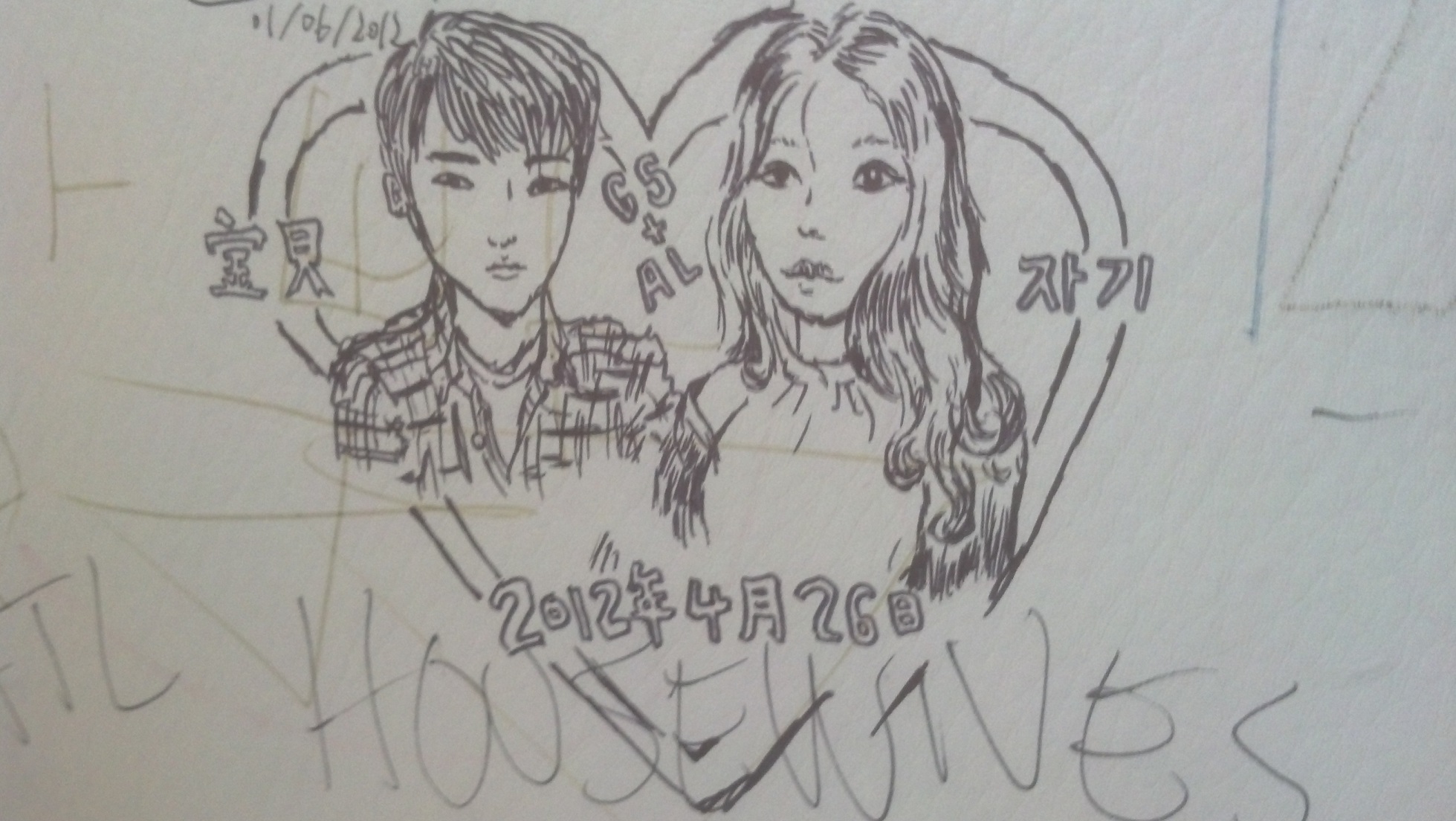 Well, the rest is the work of people like you and me. 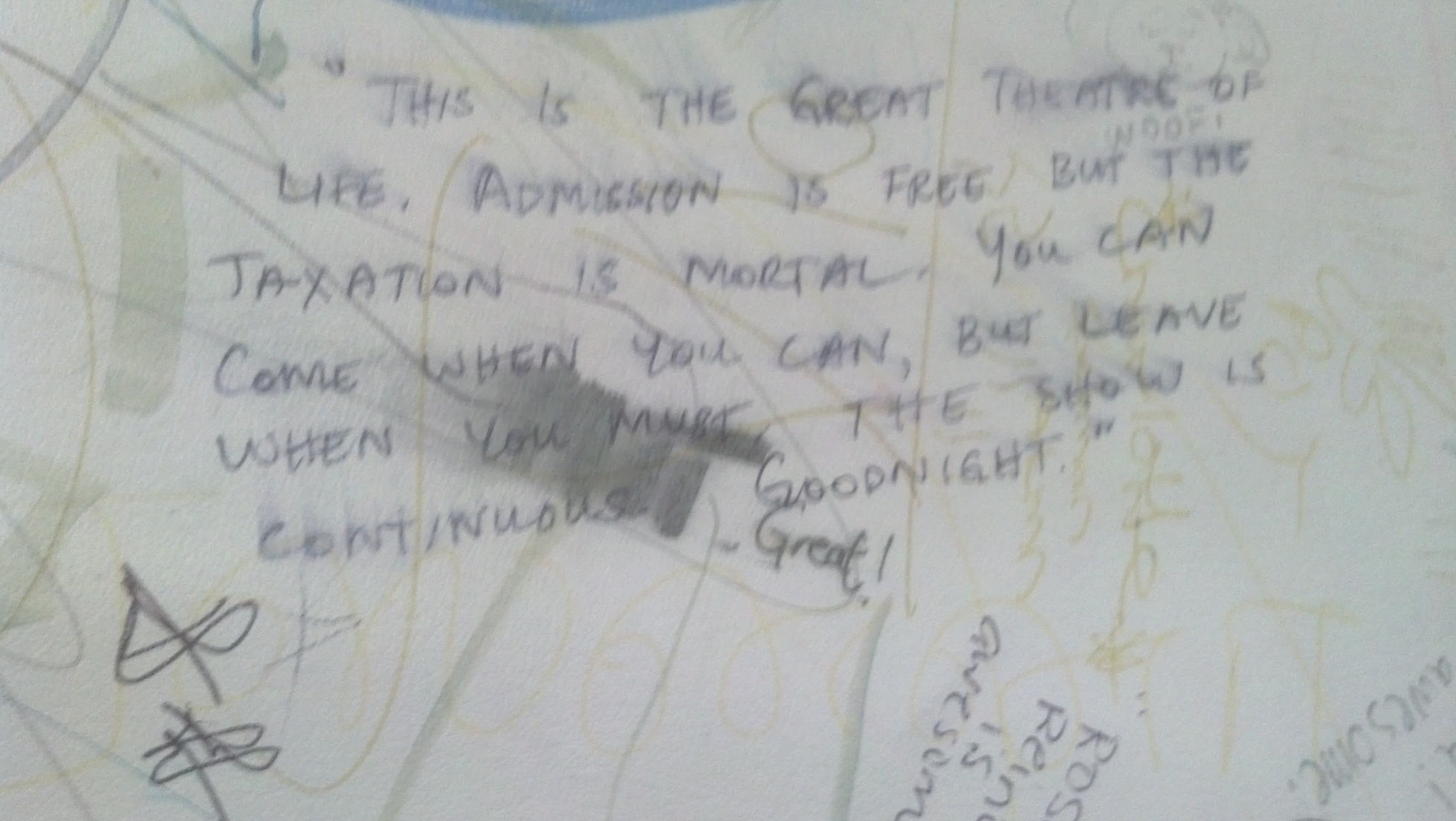 Of course, MIT’s CMS department, for whom much of the Media Lab’s facilities and offices are considered their home, would naturally be among the most creative people here at MIT. But I doubt that these freeform doodles were exclusively the work of CMS people. And even if it was, it gave me a smile. Seeing people’s humanity out on display does that to me; it keeps my mind off of the thoughts of MIT-as-a-bootcamp that set in during a hellish week.

So I decided to leave something behind for the new prospectives, the incoming Class of 2016, and everyone else. I hope this a reminder that, even when your nose is to the grindstone and it feels like things suck, there’s something wonderful waiting around the corner here at MIT. 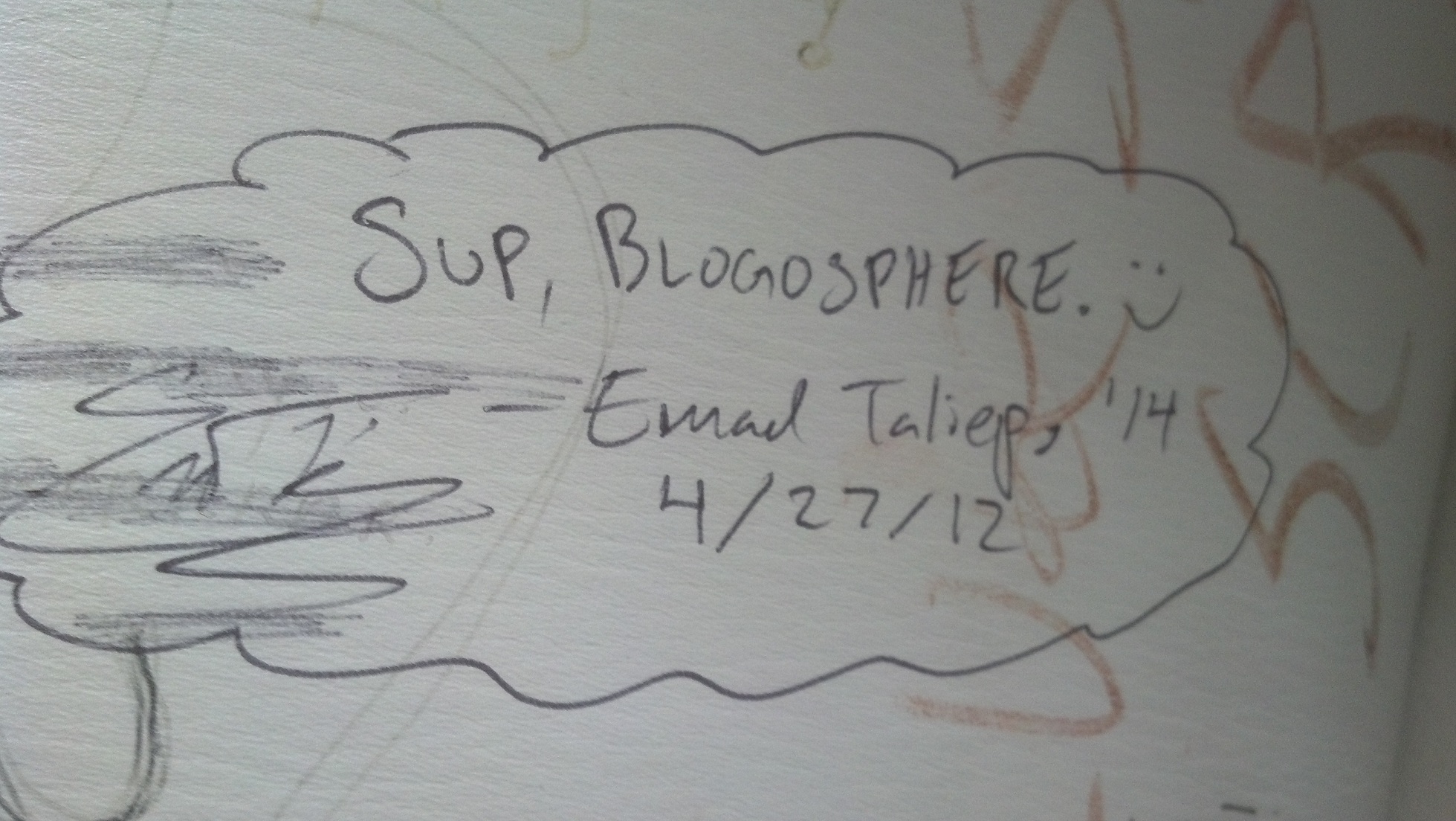 Sometimes, you’ve just got to know where to look for it.