in a particular order

Cue Monday afternoon. I’m hungry because I decided to not spend money for lunch and just wait for dinner.

I was walkin’ through the Stata Center, when out the corner of my eye, I saw this pretty little thing in front of me: 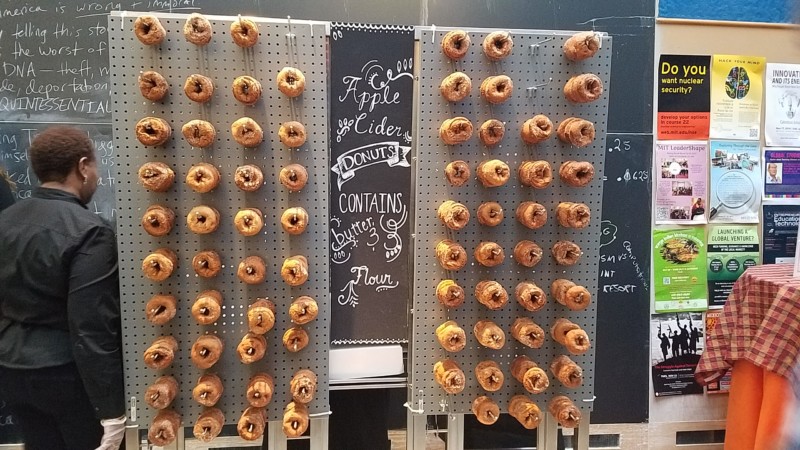 Ain’t No Rest for the Hungry. After taking a donut from the mysterious donut wall, I looked around the lobby. 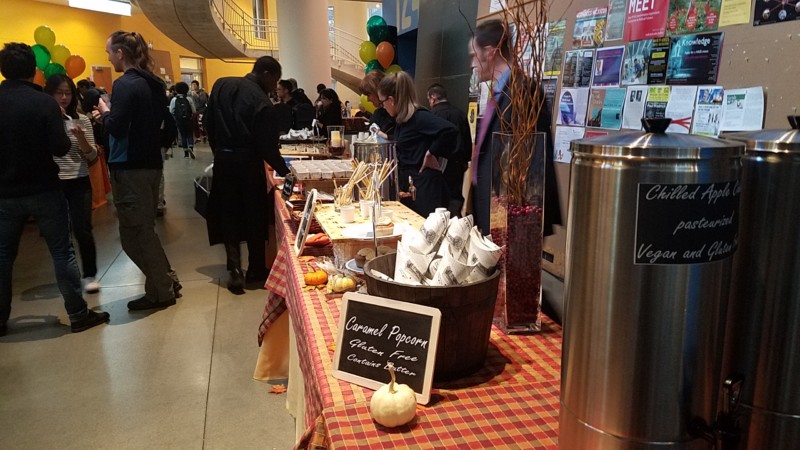 Apple pie, caramel popcorn, brownies, blondies, chilled apple juice, and fresh quinoa. There were at least five tables full of food and drinks. The event was put on by the Division of Student Life and was a welcoming of the new Vice President and Dean for Student Life, Suzy Nelson. I sat down and worked for a bit while enjoying the food. Good luck to Suzy on taking on this important position. 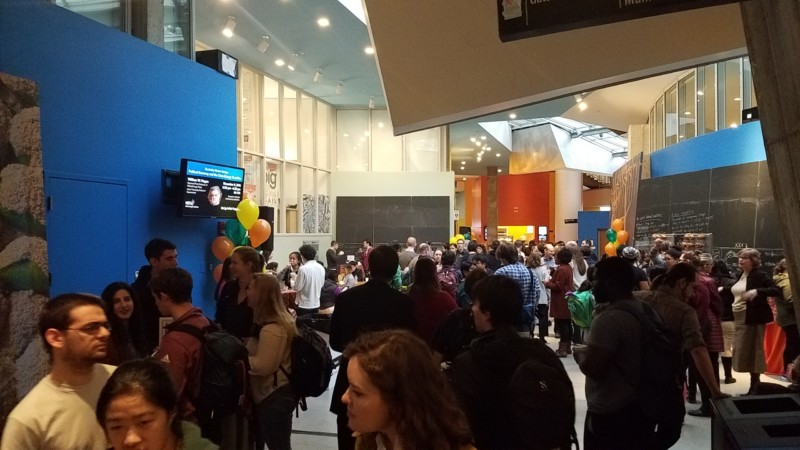 -One hour and a thousand calories later-

I went to an event put on by the MIT Innovation Initiative and the Gordon-Engineering Leadership Program called “Startup War Stories from the Trenches: Applicon”. The four founders were inspired by Ed Roberts, a professor at the MIT Sloan School. They had listened to Ed present a study that reported that 80% of Lincoln Lab startups were still successful after 5 years. The founders, who were Lincoln Lab Ph.D’s, were exploring methods for improving electronic circuit design using computer aid, and so they founded Applicon in 1969. 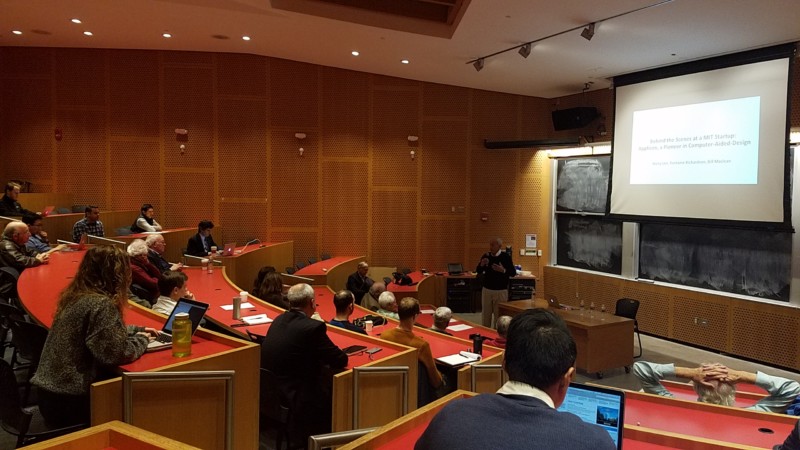 They admitted that they had a strong EECS background but no business experience and little understanding of the real-world marketplace. They developed prototypes of 4 computer aided design products in first year, but only one succeeded.

Traditional VC funding was not common at the time, so they instead obtained an $800K investment ($5.2 million today) from W.R. Grace. They went through a whirlwind of hardships, from Grace cutting their investment in half to having to fire non-essential employees. After two years, they finally closed sales for their product and started gaining traction. Later Applicon went public and was then acquired by Schlumberger in 1981 for approximately $232 million in today’s dollars.

The Applicon founders stressed that startups can be hard on personal relations. Many founders end up getting divorced during their startup (Elon Musk and Noah Glass of Twitter come to mind). They also stressed that personalities matter in a founding team, so choose carefully.

Time for some virtual reality. [email protected] was throwing a demo night in the student center, showcasing the latest and greatest consumer VR tech. They had HTC Vives, Oculus Rifts, Samsung Gear VR’s, and some other tech that even I didn’t recognize. 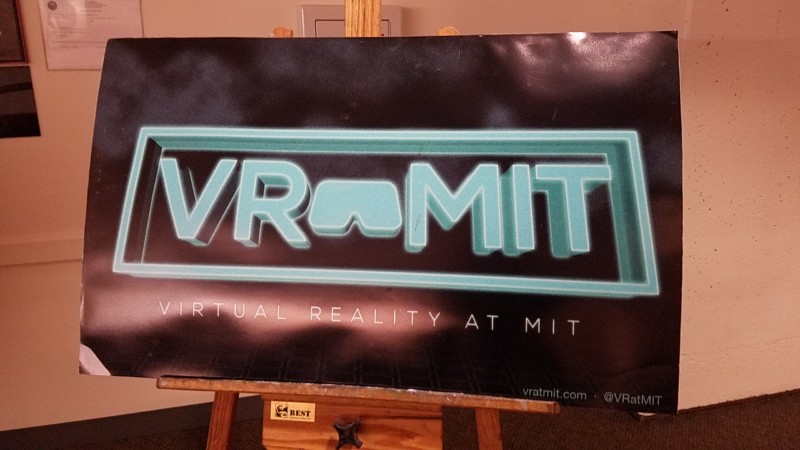 Picking up virtual boxes with the Oculus Rift 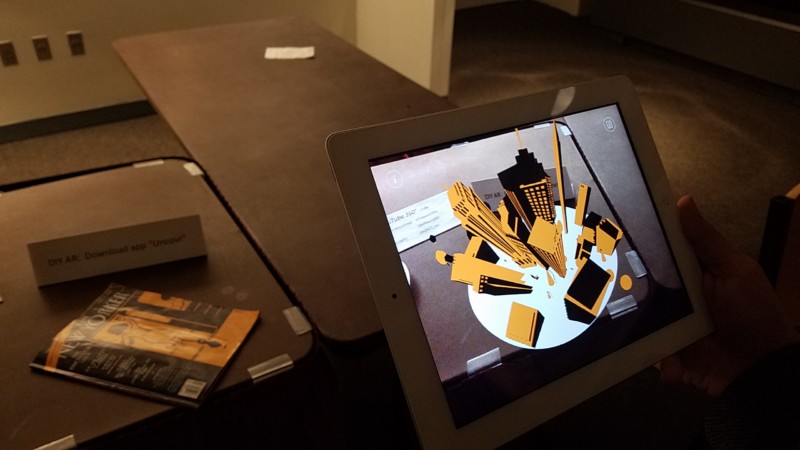 Watching a magazine come to life with augmented reality 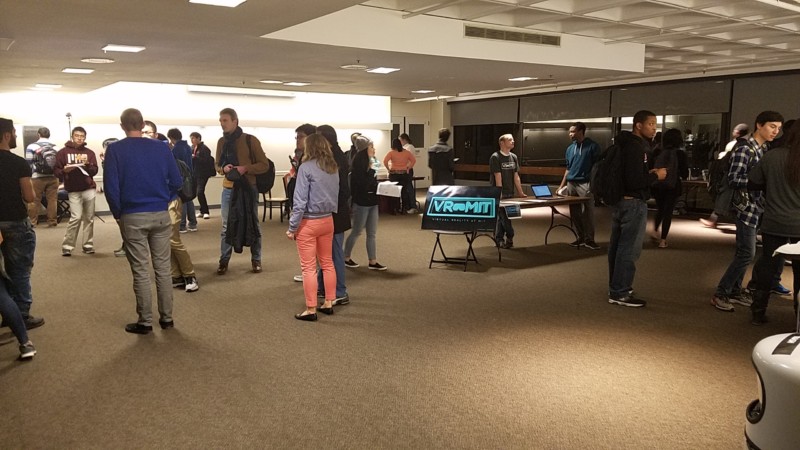 This January, [email protected] is teaching the first ever virtual reality IAP class. They’ll take around 40 students through the adventure of creating their own virtual reality experience. There’ll also be a competition with a demo day and prizes. It’s exciting to see how big [email protected] has grown in just the couple of months since they started in February. I knew the people who started it when they started it and I got to see build this community out of scratch.

I think a lot of times we forget that MIT isn’t a static being with x number of majors and x number of clubs. It’s a dynamic being that’s the sum total of the creativity and ambitions of its students, faculty, and alumni. New initiatives arise, new majors form, old majors discontinue. It’s what keeps MIT on the cutting edge. Ed Roberts founded the Martin Trust Center, the space that I spend all day every day working in. Applicon was one of the first manufacturers of CAD tools. [email protected] started as an idea and now they have their own class. Suzy Nelson is just at the start of her journey, and has the potential to instate new initiatives for student life. I see these people all around me creating things, and it pushes me forward because I want to create things too.