Walk of the Strandbeest by Natasha B. '16

“Not pollen or seeds but plastic yellow tubes are the basis of this new nature. I make skeletons that walk on the wind so they don’t have to eat. Over time, these skeletons have become increasingly better at surviving the elements such as storm and water and eventually I want to put these animals out in herds on the beaches, so they will live their own lives.” –Theo Jansen

Last Thursday, Dutch artist Theo Jansen’s Strandbeest stood in the rain on a patch of pavement outside the Media Lab. With wind in their sails, and aided (on a rainy but not-so-windy day) by humans who pushed them like strollers, the Strandbeest walked back and forth.

“Jansen’s Strandbeests — “beach animals” in Dutch — seem more like evolutionary inevitabilities than one artist’s brainchildren,” wrote Sharon Lacey of the Media Lab. “Jansen engineers wondrous, large-scale kinetic sculptures from humble PVC tubing and endows them with the ability to harness available and stored wind power for their locomotion. For the past 20 years, Jansen has been perfecting his Strandbeest designs on Scheveningen Beach on the Dutch seaside, while gaining international recognition.”

They are captivating creatures. They were much smaller than I expected them to be, but I realized almost immediately that my expectations had been overly imaginative (I heard the words Strandbeest and Dutch seaside and pictured something the size of an ark). Their skeletons were delicate; they walked smoothly, sliding over the cement with soft clacking noises. Theo Jansen calls these Strandbeest Animaris ordis. Animaris ordis is now temporarily tattooed on my left arm. Below, thanks to Peter Downs ’16 (whose photography can be found here), see proof. 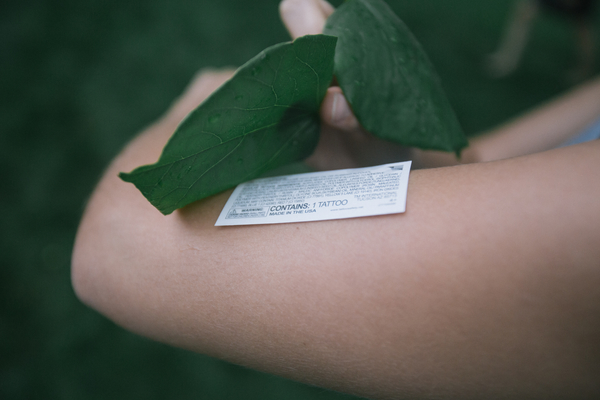 applying the tattoo with a wet leaf 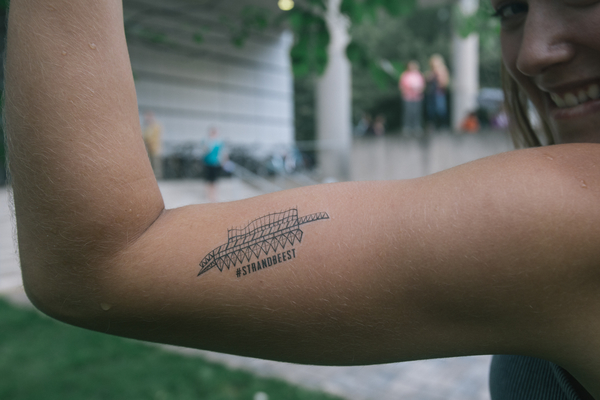 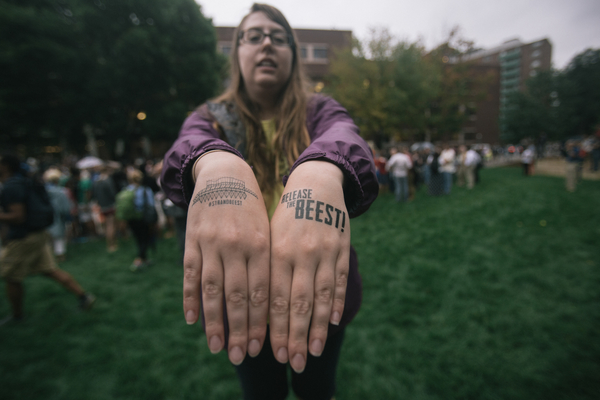 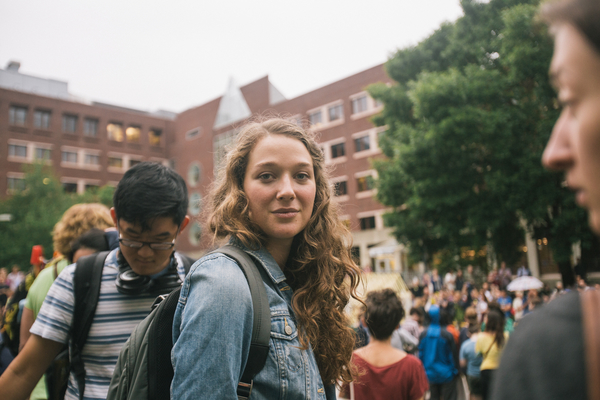 me, pleased with the beast 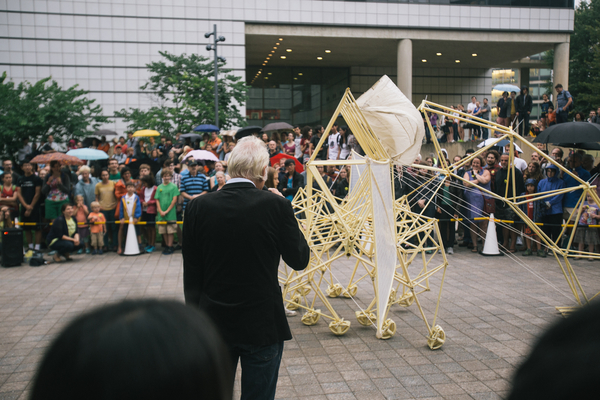 The Jansen, explaining the beast 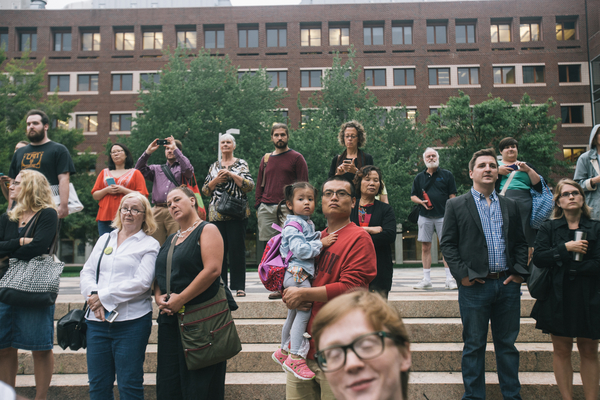 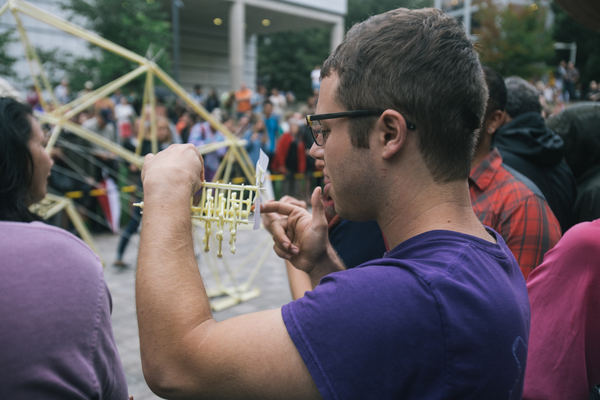 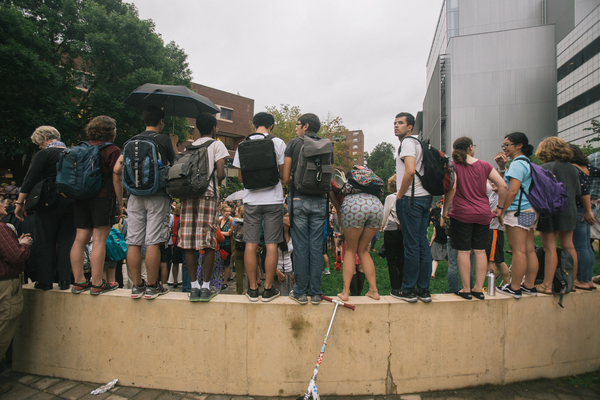 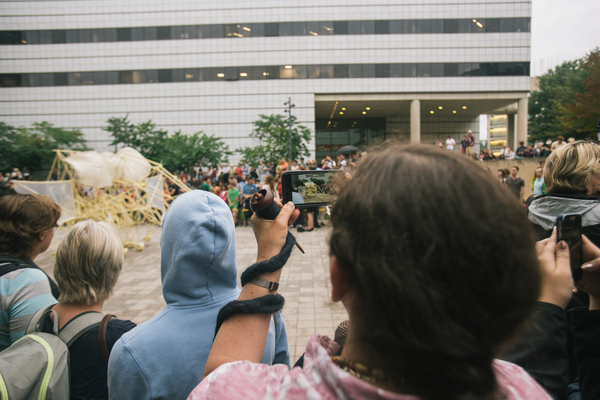 All photo credits to Peter Downs