it was june, which in the relative scale of time we’re all in right now, was forever ago. i was standing on the harvard bridge staring into a summer sunset, as it filled the sky with orange and blue, as i held the railing against my chest, leaning towards the water. my headphones were on, but i heard and i felt the wind blowing from behind me, as if it wanted to push me in. 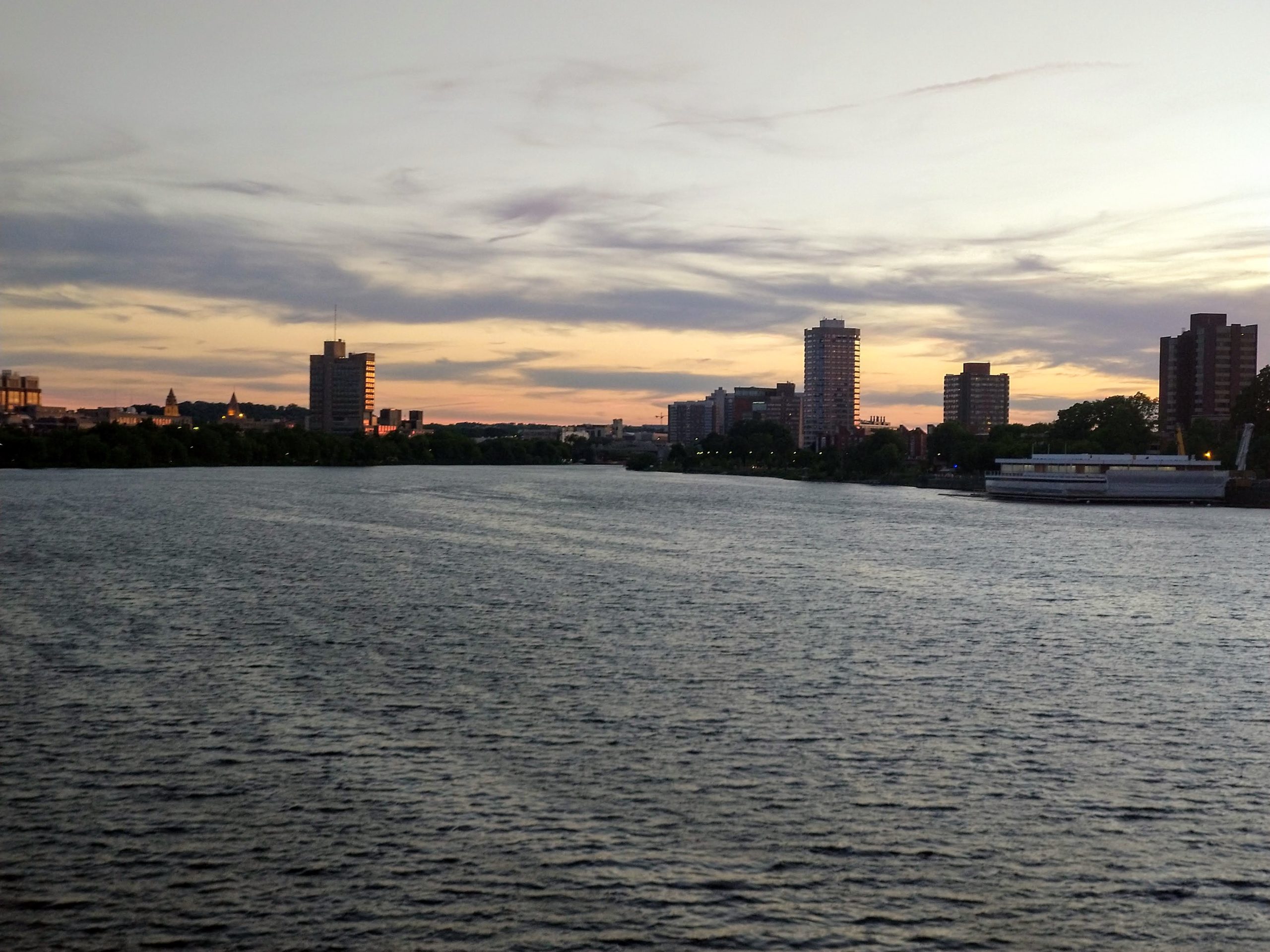 every once in a while i’d feel so uncomfortable, when the river and the skyline would fill my vision, and i would forget my body was there, and it felt like i was falling, even if, rationally, i knew that i couldn’t. when that feeling would come, i’d turn around and put my back against the railing instead, taking the wind from in front of me, because somehow that made it easier to believe that i wasn’t going anywhere.

this is my third summer in boston, because i was here the last two summers for a summer camp over at bu, just across the river. staring into the charles from the bridge brings to memory, the six of us, in a two-in-the-morning walk from mit back to warren towers, after a night of sliding down tunnels in office chairs and lying in the grass while the sprinkler showered us.

the memory’s linked most closely with the wind, and the music, and that night i swear there was no one else in the bridge but us, and the world narrowed down to the six of us walking on that bridge, blasting music into the silence while the wind pushed on us from behind, and memories bring back feelings, too, and that feeling was that feeling you got when you just spent a night out with friends just having fun together, for what felt like the first time in three weeks.

but the thing about warmth is that memory only delivers this torn, beaten-up version of it. a painful memory, like a wound, causes pain every time you go over it, and it can get ripped open and feel worse again. the warmth of a memory feels so much more translucent, transparent, in comparison.

two thursdays ago i met up with two friends who were in the area. and we just sat there, in front of kresge, just catching up since the last time we met, which was like, six months ago or something. and six months ago, in the relative scale of time that we’re all in right now, was forever ago. we talked until the sun set and the sky turned dark and the stars came out, and soon enough it was already two hours, and it was getting cold outside, but i still felt warm.

i know that this summer in boston has been the hottest of all the summers i’ve been here, but somehow these past two months have felt so cold that i’ve forgotten how good that warmth felt. that warmth of human contact, of just immersing yourself in the presence of others.

and yeah, it’s not as if i haven’t been socializing or spending time with people. but things have felt like, different, if only by a little bit, i guess. i spent all weekend just working on puzzles and playing games and watching stuff with friends, and it was pretty nice to just do that for a whole weekend without having to worry about other things, and i realize i haven’t just taken a weekend off since like cpw, or something.

and cpw, in the relative scale of time that we’re all in right now, was forever ago, and i never really did write up all the things i did for cpw, and i guess the way my memory works right now is that i don’t really remember things if i don’t write it up, i guess. and i swear i did a lot of fun things for cpw, but they all feel gone to me now.

yeah, that’s it. i guess this post is just to say that i miss people.