We are the people in your neighborhood… by Bryan

First off, sorry I haven’t posted in a while, it’s been an intense yet fun week, and I’ll probably blog about that this weekend.

But on a completely unrelated note…here’s my actual entry.

What’s black and gray all over?

A newspaper of course, silly.

So my name appeared in this week’s edition of TechTalk, a newspaper published by the MIT News Office. 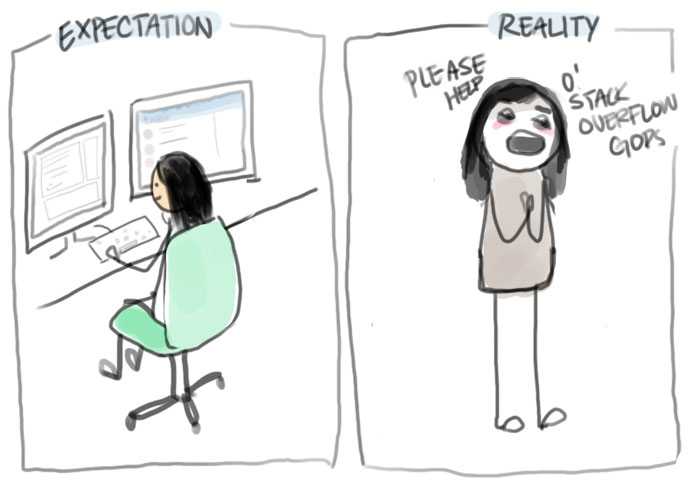 So this summer, along with a few other students, I embarked on the adventure of producing a documentary about the various dimensions of MIT’s diversity. MIT is a melting pot of ideas, people, cultures, and so many other things as well, so we wanted to capture small vignettes of this to communicate how diverse this campus truly is. I’ll spare you the details of how challenging it was to produce a documentary on a PC intended for Matlab, and just tell you that it was hard. In the end, I was ultimately satisfied with the product.

One of the aspects of MIT, I appreciate the most is the diversity. I guess it might be because it reminds me a lot of my family. If I were to list off every nationality I’m mixed of, I could cover 6 continents within three generations. I remember coming to MIT for Campus Preview Weekend (CPW) and meeting people from all over. I was really surprised to meet people from a few miles from where I lived to people who lived on the opposite side of the globe. I was really surprised to be exposed to aspects of culture and diversity that I’d never considered before. It’s really awesome to be able to learn so much from people without having to ever go so far. MIT really brings the world to your doorstep. You can meet a lot of new people, try new things, and learn a lot.

One response to “We are the people in your neighborhood…”