is MIT still the place for you?

How was your CPW? It was definitely one of my favorites. I had lots of fun meeting a you future froshies in person. Today I wanted to address some concerns about CPW by sharing my own experiences.

Recently, I got into Reddit (bad idea at this time of semester), especially r/MIT. One post that hit close to home was titled “Did anyone here not enjoy CPW but still love MIT once they were actually a student?” A prefrosh talked about how he felt he wouldn’t fit into the MIT community because, during CPW,  all the events were about “legos” and “foam swords” and other kiddie kid stuff for little kids. He went to the informative events, but found himself one of the few prefrosh there. It was really hard connecting with other prefrosh, as it seemed that they were all on board with doing kiddie things for fun but he didn’t share those interests.

Even though I personally had lots of fun during my CPW, that same thought always floated around in the back of my head. I felt I wouldn’t fit in unless my idea of a fun time was playing Super Smash Bros until 5 am while stuffing my face with mashed potatoes. Like the prefrosh in that thread, I too was one of the few prefrosh to go to the more official and “mature” events. I was worried that people didn’t share my interests.

But, as it turns out, CPW was more of an indicator of the kinds of things you COULD do with friends if you wanted to, not the things you’d have to participate in if you want to have fun here. When I came to MIT in the fall, I met so many people that destroyed that kiddie stereotype. During CPW, everything was hectic and squeezed into four days. During orientation and rush week, I got to know people from so many backgrounds, all with different ideas for fun. I immediately got involved with my dorm, other student groups, and fraternity life. I met people who liked the things I liked doing, so I felt at home. But I also become friends with people who I would’ve never imagined being friends with. We try making CPW as best as we can, but nomatter what, it’ll always be such a small window to the vastness of the types of people that make up MIT.

Besides, if you think that all we do are kiddie things, then you are mistaken, just like I was. We do pretty manly stuff. You know what’s really manly? Steak. You know what’s even manlier? Steak at 1 am. You know what goes great with steak at 1 am? Milk shakes. Cue Steak and Shake, which was held at Phi Kappa Sigma every CPW night. After a long hard day of having fun, prefrosh came and relaxed, enjoying steak and shake while playing pool and talking to brothers and other prefrosh about anything and everything. On Saturday night, I stayed up with three prefrosh until 5 am, at which point we decided that we might as well continue staying awake to watch the sunrise. It always had such a chill atmosphere, and everyone had a great time. 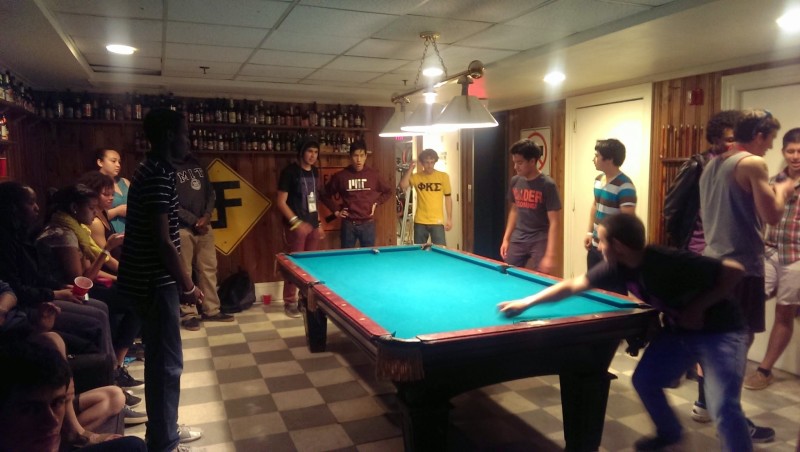 But I wasn’t at Phi Kappa Sigma enjoying the classic atmosphere the entire CPW. I also did nonsensical things with my friends, like watching them cover their faces with sugar by blowing into cups.

There was also a great performance by the MIT improv comedy troupe Roadkill Buffet. Super manly and mature? Maybe not, but who cares? It was funny. Let loose and have fun. 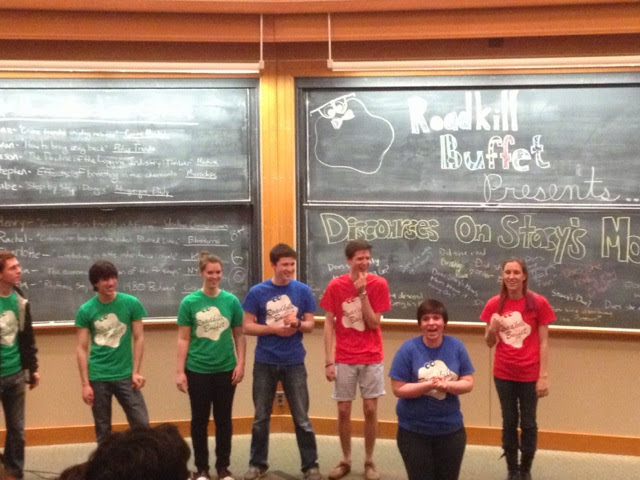 Plus, who wouldn’t want to hang out with these AXO girls? 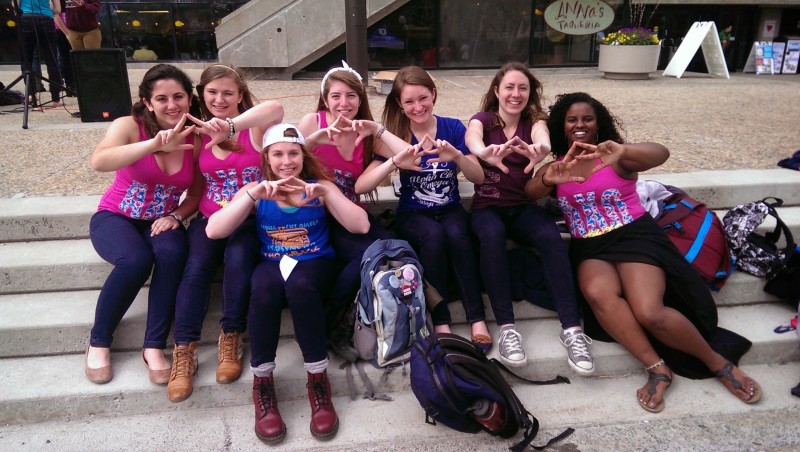