so that we can learn to pick ourselves up

Reflecting on the lessons of last semester, I knew I was going to have to kick it into high gear for my 6.042 exam on Wednesday.

I spent all of Monday night from 8pm to 2am studying. I woke up promptly at 7:30 on Tuesday and studied until 11:30am. That night, after juggling through all of my other commitments, I studied from 10pm to 2:30am. Then on Wednesday, I squeezed in some final study time from 10am to 12:30pm before taking the exam at 1pm.

I went through all the problems, thinking hard about how to solve them and recalling past problems to guide me. I wrote down everything I knew, tried different things, and came up with what I thought were acceptable answers. I barely finished on time and handed in my exam, semi-confident in my answers, overhearing everyone around me discussing how it was “sorta easy”.

Geez, I can’t seem to catch a break. I’m getting a little tired of the “studying harder than I ever had before” and “still failing”. At least I did better than on my 14.02 exam back in December. It’s becoming easy to fall into the trap of thinking “I’m stupid. MIT made a mistake in accepting me.” But I often overlook that I’m not a unique case. Nearly everyone else at MIT feels hosed and struggles as much as, if not more than I do, even if they don’t look like it

An important lesson: no matter how “screwed” you think you are, someone is always going to undercut you and counter your “I only got 5 hours of sleep/studied for 8 hours and still failed!” with a “I only got 3 hours of sleep/studied for 20 hours/went to office hours and still failed!”. Regardless of the exact quantities, it seems clear that attempting to defend oneself with a wall of “But I did so much of this and that” does nothing. So then what do we do? We try again. But then one might say “But I keep studying harder and harder and harder for each exam but my scores never get better. I don’t know what to do different” I feel ya. And it may be different from person to person. I had increased the amount of time I studied tremendously and that didn’t help. I switched to studying the text intensively to understand the concepts and that didn’t help. It seems that no matter what I try I keep failing. 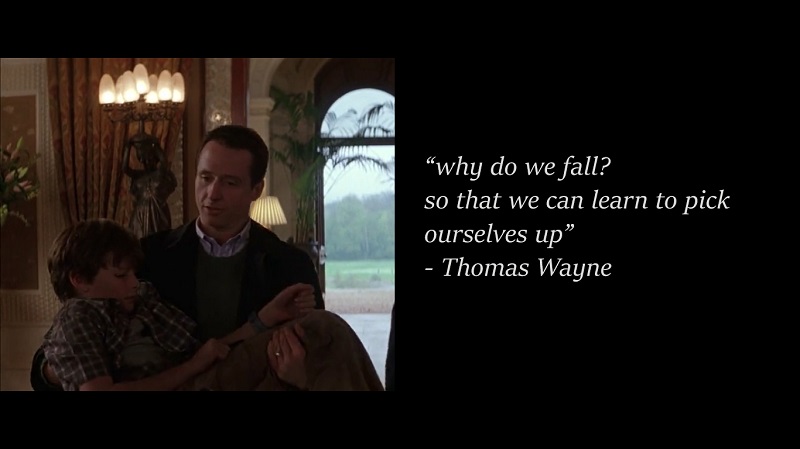 There you go, you’re now on your first step to becoming Batman.

Yesterday I met with my 6.042 professor and department advisor Albert Meyer to discuss my performance. He told me that my studying was inefficient. My study plan had been rereading every single chapter and going through all the lecture videos and prep problems, thinking that was the way I could best understand everything we’ve covered. Meyer explained to me that that was a very inefficient use of my time and that I should instead go straight to doing problems and to review the lectures and book only when I got stuck. Doing it this way maximizes the time you spend on problems, which is, surprise, what the exams are made out of. This was a very promising solution, for I spent hours and hours reading text and watching lectures, but when I sat down to do problems, I could barely do any of them without first looking at the solution guide.

It’s hard for me to admit that my studying is still inefficient after all this time at MIT. But I admit it and that I need to keep growing. My current action plan is to minimize watching lectures and reading the text and instead to practice more problems. It’s funny because 6.042 in itself is taught in a flipped classroom style to maximize working on such problems. And all of the 6.042 staff are saying that most students who do badly on the first midterm realize that they don’t understand the material and they usually turn things around by the second midterm. I intend to be one of them.

I also started thinking about how this translates into the real world and how intentions mean squat if you’re not getting it right. Last week, at a leadership training program called UPOP, one of the things we talked about was the Challenger disaster. Afterwards I thought about the idea of being the head engineer and running up to my boss after the disaster proclaiming, “But I spent 20 hours studying, went to office hours, and read all the readings, I couldn’t have failed?” and thinking that excuse would go over well. A little grim, but it really puts things into perspective. This was just an exam. It’s basically a simulation. Training.

There you go, you’re now on your first step to becoming Theodore Roosevelt.

So yeah, I guess my point is keep on trekking. It’s only gonna get harder, but it’ll make you stronger if you let it. Work smarter, not harder, but keep working nonetheless. IHTFP.