the battle for awesome (fictitious) alumni

Most of my entries center around things I’ve learned or experienced in my always interesting (if occasionally miserable) time trudging through the 4 years of masochistic glory that is MIT.

This is not one of those entries.

Instead, I want to focus on something much more grandiose, much more important––and much MUCH geekier.

Some brief background: MIT apparently leads the pack of Ivy+ institutions in Facebook page “likes”. Cornell is super jealous, and they started trash talking a bit with this message: 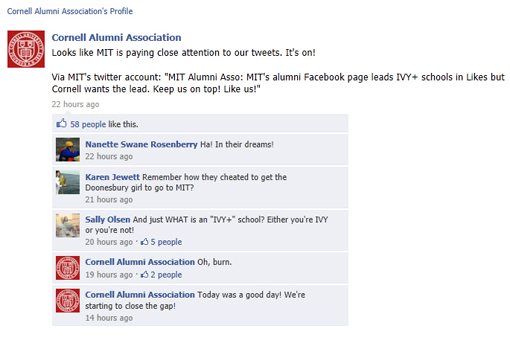 Notice the comment about the Doonesbury girl. What they’re whining about is that in 2006, the writer of Doonesbury put up a poll on Doonesbury.com asking readers where Alex should go to college. As nerds procrastinating psets are want to do, MIT students hacked the poll and snagged 48% of the total votes in favor of MIT. Since such tactics weren’t explicitly forbidden (and because who’d want to piss off such a pasty, intimidating tour-de-geek-force) the writer decided “the will, chutzpah, and bodacious craft of the voting public will be respected.” And in an admissions decision to surely make any student jealous, just like that Alex was going to MIT.

In light of this complaint, MIT and Cornell have entered into a “ficticious alumni faceoff”, presumably because Cornell isn’t tired of losing yet. The whole thing can’t even be called a contest as much as an exhibition because there’s absolutely no way Cornell can compete with the impressive list of fictional MIT alumni. But why let me tell you want to think (HINT: because I’m right). Read on about them:

Ok, maybe not super strong cool-guy out of the gate, but he’s relatable, lovable and he’s got “the knack” 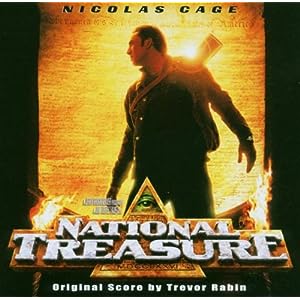 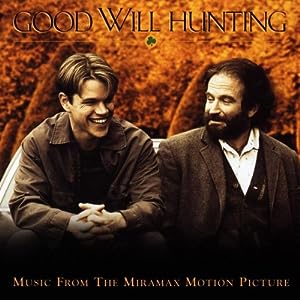 That means half of the Fantastic 4 are from MIT. Apparently getting into the the elite super hero group is a bit easier than getting in.

Yes, even non-humans aspire to grace the halls of the ‘tvte. No word on where Rocky went.

Ok, maybe not a great example as far as “Doing good things” goes, but you can’t deny that he’s super smart. Maybe just a little malaligned. 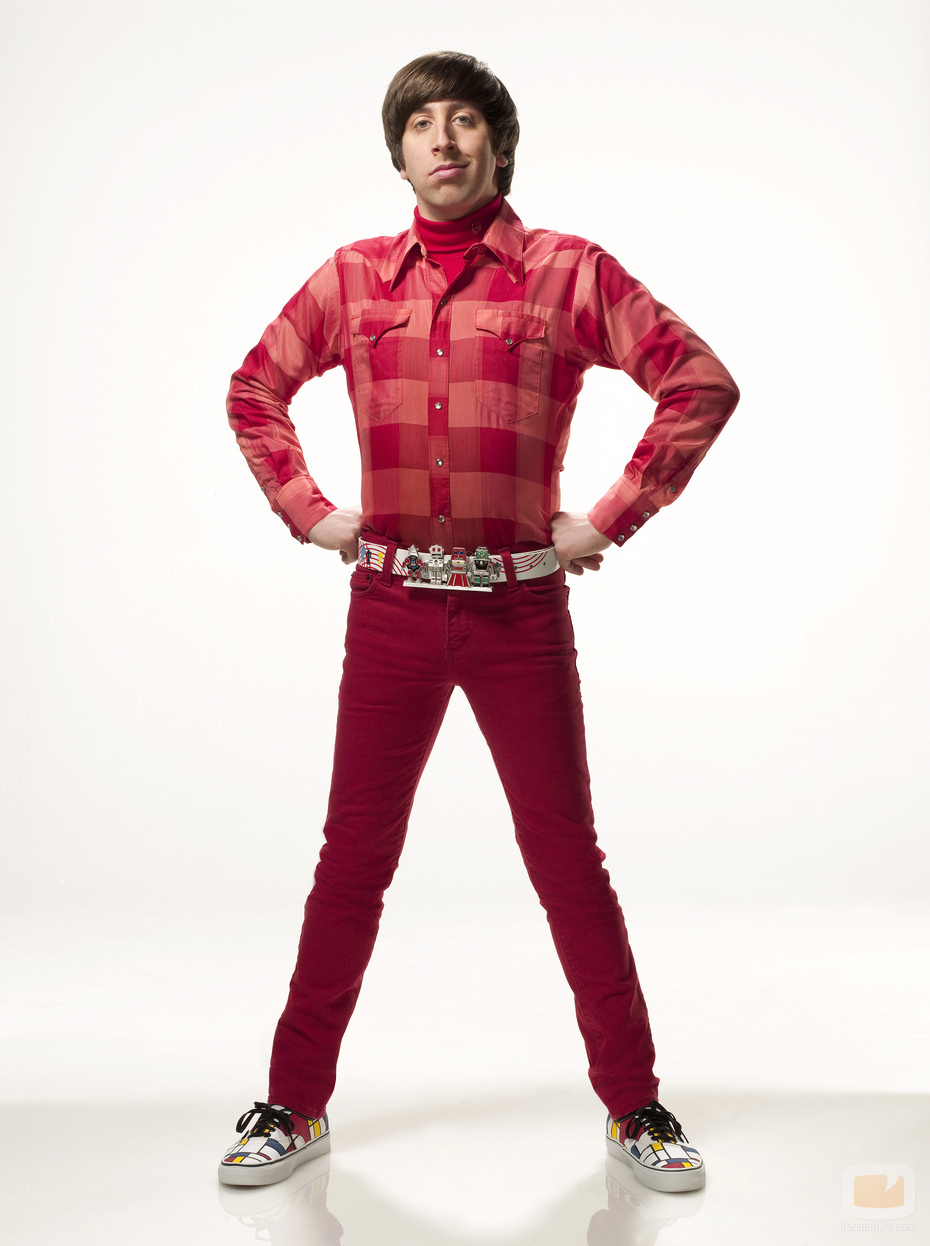 Yeah….not neccesarily the best example for a lot of arguments either, but he’s an engineer for NASA. He drives the martian rover. Thatmight be worth the neon mock-necks and tight pants. Maybe.

and of course, our trump card:

If the rest of the list didn’t exist, we’d still win with Tony Stark alone. The guy has it all. Wealth, women, cool cars, robot assistants, a sense of humor and charm, and genius enough to build a compact fusion reactor out of scraps in the desert, not to mention building his own mechatronic suit to be a superhero. No “baby I was born this way” origin story for him, no “Wayne Corp. makes my stuff, I just buy it”, Tony Stark designs, builds, and uses all of his stuff.

Any doubts? Of course not. How could you compete with that?