four years of this would've been great

No pset, no exam, no looming deadline. I spent the past 14 hours working on stuff for the MIT 100K Competition.

I started helping out with the 100K back in February, when the team was mainly grad students with very few undergrads (Now I’m excited a lot more of my undergrad friends are getting involved). In my time with the team, I’ve learned so much about the MIT startup community. One of the projects I’m co-leading is building a database of alumni, so last day and night I spent a lot of time researching past competitors. Looks like combing through article after article across the Web piecing together fragments of the 100K’s rich history has been so much fun that I lost track of time.

The competition started in 1989 as the MIT 10K Competition by Richard Durling-Shyduroff, Douglas Ling, and Peter Mui. They envisioned a cross-campus event that brought MIT’s varied schools together to identify and support innovative ideas on campus.

28 years later, the competition has helped start some of MIT’s most innovative companies from HubSpot to Akamai to Harmonix, the makers of Guitar Hero, to Terrafugia, who are in the process of making flying cars. Many of the startups have gone on to join incubators like Delta V, MassChallenge, and even YCombinator. Then they go on to raise funds from various sources like VC firms or government grants. Our most successful startup in terms of numbers thus far is Silicon Spice, which was acquired by Broadcom for $1.24 billion.

The competition occurs three times a year, once in the fall, once in the winter, and once in the spring. The fall competition, Pitch, just happened on Nov 1st, and it was amazing. 10-250 was filled with students, faculty, entrepreneurs, scientists, investors, and journalists, all eager to see the next wave of MIT startups present, some for the first time. 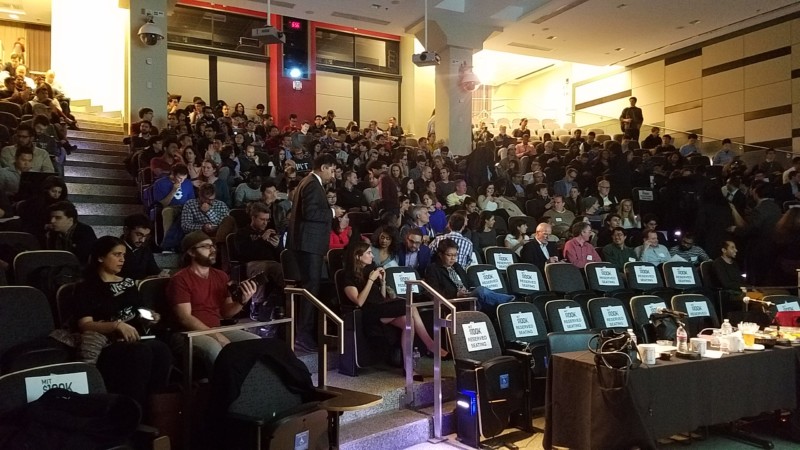 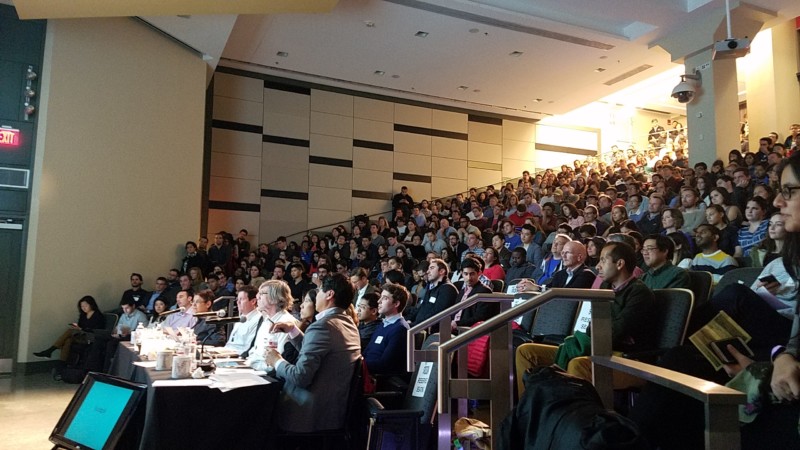 The companies presenting this year were interesting. The winner of the Pitch grand prize of $3,000 was High Q Imaging, a portable MRI scanner. Infinite Cooling won runner up of $2,000, which has a patent-pending way of capturing evaporated water from power plants and reusing it. Finally, Smart News won the Audience Choice Award of $2,000, and was started by an MIT Sloan student who previously worked for HubSpot, another 100K alumni company. 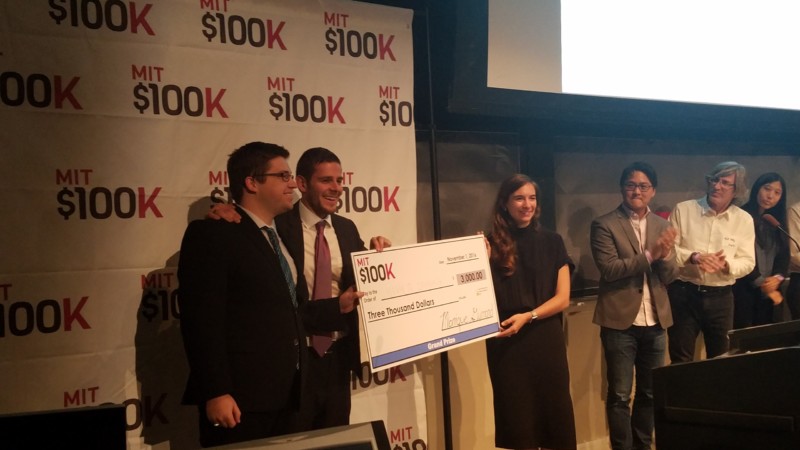 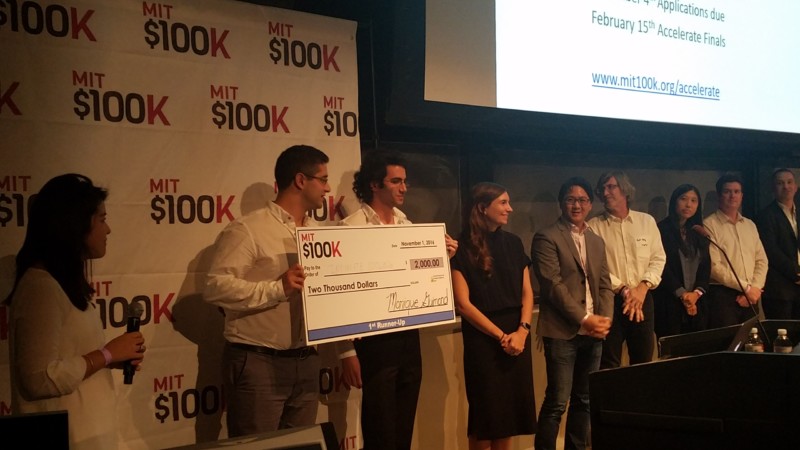 Infinite Cooling accepting 1st Runner Up, alongside they keynote speaker Natalya Brikner and the judging panel

At the beginning of this year I applied to be a student partner at several VC firms in the area. When I was rejected, I was bummed out because I wanted to spend the year getting immersed in startups. But I found that through the 100K I got exactly what I wanted: exposure to all different kinds of startups. During our spring Launch Competition, I got the opportunity to sit in on the closed judging for the semi-finalists. I listed to the pitches, what went well and what didn’t go well. I got to hear what feedback the judges gave the startups but more importantly what the judges said to each other about the startup once that startup had left the room and there was no more need for a filter.

It’s been a great experience so far, and I’m looking forward to the next year. Our first meeting since our fall competition is tonight. And I can’t wait to start planning our winter competition.