These past few days have felt as though they’re from someone else’s life.

While typically I sleep early, avoid daily runs, and don’t take things that don’t belong to me, I’ve spent the past 100+ hours staying up super-late, diligently going running, and swiping free food and giveaways that should rightfully go to the extremely awesome ’14s (seriously, I love the freshmen) now dashing about campus.

Essentially, I’ve been trying to do everything possible to distract myself from the fact that Camp Kesem 2010 is over and I’m back in the Real World – which sadly doesn’t have nearly as many hugs, spontaneous bursts of song, or sunbutter. Despite my most spirited efforts, however, I have gone into CK withdrawal.

I wouldn’t have believed you if, before camp began, you had told me that I would soon have a six-year-old in my arms, crying about how hard it was for her to see her mother sick, how her fifth and sixth birthdays were events she wanted to forget, and how she sometimes had to make meals on her own for herself and her two brothers.

I wouldn’t have believed you if you had told me that in one week, a single group of college students could take a boy with an autism spectrum disorder who sprinted away when people approached to a boy who agreed to (albeit reluctantly) give goodbye hugs on the last day, participate in games, and initiate conversations.

I wouldn’t have believed you if you had told me that during my time at camp, I would forget about MIT, about home, about my laptop and reliable Internet/cell phone access, and that I would replace them all with the overwhelming satisfaction of playing Capture the Flag, dancing with seven-year-olds to the addicting melodies of Lady Gaga, and initiating a brief but awesome water war with a couple campers and a counselor, along with a glitter war with another counselor that continues to this day.

I wouldn’t have believed you if you had said the return to MIT would hit me so hard that I would lie awake in my bed at 1 a.m. the night camp ended, staring at a drawing one of my campers gave me, and craving only the company of the magical people whose hugs I welcomed and whose stories and experiences I will never forget.

And yet, it all happened.

We kicked off CK ’10 with a welcome ceremony for all our campers, in which counselors performed short skits. As a counselor for the Egyptians team, I posed Egyptian-style, with one hand in front of me and one behind, and made up half the second layer of a human pyramid. We cheered as, at the end of our skit, our group’s campers ran through an arch of balloons and towards us, giving us high fives as they raced past. We spent the first night at camp making s’mores; one of my campers bashfully asked if I would be her s’mores-making partner. I think that was the first of many times my heart melted at camp.

The beauty of Camp Kesem 2010 was that despite the cold weather, the rain, and the consequent last-minute schedule changes that had to made, the kids loved it. We saw them grow closer, more confident, more comfortable, more outgoing. There were smiles and laughs and cheesy jokes. There was the O.R.T. report song (currently stuck in my head) that was sung at nearly every meal; O.R.T. stood for Our Remaining Tidbits and basically included anything that could not be used as compost. It was a daily contest to see if we could get less than a pound of O.R.T.; when we succeeded, the campsite staff came up with an O.R.T. version of “I Gotta Feeling.” It was brilliant.

The most powerful portion of CK took place on Wednesday, at a ceremony called Empowerment. Every counselor and every camper sat down in a huge circle, and as the rain pattered against the windows, the campers began to open up one by one and share their thoughts and feelings. They held a ball of yarn when they spoke, and while holding on to the hanging end of yarn, tossed the ball to the next speaker when they were done. At the end, there was a giant web of yarn that stretched across the full expanse of the room. We made bracelets out of that web. I still have mine on.

I completely passed out on the bus ride back to MIT, but my dreams both then and now are filled with CK:

I miss the girls who lived in my cabin, who called me Kiwi (my camp name) and showered me with love. 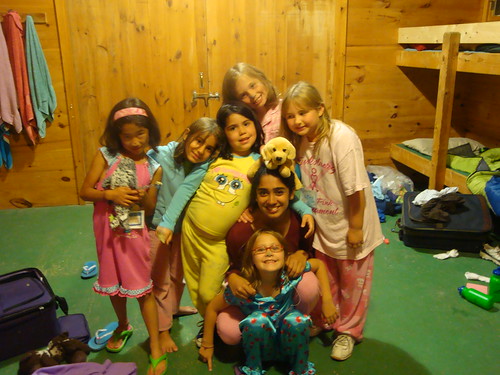 I miss the camp doc, Baloo, who trusted me enough to help him out during the week. 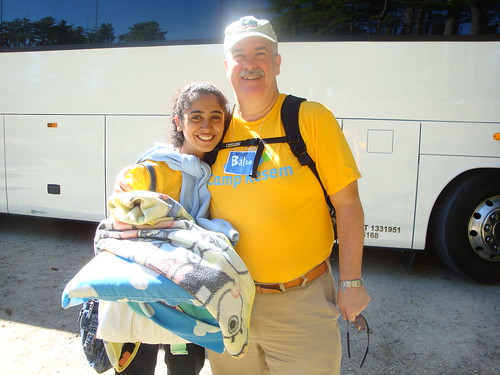 I miss taking pictures like this – unique and treasured snapshots that take you back to a single, joyous moment, with all its smells, sights, and sounds. 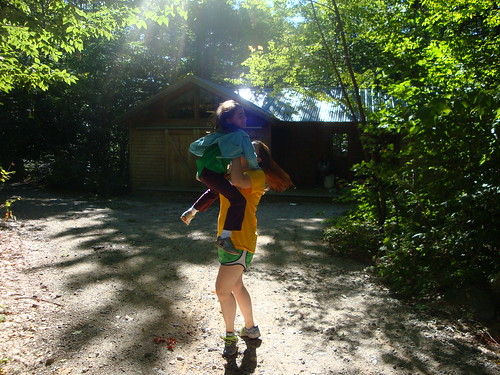 I miss being completely silly – and having that be entirely normal. 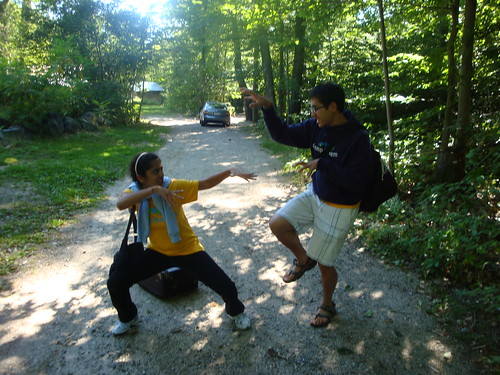