writing and faeries by Amber V. '24

reflections on my classes at Harvard

I took two classes at Harvard! I wrote down my first impressions, and now, upon leaving, I have a few more reflections — mainly that exposing myself to different perspectives and value systems was incredibly worthwhile.

I took The Folklore of Gaelic Ireland for the fairies and witches element, but I learned so much more. Irish folklore is quite vibrant and diverse. We learned Daniel O’Connell, a well-loved historical figure who has been raised to mythical proportions. We also dipped into the Fenian Cycle, stories about the hero Finn mac Cumhaill, famous across all of Ireland. I love this type of legend cycle, where there are many overlapping, sometimes contradictory tales, such that there is no singular canon, and the sum of parts is always greater than the whole.

I gained a much deeper understanding of not just the mythical understanding of the Fae — which has become a common archetype in many fantasy and YA novels — but also witches and fairies in medieval and industrial society. The concept of the Fae was used to grieve loved ones, ie a mother that died in childbirth would be said to have been taken by the fairies to nurse a fairy child. But the Fae were also to ostracize individuals that society deemed unworthy — witch trials are a clear example. That juxtaposition is so interesting to me and definitely something I hope to explore further.

Writing and Re-Telling Fairy Tales was probably the best writing workshop I’ve been in.

The professor set out the guidelines of workshop right way: we were to first discuss the strengths of the story, then address a list of questions the author had prepared, which mostly translated to aspects of the story which could be improved. Finally, the author came up with a few extra questions on the spot, which we also delved in to.

I’ve never recevied such harsh but simultaneously useful feedback. It was also lovely to be in a space where I could see my impressions of my peers’ work reflected by others. We were learning how to make our own work better by examining the flaws and strengths in each others’ writing. I’ve been in workshops where it felt difficult to address flaws directly, for fear of hurting the author’s feelings; in contrast, this atmosphere allows us to pick apart the flaws deeply, in a way that still respected the value of the writing.

This was also my first explicitly genre-focused class. I enjoyed that immensely since the needs for genre and literary writing are different. Everyone here focused on genre-specific elements, like pacing and plot arc, as well as universal writing elements, such as development of characters and setting.

I also met another MechE student at MIT who writes adult fantasy, which was a wonderful surprise! Her heist story was solid; it read like something you’d take off the shelf. 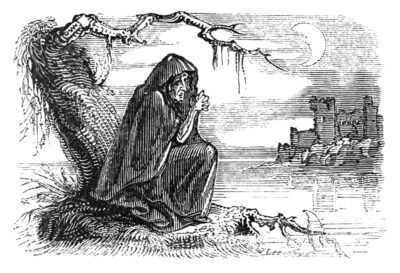 woodcut of banshee under a tree; the banshee mythos was one of my favorite things to learn

Harvard classes on the whole were harder than MIT HASS classes. This is partially due to my own preconceived notions: I came to Gaelic Folklore expecting to do more work, so I completed a greater portion of the readings than I have at any MIT class. However, they also graded more harshly. I received my first B on a college essay in that class, and their feedback was relevant and insightful — here’s to hoping I did better on the final essay.

In these two classes, I read about 100-200 pages per week. Half of that was fiction, which is easier than the academic papers I’ve had assigned each week in sociology and anthropology classes at MIT. On the other hand, I paid more attention to the fiction since it was written by my peers, and I wanted to pay respect to their work and the ethos of the writing workshop.

I can safely say that I spent more hours reading this semester than any semester prior, and absorbed the content far better. 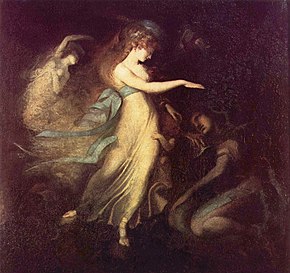 fairy by Johann Heinrich. Legends of the Fae, originating in Ireland and Scotland, have spread across the globe

the travel time was actually fairly inconvenient. In the morning, there are often delivery trucks parked in the bike lane to offload produce, so you have to swerve directly into the streets. The bike lane is quite narrow compared to the luxuriously wide ones in Denmark and other parts of Europe. All told, there were many days I simply felt too tired to deal with the stress of biking in traffic, so I took the bus instead.

The bus is frequently late, meaning the arrival window is ~15 minutes, so it would take 20-40 minutes to travel the single mile to Harvard. I guess this is standard in American cities, and is the best way for many to commute to work or school. My peers who live across the river certainly make it work. Coming from a city where I drove six miles to school in 15 minutes, the long commute felt burdensome.

However, I think I will shoulder the commute again — just ideally not four days per week. 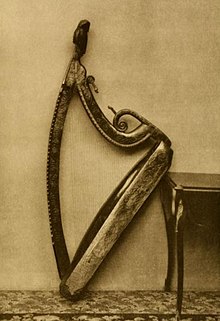 Celtic harp, traditionally played with fingernails (though playing with the fingers was popularized over a century ago)

These classes also pushed me to take advantage of school library systems, which I don’t typically do. At the behest of my writing professor, I checked out a few short story books with a similar second-person style to the piece I was writing. Having thus remembered that books are not only free but also can be read during the semester, I checked out some more for research for my Gaelic Folklore final. One of these was available as a digital loan, which was a welcome relief after finding that it wasn’t on libgen. Then, in a rush of power, I checked out books that had nothing to do with academics. MIT’s libraries let you borrow books for 60 days at a time! I’m taking Stone Butch Blues with me to Brazil over IAP now.⁠01 not reading it, though, I finished it while writing this blog

The most valuable takeaway from classes at Harvard was exposure to different academic perspectives. On my last day of Gaelic Folklore, we set up a ceili and ate soda bread and shortbread cookies. Two grad students were discussing their master’s degrees in Ireland, and a senior shared her plans to study animal husbandry in Ireland for her gap year before applying for immigration and a master’s thesis. While there are people with diverse passions at MIT, most of us are deciding how to balance that passion with a career in STEM. This deep dedication to a humanities field was so different for me, and so welcome.

My classmates in the writing workshop had equally diverse interests, all engineered towards pursuing a writing career in this tumultuous market. One pre-med student was taking a gap year to focus on writing and publishing before she went to med school. Another student had a degree in teaching and devoted summers to writing. There was also the MIT MechE major whose projected career path was not too different from mine. Several students in the workshop majored in English and devoted the majority of their time to reading and writing; but many others majored in engineering and science, and still incorporated writing into their lives.

I’ve been toying with getting an MEng⁠02 one-year master’s of engineering, offered to select engineering departments at MIT after undergrad, since I would enjoy learning more thermo and manufacturing skills before pursuing a career in industry. During this semester, I remembered I could consider other options, too. Master’s degrees in humanities exist — and some look incredibly tempting.

I hope to take more classes at Harvard in the semesters to come; I learned a lot, and there’s always more to discover.