A Note of Hope for Freshmen at Career Fair by Anelise N. '19

MIT’s (in)famous fall career fair is this coming Friday…which means campus is already gearing up for the mad rush for jobs and free goodies. People are lining up in Lobby 10 to collect their booklets and nametags; students are printing leaflets of resumes before the printers get tied up on Thursday evening; and companies are already staking out meeting rooms around campus to dispense food and swag to interested students. We even have a student holiday on Friday so people can focus on finding employment. It’s pretty crazy. 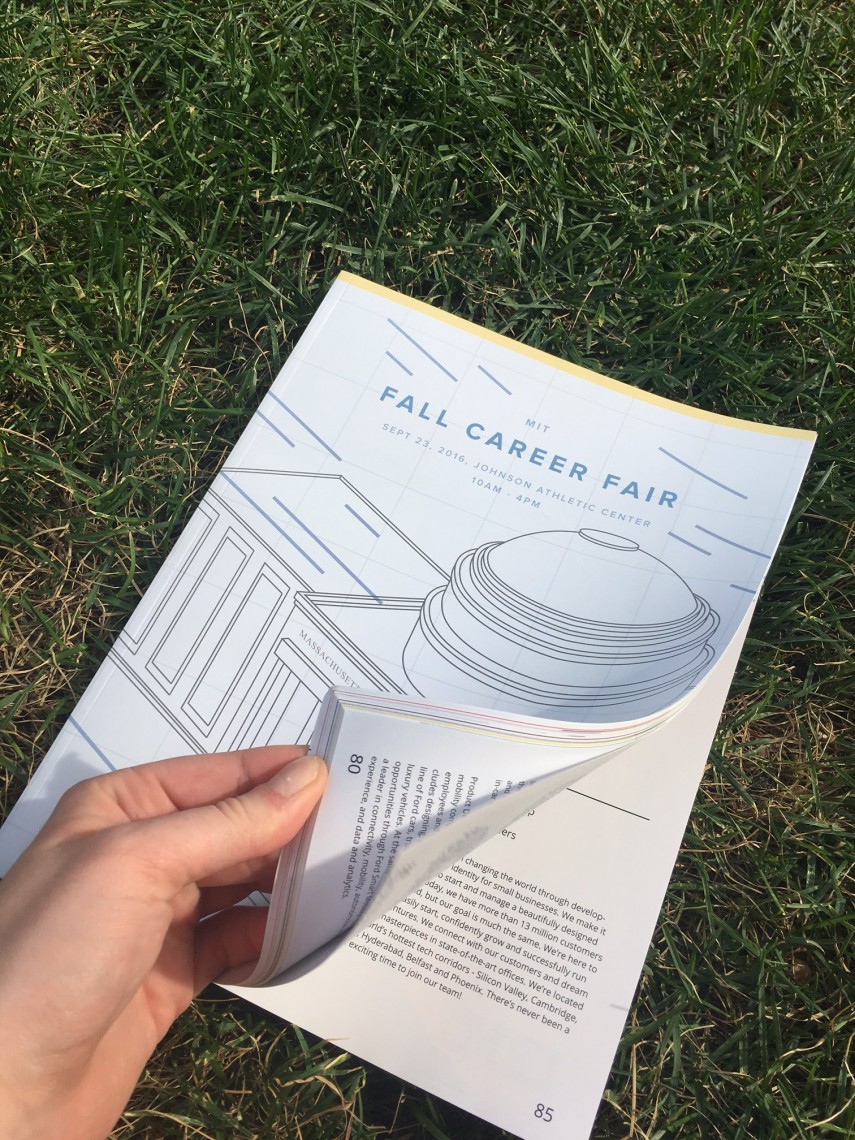 Career fair is so intense, MIT publishes an entire bound magazine listing all the companies that are coming. This is my homework for Friday!

It’s even crazier if you’re a first-semester freshman and you don’t know what business casual means, much less how to find a job. So for most freshmen, career fairs turn into a giant corporate scavenger hunt where you can stock up on assorted knickknacks like water bottles, pens, phone card-holders, and enough T-shirts to not have to do laundry until after finals week. :D

A lot of this behavior is motivated by a sense of resignation. Common wisdom around MIT says that freshmen can’t get jobs at career fairs. I can’t emphasize this enough: this advice is NOT TRUE.

Freshmen can and do find interesting, relevant summer jobs. If you put yourself out there, there is definitely a chance that someone will want to hire you! 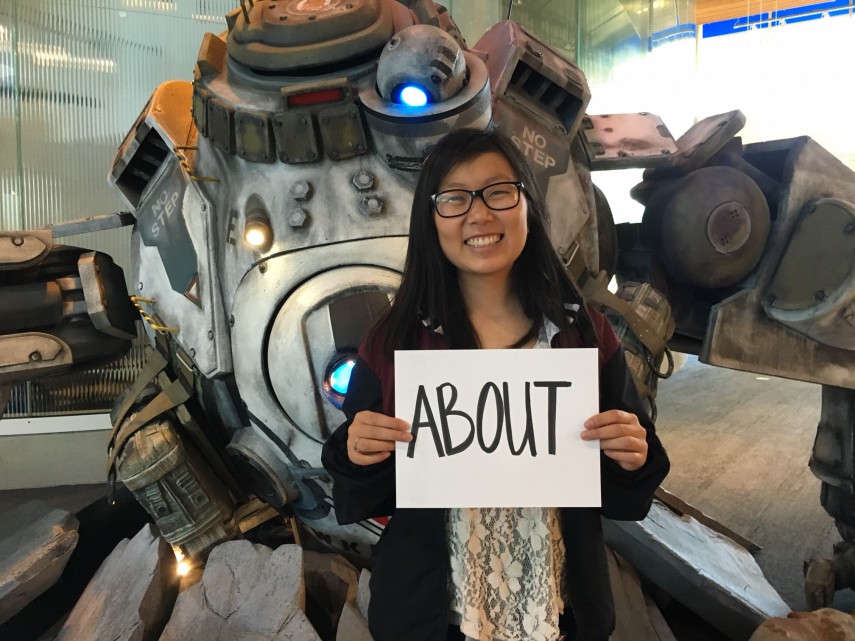 This is my friend Angela. She worked at EA Games  over the summer. Yes, she is a 2019!
Also, if you’re wondering why she’s holding a sign that says “ABOUT”, try to find her here ;)

I was so jealous of my friend Helen–she was working at the ed-tech company edX over the summer. 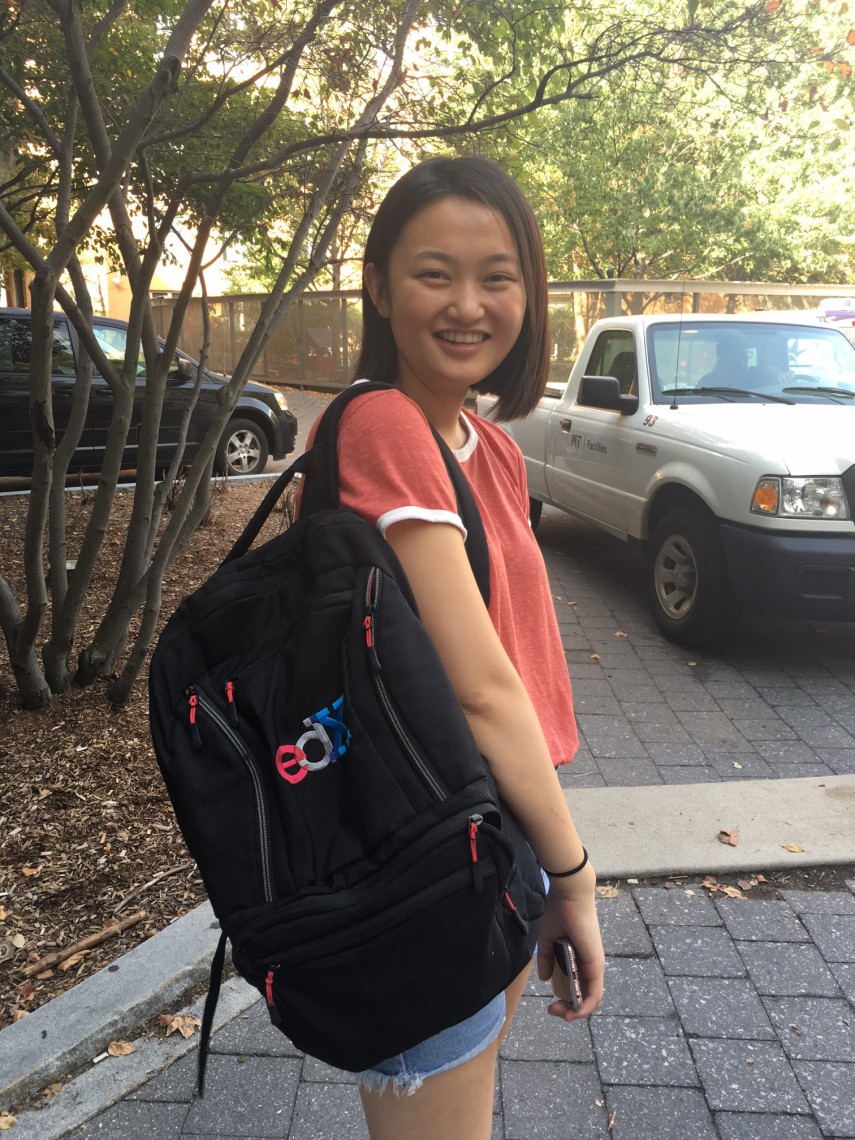 And Kevin worked at Ori Systems in Boston, a design firm that makes transformable appliances/furniture for space-constrained urban housing! (Which looks super cool!) (Also if you haven’t seen his blog post on resume-writing yet, definitely check it out!)

These are only a handful of the 2019s I know who ended up interning over the summer. Disclaimer: most of these people were working in Computer Science—but I also know of people who found internships in Mechanical Engineering, Aerospace, and a variety of other fields!

I was the last person I thought would get a summer job. I mean, I’d done some UROPs and taken some basic programming classes, but I’d never worked in a tech company before.

But by spring of last year, I realized I really wanted to be in California for the summer. I wanted to spend time with my family, and I needed to get off-campus and out of town so that I wouldn’t start feeling burnt out before sophomore year even started. Problem was, I had to find something productive to do in Cali. In other words, I had to find a job….

On the eve of xFair (MIT’s biggest spring career fair) I thumbed through the directory of companies and circled all the firms with offices in or near LA. I knew my chances of finding a job were pretty dismal, so I tried to compensate by talking to as many people I could. One of the people I talked to was the representative from PlayStation. He eventually called me back for a phone screening. That led to a Skype interview with a few members of a development team, and eventually I was offered a position as a front-end development intern in San Francisco. I was absolutely surprised and delighted.

It was awesome. (See this blog post!) I learned a ton, got valuable experience, and had a great time.

So basically my advice for freshmen would be: don’t sell yourself short! If you want a job, go for it. You get lucky when you open yourself to opportunities.

Important tips for bluffing your way through a freshman-year career fair.