And maybe a problem set

I was fifteen and intensely naïve when I graduated from high school and took a gap year.

The story of how I decided to take a gap year is probably best saved for another blog post; the important thing is that I did. What can you gain from an entire year free from the bondage of school? Well, the obvious things…twelve months without school is fun, right? Eternal freedom. No homework. Staying up past midnight every night. The dream life. Well, no! No! It’s not fine at all!

The first few weeks of this unusual freedom were rife with extravagant eating, curling up in front of my ancient laptop narrowing down my list of unwatched movies and prodding my siblings ever-so-often to end their summer vacation and return to school already. Of course, they eventually did, and for a long time, I was alone.

It’s hard to value companionship until you’re starved of it, and my stomach folded into thin layers after most of my high school friends vanished to college, taking on new spheres of life. I grew to resent staying at home, doing nothing, being nothing.

I did find a few ways to pass time. I wrote. I wrote a lot. I taught occasionally at my high school, which was a walking distance from where I lived. I tried old math olympiad problems that would have otherwise remained forgotten in dingy, cobwebbed boxes and heard them sigh with relief at renewed importance.

I also had a slew of random adventures. I fell into a gutter one evening, scraping my knees and hands. I traveled to Ghana with my family during Christmas. We got to stay near a beach, and watched the waves pound on rocks all day. My cooking skills diversified somewhat, extending from cooking cereal and tea to cooking rice. And somehow,  I decided to apply to MIT.

I read my acceptance letter on March 14 at 11:30PM. I was alone in my room, listening to the air-conditioner buzz, my body temporarily robbed of air. I watched the decisions page load before me, my heart thumping, my mind screeching out a jumble of half-hopeful rants and justifications to explain every possible scenario that could play out. Seconds later, words poured out onto the screen. My brain exploded for a moment, and my mouth let out a shriek that burst eardrums and sent my parents hurtling into the room.

A month later, I was in the United States for the first time, breathing in the awe of CPW. The sound of happy prefroshes, the view of a majestic dome that sprawled into the sky, the hug from an excited host who repeatedly yelled, “This is awesome!”, the understanding that in every direction I looked stood people with amazing abilities and deeply diverse passions. The Campus Preview Weekend for Admitted Students was an explosive summary of the diversity, passionate energy and power brewing through the very air pockets of MIT, and I was able to breathe it in, atmospheric gases of power I could contemplate, be overwhelmed by, but not fully get used to.

Eventually, I made the decision to attend MIT—how could I not?, my mind yelled—and began the tortuous visa process with the image of the Institute keeping my morale up. As my gap year drew closer to its end, my level of excitement at the prospect of MIT grew. I felt I was readier for college than I might have been upon graduation months ago. I had a greater appreciation for the value of time and had gained new experiences (examples: a growth from no-cooking-skills to hazardous-but-fairly-acceptable-cooking skills, greater time spent with and more appreciation for my family, a chance to work on a huge writing project that eventually became a published novel).

Time seems all too much until it is suddenly not enough, and I realized this the hard way. I distinctly remember the metamorphosis of emotions I got as Orientation drew closer. There was the exhilaration after I got my Student Visa, an understanding that MIT was really not a myth, that I was really going there! Growing nervousness as I realized that yes, yes, I was really going there, this place with those incredible people. A nervousness that became masked, internal terror, a skulking feeling of homesickness and great reluctance to change. But time moved on rudely anyway, paying my feelings no attention. I gave my wonderful family members final, long-lasting hugs and took a flight from Nigeria to the US, with a somewhat annoying tag around my neck that declared “Unaccompanied Minor”.

On the plane, I watched an Indian Movie, smiling through it, and once the movie images relapsed into silence, I realized I was in a machine that was roaring above the ocean, pushing me further and further away from my family. I pushed my head against my seat and cried for a little while. I was a lot better after that. Feelings should never be bottled in.

Seven action movies and an annoying 4-hour layover later, I was in Virginia where my uncle and his family lived. I spent a week with them, and they made sure it was as fun as possible. We went to an amusement park where I bravely risked death on several rides that stretched to the sky. Below is a picture of me (without my glasses for safety reasons) on one of the roller coasters. As you can see, I’m the poster boy for unfazed, unflinching bravery. The girl next to me is my cousin though, and she’s one heck of a screamer. 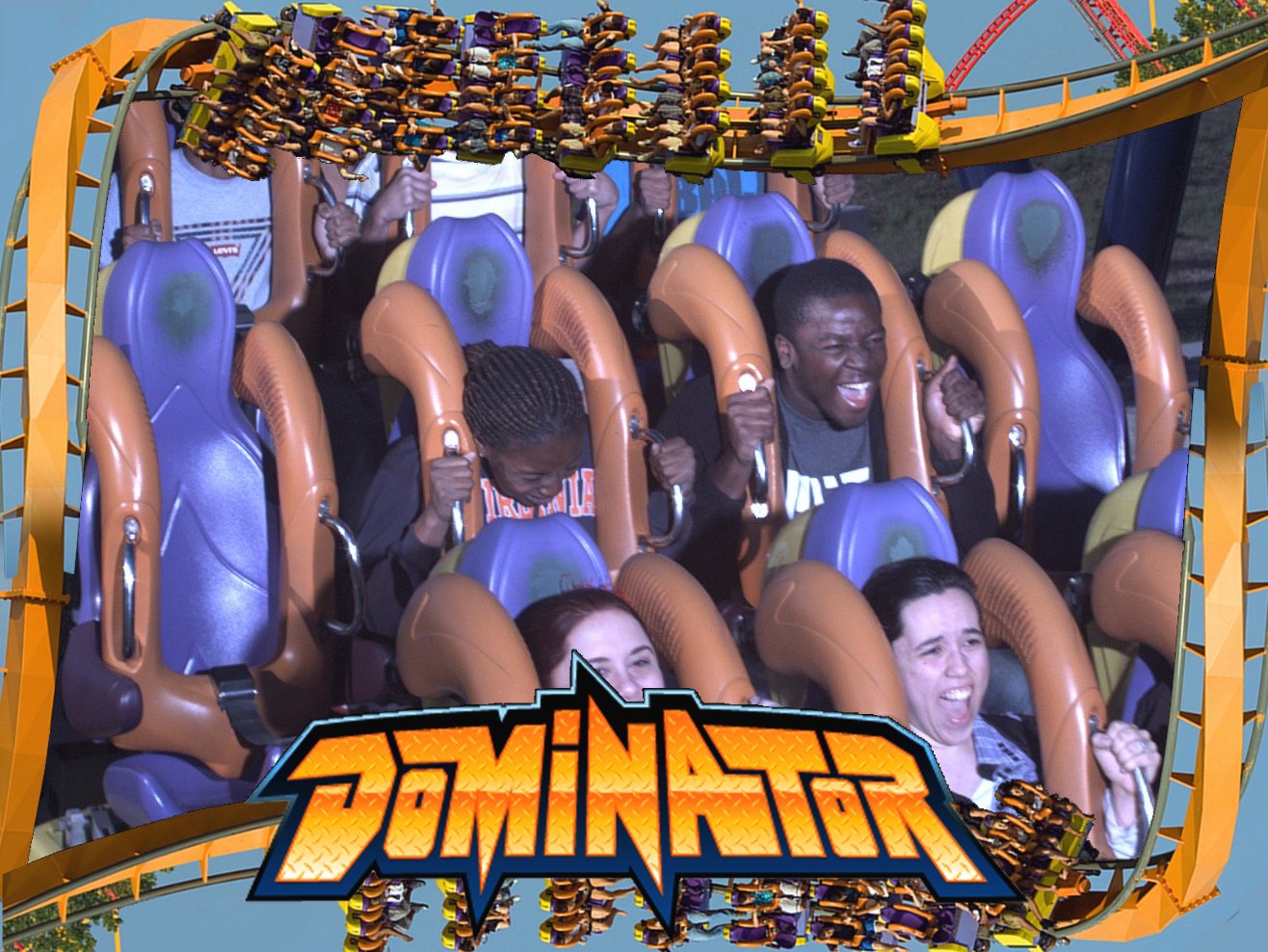 The week I spent with my uncle and his family brimmed with energy. We went shopping endless times. We hung out in a park one nice day for a picnic, during which I got mercilessly attacked by a bunch of merry kids wielding dangerous-looking water guns. We went to different restaurants, where I tried out new food, from shrimp to broccoli to lasagna to some weird meat-like lump I repeatedly poked with my fork before deciding it wasn’t breathing. It was an awesome time, and the atmosphere of glee felt strong enough to last the rest of the week. I thought it would.

If only life weren’t so snide.

On the day I was meant to return to MIT, on the day my excitement was supposed to reach some kind of crescendo, the happy atmosphere turned sour.