As I mentioned here, I’m taking a class called 2.670 during IAP this year. 2.670 is the class that almost every Mechanical Engineering sophomore takes during their IAP since it leads into 2.007, one of the most famous robotics classes at MIT.

Last time I only had pictures of some parts and a toolbox, but now that I’ve finished building my robot I figured I should let you know how things went.

Let’s talk about some of the tools we used first. We used band saws 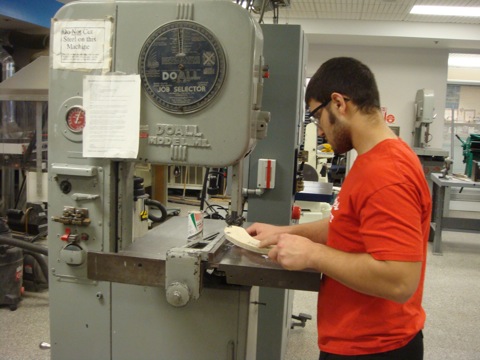 to cut some aluminum brackets. We used mills 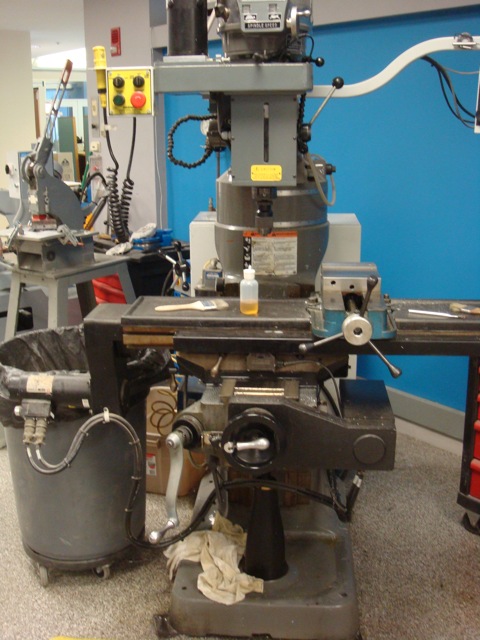 to drill holes in some polystyrene brackets, and we used lathes 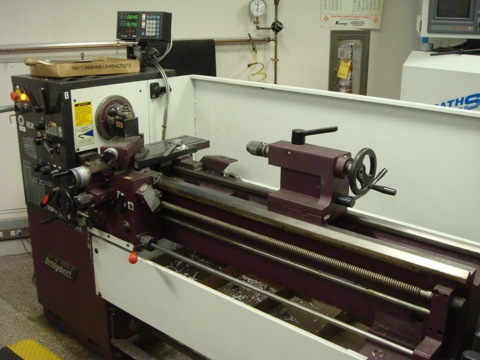 to turn and tap a plug for the end of our bottle. A tool we didn’t use, but look really fancy is a pipe bender. 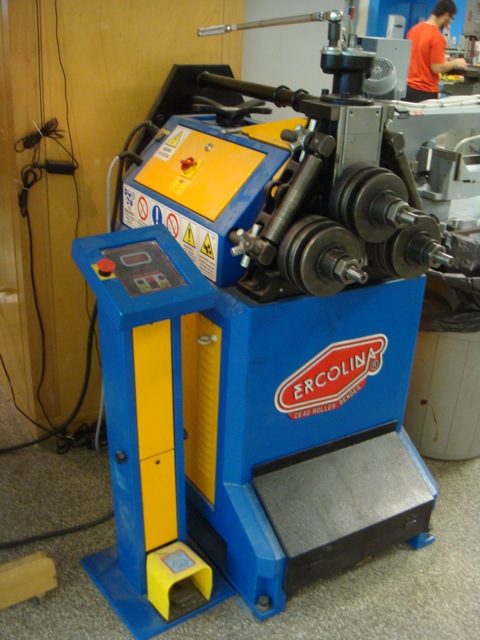 In addition to using heavy machinery, there was a lot of “station work” where students would wander around to various tables to assemble various parts. There was the riveting table, the caster wheel table, the shoulder bolt table, etc. For much of the two weeks, the lab looked a lot like this: 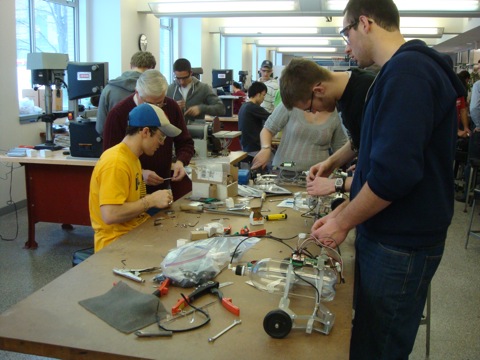 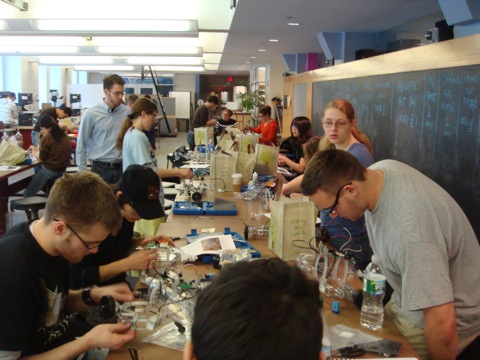 There was also some wiring and coding going on, which justifies the giant table full of random wires, USB->Serial adapters, and 7-segment displays. 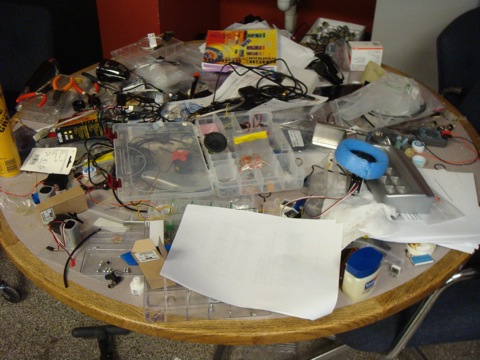 After two weeks of assembling and coding (and a little painting) I ended up with . . . 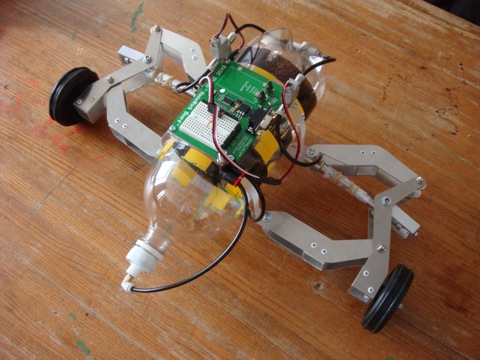 I like to call it a spastic spider bot, even though he only has two legs. I call him spastic because even if you tell him to go straight, he’ll still kind of go wherever he wants. The proof is in the video, I guess, so I present to you what a spastic spider bot looks like when he’s supposed to go straight, turn right, turn left, and then repeat. That’s right, theoretically there’s order to what you’re about to see.

So now I’m done. I have a pistol competition at West Point in a couple of days (this one) and I plan on trying to clean my room/get organized before term starts. Also, Toy Design starts soon and I’m really excited for that! I’m filming this year (have I mentioned that?) and get to visit Hasbro!

Ok, one last thing. Somebody (I don’t remember who) asked about laptops for MechE. I have a different answer now than I’ve had in the past.

If you buy a new laptop now from almost any manufacturer, it’s going to come pre-installed with Vista. SolidWorks DOES NOT run on Vista. No, I don’t care if it’s the Vista version of SolidWorks, it doesn’t work. I’ve tried it on a computer more than capable of running it, I’ve talked to the CAD guys at Hasbro, and I’ve talked with other people. If you’re going to be MechE and run SolidWorks (which you’ll have to) then you NEED Windows XP. Thus, your options are:

1) Buy a Vista laptop and then swap out Vista for XP (MIT will give you a free copy of Windows XP).
2) Buy a Mac and use BootCamp to dual boot with XP (this is what I’m doing, it’s working great)
3) Do whatever you want and use lab computers to run SolidWorks (not ideal)
4) Complain that SolidWorks should run on Linux and then write some crazy code to make it work (also not advised/necessarily possible).