How a short trip to Block Island left me revitalized

Freshman year has come and gone; three more years of MIT separate me from the future. I got a crash course in not burning out – and my mentor was the experience of burning out. Since the next three years won’t take any excuses, I’ve been looking for ways to recharge myself and face the new school year with more energy and more wisdom.

An opportunity came up last weekend, when my family and I took a trip to Block Island, a place several miles off the coast of Rhode Island and roughly three hours away from where I live. We spent the first two or so hours in a car headed toward Point Judith, and then filled in the remaining travel time on a ferry that carried us several miles, going from a dock at Point Judith to the shores of our destination.

As our ferry cast off from Point Judith that afternoon, the skies were overcast. Probably the only things that were clear around me were the oceans – and, for a moment, my mind. Sadly, I only had my cell phone to capture these breath-taking sights (which you can enlarge by clicking on them): 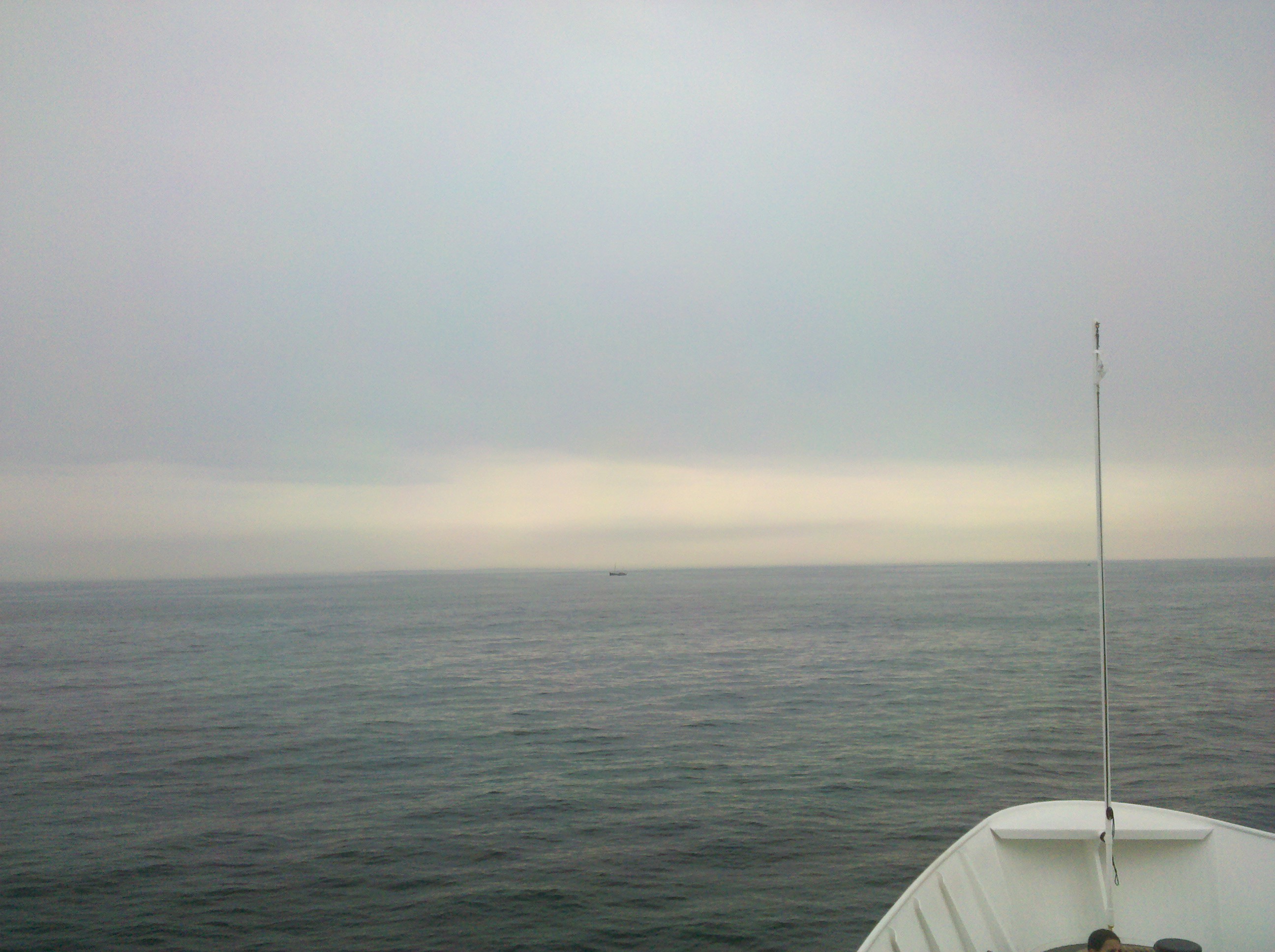 For much of my life, the ocean (or just water in general) and I have had an interesting relationship. Prior to me beginning my freshman year at MIT, it gave me this sinking feeling that I was able to shake off by taking a few swimming classes. As I was on that ferry, my thoughts shifted to what I could conquer now that I felt at ease in and around the water.

More to the point, I daydreamed about what it might be like to own a yacht many years from now, and how I might be able to take it out to the ocean, perhaps letting it sit somewhere kind of far out at sea as the sun set. I mused about reclining in a nice chair out on the deck, enjoying the taste of iced tea and the smell of the salty sea carried on the ocean breeze. I thought about a hypothetical time when all of my fulfilling work would culminate in a different way of life, and a novel way to relax.

But then again, nothing like that just falls into your lap.

As Block Island began to fade into view on the horizon, my focus eased slowly into reality. Once we were right in the dock, my wandering thoughts continued to hang on each new sight that I took in. For our very brief trip to Block Island, my parents and I drove around aimlessly in a Jeep Wrangler with its top folded down, an appropriate vehicle to help us answer a call to adventure that seemed to resonate within us. As my dad turned the key in the ignition for the first time, I vaulted over the rear bumper and jumped in the back seat, and moments later, we took off.

Our first stop was the Southeast Light, located right by the Mohegan Bluffs. Before the lighthouse was declared a national historic landmark in 1997, it risked falling into the ocean, as the nearby bluffs were being steadily eroded. As these images show, though, that story has a happy ending: 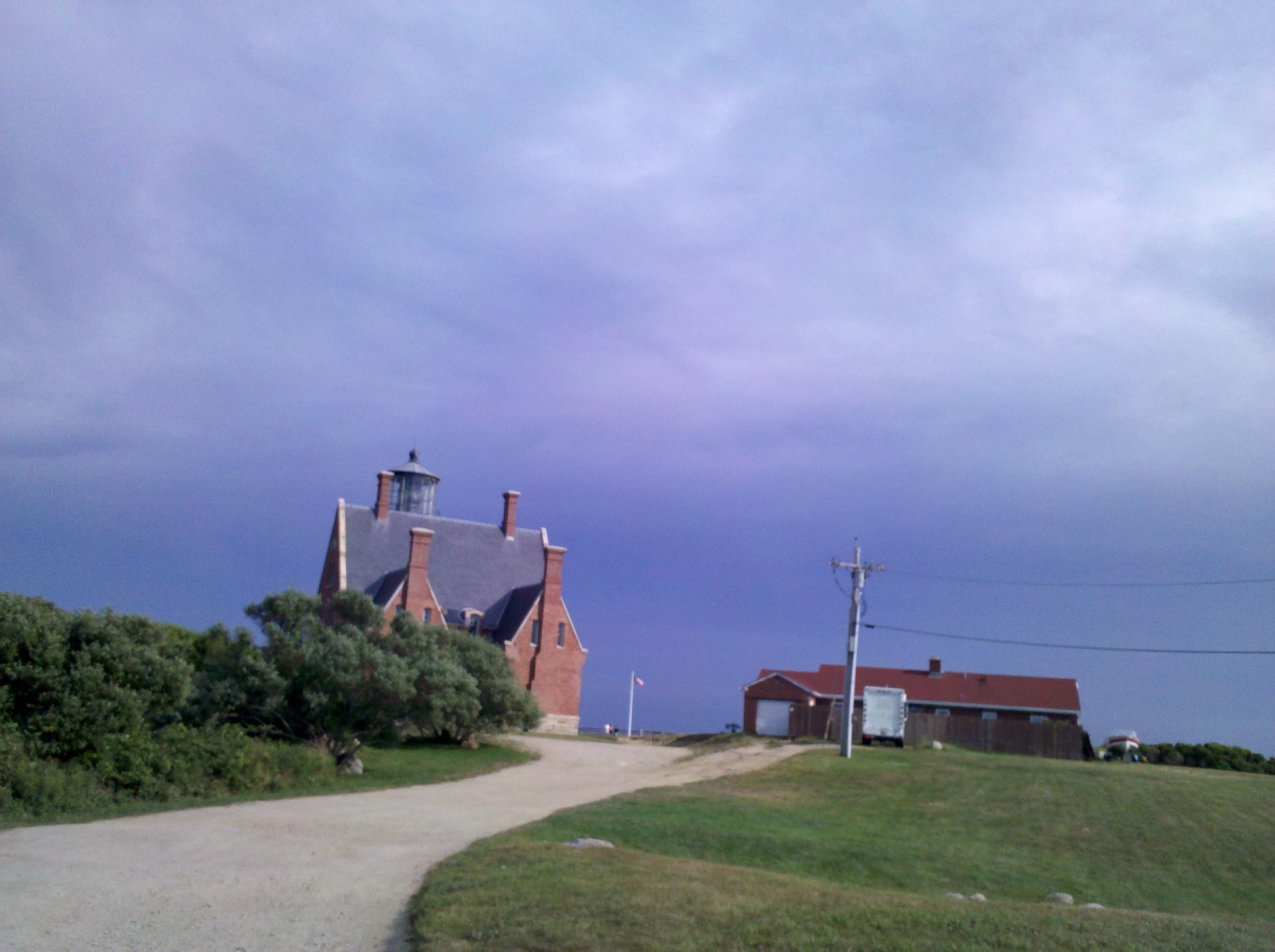 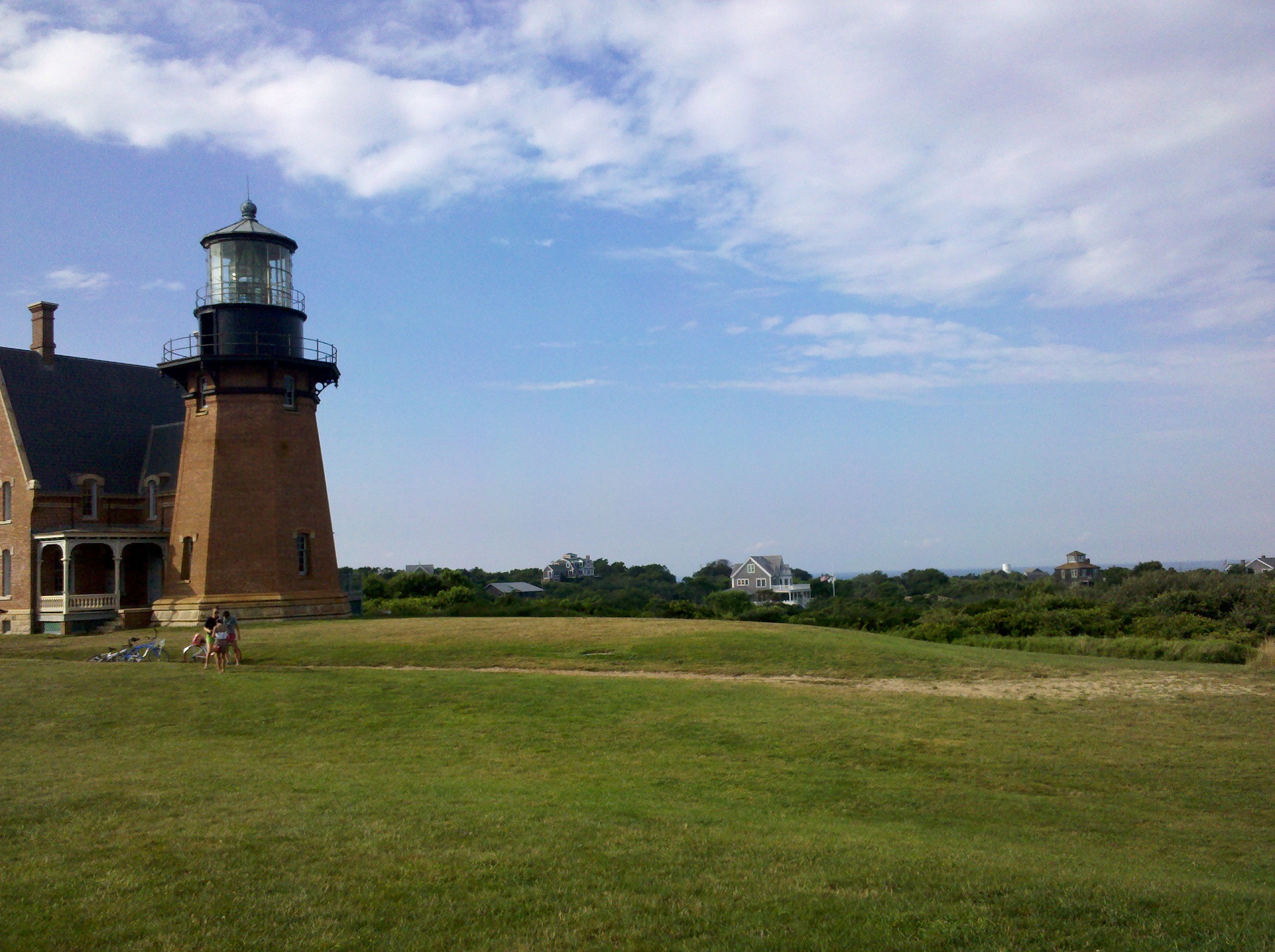 With the lighthouse to one’s back, one need only turn to the right to see the bluffs: 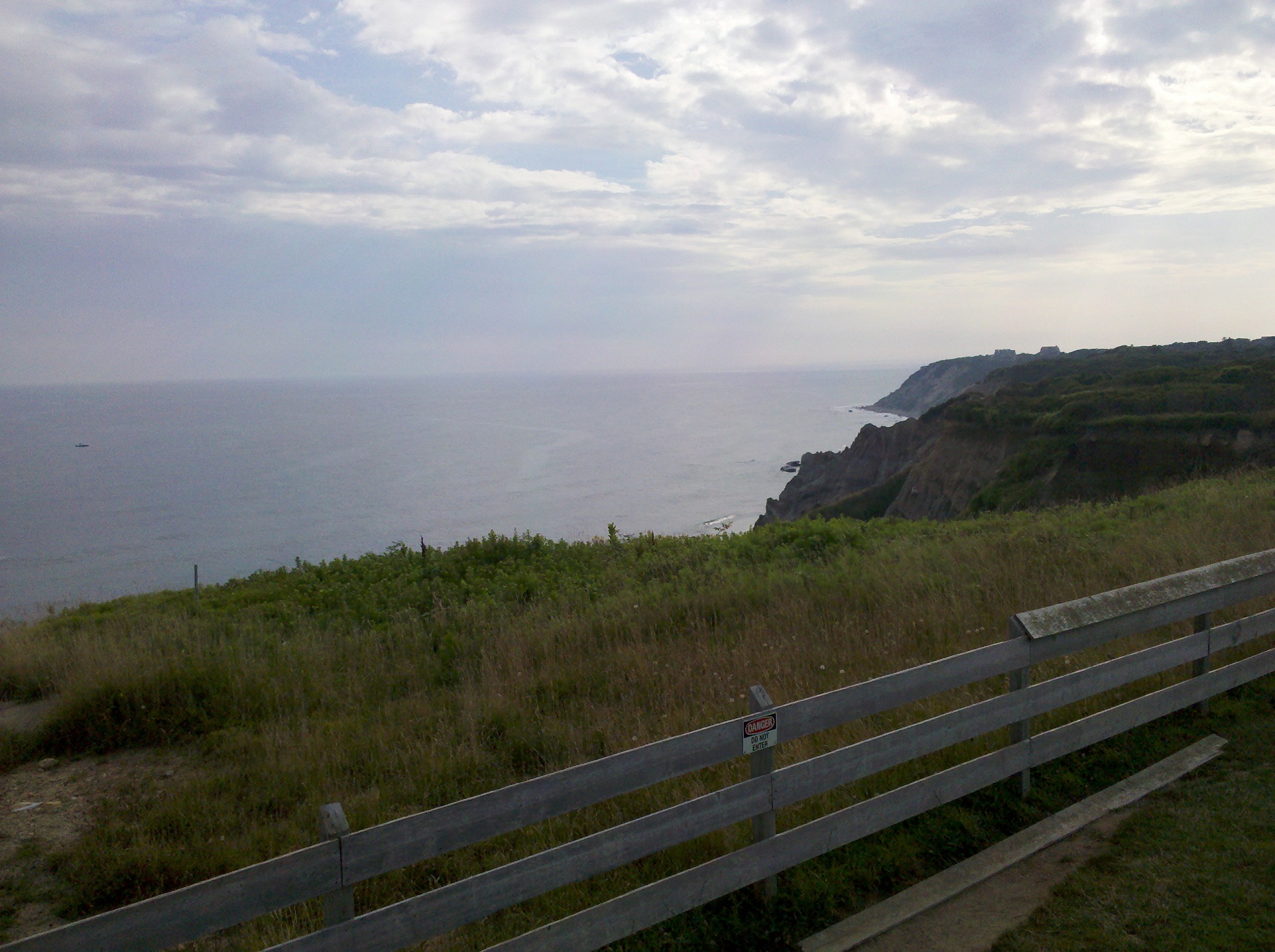 And straight ahead: the boundless ocean, the wide horizon, the seemingly infinite: 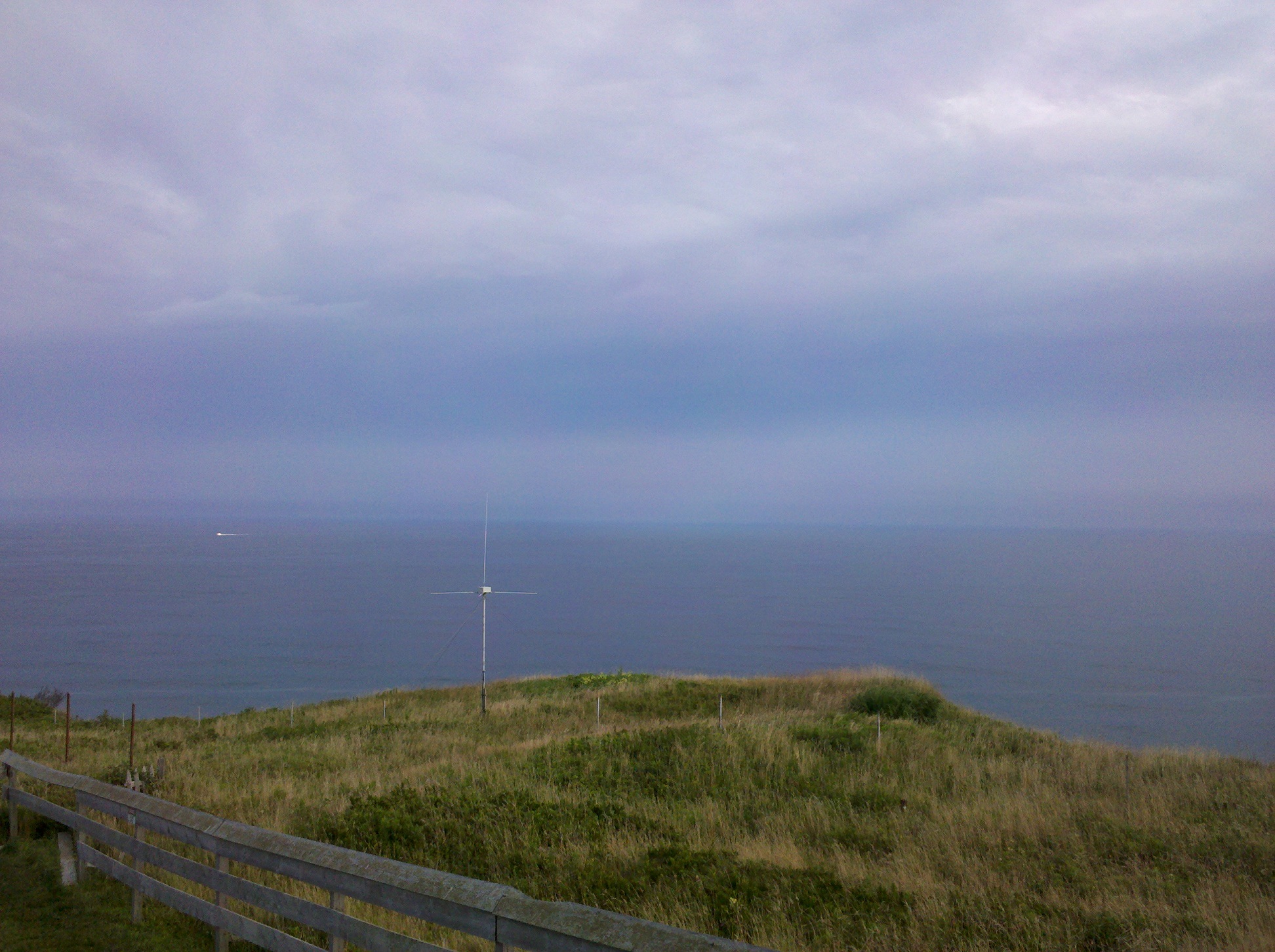 We also paid a visit to Settler’s Rock, which is adjacent to a national wildlife reserve and a lighthouse to the north. It was the northernmost point that we could reach by car – and unfortunately, our Wrangler had its 4×4 capabilities disabled, so off-roading it wasn’t an option.

I couldn’t complain much, though: 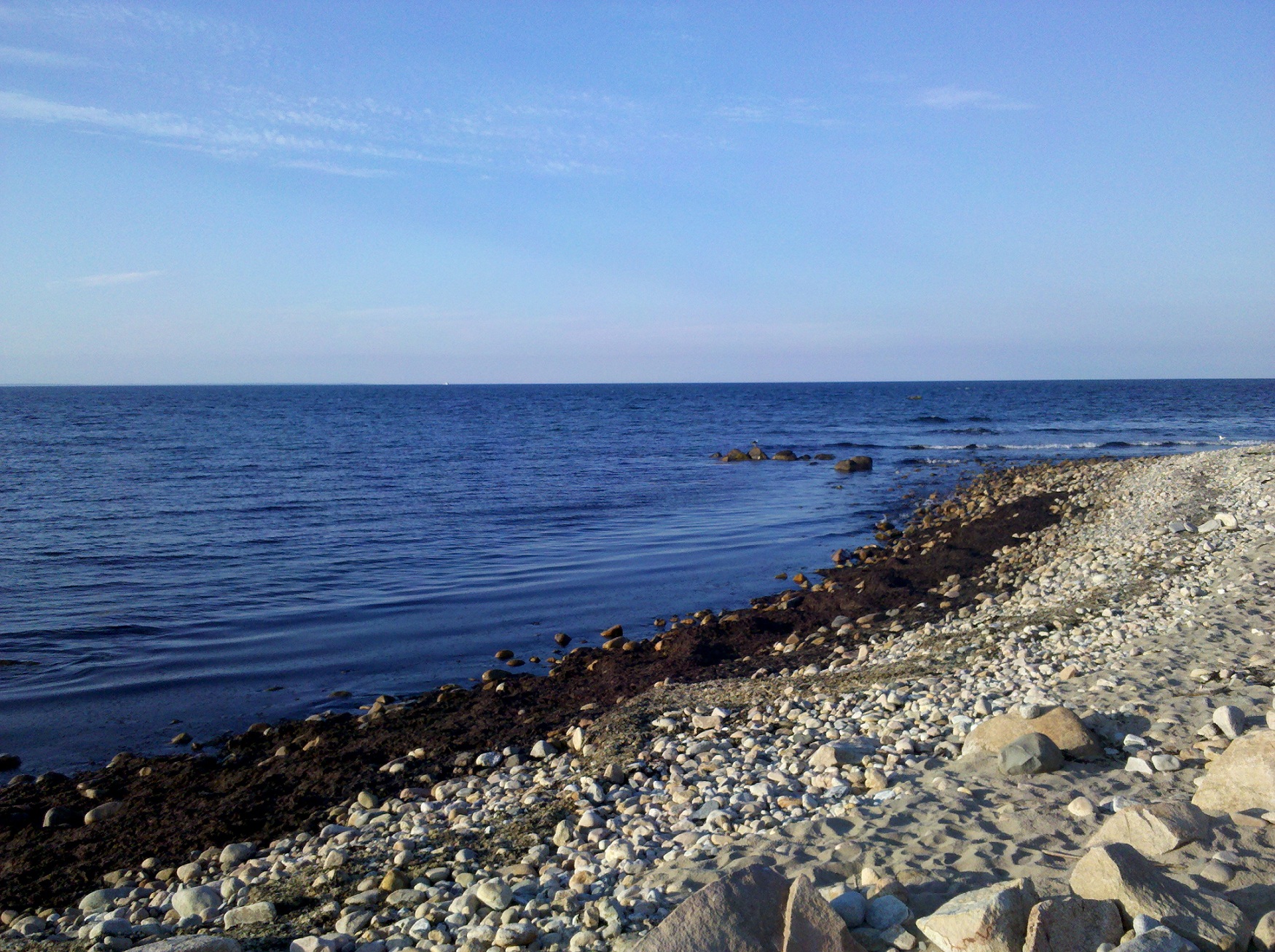 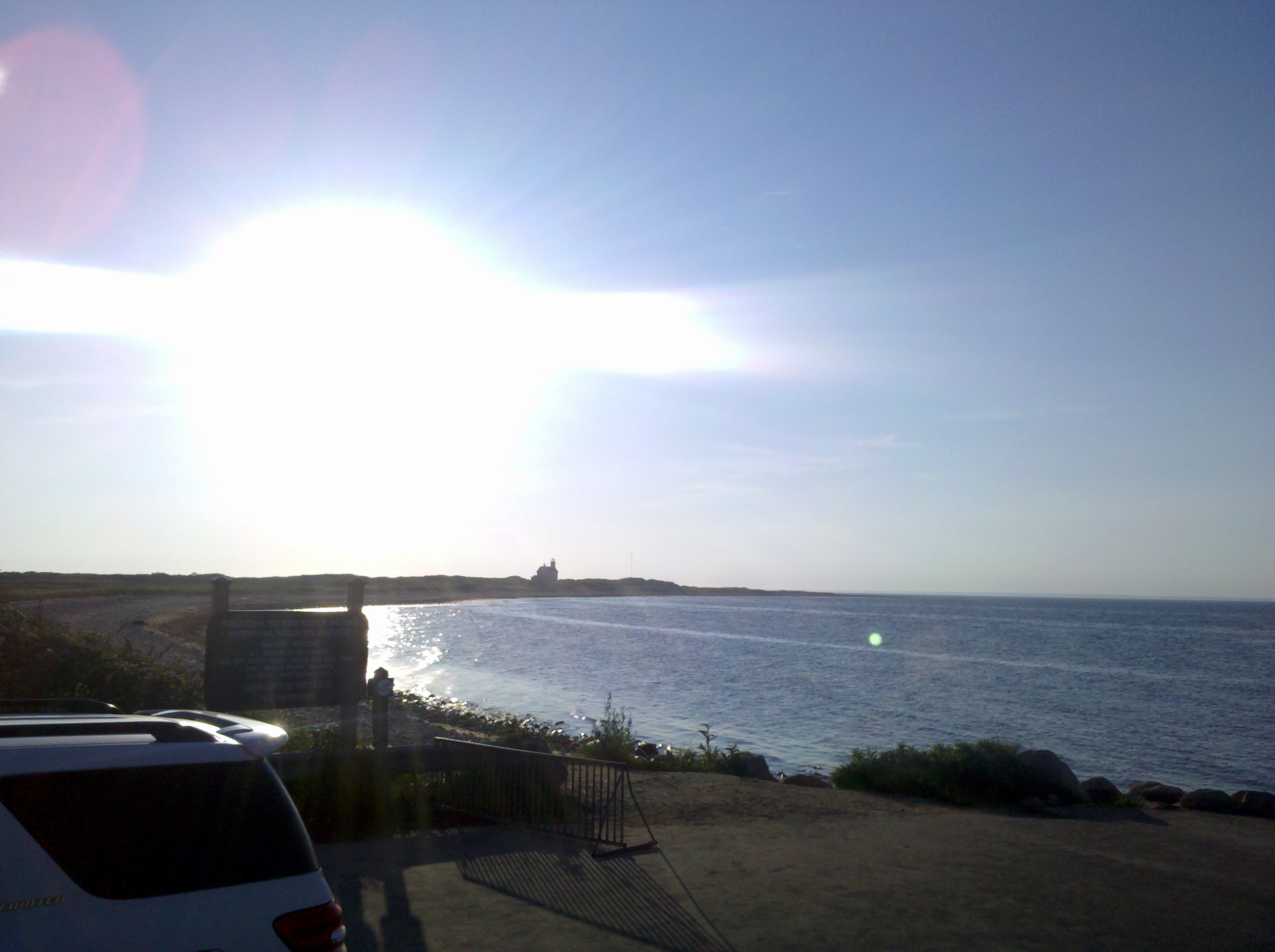 There was also a small surprise right where we were: a few people had balanced stones on the rocky shores. 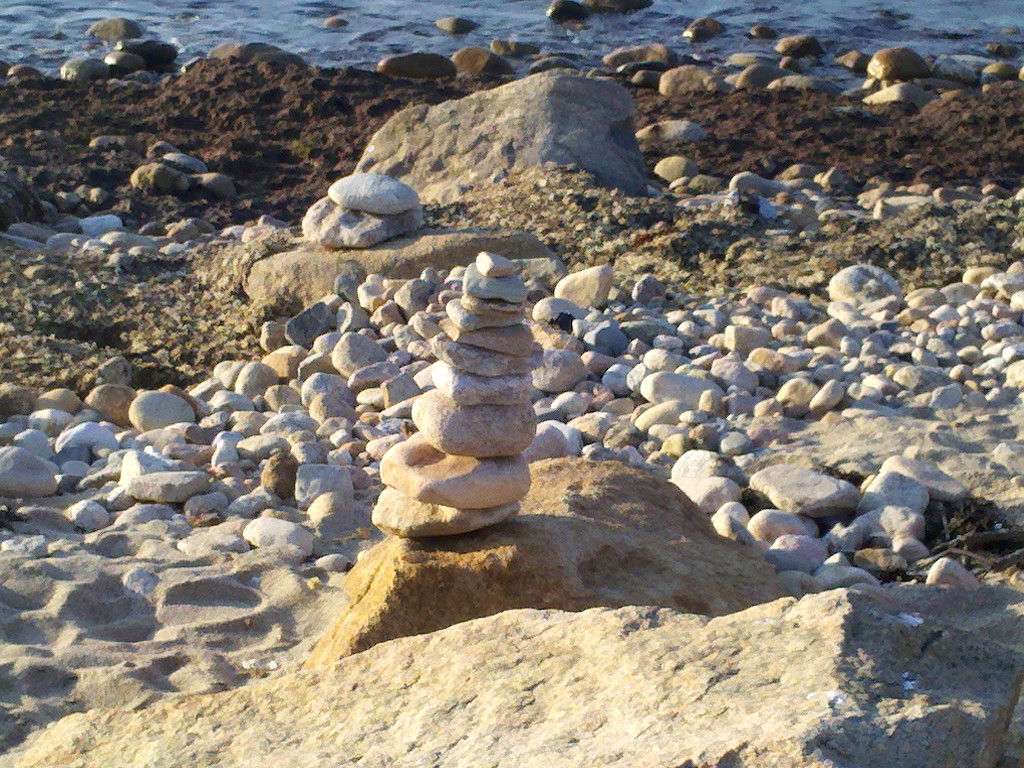 Even with only roughly 11 square miles of land, we still couldn’t cover every place in the short time we had. The relatively few sights that we did see indicated there was much more to enjoy than just beaches and lighthouses. 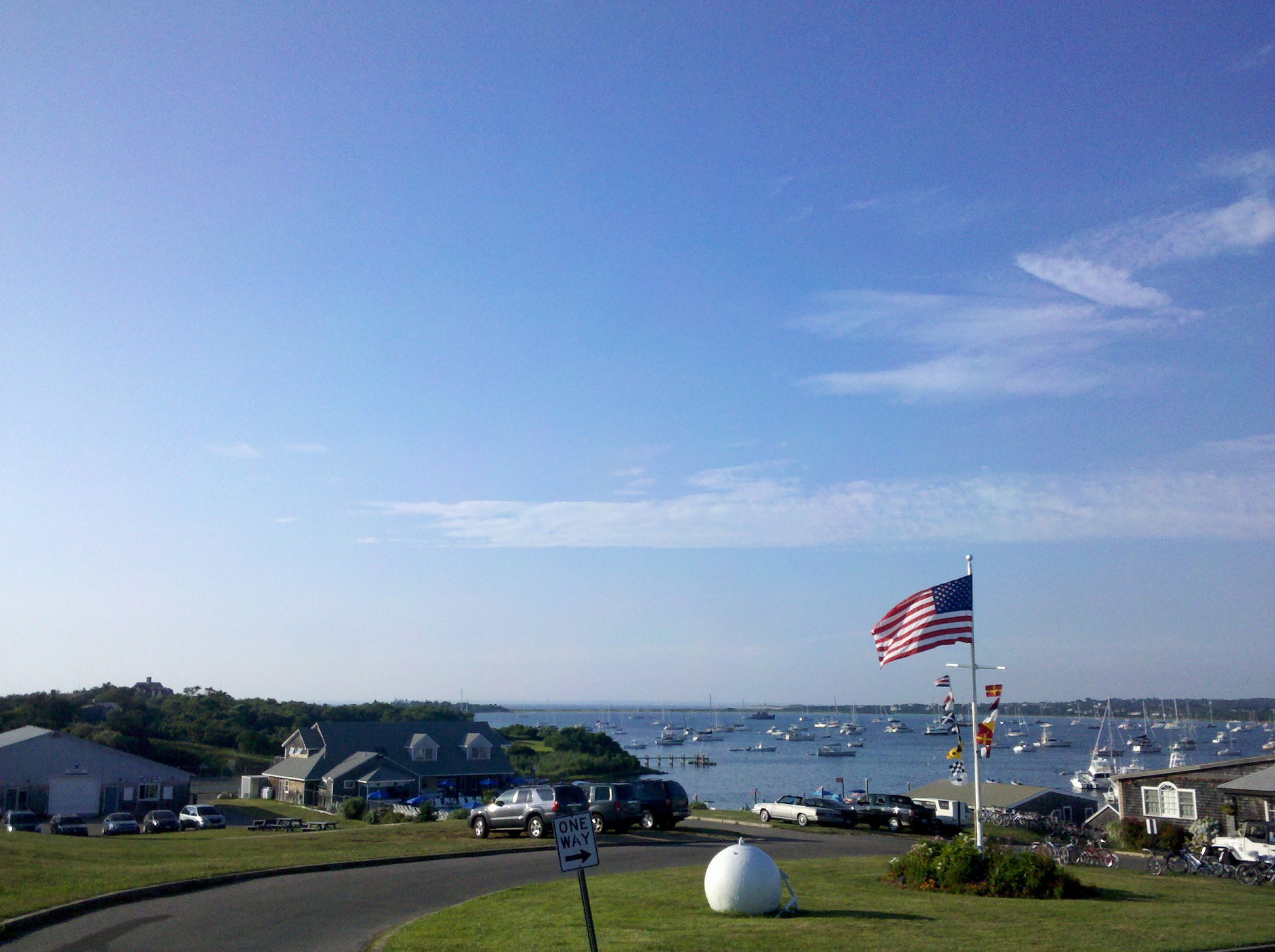 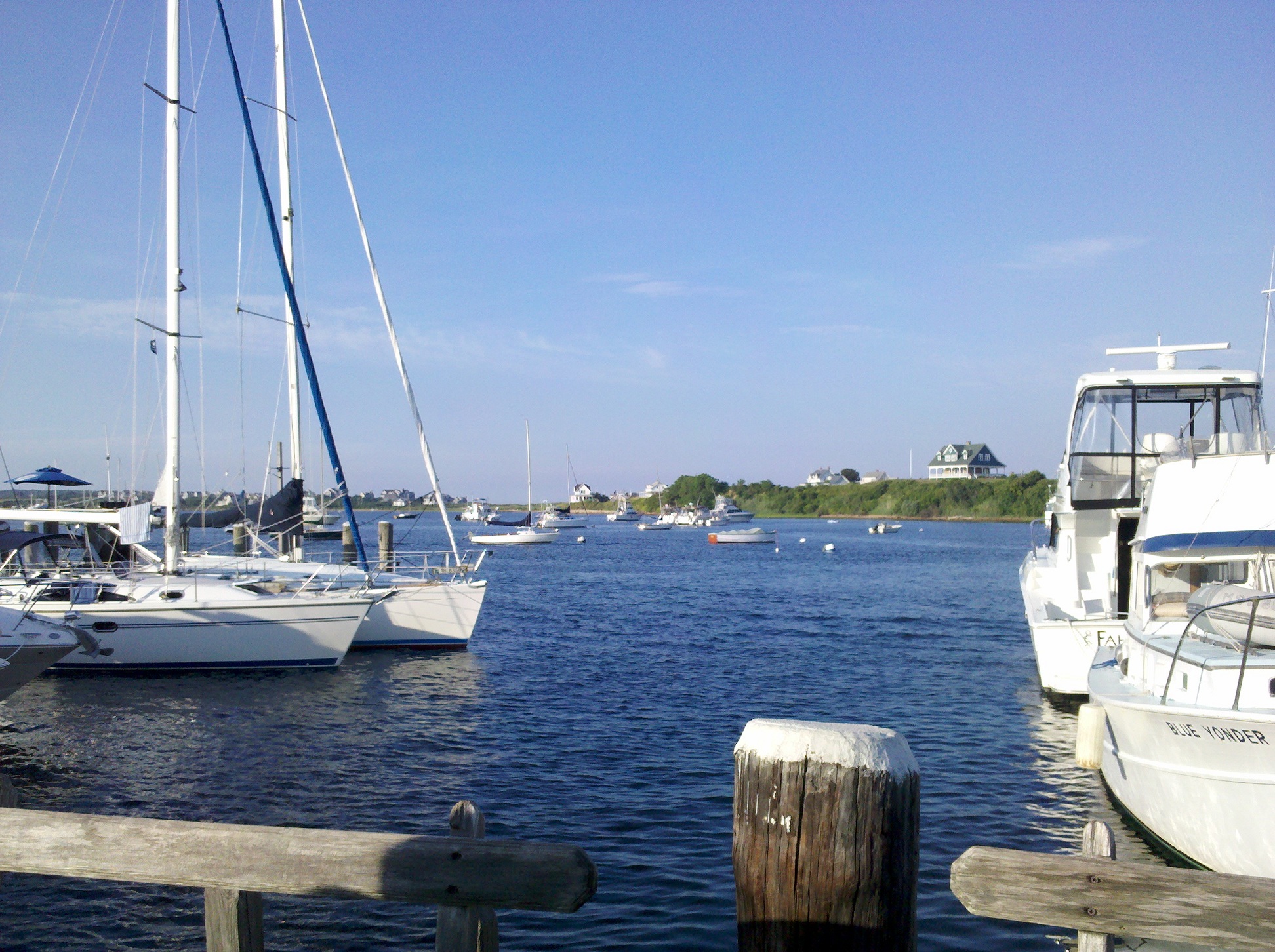 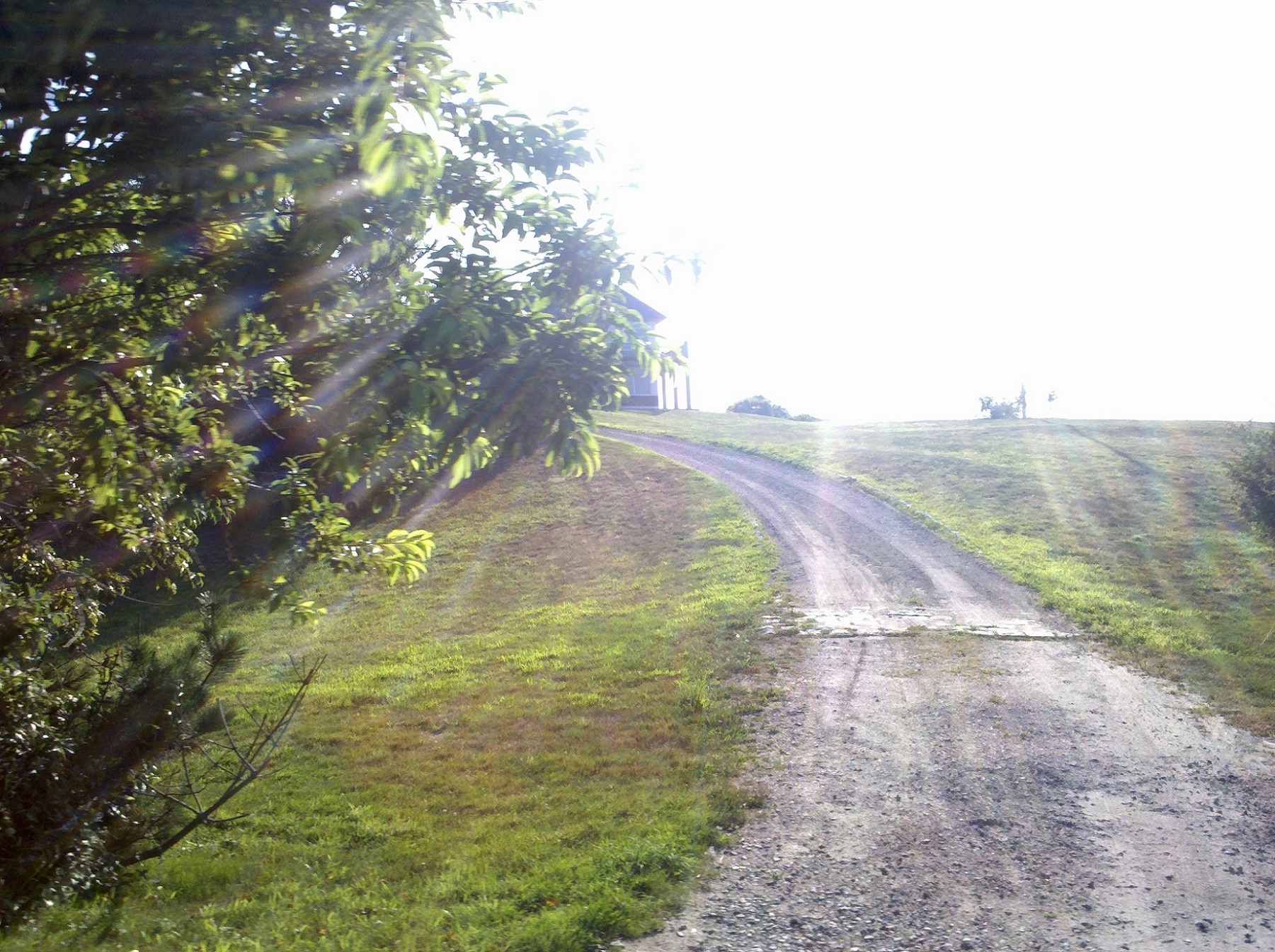 As the sun began to set in much clearer skies, I reflected on my experience with a clearer, more open mind. I knew that I’d be back. I didn’t quite know when, but with all that I saw that day, I felt that it had to be somewhere in my future.

Such is the promise of my dreams, my education, and my current career goals. So I made a mental note: return to this place. 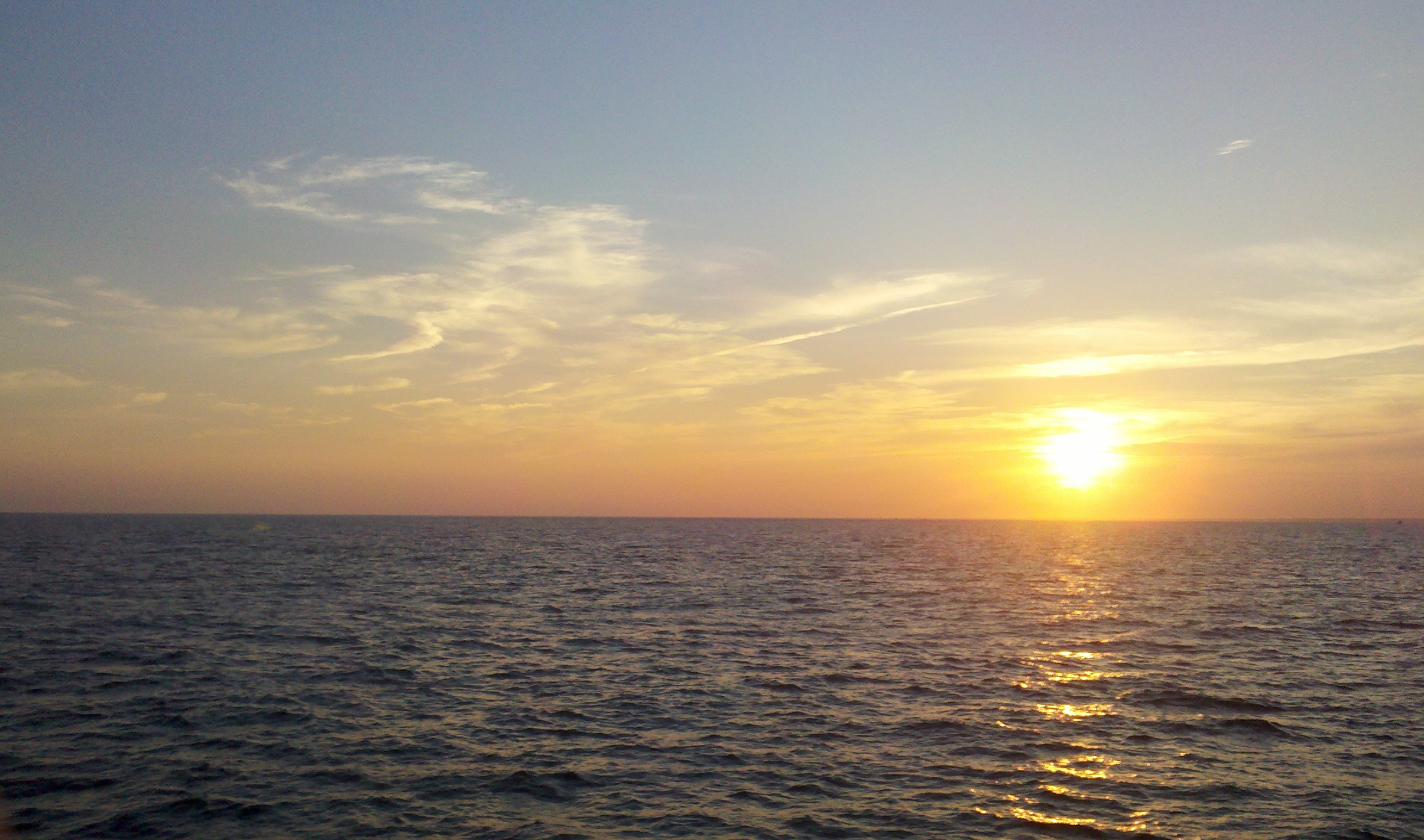 It’s odd to think about it in this way, but MIT is one of the last barriers between me and the real world. After this, there’s a good chance that I’ll be headed off to med school. And after that, well, I’ll be in the working world. And at that point I hope that I’ll have the freedom, the experience, and the wherewithal to turn this Sunday excursion into a vision of the future – which is to say that I’ll have what it takes to reward myself for what I hope to accomplish.

It’ll mean working hard – even harder (and smarter) than I have before – but if that horizon isn’t even a good incentive to do it, then frankly, I don’t know what is.

For all of you incoming students, this might be a good exercise. There’s plenty of intellectual benefits to coming here, and just as many ways you can leverage that to serve the world and your community, but the prospect of being able to relax after all that is done is pretty enticing, too. With that said, let me ask you: what are your visions of the future? What rewards will keep you committed through all these years?

3 responses to “A Brief Retreat”