A Chapter Closes by Vincent A. '17

A little while ago, I was just heading out of the bathroom on my floor. I opened the door and found my roommate, James Deng, standing outside, a cup held to his chest. In response to my jumping in fright and recoiling into the space behind me, he grinned and said, “I am the one who knocks.”

“Wow!” I replied in joking indignation, but swiveled past him anyway. He went into the bathroom to get some water and I returned to our room, shut the door, and stood behind it for a couple of seconds. A moment later, I heard the sound of approaching footsteps. The door swung open and I jumped out, screaming at him. He jumped.

“Wow!” he said, grinning. We say “wow” in the same way—long, drawn out, typically to signal disbelief. He’s about going to bed right now, and I’m typing up this blog post because I’ve been doing some thinking.

***
The most profound things seem to happen simply. In stories, in fiction, there’s always the sense that the new lesson learned, the new insight gained comes on the heels of overt life-turning experiences, of coming close to death and having that moment renew the world around you, of getting heartbroken and realizing some trite inner strength.

But it seems that the biggest things just happen without distinction—they simply roll along with time; moments pile up to seconds, and seconds to minutes, and they just happen.

Finals week has finally come to an end, and with it, my first year at MIT. For me, the end—so to speak—came simply enough. I sat down somewhere to write a 3-hour Multivariable Calculus exam. I filled in the solutions, turned in the sheets, and walked out of the hall. And just like that, the semester had rolled to an end. After the exam, I walked back to my room, chowing on a nice piece of bread some nice upperclassmen had been handing out just before exams. I took a brief nap, woke up, caught up on Supernatural on Netflix, and spoke with James Deng after he got back to the room.

It’s only just dawning on me with weight, the fact that my freshman year is over. And it happened simply enough. The p-sets and midterms were finite. I went through them. They’re done. Summer is on the way.

But I was just thinking. And this is likely the last night my roommate and I will share a room. He’s moving into Alpha Delta Phi this fall, and I’ll remain in Random, while still an active member of the fraternity. It’s such a simple thing, but it means a lot. What strikes out is the lack of…fanfare per se. No rolling drums. No background Taylor Swift music. We just go to bed, and when we wake up, things will have changed. It’s a big change, but its depth feels veiled, hiding behind the seemingly unremarkable progress of life.

***
What are you gonna be doing this summer?

I’ll be meeting up with my dad in New York for a couple of days. We’ll spend some time participating in Book Expo America before exploring the city. Then I’ll head back to Nigeria for at least a month, possibly more.

About a month ago, I began seeing a girl. In my head. She was fierce, determined, but she was also constrained by a helpless economic environment. I saw her brother and his little kid. I saw her ailing grandmother and the village she was leaving. Olanna. Her name was Olanna, and I’ll be spending a good deal of the summer with her. In my room. On my laptop. I seem to learn more and more about her every day, and I’m really excited about the prospect of drawing her to life, of exploring the roads she intends to explore. But I can tell you one thing—they’ll be anything but smooth.

While working on this new book, I’ll also be thinking of the first one—Whirlwind of Metamorphosis. There’s a book launch on June 19th, but more details about that later. I’ll definitely be writing a lot, and reading a lot. I have a ton of new Stephen King books among others to delve into. I might come back to MIT to teach for a bit, through the HSSP program, but that’s still not clear at the moment.

I do know I’m excited for the summer—not just for the nice respite to breathe a little (although I have to admit, I’ve been in remission ever since the lack of impending p-sets; it’s a truly weird feeling). I’m excited for the solid plans, but also for the ones not made, the swaths of uncertainty that allow me to decide what I want to do.

And, ultimately, the summer will come to an end, and fall will arrive. I’ll be back in MIT. A sophomore.

When I think back to the past year—to the months from seeing my letter of admission and screaming to stepping foot on campus for the first time ever to turning in my first p-set to blogging for you guys—nothing jumps out, not really. There’s just so much that happened, and trying to think through them is like trying to find a needle in a…um…place with lots of needles?

But there are things that stick with me. I can’t believe how much I learned, how much time seems to have flown now. But beyond that, I can’t believe how many moments passed, sheer, beautiful moments that bore the cloak of being ordinary, a cloak that was only shed by looking back and thinking back. Did I tell you about the ice-cream contest? I probably didn’t. Let’s just say that slurping a bowl of ice-cream down your throat in half a minute will set your teeth on icy fire and leave you sad for a week. Or that a relay race to the Green Building with your closest friends will have you in the focus of a few sketchy tourist photos. Or that going to the movies with a couple of MIT folks will reveal just how extraordinarily childish we are. Or that when the 300-line code you have to study for a final exam makes no sense, talking it out with your roommate does wonders. Or that it’s fine to go from talking about classes and p-sets to absolutely, fanatically shrieking Let It Go.

And I think the awe that comes with the year being over, with the incoming change that rides on the horizon, stems from realizing that these simple moments are precious, that you’ve experienced a treasure trove’s worth of them, that they happened so freely it’s hard to see them for what they are—gifts.

This past year, I had wonderful gifts—I had the gift of MIT, and of the people in it. I had the gifts of great friends and hard lessons and simple moments. I had the gifts of pushing my limits and writing new stories and complaining about terrible winters, with people who didn’t tell me to just shut the hell up (well, except perhaps in their minds). I had the gift of James Deng being my roommate, and the times we shared all stemmed from something so amazingly ordinary.

It was fall, 2013. It was floor rush and I was a nervous freshman, running around rooms and trying to figure out just where the heck I was gonna live. I was utterly confused about my choice of rooms, and it looked like this random freshman a few feet away was as well. 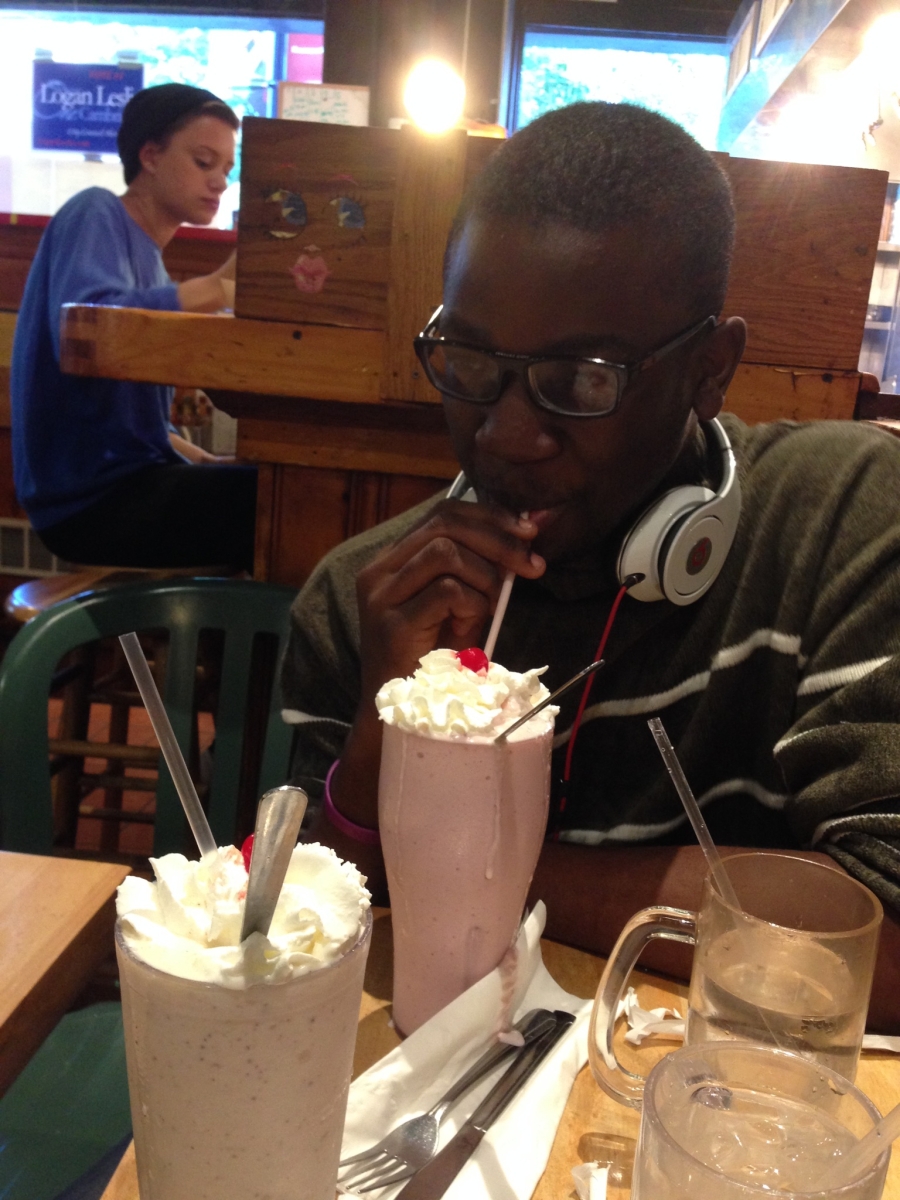 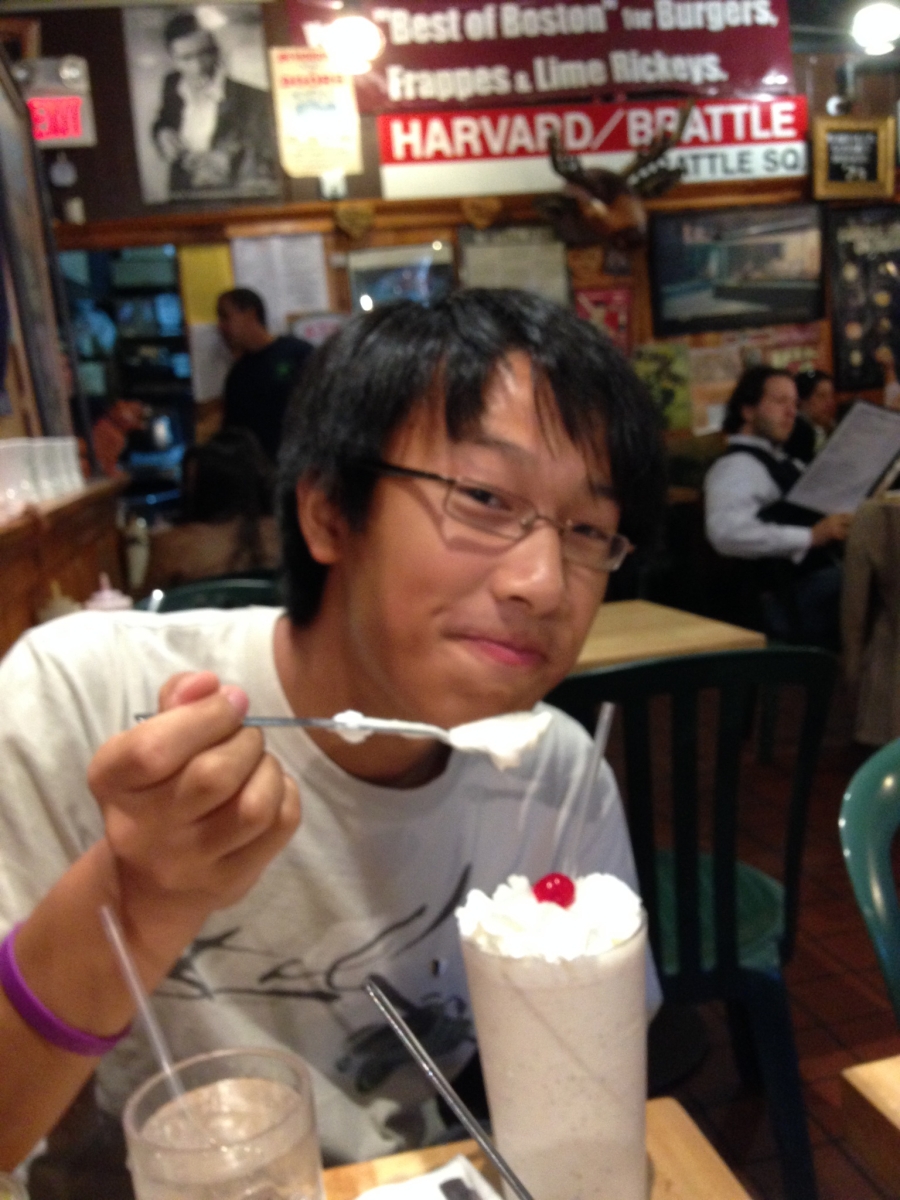 “Wanna be roommates?” I asked.

And for the gift of many beautiful moments that opened up afterward, that was all it took