This week, I am fulfilling my dream of taking over the Admissions page with a series of six consecutive posts. I am calling the takeover Yultide (credit to the bloggers for the awesome name). Today is Yultide Day 6. In this post, I reflect on previous Yultide posts, in a quasi-random order.

Day 5: Give MIT Humanities, Arts, and Social Sciences a Chance

I have wanted to advertise the School of Humanities, Arts, and Social Sciences (SHASS) for a while, but didn’t know quite how to put it, and instead peppered small references to the greatness of SHASS in other posts. Last semester, the awesome Elizabeth C. ‘13 asked me if I wanted to write an open letter on the topic. I composed the draft right away in a stroke of inspiration—an occurrence so rare that the piece felt too valuable to publish. I would’ve kept the post hidden even longer, until some undefined “special occasion,” but it turns out publishing a series of consecutive posts is not easy, even with a large folder of drafts, so I had to publish the most polished piece.

If you have time for only one Yultide post, stop reading this and switch to Day 5 immediately. I care about the academic work I’ve done at MIT and want everyone to feel empowered to do it too. MIT is not just a technical school.

I had fun writing these! Short pieces fast and easy and a great way to reflect on and preserve cool recent experiences—makes me realize that my life’s pretty fun. I especially appreciated the opportunity to talk about clubbing, queer stand-up comedy, and my new hobby. These are the kinds of topics I wouldn’t devote a whole post to, but consider important as examples of the diversity of MIT experiences. From a personal standpoint, the sketches help me experiment with different narrative formats and replace the journals I always try to keep.

This is my sixth tourist-y post (previous ones were about summer in Boston, downtown Boston, and a trilogy about Boston adventures). Event reporting posts are nice, because they give me an excuse opportunity to go out and record my adventures. I’ve gone to some events specifically to blog about them, and that’s been one of my top 5 blogger perks. That said, reporting on events is not as fun as writing short personal stories or letters to applicants (though it is always great to practice a different type of writing). Plus, choosing, editing, uploading, resizing, embedding, and adjusting pictures is hard. I have one more event compilation in the works, but I might need another Yultide for motivation to finish it. Coming hopefully soon: adventures in Cambridge and Somerville.

Also in this post, I showed my face for the first time without hiding behind a group of people, but, unfortunately, with my formerly red hair. As in the blogger avatar, I’m currently sporting dark indigo.

This post was tough to edit! Both parts were in one document and both caused a rollercoaster of emotions for present-day me. I wrote both parts in strokes of inspiration, something that happened more often four academic years ago, and, combined, they were five pages long, 1.15-spaced.

Part 1, written shortly after freshman fall, was overwhelmingly froshy, though still more subdued than my first few posts (exhibits 1 and 2). I was the froshiest frosh—my third post was literally titled “I Am Excited.” I liked big words and long posts written in a creative flurry. I can’t access that mindset now. Here’s what I looked like then: 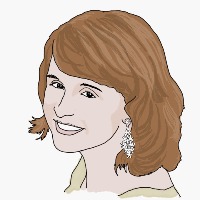 Part 2, written in late freshman spring, got really dark at the end, then ended with “rainbow-colored meaning,” so that was quite a pivot. I took out some of the stuff in between for a future post-Pi Day advice post, and discarded some of the darker paragraphs—not because I need to censor myself for the blogs, but because I freaked myself out. The final product is neutral, without the dark ruminations and dramatically positive finish.

There was also a Part 3, a poem I wrote on the plane ride home for my 19th birthday, November of freshman fall. And it was one of those poems you write in middle to high school years when you have feelings. So I’m not publishing the whole thing, but I am including two least cringeworthy stanzas below. Pls don’t judge. English is not my first language.

Life goals, independence stay mysteries still
I still haven’t dusted my one windowsill
Time management sucks. I don’t sleep every night.
And still I remain of an average height

This post took 16 hours spread out across 5 weeks. I started with 112 pictures and then kept cutting and adding them until I created a post titled Just 70 Pictures of My Life, which then became 41 Pictures of 2017. By then, I memorized all the contents of my Google Photos library. I relived my life experiences starting from freshman year over and over, and experimented with multiple schemes to optimize the task of sorting, editing, and selecting photos. Final takeaway: do not work on a post for more than a couple of days because you will change your mind and have to do it all over again.

Would I do it again? Yes, and I have two more “photo dump” albums in the works. It’s a good type of post for days when you just want to chill and listen to music, but also post something about life or research. Most of the pictures for the upcoming posts are already filtered and edited, so I aim for less than 7 hours of work each. But then, you never know how the blogger platform will behave—it’s been known for erasing instead of saving photos.

This post has a lot of time-consuming hyperlinks. But I enjoyed being meta. And now double meta. Now I just need to take a screenshot of the Admissions home page with only my face on it (with the updated avatar!). I’ve been waiting for this since freshman year. I think I finally made it in life.