A Student, A Professor, An Alum by Matt McGann '00

Hacking a door, the human genome, and robots.

Finally, USA Today does a cool piece on Helen Greiner ’89 SM ’90, founder of iRobot, and her path to success. 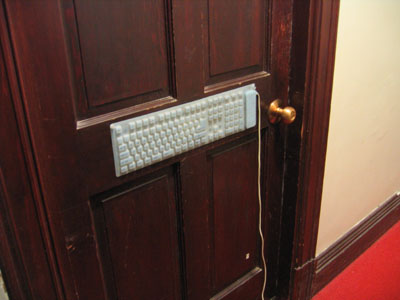 Dheera Venkatraman, a crafty MIT student, has just completed the latest iteration in a series of upgrades to his dorm room door lock. Now because MIT’s administration doesn’t like it if you hack the door locks or the strike plates, Dheera needed an innovative way to enter his own room without using a key. He’s gone through a series of various door-opening mechanisms over the last couple of years — our favorite one required scanning a barcode on a box of EZ Mac to gain entry — but he’s finally settled on the simplest design, a computer-less setup that involves a microcontroller, a motor, and a PS/2 (waterproof) keyboard. (He’s got a much more technical explanation, including a circuit diagram and drivers on his website, in case your SO / parents / kids also have rules about messing with your house). We’re now taking bets on how long it takes his MIT classmates to crack his password.

Science Across the Borders

The Eric Lander-led Human Genome Project learned more about human beings than anyone thought possible. Lander accomplished that feat by tapping into what he already knew about humans, like how to make them collaborate. Now, at the new Broad Institute in Cambridge, Mass., he’s trying to learn even more.

Eric Lander’s name is familiar to anyone who has kept an eye on scientific breakthroughs of the past decade or so: As a member of the Whitehead Institute for Biomedical Research, he played a key role in steering the Human Genome Project to completion. Heading up the Broad Institute of Harvard and MIT, he’s got a hand in most of the things that are possible now that the human genome is sequenced. The challenge for biology, he says, is no less than to reveal the molecular basis of human disease. His “to do” list includes discovering the mechanisms of cancer, decoding the signals that cells use to communicate, and laying bare the sources of genetic variation. He’s equally enthusiastic about developing the technology and techniques needed to do that work.

But Lander is not one of those researchers more comfortable dealing with lab rats than people. His multifaceted background (he was trained in mathematics and taught economics before going into biology) helps him talk across scientific borders and steer notoriously individualistic scientists to work together. With his easy metaphors, he can get even lay audiences excited about concepts that otherwise would sail over their heads.

Co-founder of iRobot was told ‘that’s too science-fiction’ 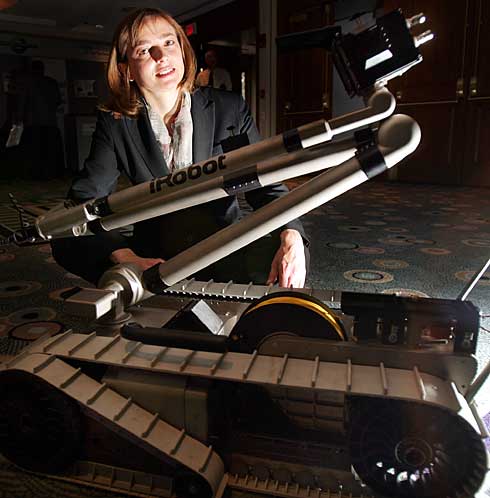 When Helen Greiner saw Star Wars as a child, she was captivated by the 1977 film’s legendary robot, R2D2, but disillusioned to learn the droid was actually animated by a tiny man inside.

So Greiner set about making her own robots. Today, her company, iRobot, produces the award-winning Roomba, the first automatic vacuum, as well as a suite of military robots that dispose of bombs and clear caves in war zones such as Afghanistan and Iraq.

But coaxing venture capitalists to shell out millions for a kid’s science-fiction fantasy wasn’t easy. After earning a master’s in computer science from the Massachusetts Institute of Technology in 1990, Greiner founded iRobot with a classmate, Colin Angle, and an MIT professor, Rodney Brooks.

To pay for research, the start-up sold robots to colleges, research labs and government agencies for eight years. By the late 1990s, the company needed venture money as it had designed prototype military robots and was developing automatic cleaning devices.

Although robots were common in factories, none “were going out on their own into unstructured environments,” says Greiner, 38, who is company chairman and was responsible for pitching the idea to venture capital firms.

Although the company rounded up $15 million from 1998 to 2002, Greiner had to approach dozens of firms. “I was turned down by most of the major VCs in the country,” she says. “One guy said to me, ‘That’s too science-fiction.'”

You can read the entire articles here:

10 responses to “A Student, A Professor, An Alum”