To Be The Best of Men

Two months ago, after spending ten disastrous minutes walking in the wrong direction, I saw Random Hall for the first time. As I walked into my dorm, struggling with my luggage, I barely noticed the five-story structure just across the street, with balconies jutting outwards, bearing in white letters on a green backdrop, three Greek letters.

A few weeks have passed since freshman orientation, turning it into this blur of free food, information sessions and friendship cultivation that lies buried under a mound of problem sets and midterms. However, each time I’m thought-lost enough to tread memory lane, at least two events stand out in my mind.

First: I remember being a speck among many one afternoon, staring across a crowded room at a woman who held a little remote control that was constantly directed at the large projected screen behind her. Every few seconds, the words on the screen would morph. Small shuffling sounds would ripple through the room as people rose. She would say something. People would sit. The words would morph again and the pattern would continue.

The words were shifting statements, directed at us.

The statements spanned all spectrums of human life, from income to political identities, from cultural backgrounds to academic interests. People rose because they had seen statements they identified with. And across this wall of diversity, there was always a statement that reflected as true with a significant number of people. The sense that MIT was a microcosm of the world was enormous, and even in this diverse multitude, we saw gripping similarities. An overwhelming number of students rose to, “If you have fears about your ability to handle the workload…” And just because of that, we all knew we would be fine.

Second: a recent alum spoke about her experience when she had been coming into MIT, and the jarring effect the new and largely different atmosphere had struck on her. She concluded with: “And the most important thing I learnt to do was to adjust, rather than compromise.” Those words took hold of my mind. I wrote them down on a board in my room. They stuck.

Shifting Mindsets
Orientation was followed by Rush, a week-long event in which fraternities, sororities and Independent Living Groups tried to get the MIT community, primarily freshmen, to know them. Always on the lookout for free food, I hurried eagerly to the premiere event of Rush—the “Kresge Kickoff”—and quickly found myself dealing with an armful of brochures, cards and cookies.

“Seen any frat you like yet?” one of my friends asked.

Prior to Rush, my entire idea of fraternities had been merrily supplied by a few American movies I’d watched, pictures of wild, endless parties and great academic indifference. I didn’t really think anyone in MIT would approach their academic work with indifference, but my overall mindset of a fraternity had solidified itself several years ago, and there was no arguing with it. If I wanted to have a college experience not defined in bulk by beer pongs and drunk friends, I’d have to make sure I didn’t join a frat.

You can probably see this plot’s resolution even from a satellite orbiting Neptune.

Well, it should be straightforward, right?

And it mostly is. While navigating the crowd at the Kresge Kickoff, I met two interesting people wearing green shirts with yellow symbols on the front and a phrase on the back: to be the best of men. One of them, Ryan Shepard, seemed to run on fusion energy and his cheerfulness was infectious. He told me about an ongoing lunch at ADPhi and, one Google Map search later, I was on the way there.

Right now, the thought that a phase in my life devoid of ADPhi had existed seems strange. It’s integrated so well into my ongoing college experience that heading to ADPhi for dinner takes the same fluid, unstructured effort as going to bed at night. There are a few reasons why.

***
I remember staying up late at the ADPhi Library on the ground floor, drawing chromosome structures and trying to wrap my head around recombination frequency to complete a biology p-set. Several ideas seemed to conflict, suggesting my obvious lack of familiarity with the material. One of the ADPhi Brothers walked into the library, stood over my shoulder and watched me make biological blunders of probably illegal intensity.

“Geez,” I mumbled to myself. “Is this even going to work?”

“That’s kinda right,” he chimed in. Next thing I knew, he was re-explaining the tricky parts of chromosome cross-overs and allele configuration with enough patience and clarity for me to finally realize what I’d been doing wrong. My battle with the p-set turned from a bloody warfare to a mildly stinging debacle.

There’s an air of comfort in the frat that partly stems from knowing that the brothers there truly look out for you. They don’t drag you out of p-sets and into wild parties every day of the week. They sit in their rooms and ask if you want to work on a p-set or play a quick game or go grocery shopping. They ask how your day went and how far you’ve gone on that one paper you’ve been saying you’ll start on for weeks. They merrily announce your goofiest goof-ups to any nearby brother while sticking their tongues out at you.

There’s a sense of pride and responsibility that comes from sharing things with people, from looking out for and doing things with them. We take weekly or bi-weekly turns doing some form of house job—cleaning up after dinner or tidying up the lounges or securing the library books. The added responsibility is not really something we get from dormitories, and while it is in no way essential, you get meaning from just casually thinking about the purpose of those actions. For your brothers. And because no one likes to eat from a grimy plate.

We know at least one thing that makes a story great: impeccable plotting that follows from well-constructed characters. Character diversity provides friction, an energy that defines how the characters behave in different situations. A great story that builds on the development of characters leaves you with this feeling of satisfaction, that things are beautifully running together, that characters that seem rather mismatched are able to connect well, that fragments of personalities blend to make a seamless patchwork quilt. This very strong sense of unity is something I see everyday at ADPhi. The Brothers here have reached a point of familiarity that makes their quirks and habits seem intuitive, and being able to blend into that kind of bond makes me happy.

In high school, I worked on a handwritten science-fiction series called “Sagittarius”, and one of the elements of the series questioned the validity of something the characters called: “Sequences of the Cosmos”. It’s a fairly philosophical question that basically says: “Given an abstract sequence which takes in as input, the singular world as it has existed from ‘the beginning’ till this very instance, including the people that are part of it and their behaviors, will it produce a single output of the future?” The statement essentially reduces to an argument for or against freewill, and I was still trying to work out the kinks of this sequence when I saw an e-mail from a brother to the ADPhi House about a philosophical discussion on the nature of freewill and a deterministic universe. It was just one of those things people wanted to do for the fun of it, and I gratefully showed up, listened to the different arguments and mentally reconstructed my own sequence.

A few nights ago, we sat outside on a patio in the chilly half-darkness and told scary stories. Stories about cackling old men and children-seeking ghosts, about rat-infested towns and congregations of spiders. It was during one of these stories that I realized that the fraternity had definitely become an absolute and effortless part of my life. A few times, for a few reasons, I had wondered why I had pledged, and if that commitment had been worth it, but the self-assurance that I had made the right decision was never far away.

I joined ADPhi, because at the end of Rush Week, I had this feeling that I would fit in perfectly. You might want to chime up at this point with the old adage of our ability to fit in anywhere, but I definitely know that there are a few communities in MIT I wouldn’t easily fit into. I also know that it was enough to just have spent Rush Week in ADPhi, playing Rock Band with brothers for long, late stretches of hours, battling with angry lobsters during dinner and having their innards splash all over my shirt, doing these different fun things with these different fun people. It had been enough to spend all that time there, and get that nearly clairvoyant sense that I would always want to be around these people, not just when I was having fun, but when I began grazing low rocks and hitting hard times. 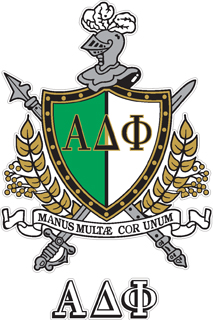 Rush had finally come to end. My roommate and I had received bids from ADPhi.

I was trying to make sense of my thoughts when my roommate asked, “Are you going to pledge?” I thought of Rock Band and lobster and a few dozen smiling faces wearing shirts that said, “To be the Best of Men”. I thought of conversations and my growing ease and of what it would mean to not see these people again.

Finally, I felt a glimmer of that obstinate mindset that frats would add no value to my college experience, and I understood that it was completely false. I had had immense fun with a lot of the events the ADPhi Brothers had put up, but what struck me about my ease came from the brothers themselves—the ones that would never stop talking about past antics, that were three seconds away from making an outrageously funny joke or a super-weird statement, that had spent a crazily long time talking to me about my interests and their hometowns. I didn’t have to compromise my values to adjust my initial obstinate mindset.

“Yeah,” I replied, smiling a little, because I was lucky to have brothers I cared about, and brothers that cared about me. “I’m going to.”