Don't know when I'll be back again.

Melis just blogged about Senior Ball so I figured that it’d be a good time to blog about a nice little semi-formal event that wasn’t just for seniors. Also, be warned that another installment of this entry may crop up because JKim was around for this too.

Burton-Conner had a dinner cruise tonight where we were wined (21+) and dined (everybody!), danced, and generally enjoyed each others’ company. Before the buses left for the dock you could see long lines of nicely dressed Burton-Conner residents walking down dorm row, obviously heading somewhere exciting.

As you may or may not know, dances are not my scene. One of the stereotypes at MIT is that we are nerds that are totally socially inept and get all flustered, panicked, and uncomfortable at dances. This stereotype is widely disproven by many students at MIT. . . not by me. However, since it was a dorm trip, free, and a bunch of friends were going, I decided that I could suck it up, step out of my comfort zone, go, and god forbid maybe have a good time.

We arrived at the dock and waited around for a bit before actually getting onto the ship. This is when Jared ’10 and Yuki ’11 thought it would be a great idea to swap jackets. 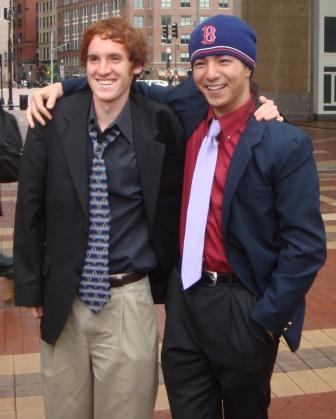 While the black jacket with blue shirt looks fine on Jared (although a bit big), Yuki’s outfit was an assault on my eyes. Red shirt, purple tie, black pants, blue jacket, and blue (different shade!) beanie. Laughs were had, pictures were taken, and eventually they adjusted their wardrobes so as to prevent me from sobbing (look, sitting in a room with my mother while she watches a cocktail of What Not to Wear, E!, America’s Next Top Model, and Entertainment Tonight has taught me to appreciate color pairing and fashion. This is atypical for a guy, I have a skill that many males lack).

Soon we were aboard the ship and putt-putt-putted away from the dock. A bunch of us went to the upper deck to enjoy the view, weather, and more photo opportunities. I tried to take a picture of (from left) Cathy ’10, Wesley ’10, and Mason ’10 but Sauza ’11 decided to intervene and provide one of the best pictures of the night. 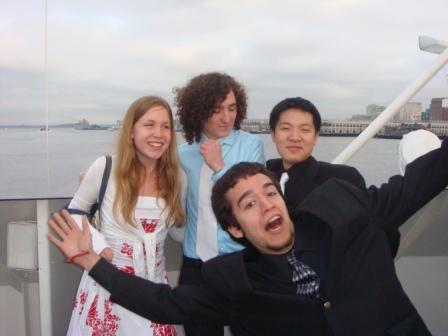 Next, for the group shot, the obligatory handing out of cameras happened. Let me explain this to you. If you are going to be in a group shot and want the picture you have to hand your camera to somebody so that they can take the picture. After the shot you walk over and retrieve your camera. This normally works quite well, as evidenced by the group shot photo that is now in my possession. 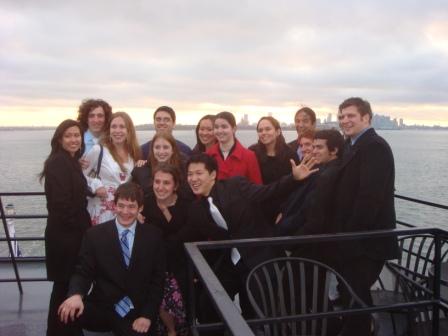 There are only two issues with this picture. The first is that because of the angle you can’t see me. I promise I’m there. See the guy on the far right? Does his face look a little long? That’s because a sliver of my face appears to be molded into his. Awesome.

The second issue is that after the picture was taken my camera disappeared. This makes camera retrieval difficult. I wandered around the upper deck looking for my camera when I finally spotted it. I commenced with the camera retrieval segment of the group shot and flipped on my camera to see how it had turned out. Instead of seeing the wonderful picture you just saw, I saw this: 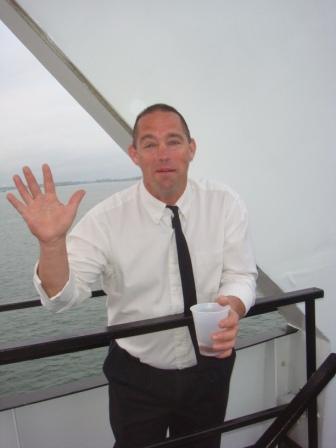 Interesting. Not only had my camera been hijacked but it had also been used to take random pictures. I perused them. 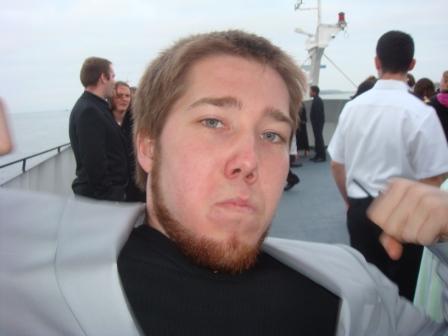 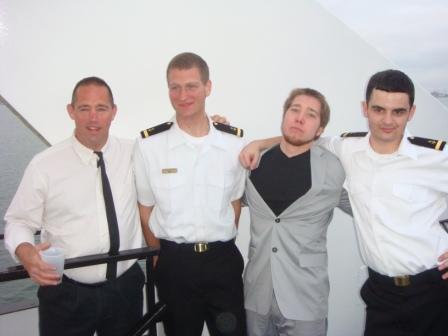 I felt a bit like Ashton Kutcher in his new commercial for Axe, except that instead of hot girls running round with my camera taking pictures of other hot girls I ended up with pictures of sailors. : (

Then, the sunset. This was one of the big motivations for coming on the cruise (other than food). The sunset was awesome, especially from the deck of a cruise ship. 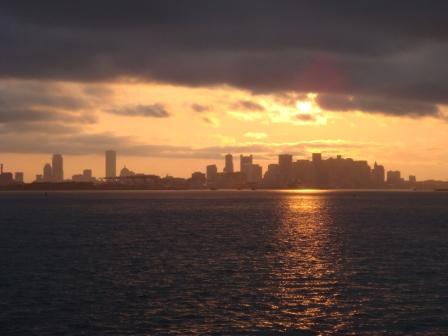 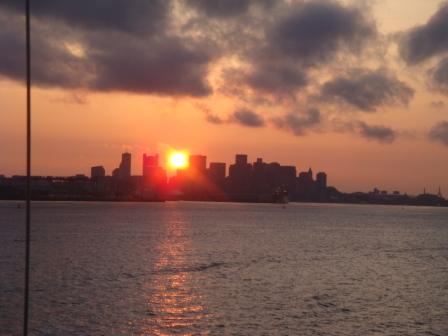 Finally it was time for some dancing. That’s right I danced. I don’t dance. I danced. 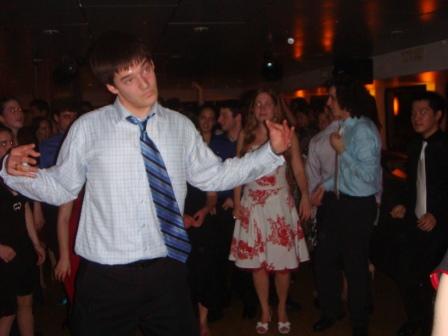 He even helped Wesley dance. 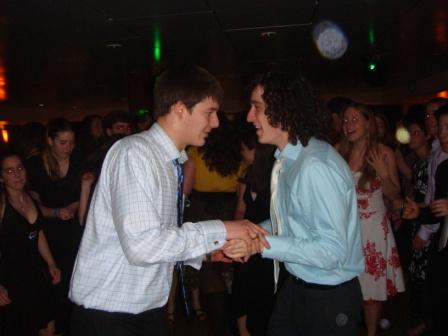 After mucho dancing, much eating, and mucho view-enjoying our three hour cruise was over and it was time to head back to the dorm. Everybody stripped out of their fancy clothes (replacing them with comfy clothes) and the majority of Conner 2 settled in to enjoy some good ol’ fashioned Mario Kart Wii.

Now, after a thrilling day of homework, cruising, and racing, it’s time for bed, so I bid you adieu and wish you goodnight.