I am born! (Or rather, my blog is born.) This is (virtually) my first blog post ever! I hope you enjoy following my adventures in MIT Admissions.

For an introduction on me, you can check out my introduction blurb. To kick off my new blog, I thought I’d do some blogging from the road, with some “day in the life”s, similar to others that have been done in previous years (see left-hand column of the “the road” link). So feel free to follow along on my six weeks of adventures in Michigan, Texas, Seattle, and New York City!

Michigan
My first stop is Southeast Michigan – the place where I grew up! I decided to start the trip early and hang out with the fam for a bit, so I flew home a week early. We went “up north” for Labor Day weekend.

On the 4-hour drive up, we stopped at Taco Bell (mmmm…soft tacos), and finally arrived at my parents’ cabin around 3pm. We then watched the Michigan football game for a bit, and then went to dinner with some family friends. After dinner, we played some Wii (my Mom recently got a Wii at her retirement party), and headed to bed.

The next day, we slept in, and went to a late brunch at one of my favorite local restaurants, Toonies. (OMG I didn’t even know they had a website!) After that, my Mom wanted to go [blueberry/raspberry/peach/nectarine/apricot/some other in-season fruit] picking at a nearby orchard, so we quickly drove over to King Orchards. All the blueberries were picked for the season, and we didn’t want to pick prickly raspberries, so we went for the peaches and nectarines. 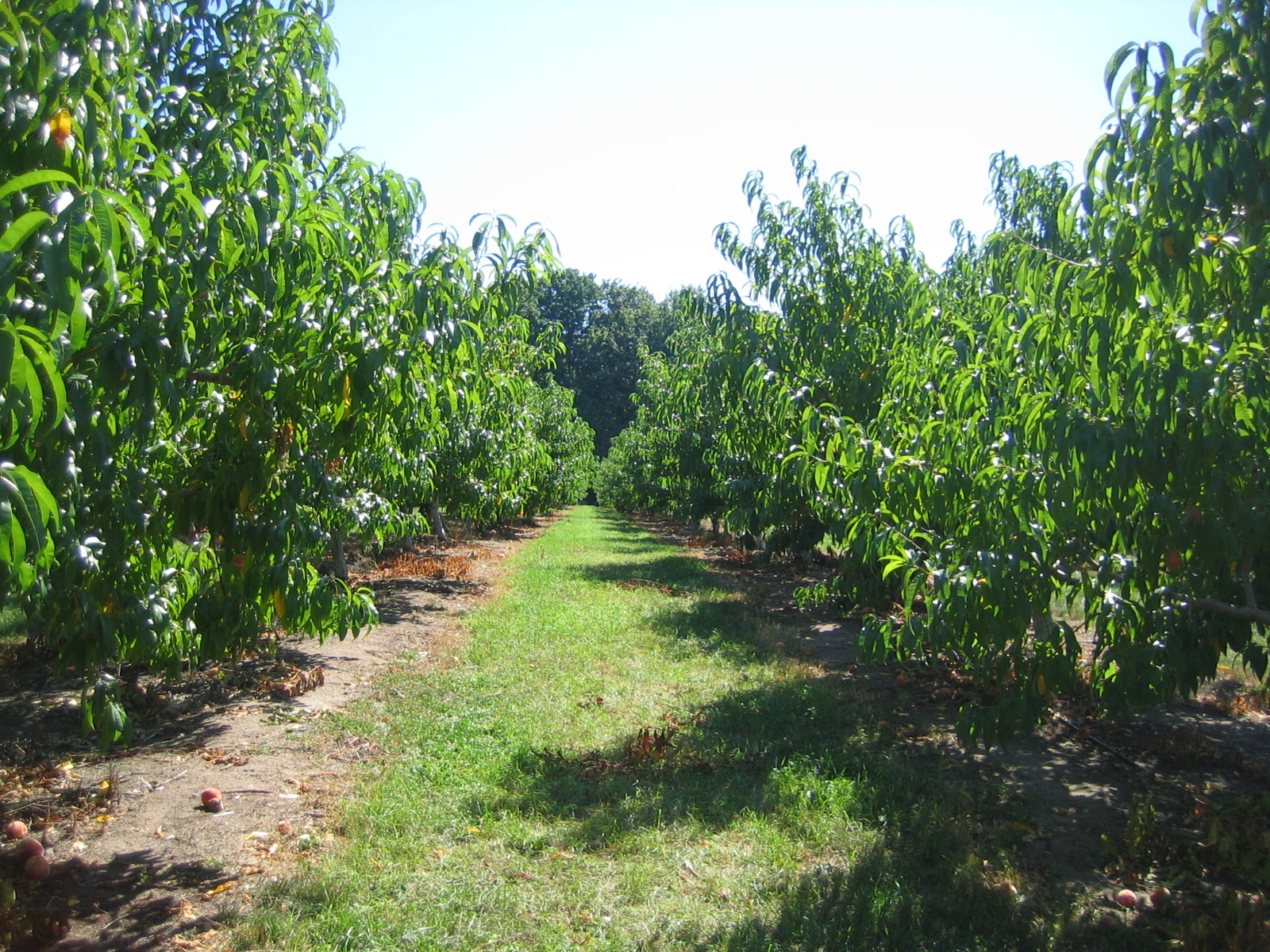 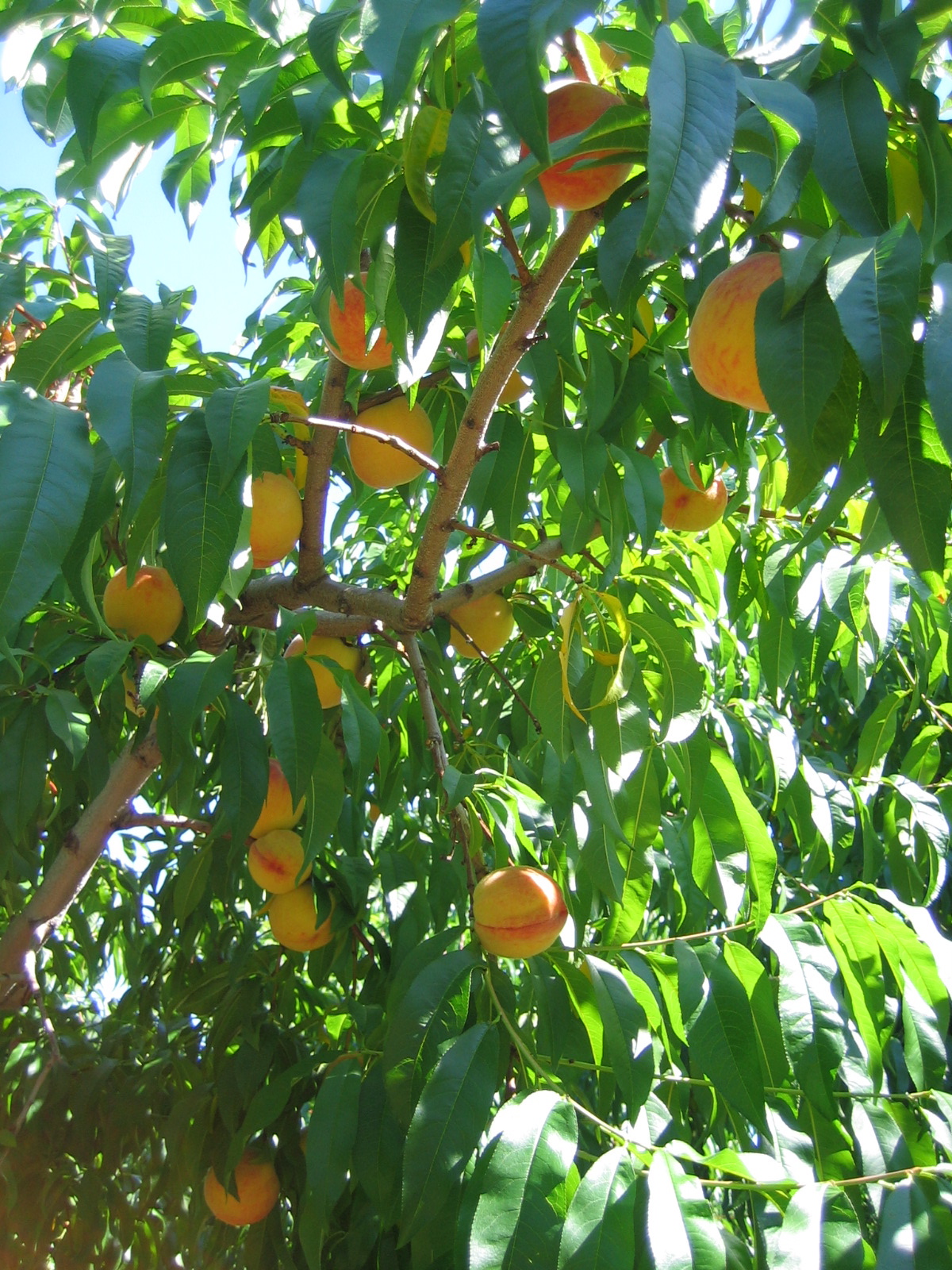 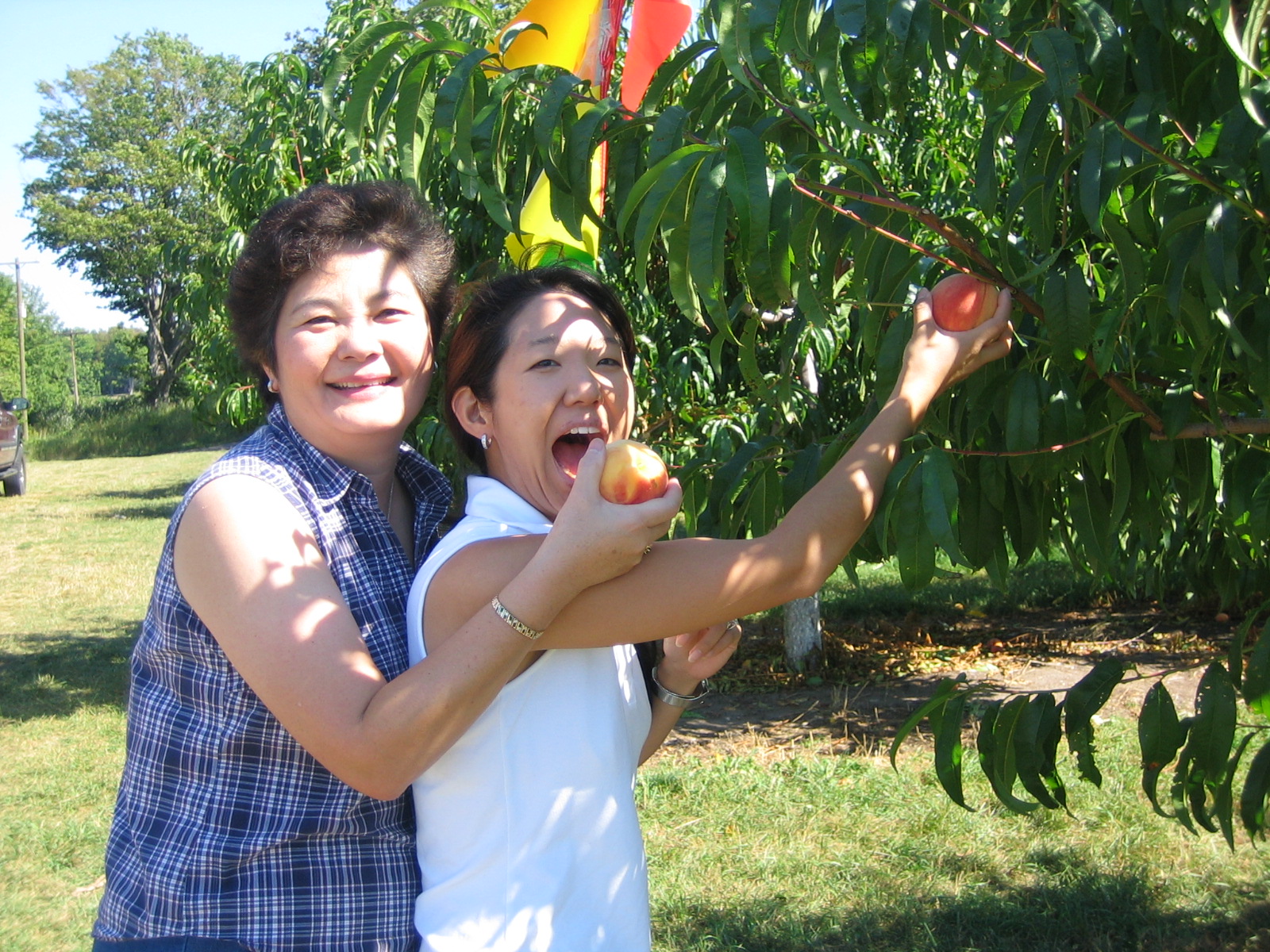 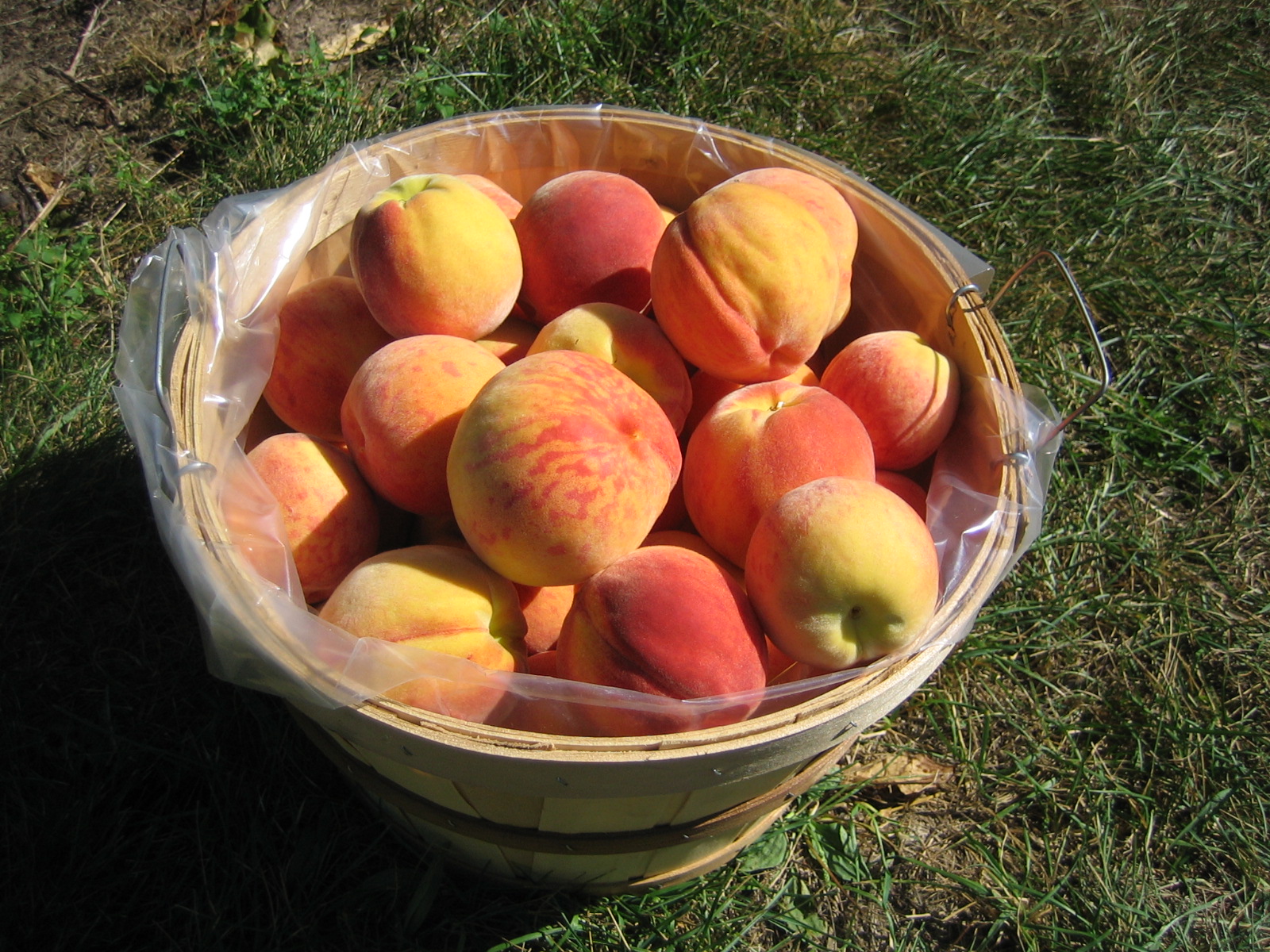 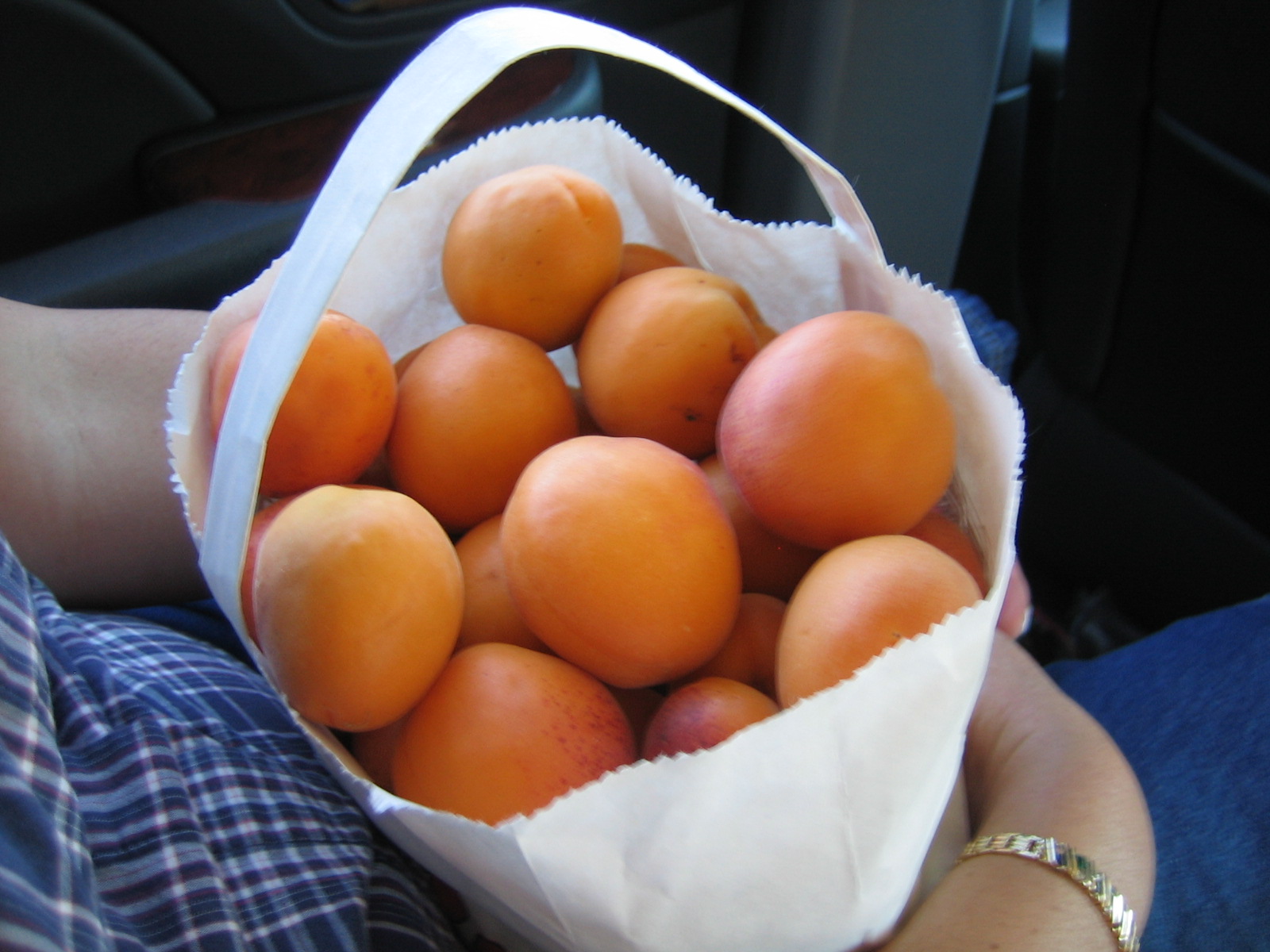 We also bought a bag of fresh apricots.

We also bought some yummy (real) cherry soda. (Sorry, I don’t have a picture of that!) It’s too bad it wasn’t later in the season, or we could’ve started picking apples. I love apple picking.

After that we headed to a local golf course called “The Farm” to play some late-day golf. Here are just a few of the pictures I took of the scenery: 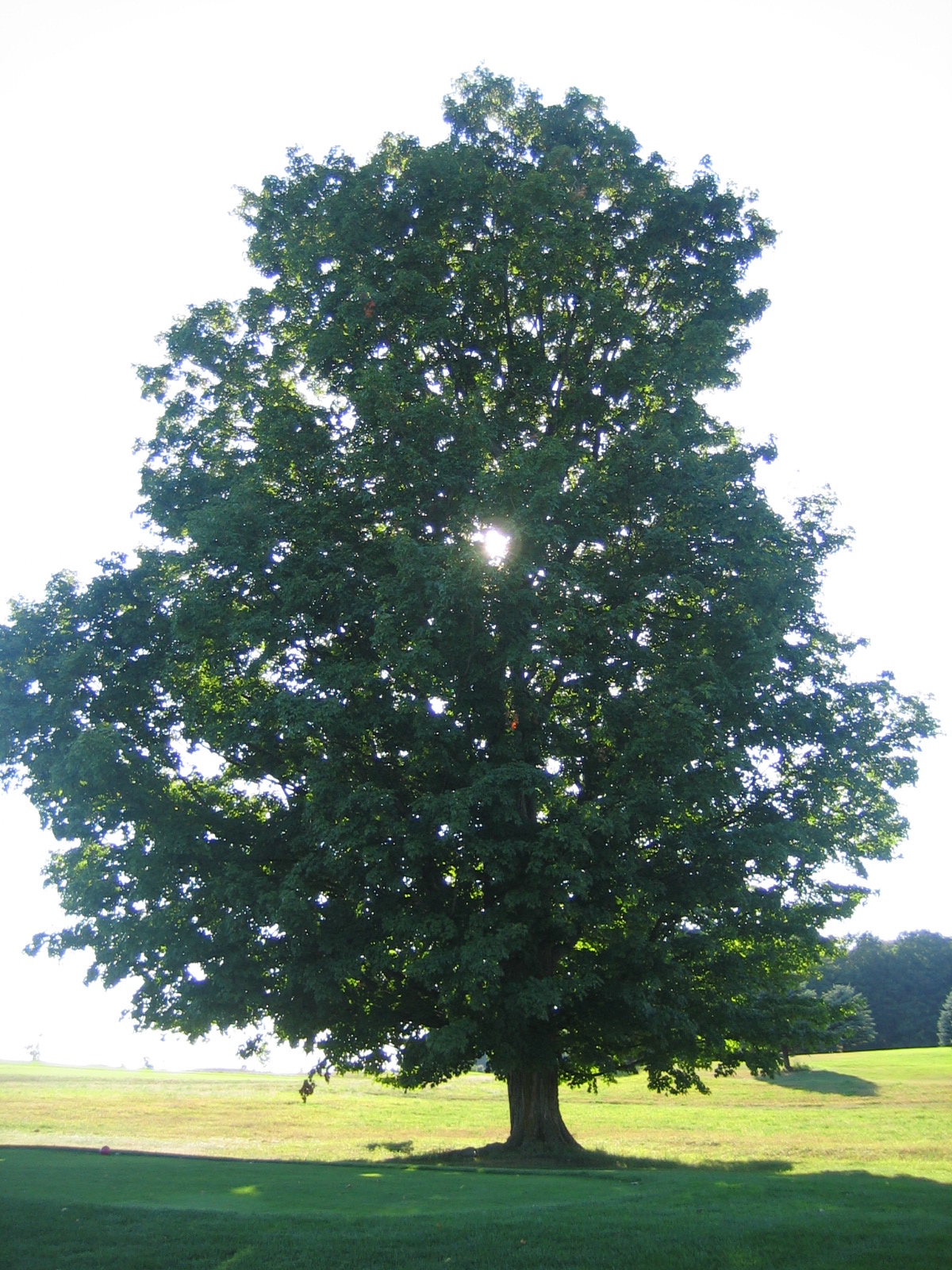 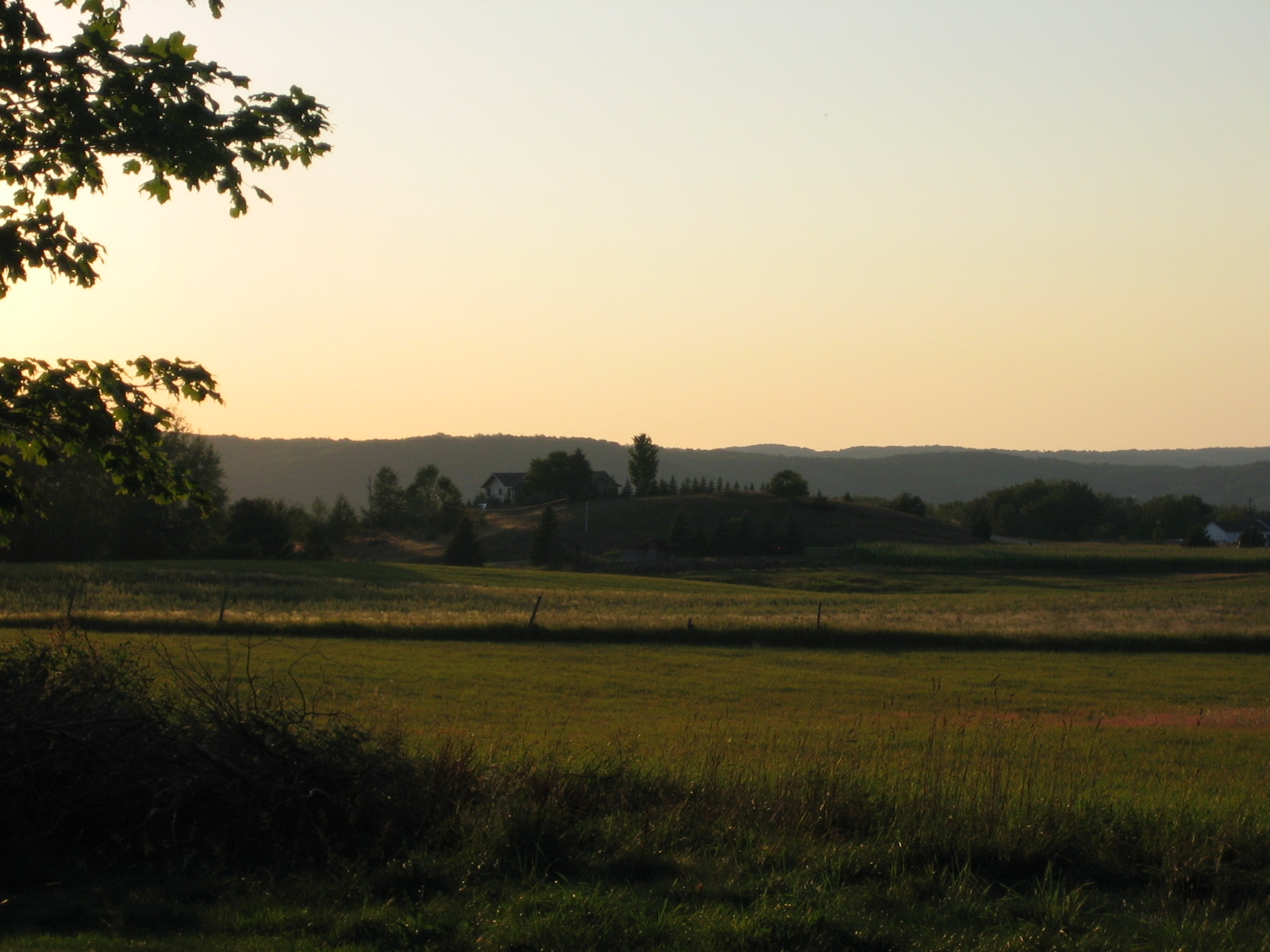 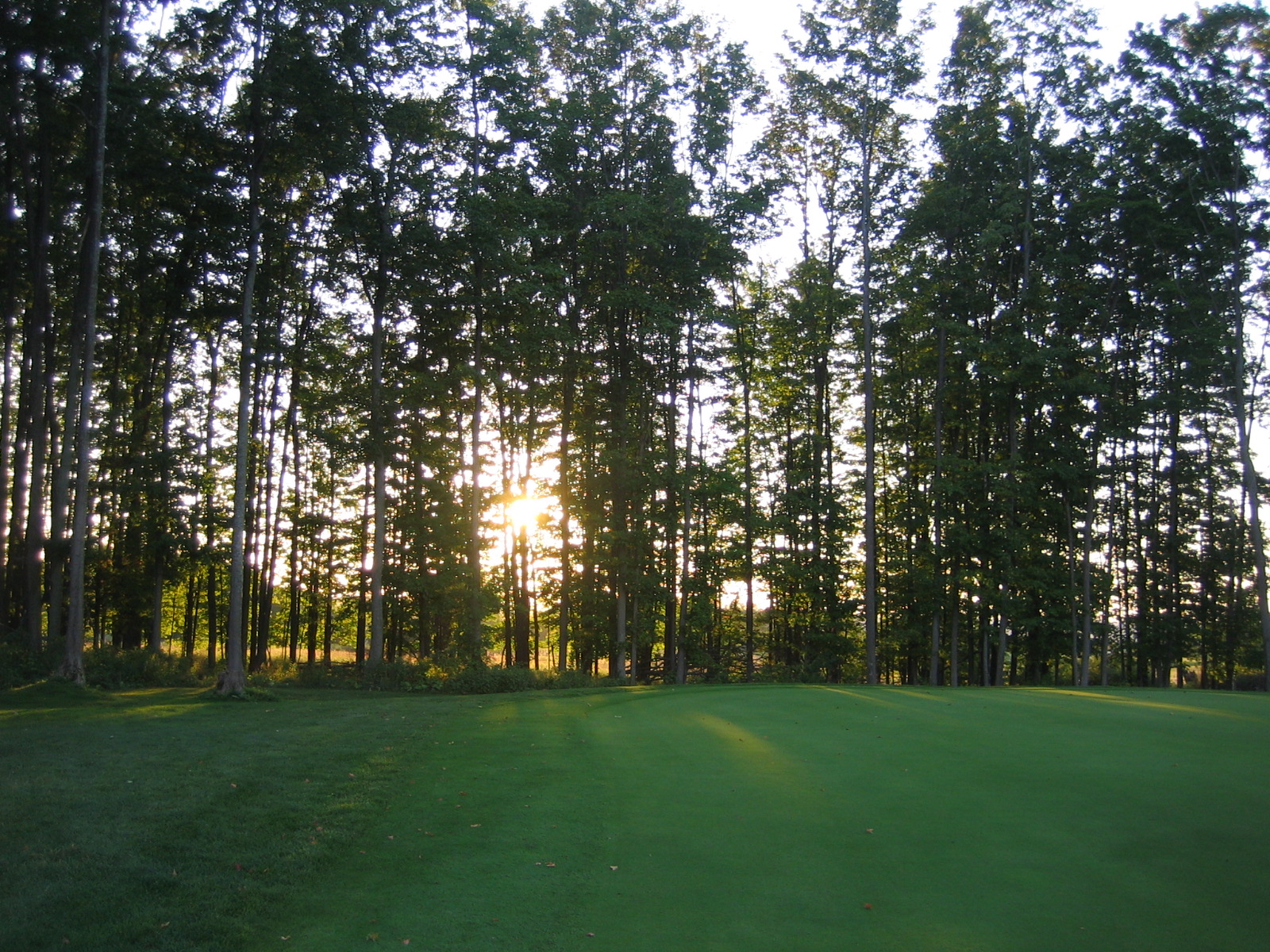 The area, like Vermont and New Hampshire, has some of the most beautiful foliage in the Fall. Unfortunately, most of the trees haven’t started turning colors yet. Sad face.

After dinner, we watched this Japanese movie (with English subtitles) about this little girl and her family who rescued a dog off the street. The dog had babies, and then there was a big earthquake. Without spoiling the movie (because I’m sure you’re going to somehow figure out which movie this is based on a 2-sentence plot description and no title), the dog tries to help rescue the family in Lassie-style fashion. My sister bawled her eyes out. Her husband (my brother-in-law) and I made fun of her. She smacked us.

My Mom recently bought Wii Fit, so after the movie, we played that for a while — sooo addicting. But at least you’re exercising while you play! I found out that I am horrible at yoga…

The next day, we drove back home, stopping at Toonies for another late brunch before heading out on the road. All in all, it was a fun and relaxing weekend.

Anyways, there’s a brief synopsis of my adventures “up north” while at home in Michigan. I’ll write more soon with a recap of my meeting in Ann Arbor, as well as my recent escapades in Houston…

P.S. Can you guess the song that the title of this entry comes from? The subtitle is also a (altered) clue. As often as I can, I’ll be taking lyrics from some of my favorite songs and using them as blog entry titles (inspired by/stolen from Sam, although I probably will not be able to pull it off as cleverly or interestingly as he did). Solution to come in the next entry.

Hello! I'm Mikey Yang, one of the admissions officers, and (as indicated by the "'05" after my name) a proud member of the MIT Class of 2005. My story of how I came to be at MIT is an interesting one - MIT was actually my last choice when I was looking at colleges. In fact, my parents forced…
Keep Reading