Because not all ideas can be good

On Friday morning, I walked into Lobby 7 to head up to the Edgerton Center, where I work most mornings. As usual, I looked up in Lobby 7, more as a perfunctory check than anything else, and low and behold, there actually was a hack there! 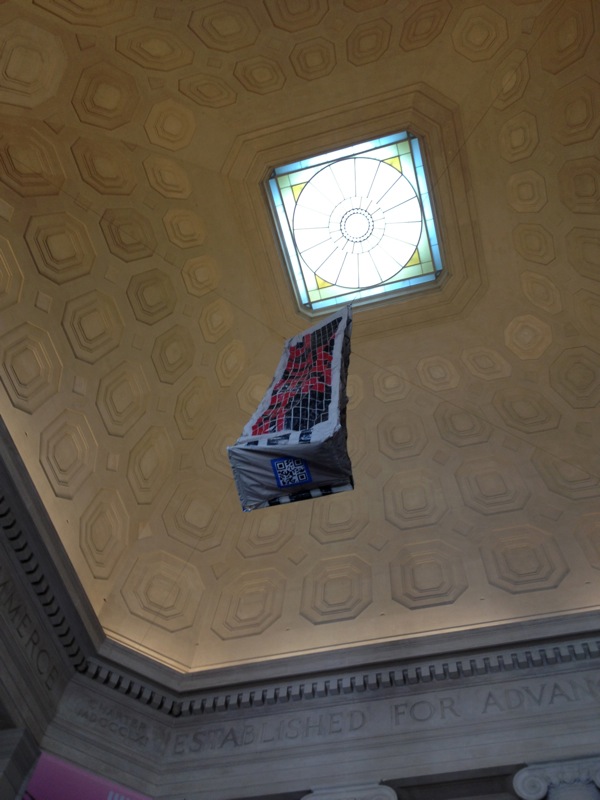 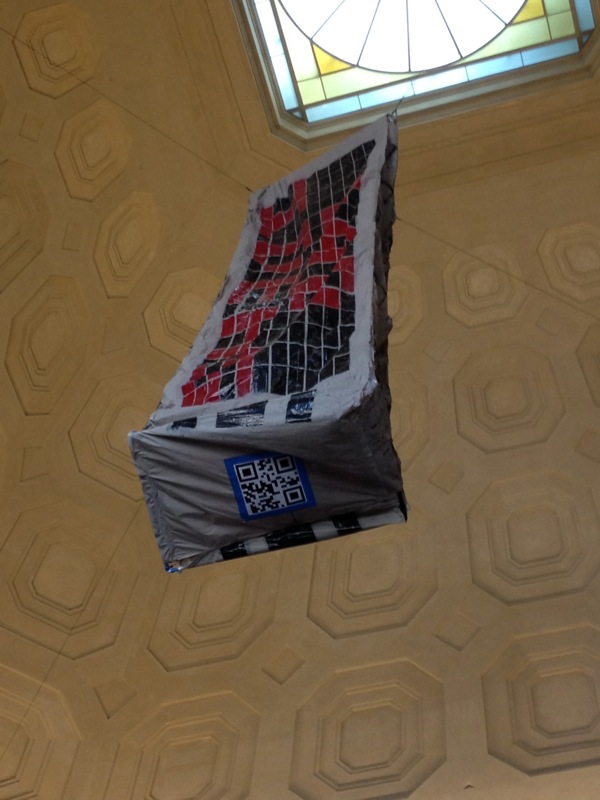 Floating in the center of Lobby 7’s dome was a model of MIT’s famous Green building.
Interestingly enough, this model was embellished with a QR code.
Now theoretically, if one were able to scan the code (unfortunately, the rippling surface of the fabric made the code hard to scan), one would have found this site: http://bad-ideas.mit.edu/

Bad Ideas Weekend is an annual event at East Campus every IAP where  people get the opportunity to implement all those bad ideas they’ve had over the course of the year. Some of the events this year are: The world’s slowest game of Simon Says, running up the Green Building stairs for 4 hours, a Python Bee, a water war (in the middle of the snow), and a Nutella eating contest. Only at MIT.

My weekend was unfortunately engulfed by other plans (one of which I’ll blog about soon!) but I did manage to make my way over to East Campus for two events: Chocolate Chess and the Nutella eating contest.
[Now that I think about it, this weekend was unintentionally chocolate themed. Awesome.]

As a freshmen, I feel that it’s my personal responsibility to take advantage of every opportunity to get a full MIT experience. So Saturday afternoon, I wandered over to East Campus where I promptly got sucked into a Chocolate Chess tournament. 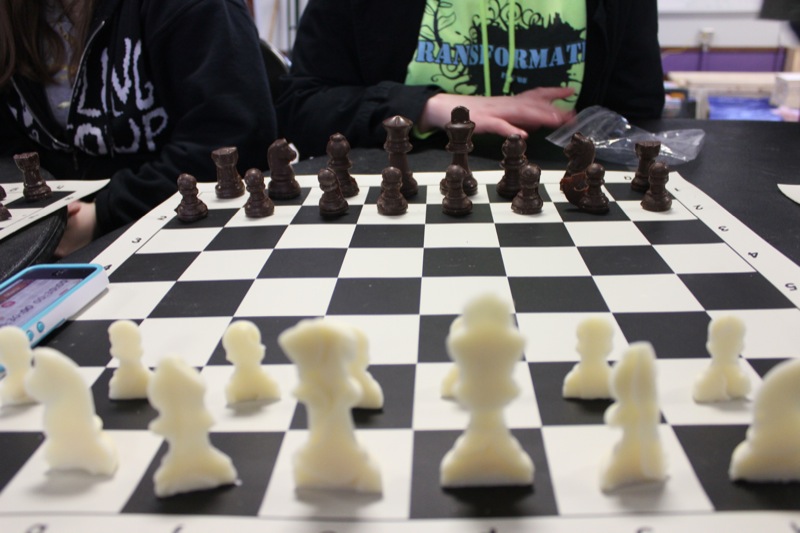 Yes, those are chess pieces are edible. Yummy. 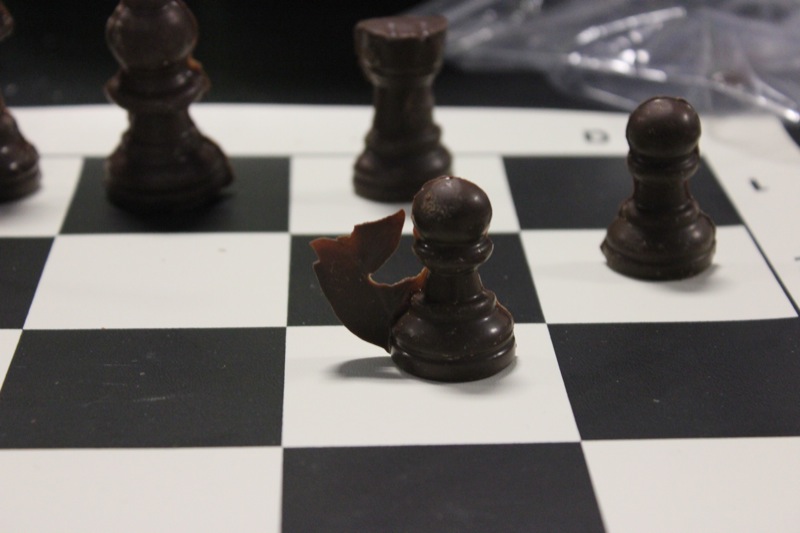 Interestingly, the black set had a special Mermaid pawns. Not going to lie, I was a little jealous.

Anyways, the idea behind chocolate chess was that each player had 8 minutes to eat the King i.e. win chess. But you had to completely chew the chocolate pieces you captured before you could stop the clock. You might be thinking, well that’s not a bad idea. But my friend, you would be very wrong. Although I ended up losing the game to my formidable opponent, I still ate enough chocolate to have a nice sugar induced coma for a hour after the game.

Nutella Eating Contest
Unfortunately, I arrived to the Nutella eating contest a little late… and only made it to the aftermath. But considering that I was only 10 minutes late and they’d already gotten rid of some of the containers, I’d say it was a pretty awesome competition to watch.

My photo of the aftermath: 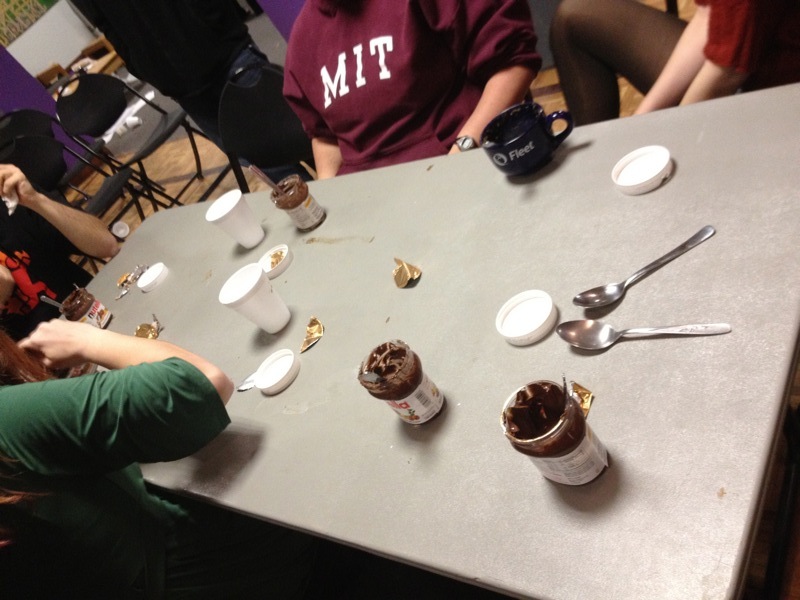