Where sound goes to die.

What I’ve noticed is that being an Admissions Blogger has turned me into a perpetual tourist. That’s not so bad, I guess, because I fit right in here. Not a day goes by when I am not absorbed by a mass of tourists with cameras, taking pictures of the most random, well, crap, that I’ve ever seen. Pictures that I’ve seen taken include pictures of a wall, of a bulletin board, of a garbage can, of a ceiling, of a vent, and of a door. I’m all for taking pictures, even having taken many stupid ones myself (especially during CPW) but sometimes it gets ridiculous. When I’m late to class because 30 people are taking a picture of a paper tree in lobby 10 then I start to get angry. Be smart, take a picture of the tree when people aren’t trying to get to class.

I now try to be more refined in my photography, taking pictures of things that matter and of things that not everybody gets to see. So, without further delay, I’d like to talk to you about the Barker Engineering Library, where sound goes to die.

MIT has this dome 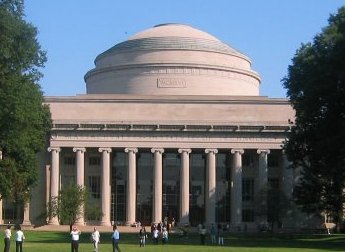 It’s a famous dome, and if you’ve never heard of it then do a google search, I don’t have quite enough time to tell you everything about it. Anyway, inside this dome is a library, known as the Barker Engineering Library. It’s one of MIT’s several libraries and it is one of the more frequented. Funnily enough, it is not normally frequented because people need books. I know I’ve never gone there for books. 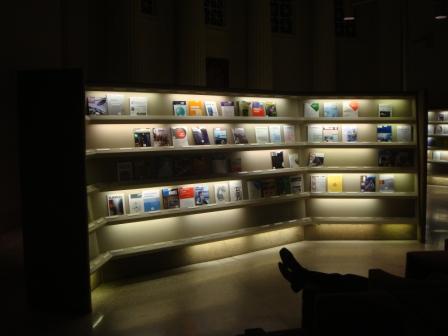 I go there because it’s a great place to study. The reading room in the library is the inside of the dome, meaning it’s round and very open. It is encircled by study-desk-things that are perfect for setting up shop and spending several hours buried in differential equations. That’s what I did yesterday, and this is what you could have seen if you had visited: 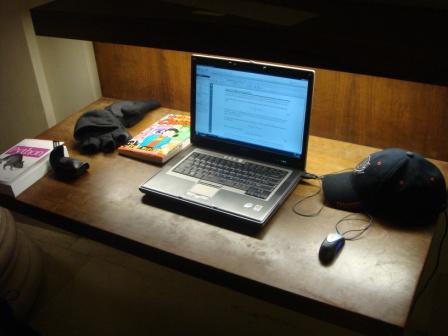 Here’s a view along the wall of the reading room, you can see how the desks are tucked away and private (that brown thing to the right isn’t a desk, nor is the table. There’s a girl sitting at one of the desks and then one farther away up against the wall). 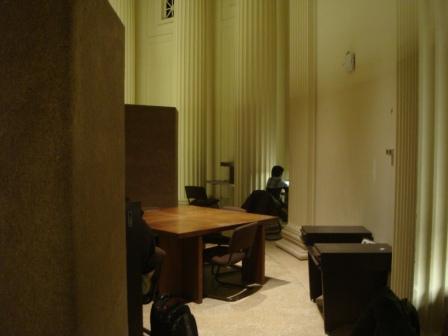 On a quick side note, I’ve noticed that a lot of people on tours love to take pictures inside MIT’s other dome in lobby 7. I’ve always assumed that those pictures would be pretty boring and stupid but have never actually taken the opportunity to test my hypothesis. For everybody out there who is planning on visiting MIT, I have gone ahead and taken a picture of the inside of a dome for you. 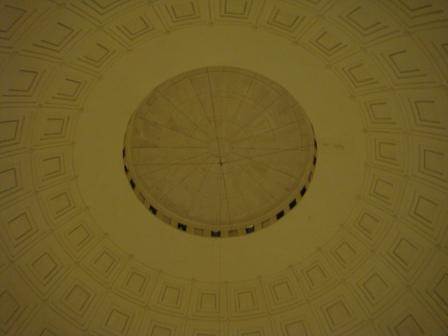 See? Ugly, and it doesn’t even look like a dome. Do yourself a favor and utilize those 2.4 megabytes of camera space by taking a picture of a neat mural or the Stata Center.

Because of this silence, and the obviously dim lights, the Barker Engineering Library takes on a whole new use for students. No longer is it a place to read or study but instead a place to nap. This silent and dimly lit library is home to the most comfortable chairs ever. Add this to the perpetually warm environment and you have an instant KO. The library staff realizes this and appreciates it. They don’t mind if you sleep there, sometimes even encouraging it if it makes you be quiet. The Barker Engineering Library is even one of the stops on the official MIT Napping Tour of Campus that happens during Orientation. On my visit yesterday there were two individuals taking advantages of the napping possibilities. 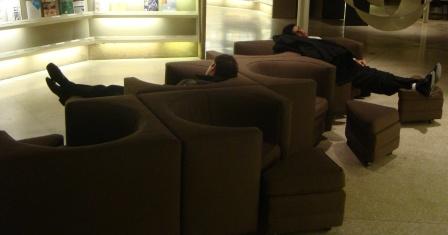 They were still there when I left and will probably be woken up by the nice lady that comes around at closing time to tap everybody on the shoulder.

So that’s Barker. If you ever need an excellent place to nap, you now know where to go.