What happens when you bring together nature and technology? I think you'll like the result. 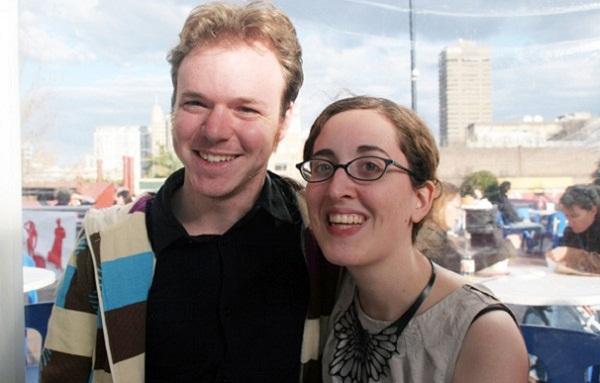 Nervous Systems jewelry and accessories began with a very common story. Boy meets girl. Girl falls for boy. Boy and girl combine their knowledge of biology, architecture and computer programming to design fashionable accessories. OK, so maybe itâ€²s not that common of a story.

Regardless, what began as flirtations in an MIT dorm has turned into a profitable company on the leading edge of a growing fashion trend. More and more independent designers are producing pieces with scientific content, and Jesse Louis-Rosenberg and Jessica Rosenkrantz take it a step further by actually using math and biology to produce the designs of their earrings, bracelets and necklaces. Each piece in their collection begins as a computer program designed to replicate a natural phenomenon, such as the branching of coral or fractal growth pattern of the veins in a leaf.

After taking their wares to the street in this summer’s Renegade Crafts Fair in Williamsburg, Brooklyn, Louis-Rosenberg and Rosenkrantz spoke with InnovationNewsDaily about designing jewelry with a computer, making art with fluids and whether or not science actually sells.

You can read the full interview here, but here’s a little sample:

InnovationNewsDaily: Jessica, you have a background in biology and architecture. Jesse, you studied computer science. How in the world did you both go from doing engineering at MIT to designing jewelry? 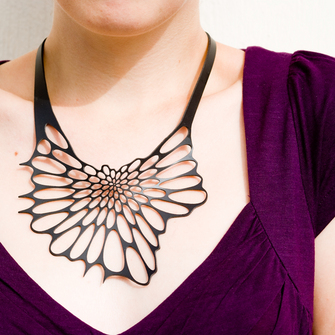 Jessica Rosenkrantz: I was studying architecture, and I would have these models I designed on the computer laying around my desk, and friends would come by and pick them up and say, “Oh, is this a bracelet.” That’s when I first got the idea.

Jesse Louis-Rosenberg: At the same time, I was in school studying math and computer science. I am more interested in the math side of things, how physical systems make order. But I was turned off by academia, and wanted to explore those interests in a more creative way.

Rosenkrantz: We lived in the same dorm, a couple doors down from each other. We were a couple, we were dating, and he saw the first pieces I designed and thought, “Hey, if Jessica can do this, I can do this, too, since I’m way better at programming than she is.”

These words, though, cannot possibly convey the awesomeness of what Jesse and Jessica are doing at Nervous Systems. For that, we need photographs (from their shop). Look at all this cool stuff they have! 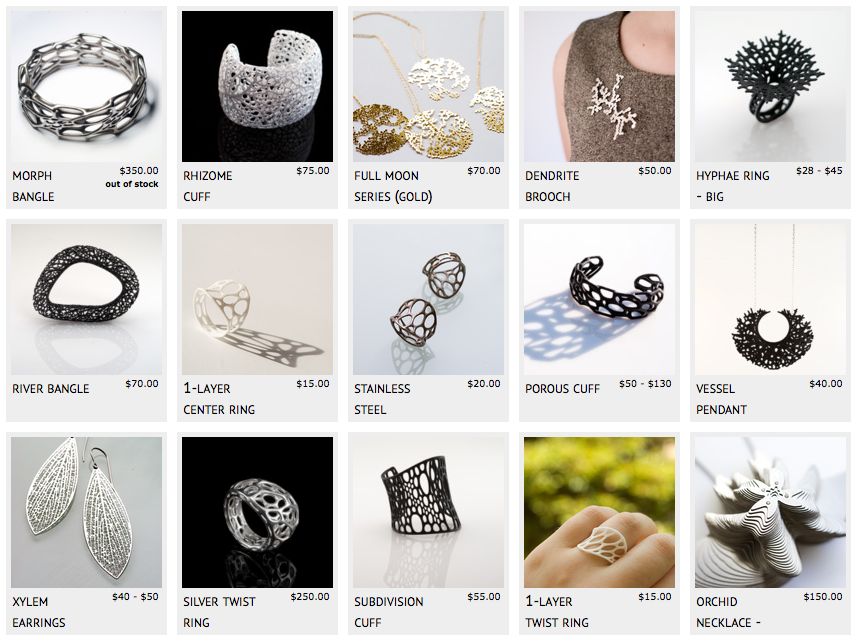 I realize I’m a little late to the party — they’ve already been featured in Popular Science, Gizmodo, Metropolis, Fast Company and MAKE, among others — but that doesn’t make their stuff any less cutting edge.

Their design process is a combinination of nature and technology, as illustrated in part by the below two videos: