Where have all the orange lockers gone?

That’s truly a title that says “What should I use for a title?”

How are you prefrosh? Long time no talk, although some of you got to enjoy our sweet dance party a couple of weeks ago (which included a friendly visit from the MIT police before our party’s ultimate demise). I write to you for several reasons. The first (and, sadly, primary reason) is that I am poor. That’s right, the money I earned over the summer is dwindling rapidly (for a variety of reasons) and blogging is one of the few ways I am able to support my spending habit. I have a theory that bloggers from juniors on up tend to blog more when they need money than when they feel like they should blog. This is just a theory though.

Anywho, I’m running out of money. Why am I running out of money? It all started over Christmas break, when I started spending lots of money because it made me feel good. I have a propensity to see something expensive, want it, and buy it. Now, if I worked for Amazon or Google or something, this would not be a big deal, but when I worked for my dad out on our acreage, there’s only so much of this “I want I want I want” spending that can happen before destitution sets in.

My first big purchase was a new camera. Amazon had it on sale for $409.00 and I pulled the trigger. It’s a Canon XS and my first DSLR. I’ve wanted a DSLR for quite some time, but the price was never right. I checked the reviews and the XS turned out to be a sweet camera for a sweet price, so I’m now the proud new owner of a “Real Camera.” I know (knew?) absolutely nothing about cameras so I put in the effort of reading through the entire manual for the camera, learning what all the different functions and settings do, and then also read a bunch of photography blogs and websites (dpreview anyone?). I’m very happy with my purchase, but am poorer as a result. 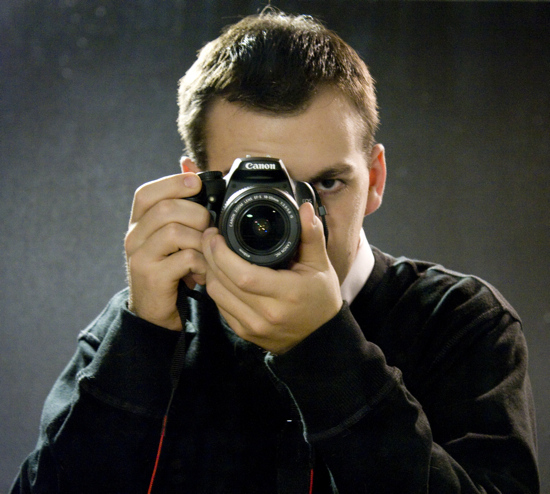 My second big purchase was a pair of snowblades. Go ahead and judge me, all you snowboarders and skiers out there, but I love snowblades and have a great time. They’re a nice transition from rollerblading (which is what I’m most comfortable with) and don’t require me to lug around poles. That, and they’re smaller less expensive. Lucky for me, my cousin had a pair of snowblades that he was no longer desirous of, as well as a pair of ski boots that, while too large for him, fit me perfectly. For $100 the price was right, and I bought both the snowblades and the boots from him. I bought a helmet from some sketchy website that had inexpensive helmets, some ebay brand goggles (I still can’t find them on any other website), and some comfy gloves and am now all set for mountain escapades. Those of you who do any winter sport know that, the cost isn’t just in the gear, it’s also in the travel/lift tickets. I’ve been skiing three times since being back, each time at ~$75 (plus food at the mountain) which is wiping me out even further. MIT has a Snowriders group that makes it really easy (and affordable) to hit the mountain for a day, transportation included, but it’s still not cheap.

Next is Toy Fair in NYC. Last weekend was my third time at Toy Fair and, as always, I had a blast! I met tons of CEOs, saw (and played with) lots of awesome toys, and even bought a 7x7x7 V-cube (better than a Rubik’s Cube). Of course, the bus to NYC and back was expensive, as well as the food I ate there, but again, these are the prices to pay for entertainment.

So here I am, with a rapidly dwindling supply of cash. What is an MIT student to do? Work! This means blogging and UROP for me, in addition to some more work for Livescribe (three jobs!? what am i, crazy???). I work for SmartCities in the Media Lab now, helping to design the caster system for the CityCar (seen below) 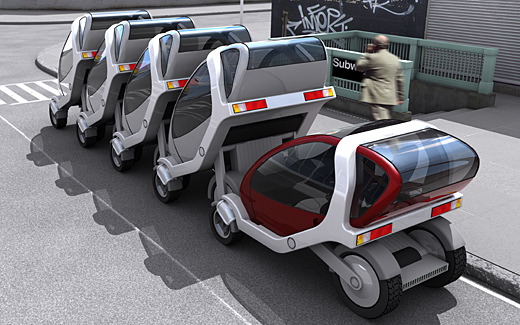 My semester is crazy this time around, and I don’t know how I’m going to pull it off, but I’ll certainly try. I’m taking 60 units of classes (a chunk of which is TAing for Toy Design), doing Pistol (Nationals are coming up), am i3 chair (along with Jess Kim, be on the lookout for the Guide to Residences and the i3 DVD this Spring, Jess and I are working to make an awesome video), am doing NextACT (a play put on by Next House during CPW), am Social Chair for Burton-Conner, and have a UROP. I feel like this could backfire, but for now, we’ll go with it.

One last thing before I go. This will sound creepy, but I don’t want it to. Two friends and I are going skiing/snowboarding during Spring Break at Sugarloaf (which is in Maine). Due to a variety of reasons (none of which, I promise you, are ill intentioned), we are looking for one more female to join our trip. We’ll be leaving MIT on March 21st and getting back March 26th. It costs just $300 for 5 nights lodging and 5 days skiing, which is an incredible deal. If you are interested in joining us and live in the greater Boston area or Maine, shoot me an e-mail at [email protected] and we can work out details. It should be an awesome trip and it’s a deal you really can’t beat. For more details, check out our trip on Snowriders: