the close of the 2014 Design/Build/Fly competition: day 4.

On Sunday morning the Design/Build/Fly team rolled out of bed at 6:30 AM, roughed up and ready to fly on the last day of the competition. We had one more mission to fly and we wanted to re-fly a mission as well in order to score a little higher. We were on the clock–the weather forecasted heavy rain and a thunderstorm starting around noon, in which case the competition would go on hold and awards would be given based on the current scores.

The last mission was the emergency medical mission: the assignment was to carry a two-pound payload (distributed between four blocks arranged to simulate medical attendants standing next to patients on gurneys) for three laps around the course in as short a time as possible. We knew that our Corn Dog was the fastest plane at the competition–however, the heavy winds of Saturday showed no signs of dying down, and Corn Dog was a little worse for wear after yesterday’s heavy flying. The time to beat was 1 minute and 55 seconds.

Corn Dog’s turn came while the sun was still out, and we quickly moved outside, packed the cargo into the payload bay, and got ready to fly. 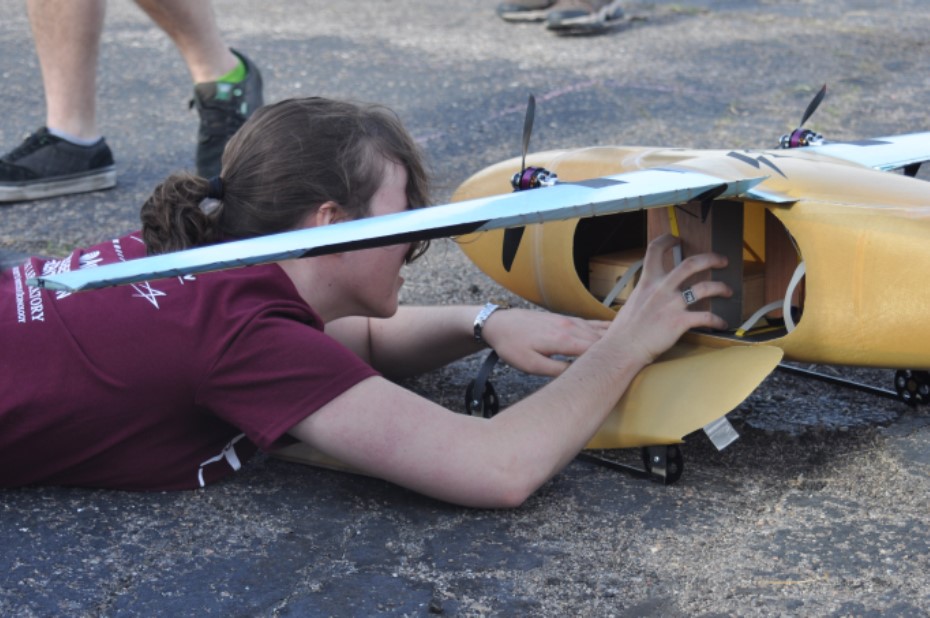 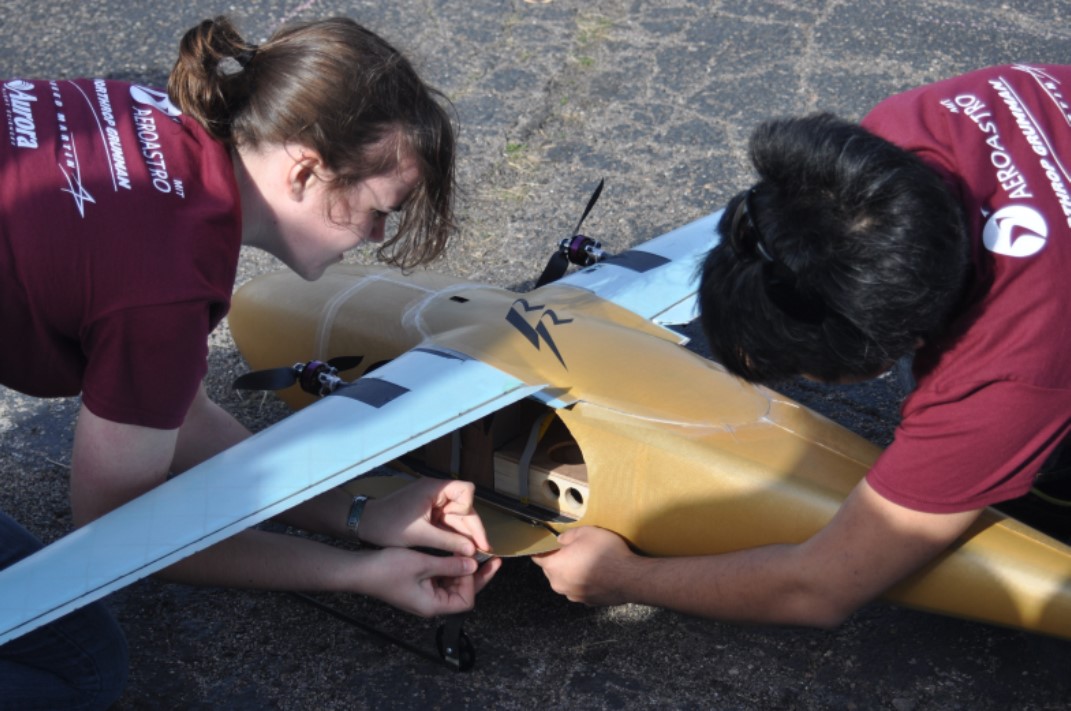 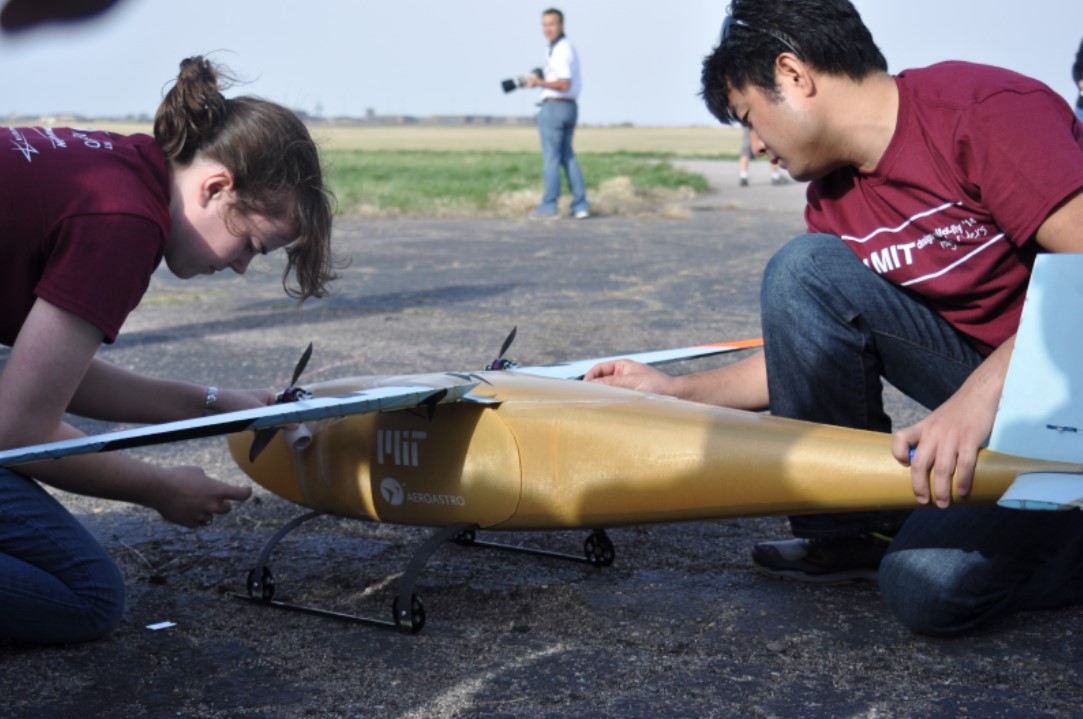 Corn Dog took off smoothly into the wind, turned around, and completed two and a half laps with no problems at all. As it came around the final turn to approach the finish line, a collective gasp went up from the crowd (along with fearful yelps and held breaths from we the team members) as Corn Dog yelped a loud SNAP and began making the very unhealthy-sounding buzzing sound of an electric razor. Corn Dog dipped out of the air–then fluttered back up again–then dipped again and charged forward through the finish line with a final time of 1 minute and 49 seconds. Success! But Corn Dog was still in the air, still buzzing loudly, and stumbling around looking like it had broken a leg. As we held our breaths and crossed our fingers, Adam (our pilot) turned Corn Dog around and landed it intact on the pavement. 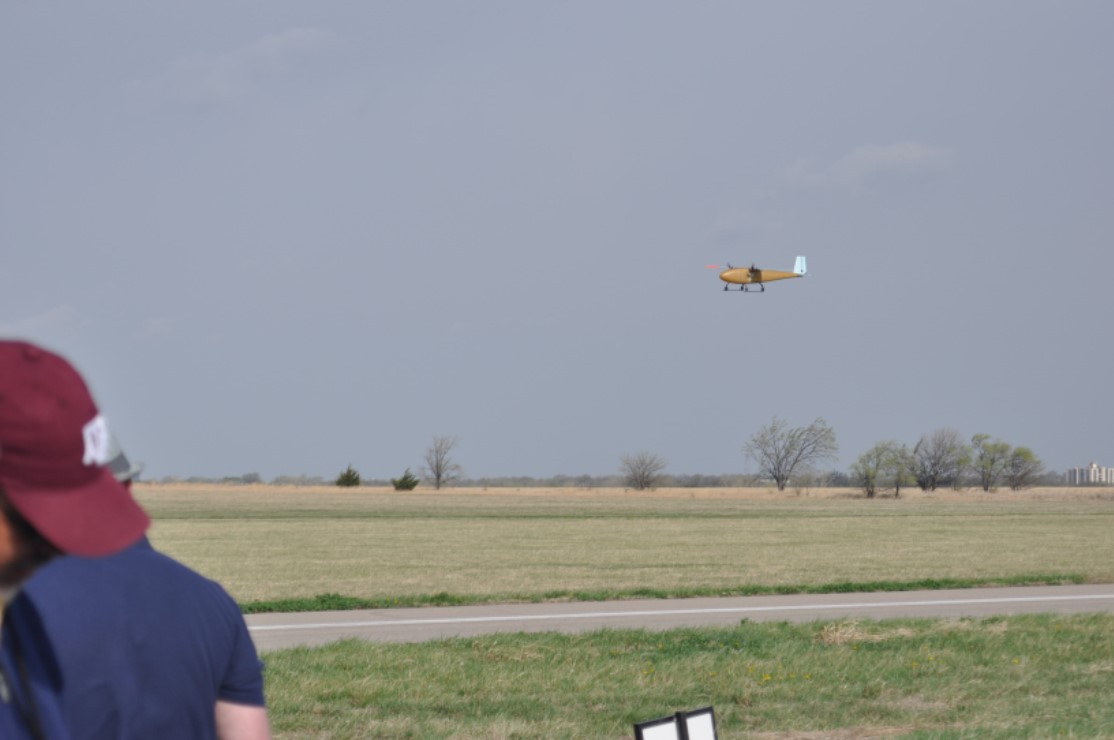 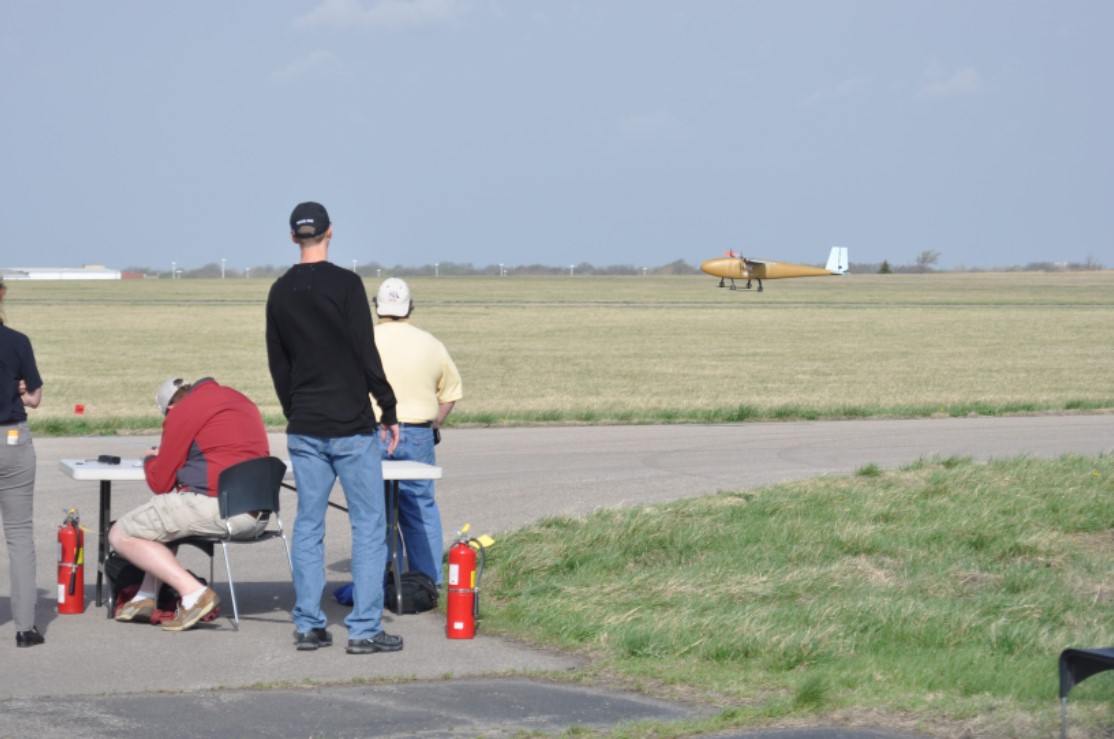 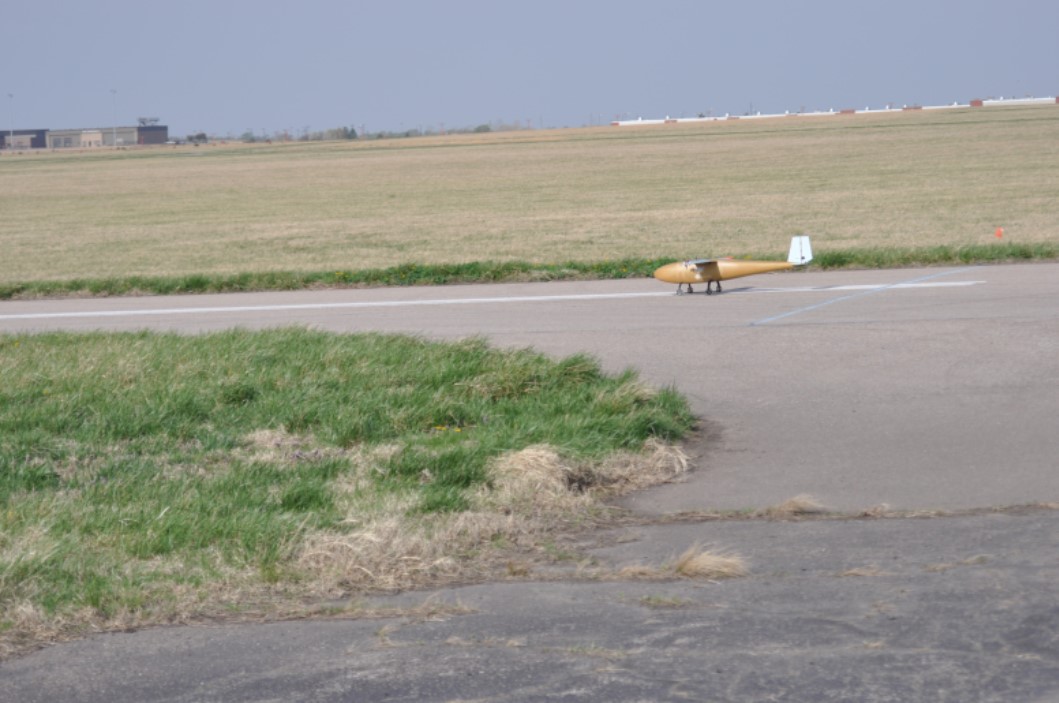 Coming in literally on a wing and a prayer.

Adam (who we are forever and ever indebted to for his amazing flying, and who has also guest-blogged for MITAdmissions), told us that he’d lost control of one of the ailerons (so Corn Dog was indeed a crippled dog for the last 100 feet or so of the flight). Examining the plane revealed that that aileron had undergone flutter, where it essentially resonates with the air going over it and vibrates wildly out of control. For Corn Dog, this meant that a lot of Bad Forces were exerted on the wing–and our beautiful composite wing layup buckled pretty badly. 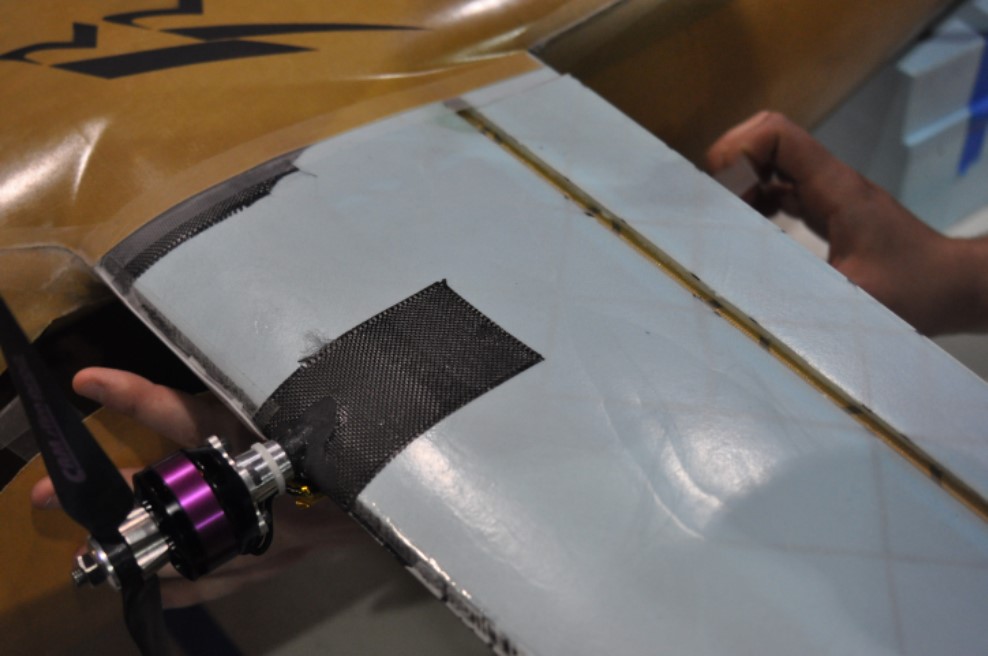 See those wrinkles? Those are caused by the Bad Forces put on the wing by the aileron flutter.

As the more experienced members of the team set about the very delicate task of repairing and reinforcing our wing in anticipation of reflying our last mission and shaving a few more seconds off our time, the rest of us found lunch at Chipotle and then camped the scoreboard for updates. Eventually it refreshed, and there we were–with our punishing weight of 4.66 pounds balanced out by our excellent mission score (in fact, the highest mission score), we sat at a solid fifth place, ten points ahead of Penn State. 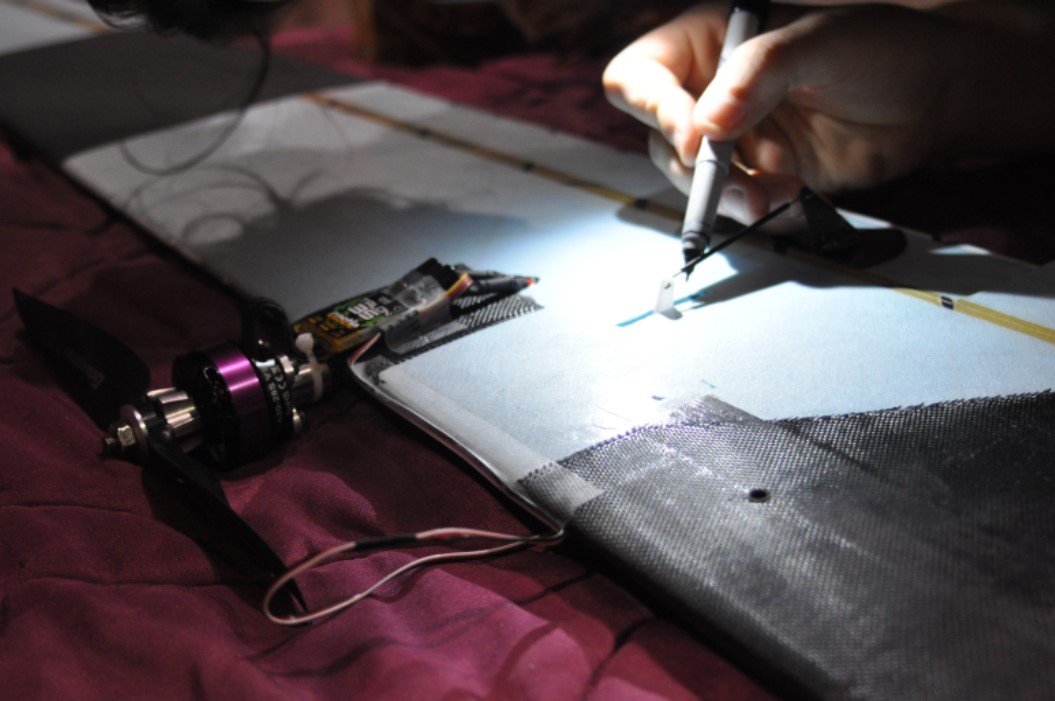 We attempted a reflight later that afternoon, but our wing couldn’t take it–as soon as we finished one lap, that uncomfortable buzzing sound returned and Adam quickly turned Corn Dog around and landed it before it exploded in flight. This time it was the other aileron that failed. We called it a wrap and spent the rest of the afternoon huddling in the wind and watching the other teams fly (and in many cases, crash) their planes between spats of rain and thunder.

We’re very happy with our fifth-place finish, but we also took home a few lessons from the competition. Predominant is the fact that, though Corn Dog was designed well and constructed beautifully, it was way too heavy–and therefore lost out to lighter planes that didn’t perform as well on the missions. Corn Dog was a very structurally solid plane (hence why it’s still in one piece), but that meant that Corn Dog was conservative. Planes that pushed the envelope a little more, using less power and less structure and flying a little less stably, gained more from the decreased weight than they lost in performance. The University of Southern California, for instance, had a mission score only 80 percent of ours–but since their plane was less than half the weight of Corn Dog, and mission score is divided by weight, USC finished with in first place with a whopping 407.24 while we settled in fifth with a meager 210.87.

And so we packed up Corn Dog and came home to MIT. We’re going to be bringing our A-game next year, though–so be prepared. Corn Dog, Jr. is on its way. For now, if you’re ever in building 33, stop by the hangar and pay a visit to Corn Dog, one of the sexiest RC planes to ever fly the Kansas winds. 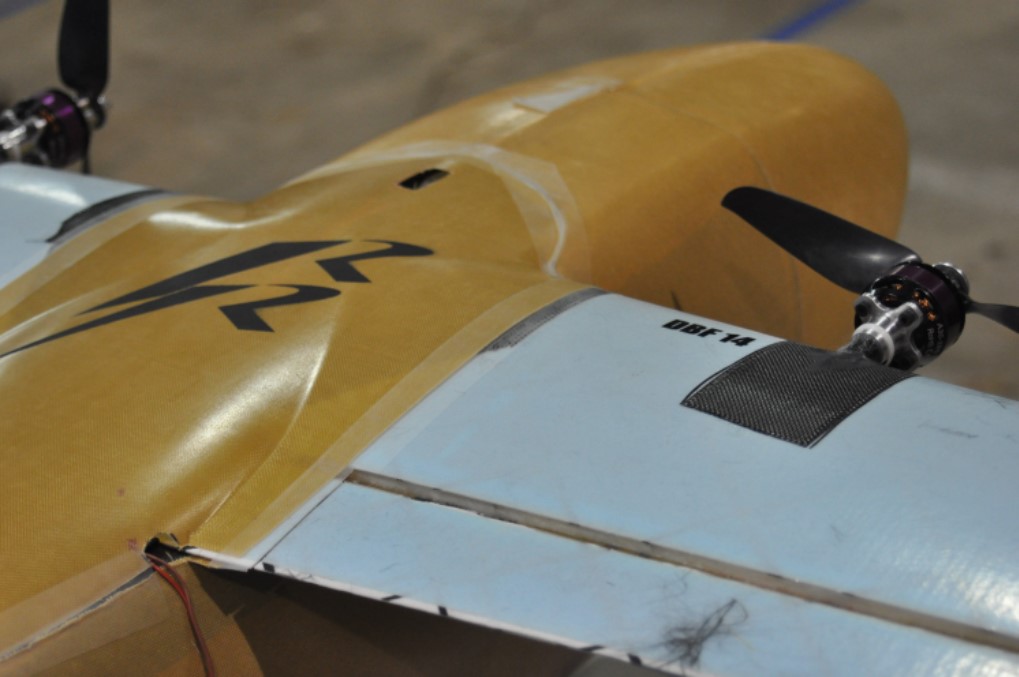