The MIT area is full of celebrations for the release of "Harry Potter and the Half-Blood Prince." 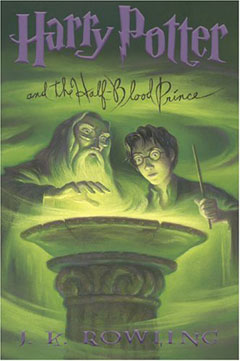 So… tonight is the fateful night for millions of Harry Potter fans across the world. And of course, MIT has more than its fair share of HP geeks, and thus you might be asking yourself, if I went to MIT, what would I be doing for the big release? Let me tell you about some of the Boston/MIT-area parties.

At Newtonville Books in Newton (a Green Line trip away), there promises to be possibly the best of the area’s events. Beginning at 9pm until the “magic” hour, the store will host a “a night of readings, movie, activities and live music for the whole family!”

What Makes Newtonville Books’ party so awesome? For one, there’s going to be a musical performance by Kay Hanley. You may know her as the singing voice of Rachael Leigh Cook’s Josie in the Josie & The Pussycats movie, or as the lead singer of the band Letter to Cleo, which provided the soundtrack for (among other things) the film 10 Things I Hate About You (yes, I can’t believe it either — two references to 10 Things I Hate About You in less than a year).

Also, reading from Harry Potter books will be author Tom Perrotta. He’s probably best known as the author of the book from which the great film Election (with Reese Witherspoon and Matthew Broderick) was made.

It’s also a costume party, which is always fun. And, as with many other parties, they’ll be screening past Harry Potter films. They’ll be having fun activities, too, like wand- and hat-making. To me, this seems like the place to be.

One of the other interesting Half-Blood Prince events is being put on by the Charles Hotel here in Cambridge. Their plan is to turn Harvard Square into “Hogwart’s Square.” If you book a room through their package, guests will, “upon arrival, reach into the Sorting Hat at the hotel’s front desk to obtain their guestroom key.” At midnight, they’ll bring the book directly to your room. In the hotel’s courtyard, they’ll have an outdoor screening of “Harry Potter and the Prisoner of Azkaban;” all guests also receive the DVD for free, as well as Droobles Best Blowing Gum. The package includes a suite room (nice!), but runs $299.

Some of my favorite Boston-area bookstores are also having cool parties. At Brookline Booksmith, folks will get a free Harry Potter T-shirt, eat “exclusive Harry Potter Cookies” (including shapes like Hogwarts, lightning bolts, and Harry’s glasses), play trivia games, and wear costumes. Here in Cambridge, the Harvard Book Store (not affiliated with Harvard University) will have a cool costume party. They promise face painters who will provide “lightening bolt scars;” roving “triviadours” asking HP trivia questions for prizes; and a “Diagon Alley Raffle” for even more prizes from Flourish & Blotts Bookstore, Florean Fortescue’s Ice Cream Parlor, and Ollivander’s Wand Shop.

There are many other celebrations nearby to MIT. At the Prudential Center Barnes & Noble, there’s a “Midnight Magic” event. The Boston University Barnes & Nobles hosts a “Harry Potter Pajama Party,” including a scavenger hunt. Pandemonium Books & Games hosts an adults-only (16+) “Hogwarts Alumni Reunion, with games and a “Lightning-Quick Fanfic” competition. At Curious George (where many of my friends went for the Book 5 release), there’s the “Harry Potter Midnight Party.” And at Henry Bear’s Park, a toy store, their “Harry Potter Year 6 Midnight Party” will include a magician. The Boston Public Library, across from MIT’s former home in Copley Square, has an all-day party on Saturday, with face painting, crafts, games, and a movie marathon.

Harry Potter events worldwide can be found, among other places, at potterparties.org. What are your feelings about the book release?