John Williams and a bottle of wine -- on a school night! 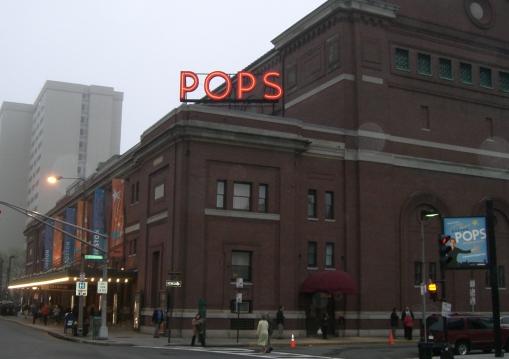 Thanks to the organizational prowess of the Tau Beta Pi (engineering honor society) social chair and a generous invitation from a biochemical engineer, I went to the Boston Pops last Thursday night. Happy 125th anniversary to the Boston Symphony Orchestra (BSO)! 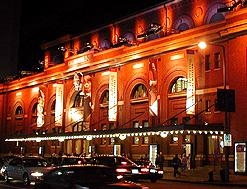 This is how lovely Symphony Hall looks when it is not so yucky outside. 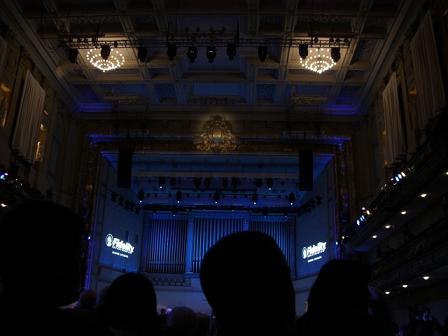 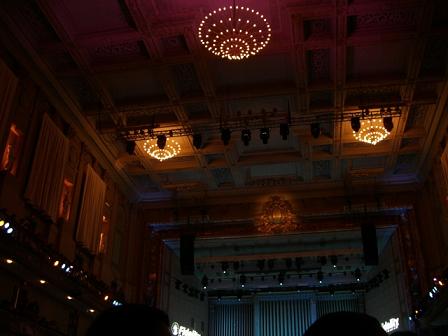 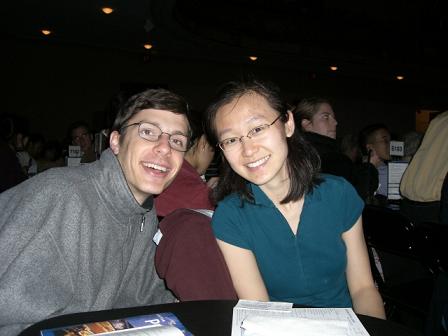 We sat at the same table as lovebirds Thomas ’05 and Shannon “Optimus Prime” ’05 — remember their engagement party last January? 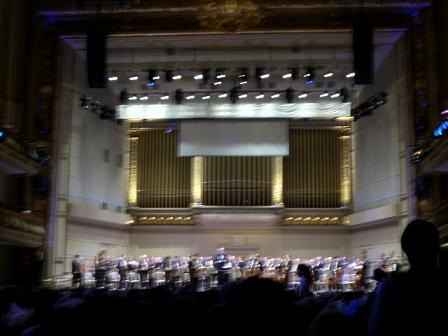 That tall man in the middle is none other than John Williams! He has composed scores for scores of major motion pictures, including the Star Wars trilogy, the Indiana Jones films, the Harry Potter films, and Memoirs of a Geisha. The paragraph in the program that listed other films for which he has composed was approximately 35 lines long. 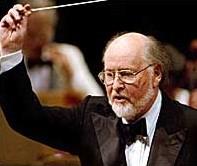 Here’s what they performed:

A Postcard to Boston
(A Hymn to New England)

Jim’s New Life, from Empire of the Sun

Flight to Neverland, from Hook 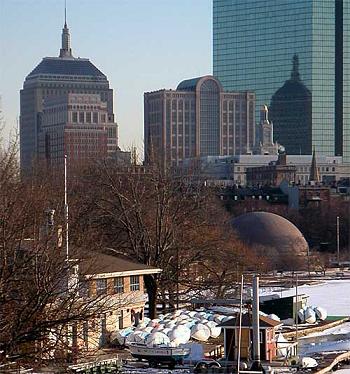 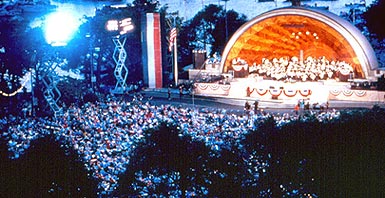 …where the Boston Pops perform every 4th of July. 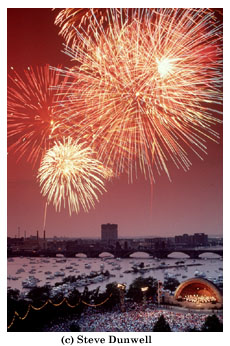 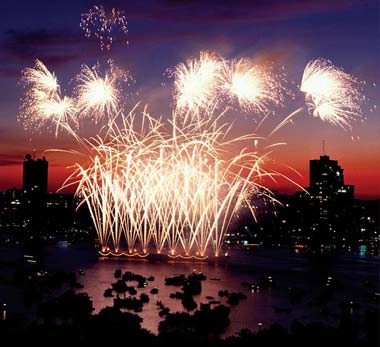 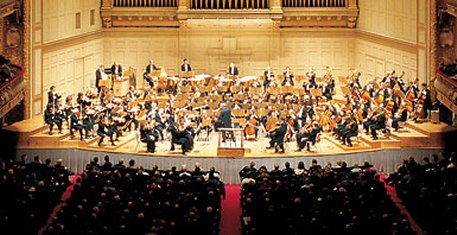 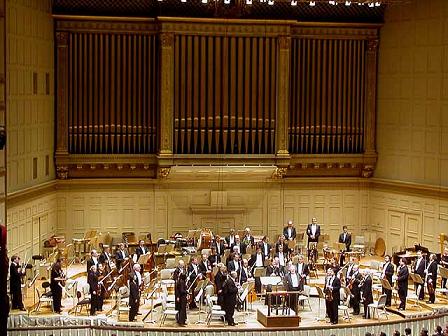