Breaking out of a slump, now with more Cleveland!

When you don’t blog for a long time, you lose your ability to rhyme. Not that rhyming’s necessary, but it was always a crutch for me.

I digress. Let’s kick the old crutches to the curb as well (overabundant ellipses and (still) parentheticals. Off to a rocking start).

I’m sure at this point, you’ve all heard plenty of life updates and reflections on the MIT (and post-MIT) experience. Identifying as a hipster-sans-the-fashion, I’m inclined to do something different, but as a last-minute blogger, I’m not going to! I’ll start with a picture. 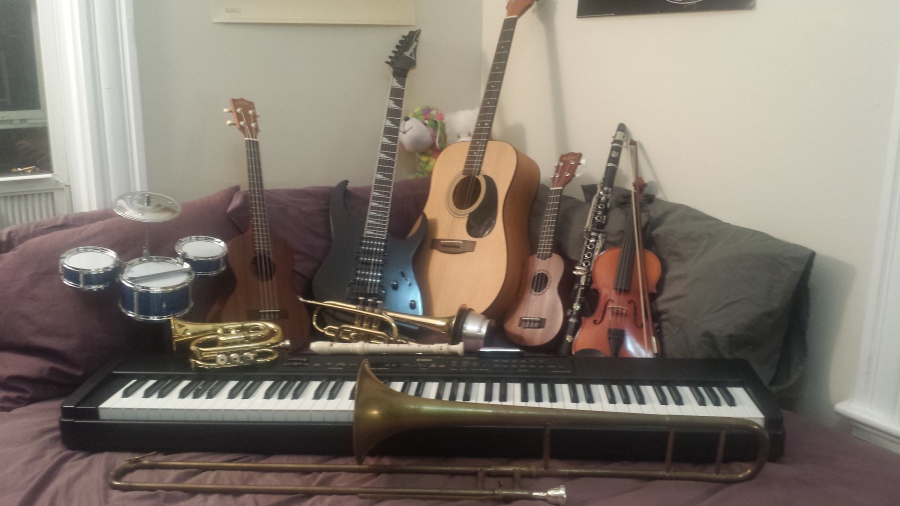 It is 2014, and an embarrassment to engineers everywhere that the cameras on my 2014 smartphone and my 7th grade palm pilot are equally potato.

This is a picture of my third apartment, the first place after MIT that feels like home. Like many other MIT ex-bloggers and MIT ex-pats, I live a stone’s throw away in Cambridge’s Central Square. My lifestyle has changed in ways subtle and profound. For example, rather than a near-daily burrito from Anna’s Tacqueria, I have a new staple food that comes in a brown paper bag: Brazilian cheese bread. I’ll leave it to you to decide whether that’s a subtle or profound change. 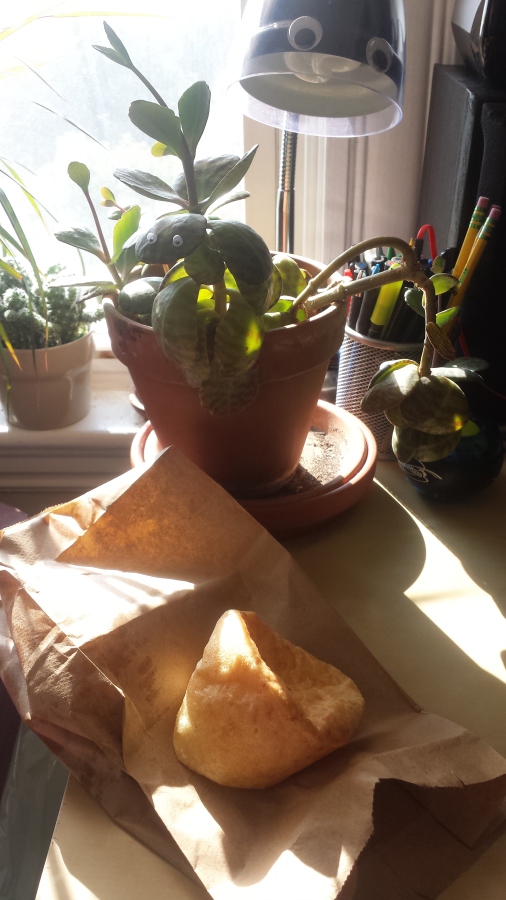 This looks about as appetizing as the last photo of an Anna’s burrito I posted to the blogs, so I don’t feel bad.

Life away from MIT is great; the good parts are what I’d hoped for, and the parts I was afraid of are better. First and foremost, I’m incredibly happy with the people in my life. They still have just as many pursuits they’re head-over-heels passionate about, and intelligent debates and inquiries still grow spontaneously from daily conversation like Athena from Zeus. Just last month, my roommates and I calculated what it’d take to build a raft to ride our couch down the Charles for the 4th of July, and argued endlessly about how to prove that it wouldn’t tip over.

I think a lot of people are scared to leave the MIT bubble. People flock to San Francisco or stay in Cambridge and around campus because they fear they won’t find friends with the mindset they have at MIT. Ironically, a friend from Caltech was similarly scared that after graduation she wouldn’t find similar people. That fear dissolved when she met a bunch of people from MIT. Out of all the environments you’ll experience, MIT may have an extraordinarily high concentration of talented, curious, and passionate people, but since graduation, I’ve met people from other schools, from totally different backgrounds, with more varied passions than ever before. I volunteered at a film festival, I discovered local classical music and jazz clubs, and I’ve pursued photo projects with some of the most unlikely people. It’s not MIT, but it is great; it’s just different.

Changes of scenery like that are important, as Anna has so eloquently stated. But my geographical scenery hasn’t changed much. Having now lived in the Boston area for 23 years, the question I keep asking myself is: what am I losing by not leaving?

2013-2014 has been a good year to answer that question (yes, I’m still young enough that I think in school years and not calendar years!). After graduation, I was burned out, and with good reason: I’d had three years without a vacation. I’d taken exciting summer internships that went back-to-back with school. I spent IAPs on intense competitions and winter internships. I taught the best classes while finishing my undergraduate degree, and along the way I squeezed in time for amazing people. But it was always a squeeze; I never left time for a vacation, and the end of my senior year it was a struggle to stay afloat.

To recover from the burnout, I took fall 2014 off. I traveled and collected stories as is the rite of passage for the 20-something: I learned from a gangster (who showed me his three knife-fight scars) what it’s like to mug someone, I visited both buildings in Cleveland, I wandered into a dance studio on a Wednesday afternoon and talked my way into a free waltz lesson, and I went to the middle of nowhere to visit a friend I made on a train. I had a great semester off, and all was well. 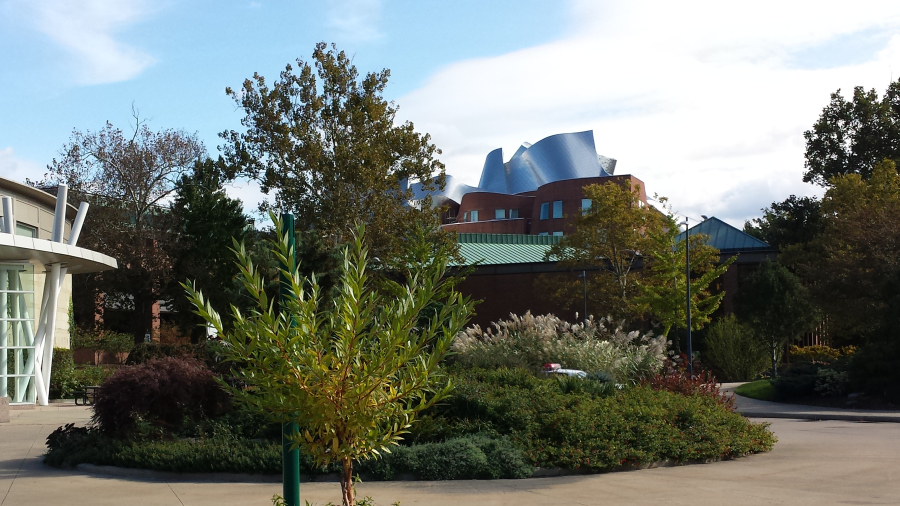 After a refreshing fall full of travel, I came back to MIT for a master’s, but it didn’t sit right. Although I (*really*) loved the class I was taking, I was in all other aspects less productive than I’ve ever been. I made excuses, many of them valid. I told myself I was dissatisfied with the wrong research, a project I’d scrambled to join when my original spring funding disappeared at the last minute. I told myself I was frustrated by administrative and organizational snafus. I told myself I was trying to jump back in to school too quickly. These were true, but I thought I could find ways to defeat them: I took time to myself to work on my projects and I took vacations to recharge after a couple months of work, but at the end of the day I was still running behind. Even though one of the things I took away from MIT was a thousandfold-amplified appetite for work, I was in a slump.

The excuses I made to myself prevented me from seeing this. Especially prolonging my slump were the short-term problems: the doctors telling us my grandfather wouldn’t survive the weekend (he did! and he’s doing wonderfully), an unexpected four-figure bill shrouded in paperwork that needed to be paid ASAP, a weeklong flu. Because I readily took these excuses as valid, I let them obscure the bigger problem. They let me delude myself. “I couldn’t because I …”  hid the fact that I wouldn’t have anyway. Such bumps in the road are dangerous; they make slumps longer and harder to spot.

The upswings hid the truth from me, too. Every time I’d travel or take time for myself even when staring down a mountain of work, I felt great. I recovered for a week, for a weekend, for an afternoon. In the end, it was just convincing myself I was okay for a short period of time, rather than facing the systemic problem I was having with my semester. Although I wouldn’t take back any of my trips or extracurricular pursuits from this year, I’d have enjoyed them much more if I’d addressed the underlying problem leading me to run away.

The first revelation comes from the slightly embarrassing photo at the top of this post: all of the musical instruments in my 9’x12′ bedroom. Being passionate about many hobbies has always been an important part of my identity and an important factor in my happiness. Some days my pursuit of pursuits feels like a revolving door, but more often it’s a merry-go-round. I spent a lot of time on photography in high school, and I got back into it in a big way last year. Likewise, I took piano lessons for eleven years, guitar for two, and trumpet for one, and as you may have guessed, I’ve been reconnecting with my love of noise-making tubules and twangy-bits this summer. Quoth Battlestar Galactica: “All this has happened before, and all of it will happen again.” The cycle of hobbies is almost a guarantee in my life. A hobby I know I love, though, felt lackluster, and the pints of ice cream from the 24/7 convenience store across the street looked much more appetizing. Where had the energy gone?

I was searching for that energy when I really saw the slump beneath it all, and how it was spreading throughout my life. A vacation, a project, a weekend with friends wasn’t what I needed; there was something deeper. I was losing interest in much of my work from a dangerous excuse I’d used: when I wasn’t motivated, it must have been because the work I was doing wasn’t what I was really interested in. But coming across my usual hobbies and finding them less vivid snapped me out of it. I’ve just been getting lazy. And that’s okay: it happens. Now that I see it, I can do something about it.

The second revelation was also a long time coming, but it finally struck me as fully developed last week. Reading the aforelinked blog post by Anna, I knew what I needed. I needed change. Shaking loose and starting over doesn’t mean disconnecting from hobbies and cutting off friends – indeed, I hope those stick around and bring me renewed vigor and happiness – but it does mean taking out of your life the things that aren’t working. I may choose to disagree with Anna about the physical ties I have to Boston; I’ve loved exploring the city with new eyes informed by a different place in life (and a near-total separation from MIT social life), but it’s time for me to try something new occupationally. Recognizing slumps and breaking out of them is hard, and I know they’ll happen again, but I’m not afraid to leave MIT for a different reason than Anna: it’s not working for me anymore. It worked for a long time, and I’d love to work with it again some day, but it’s time for a change of pace.

There’s still a good chance I return to finish my master’s degree, because there’s research I’d really like to do (for example, this is so cool), and I might have stuck around this fall had there been funding to do it. I think it’s better that I don’t continue it right now, though. I’ve been in school for … many years, and I’ve loved the renaissance of knowledge that is academia, but I want to focus my energy on one thing, and I want to build it up! I just hope that doesn’t mean I have to build the next tumblr for left-handed Uber drivers.

Yep, I’m going to get a job. That’s the conclusion. Egad, how old am I?

*Even if he doesn’t always seem it.

So long (for now), MIT, and thanks for all the blogger burgers! Here’s to checking back in after 10 more years.

PS: Thanks for the couches, too. 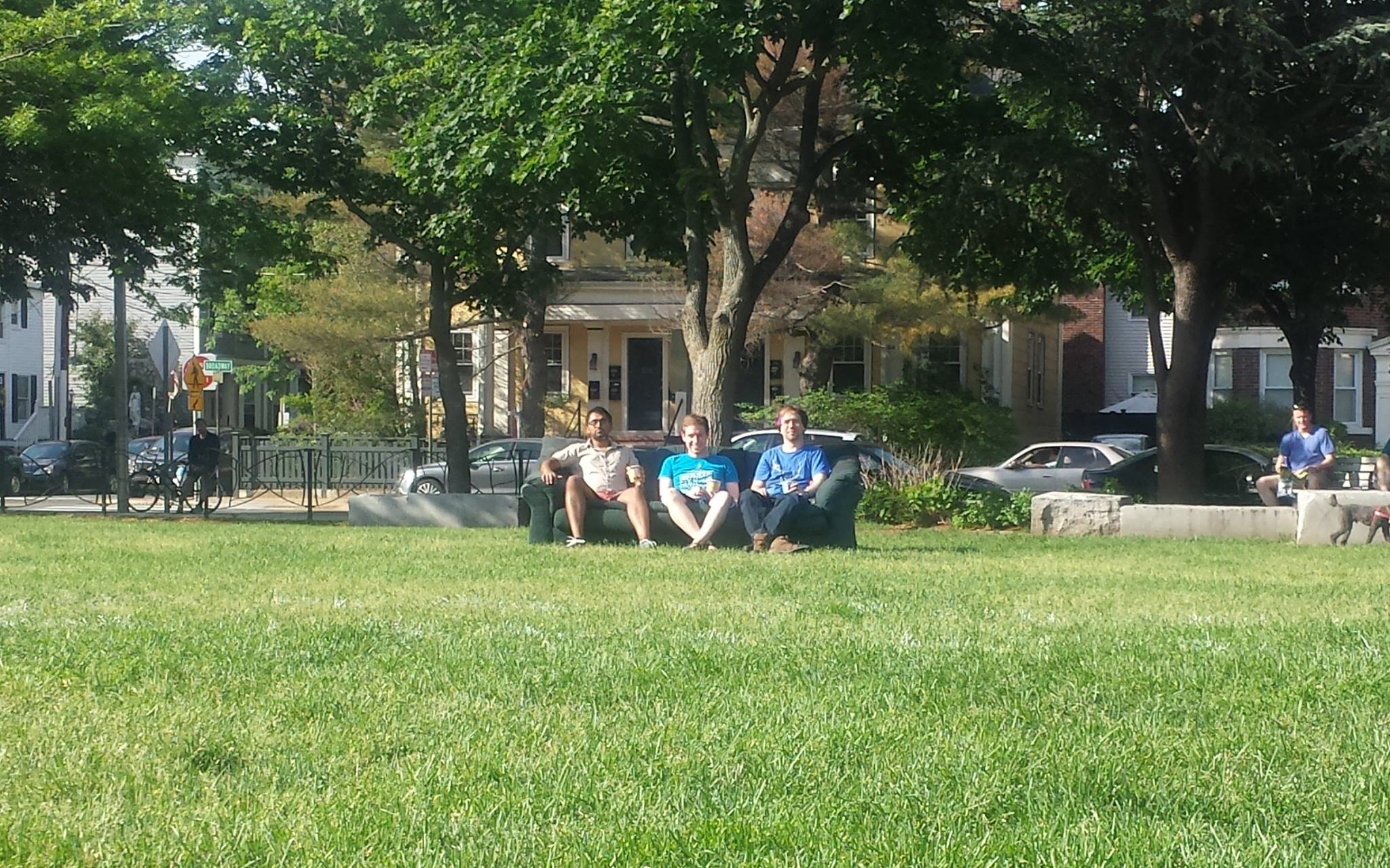 PPS I realize I put the trombone together backwards for that shot. I don’t play it that way. Also, the mini-drumset was a gag gift.