and a bigger splash of water.

As something of an absent blogger over the past few months, one of the questions I have to answer upon returning to active duty is: where exactly did all that time go?

That’s an answer too long and boring for this post (and for maybe any post; the last few months have been either a) pretty nonexciting, b) nonexciting to people who don’t care about operating systems research and development, c) exciting, by which I mean “Stargate SG-1 only has two days left on Hulu!”, or d) all of the above). However, here is an apology blog post, complete with interesting topic and colorful pictures! Also, something or other about MIT, because that’s my job, right?

Also, true to form, I have returned bringing you something of a double (or triple — slightly debatable) pun in the title and subtext. For starters, and for something MIT-related, let’s talk about Splash.

Splash is a pretty cool program that MIT runs every year (biannually, I think?); by ‘MIT’, I mean my friend Michele and a few of her cohorts in the Educational Studies Program office — which is student-run, woot woot — and by ‘pretty cool’, I mean this:

Splash is a program lasting for one weekend where MIT students can teach /almost/ anything, and high / junior high school students can learn less than or equal to /almost/ anything. It’s a pretty cool program to consider when in high school; although I wouldn’t recommend taking it as a program to pad your MIT application (something I get asked about far too often >_<), I would recommend taking it as an awesome experience. My friend Maysarah, from my (local) high school attended it once; he came back with a ton of exciting stories and a duct-tape tophat (and more, but my memory’s going — you know, once you turn 19 it all goes downhill). This means he obviously took classes more interesting than mine.

My classes, I say? What, do you ask, do I mean by that? Also, what do I mean by the last two sentences with their overloaded ugly grammatical structure? Good question. Well, this year, I kicked myself into shape in time to fill out the teacher application form for Splash, and decided to teach two classes. The ensuing disaster played out something like this:

Class 1: Beat Me at Kirby’s Avalanche!
In high school, I used the ZSNES emulator to play the Super Nintendo Entertainment System game Kirby’s Avalanche. I played it with three or four friends, and got pretty good at it. A game always (rather loosely) compared to Tetris when one first sees it, it involves creating combinations of falling, popping blocks to drop more blocks on your opponent’s screen. It looks something like this: 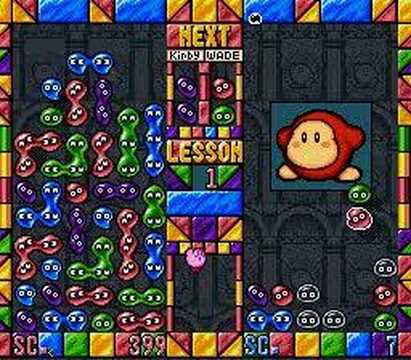 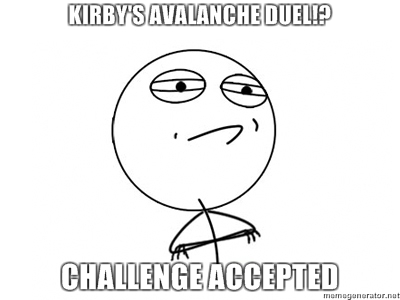 (Ok, not exactly like that, but that image came up in my google search and I decided to use it). The Splash program gave me the money to buy a SNES console with two controllers, a copy of Kirby’s Avalanche, and several pounds of assorted candies. For an hour, I battled any challengers who wanted to take me on for a shot at winning a prize, and at the end the two people to beat me walked away with the grand prize of the SNES and game and the second prize of all the extra candy. I had an awesome time teaching and playing the game, and a more awesome time losing.

Class 2: Pointers on Pointers
This class was a little more academic; having just taken MIT’s 6.828 this fall (maybe more on that later; it’s the one class I’ve taken here so far (the rest being mostly requirements) that I actually *really* cared about and was interested in). 6.828 is MIT’s junior/senior/graduate/something level operating systems course; we spend the semester studying, reading about, and developing operating systems. After a semester of that class, I was fully brushed up on my C-fu (C, the programming language) and wanted to share my enthusiasm for the awesome construct that is the memory pointer. The class began with an intro to variables in programming and memory, and ended with development of a stack tracing program for Linux and an out-of-time overview of fun things to do with function pointers. If that all sounded like gobbledegook, the moral of the story is: I have this awesome but extremely geeky interest, and for an hour a classroom full of high school students both wanted to and did sit and listen to me talk about it, and hopefully they had fun.

Now, that was Splash; time to talk about my most recent splash (har, har): an experiment in the physics of waves*.

*(apparently, moving an almost-full fish tank on the top shelf of a wheeled shelving unit can lead to several gallons of slimy, fish-solution-treated water splashing onto you and your clothes) 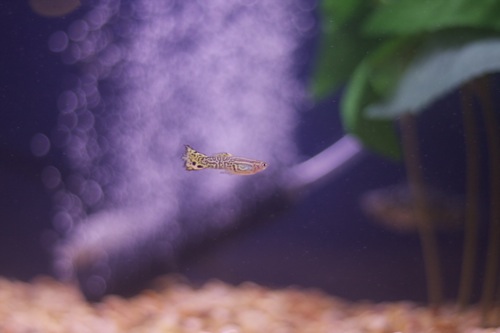 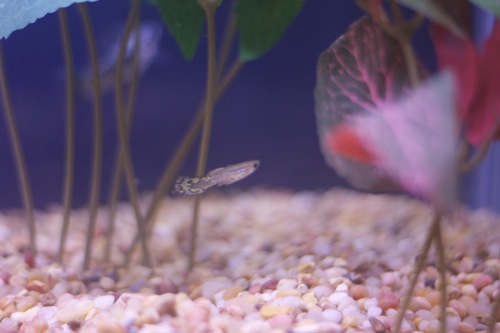 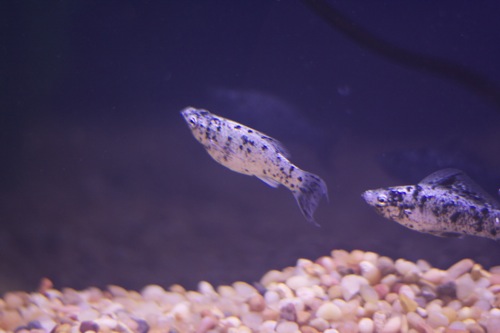 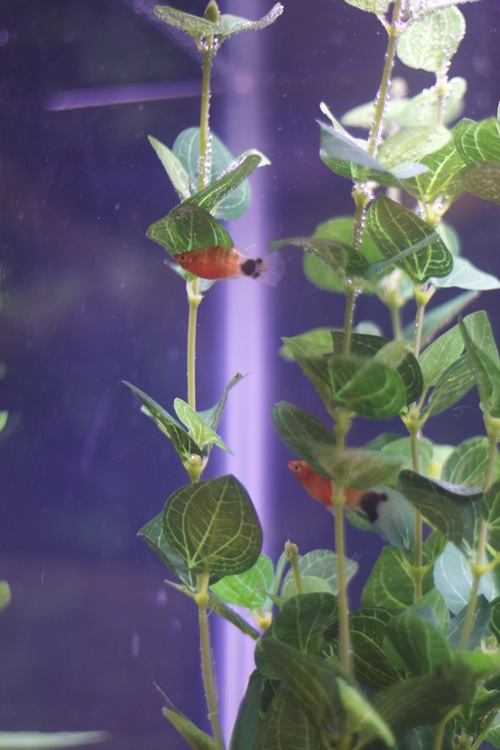 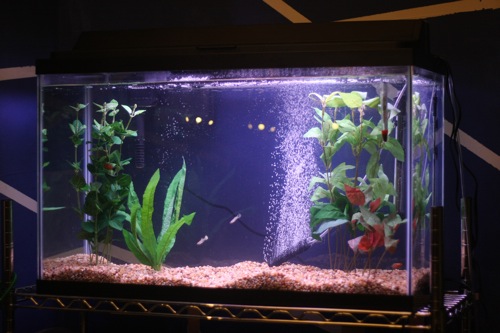 Yep. I got fish. Not as exciting as I’m making it seem, but I love it; for better or for worse, I find them about as equally mesmerizing as TV. Eventually, I’ll have more fish in the tank, but right now it’s still developing a stable population of necessary bacteria… yada, yada, yada, too soon. (For the aquarium lovers among you: any suggestions for more freshwater fish for a 29G?) The awesome part, though, is that I’m allowed to keep these fish in my dorm. Not only that; we’re allowed to keep cats. I love living in a dorm with pets, because when everybody’s gone to sleep and you find yourself still awake and still working during the witching hour, they’re incredible company. It’s incredibly soothing to have something moving and alive in your room at all times — e.g. fish — and incredibly more soothing to have something nuzzling your foot when all other life around you has retired for the night *(ok, maybe only if that something is a cute, fuzzy, cat/dog/other pet). One reason I really like my dorm at MIT.

Which is why I’ll just end with this: meet my friend, Cat. 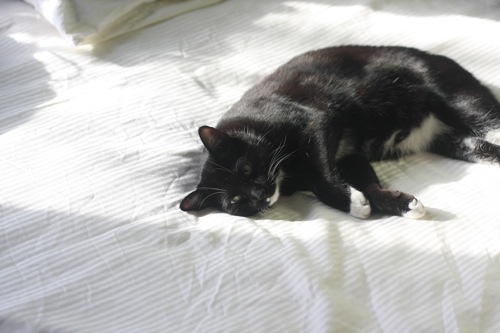 because who can resist a kitty?