A glorious carnival is marred by the passing of a beloved goldfish. (24 pictures) 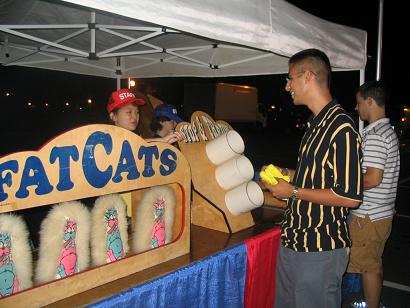 Gabe ’08, my suitemate from San Antonio, TX, returned to campus today, just in time to try and knock down a fat cat. 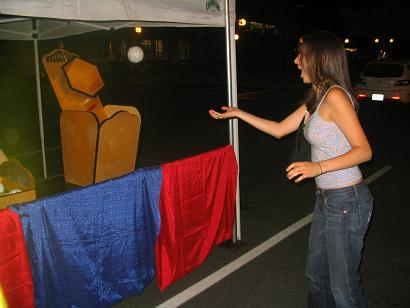 It’s really hard to throw this wiffle ball into the octagon hexagon (see comment below) without letting it bounce out. Damn game. 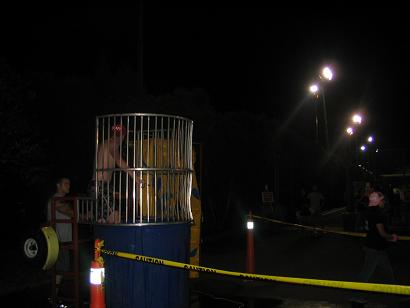 Everybody loves dunk tanks. Unfortunately, there weren’t any Nobel Prize winners in this one. 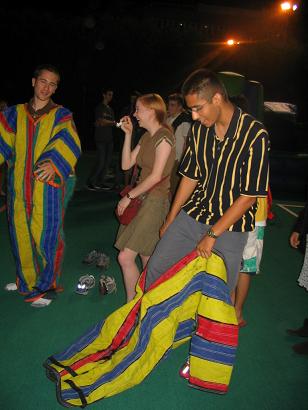 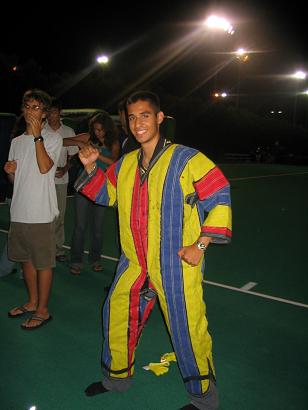 Does anyone else see the resemblance? 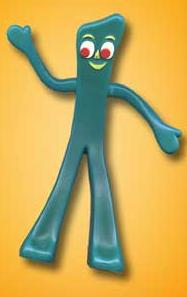 …just throwing it out there… 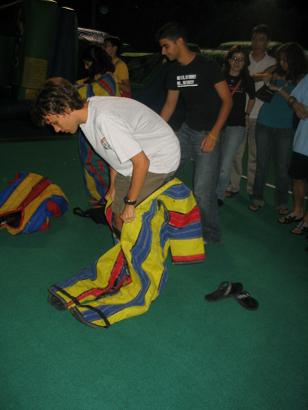 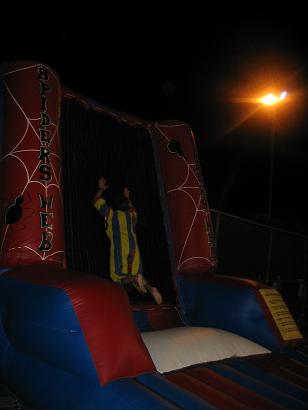 Sam and Gabe put on velcro suits and then thrust themselves onto a large complementary velcro wall. (Here’s an interesting article from the Lemelson-MIT program about how parents and their children rank the most important inventions. Velcro is in the consumer goods section.) 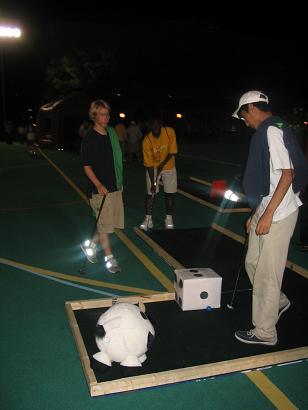 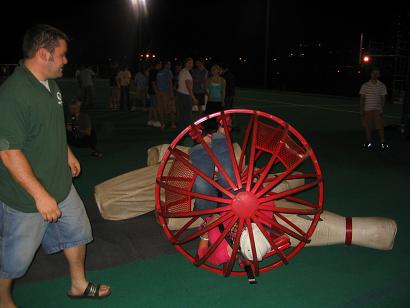 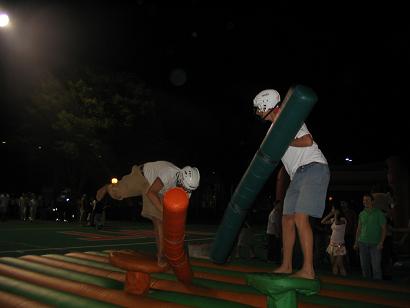 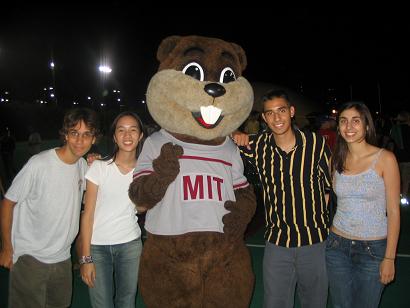 The obligatory Tim the Beaver picture. 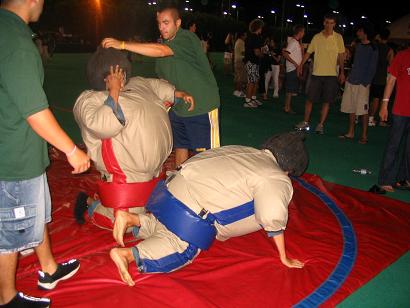 Gabe and Sam sumo wrestled each other. 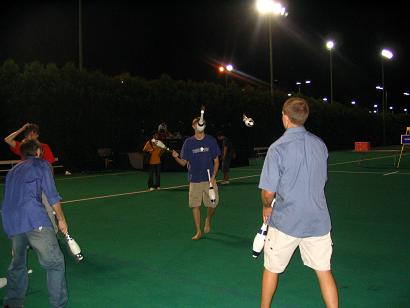 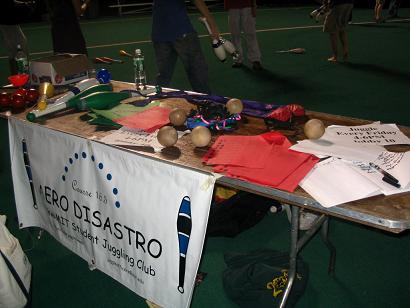 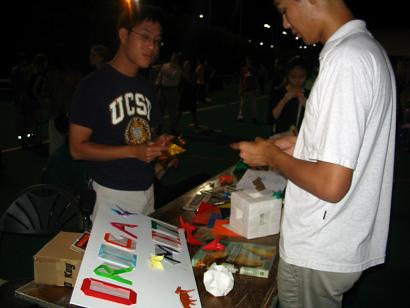 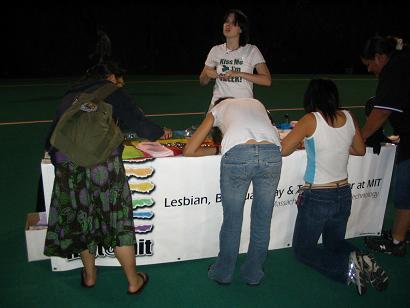 Warning: this part is going to start off happy, and end depressing. DormCon sponsored an area at which you threw something into something and your prize was a goldfish. After I performed the aforementioned task, I went over to the cooler and received my prize from Ian ’06. As I was walking away, Sam asked, “What’s his name?” I thought he meant the person who handed me the goldfish, so I said, “Oh, that’s Ian Brelinsky.” Sam actually was referring to the goldfish, so we decided to name the fish “Ian Brelinsky” in honor of Ian ’06.

I guess I have led a very sheltered childhood, since I didn’t know that carnival goldfish don’t live very long. I joked that I would release Ian Brelinsky into the Charles River so he could live longer, but then we decided that our sink water was probably healthier.

Here I am with Ian ’06 and Ian Brelinsky ‘0fish 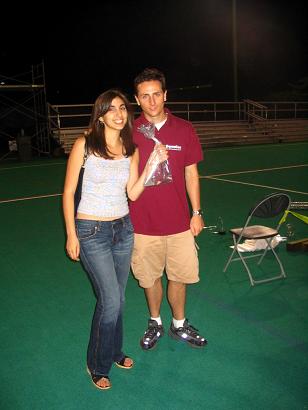 Unfortunately, at 12:40 PM we noticed that Ian Brelinsky was no longer alive. 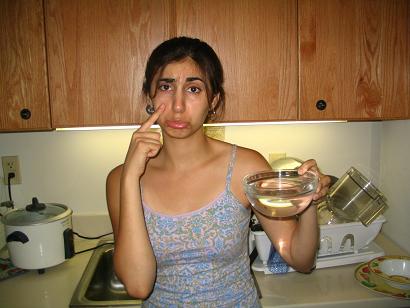 Sam offered to dispose of him for me. 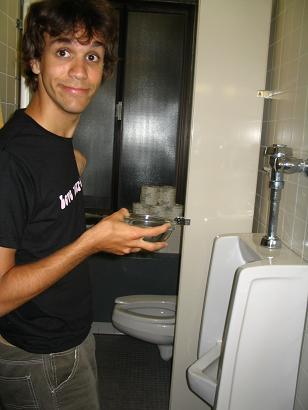 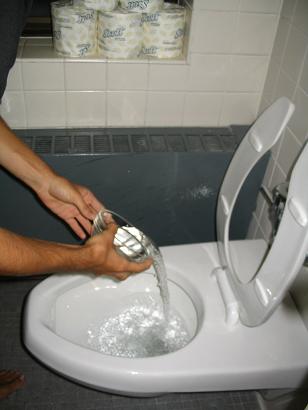 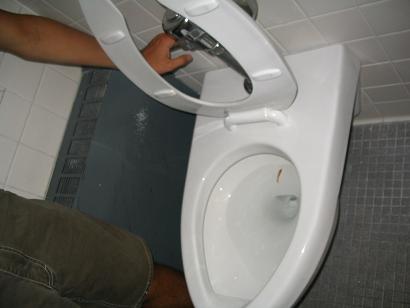 I don’t want to end on such a tragic note, so I will leave you with this: 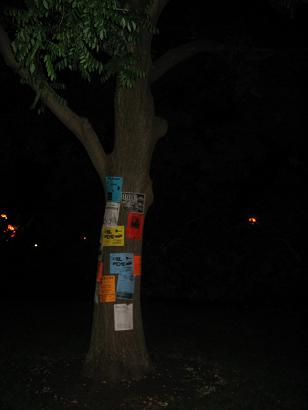 Tree trunks get so postered that we resort to taping flyers to leaves. 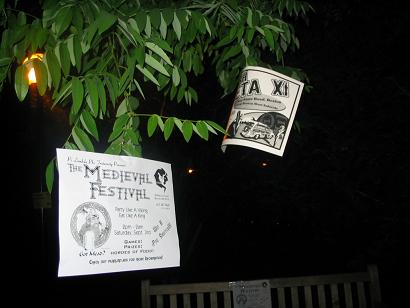