and some bunnies if you hate everything else about this post

The two thousand sixteenth year anno Domini (or “Common Era” if you’re into that) has been rough. If you are not upset, frustrated, or confused about 2016, then you probably know someone who is. Maybe you want to understand why they’re upset, or maybe you just don’t understand how their feelings could differ so drastically from yours. Maybe you don’t like the vaguely political ambiguity of the previous sentences and would rather just hear about how cool MIT is.

In either case, I have something for you.

CASE stands for Class Awareness, Support, and Equality. This new group hosts a monthly forum in which attendees discuss issues of class disparity and more generally have a dialogue about understanding people’s differences. CASE was founded and is run by MIT students and is open to all MIT students regardless of identity.

How did you find out about it?

Well, I got this email earlier in the year. 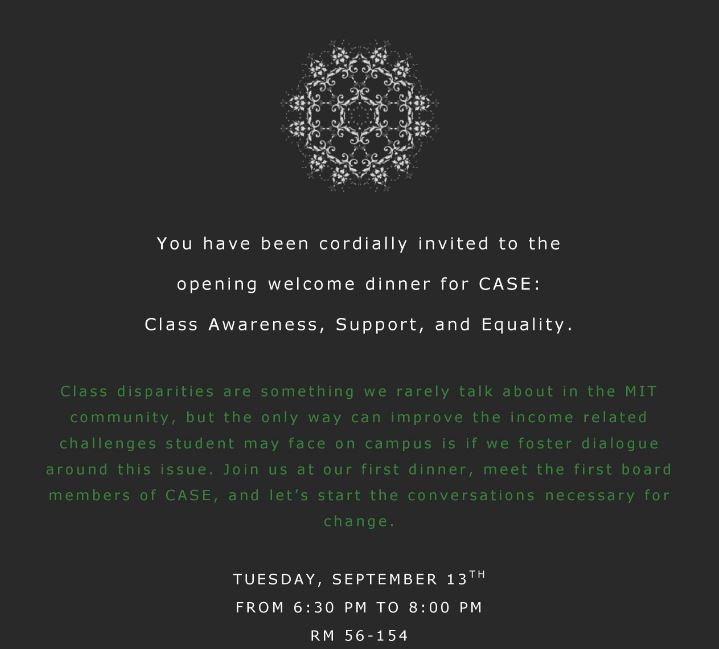 As a first-generation college student, I have always wondered how people from similar backgrounds adjust to life at an institution like MIT. I regret that I didn’t get to go to this forum. Fortunately, I had the opportunity to attend another forum on an equally interesting topic.

Intersectionality is the idea that a person’s identity is made up of the sum of various identities that cannot be separated from the context of the person. Many of these identities (examples of which include race, sexual orientation, religious beliefs, and age) are either unchangeable or otherwise dictated by the circumstances of one’s birth.

You don’t get to choose if you’re black, white, or somewhere in between. You don’t get to choose if you come from an affluent family. You don’t choose your gender. You don’t choose to have a disability. However, there are certain states of identity within these categories that have less pleasant experiences as a result of “what” they are. Many of these people find themselves disadvantaged in the workplace, in social institutions, or even just in day-to-day life. After all, a person’s experiences are inseparable from identity. And in the vast majority of cases, identity is non-negotiable.

How did CASE handle this topic?

The forum began with a presentation on intersectionality, privilege, and prejudice, as well as comments from those in attendance. Afterward, we participated in an activity where we moved around the room to different signs (including race, ethnicity, immigration status, gender identity, class, sexual orientation, religious affiliation, and disability) based on prompts such as “Which of the categories do you find most difficult to discuss with others of different backgrounds?” and “Which of the identities did you share the most with people when you were growing up?”

I noted some interesting comments that arose from this discussion and the following activity:

Where can I learn more about intersectionality?

Listen to the woman who coined the term in the first place.

I thought this was an admissions blog, not Tumblr. Why is this even relevant?

This is relevant to everyone. People whose identities mean a lot to them may experience difficulty in the coexistence of aspects of themselves. For example, a person’s sexual orientation might conflict with their religious beliefs, just as a person’s race may change the way they view their class in society. Conversely, if you never have to think about your identity, you could benefit from learning about why many people are so “hung up” on theirs. Discussing our differences in identity (rather than simply ignoring or dismissing them as irrelevant) makes us better, more sympathetic and empathetic humans.

In addition, this forum is an example of MIT students coming together for social causes. Care for the perspectives of others is part of the culture of MIT, regardless of our reputation for being a school for automatons. So shout out to CASE for hosting these events.

As far as admissions goes, I have heard people say things like “I didn’t get in because I wasn’t enough of a special snowflake” or “They probably gave my spot to a minority.” I have also heard people (@me) say “I probably only got in because I’m a girl.” This is a toxic mindset that was discussed in the forum. Sure, no college admissions process is perfect. However, you don’t get accepted or rejected for your identity. If you got in, rest assured that you are qualified, you are capable, and you have potential. If you didn’t get in, you may also be all of these things and simply not an ideal fit for the school– but you didn’t get turned away for something as trivial as the concentration of melanin in your skin.

What’s this I hear about bunnies?

They’re a reward for reading through this post and hopefully becoming a little bit more aware of yourself and the people around you. They can be found hopping around campus near dusk and, like student social awareness, are another thing that makes MIT so great. 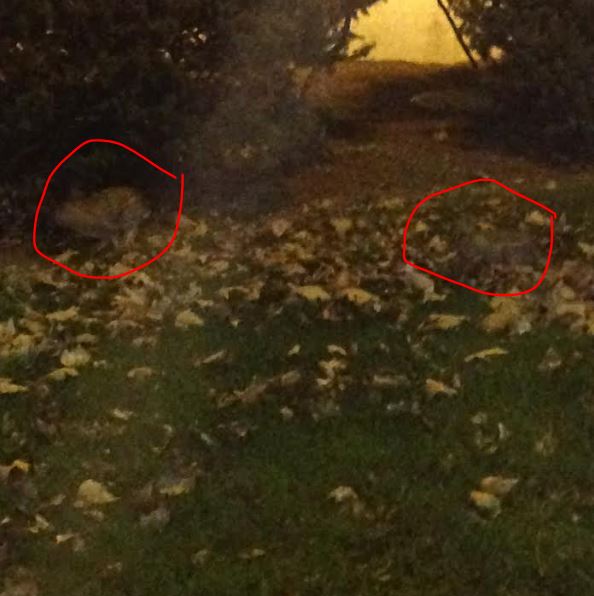 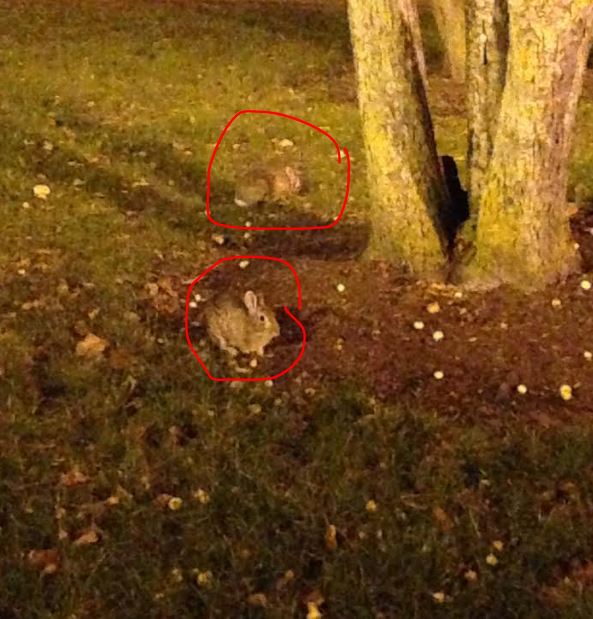 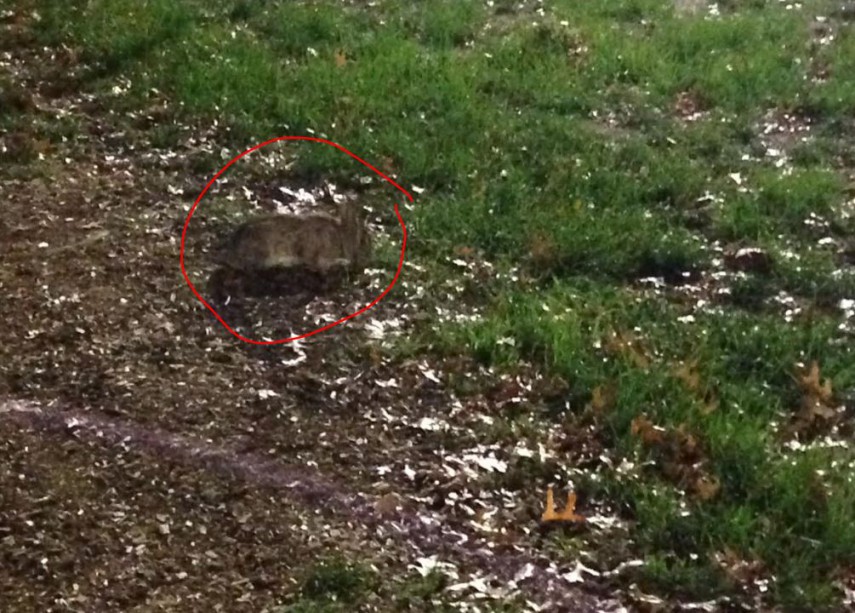 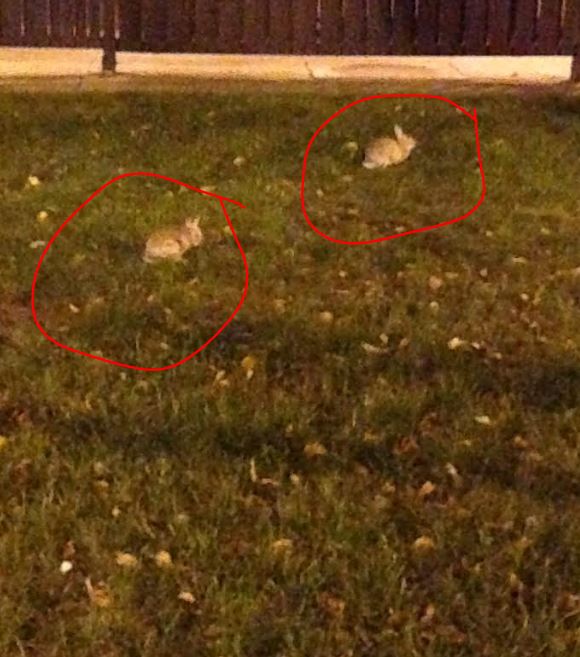 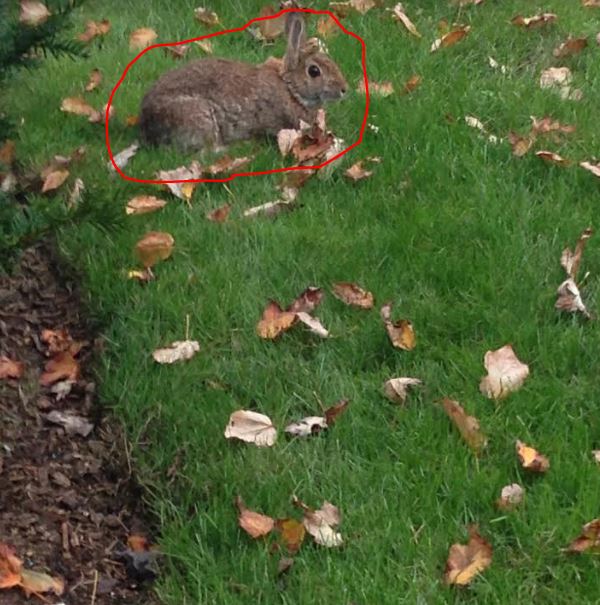