My oldest son graduated from high school this past weekend and we hosted a graduation barbecue in the backyard for 40 people. We set up a big blue and white striped tent, rented round tables, brought out the outdoor fireplace and placed it way back on the lawn with chairs organized around it in a circle. We bought balloons, we bought beer and hard lemonade, we made cold salads, ordered cake and hung decorations. And at the end of a full day on Saturday while surveying the yard in anticipation, I said to my partner, Janyce,

“Come on, we’re driving in to Cambridge tonight to MIT.”
“We are?! Why is that?”
“Because MIT is having a party and I’m ready to celebrate right now.”

And what a party it was!

On my first week on the job, I attended the opening party for the big 150th celebration, which would take place for the next six months and culminate in a final celebration for all of MIT (and all of Cambridge practically) on Killian Court. It was colder than it should have been in June, but that didn’t stop all the fun. In true MIT grandeur and style, the nearly empty lawn at 8pm studded with glowing cocktail tables and large light sticks began to magically fill with people. 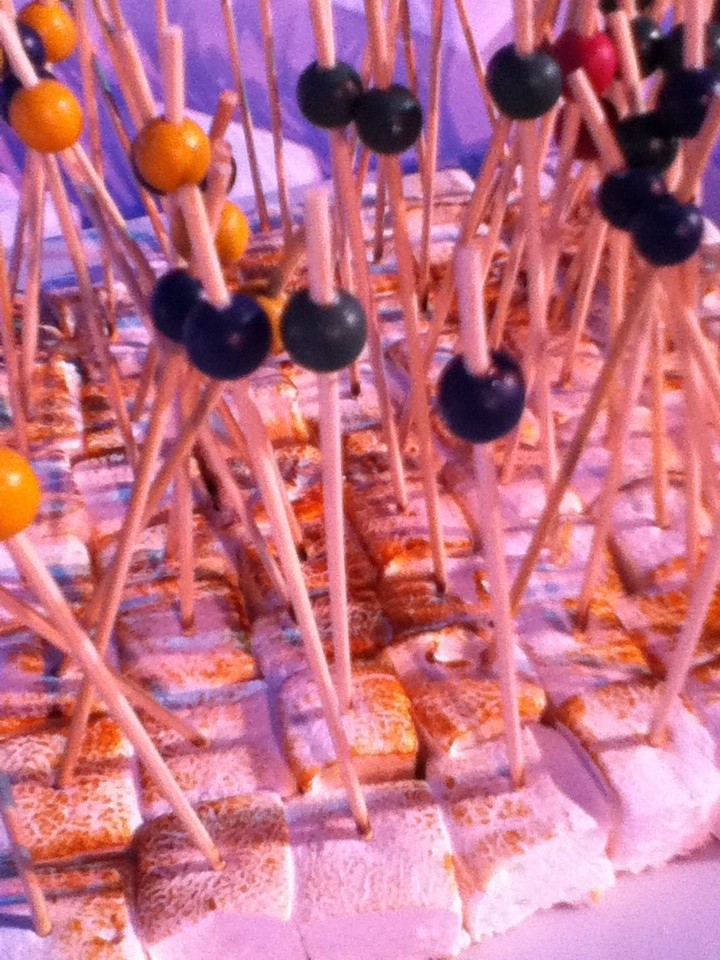 The band began to play, and the black tie waitstaff began to fill the bars and the tables full of treats, while rows and rows of people clamored about trying to take pictures of the half-ton cake replica of MIT’s campus. 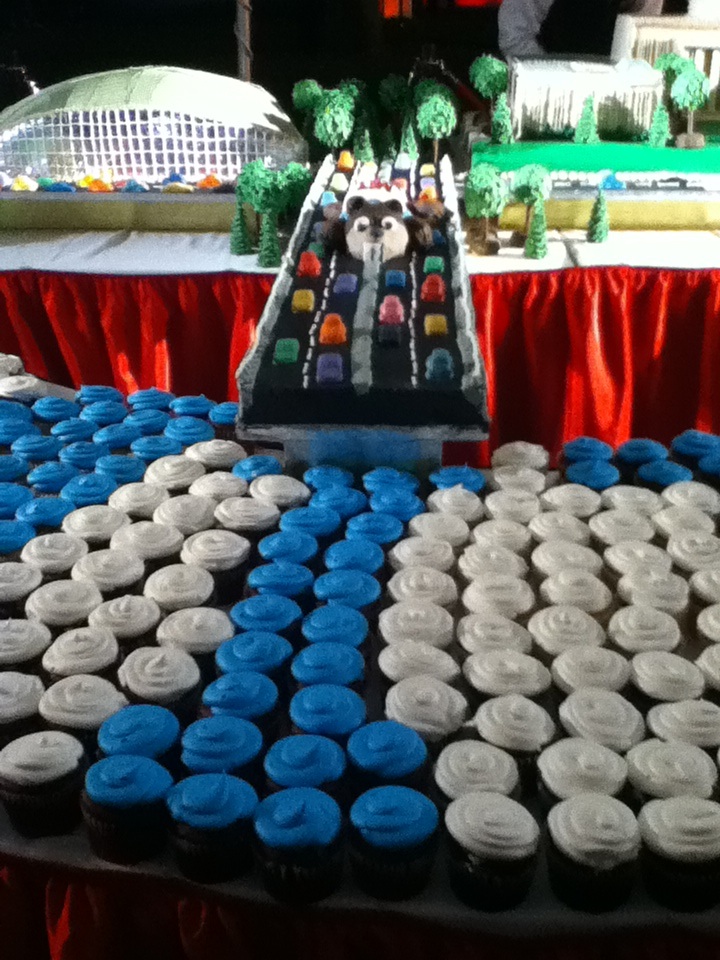 With my glow stick on my head and a cupcake in my hand (I was lucky to know where to stand to grab an early part of the river of cupcakes that surrounded the mammoth cake) I marveled at the Prudential Building across the river all lit up with the words MIT 150. 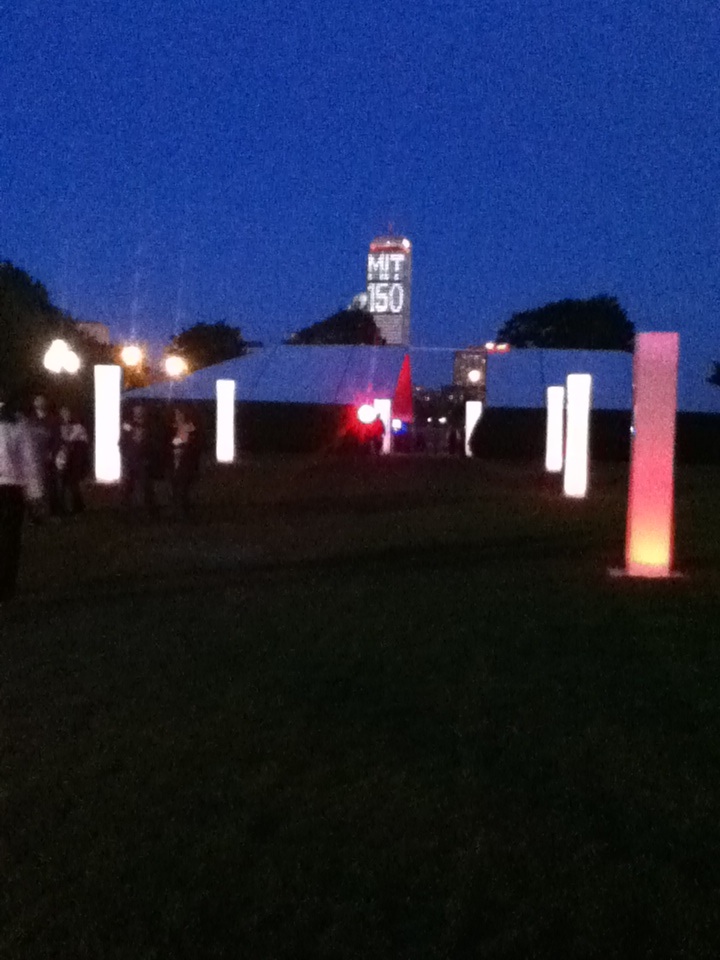 I marveled at the large screen toast to MIT by alumni in space, and then I marveled at an awesome fireworks display over the river (ok, I really only caught some of it as I was running to my car)

Because after a night of celebrating the great new job I have and the seriously “unlike any other” place that is MIT, we still had to get back home to the much smaller party that was waiting for us the next morning to do some more celebrating.

3 responses to “Celebrate the Good Times”

My name is Kris Guay and I’m the Director of Communications in MIT Admissions. I’ve worked for many years in the communications field in the corporate world, in the nonprofit world, and in higher education. I‘ve worn many hats as a writer, a web editor, a web producer, a content developer, an Intera…
Keep Reading