Today is an exciting anniversary — July 20, 1969, was the day Apollo 11 landed on the Moon. And because of MIT’s significant role in the moon landing, folks around here are pretty excited. Start with the short film “Giant Leaps,” produced for the Giant Leaps Symposium:

It’s pretty inspiring to see all those folks from the MIT Instrumentation Lab who built the Apollo Guidance Computer and Buzz Aldrin ScD ’63 himself (!) talking about their experiences.

There has been a lot of coverage of the Giant Leaps celebration, which included a symposium, a Boston pops concert featuring Gustav Holst’s The Planets, and more.

One article about the celebration in the Boston Glove interviewed astronaut and MIT alumna Cady Coleman ’83. 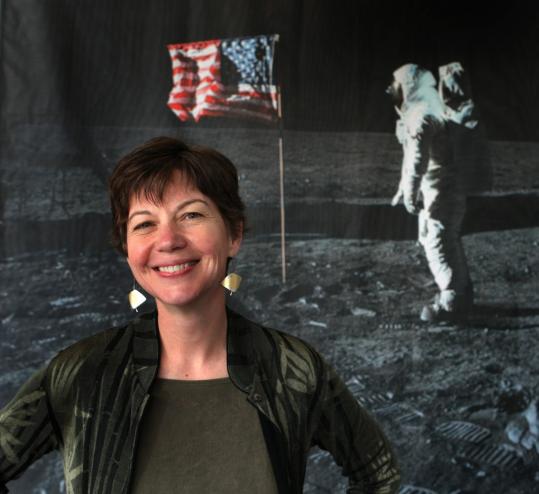 In an article entitled, “Her work is rocket science,” they started the interview with the question that I guess is on a lot of people’s minds:

Q. So how do you pee in space?

A. Up in space we use a vacuum. I always tell kids it’s not something you want to try at home with your vacuum cleaner. Ours is very different, with a special attachment to stick on top of a hose.

Some background on Cady Coleman: She graduated MIT with a bachelor’s degree in Chemistry, lived in my dorm, Baker House, and rowed on the Varsity Crew Team.

MIT has a long history of astronauts:

More than one-third of the nation’s space flights have included MIT-educated astronauts, who have logged a total of more than 15,000 hours in space. NASA has chosen more MIT graduates to become astronauts than graduates of any other private educational institution. Only the US Air Force Academy, the US Naval Academy and the US Naval Postgraduate School have had more graduates selected for the astronaut program. Four of the 12 astronauts who walked on the moon during the Apollo program were MIT alumni. They logged a total of 51 hours exploring the lunar surface from 1969-72.

In fact, when NASA announced the new class of astronauts a few weeks ago, two of the nine were MIT people.

I was particularly excited that one of the new astronauts was Kate Rubins of the Rubins Lab at MIT. Her lab hosts a number of undergraduate UROP research students working on understanding viruses like smallpox. Dr. Rubins is the same age as me, but unlike her, I have never developed the first animal model of human smallpox, done important field studies in the Congo, or been named an astronaut. (Maybe next year.)

Currently, two MIT alumni are in space aboard the International Space Station. Robert Thirsk SM ’78 MBA ’98 has been onboard the station for a while now, and just last week Christopher Cassidy SM ’00 joined him. This isn’t the largest number of MIT grads in space at one time, though — last November, 4 MIT alums were in space at the same time: 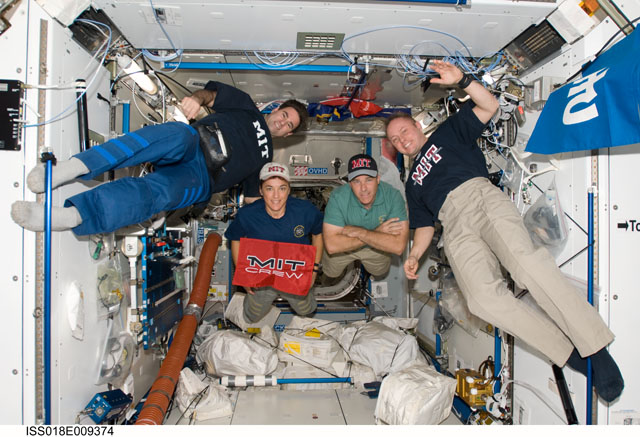 They are 4 of 34 MIT alumni astronauts on the MIT Astronaut Roster.

MIT’s NASA involvement is pretty deep. One of my other favorite recent MIT-NASA stories is that Kwatsi Alibaruho ’95, an MIT graduate in Aero/Astro pictured below, recently became first African-American to lead Mission Control. [Listen to an interview with Kwatsi here]

But perhaps the most fitting MIT tribute to the moon landing is MIT hackers paying tribute. At the end of this past academic term, the Apollo Lunar Module “landed” on the Great Dome: 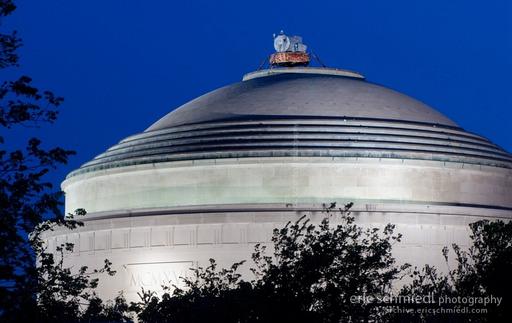 15 responses to “Celebrating the Moon Landing”