Cream Tea with the MIT Club of Great Britain by Cambridge

Meeting MIT alumni in the UK

The MIT Club of Great Britain invited us to cream tea recently. Here comes another confession of cultural ignorance, I did not know what cream tea was when I went to this event. But the president of the club kindly explained to us that while most of us probably thought that cream tea was an event where you drink tea with cream, it’s actually eating scones with cream and jam, and drinking tea, of course.

For those of you who don’t know, there are MIT clubs all over the world and they’re basically for anyone who has any connection with MIT and want to stay in touch with other MIT people in the area. Clubs organize things like picnics, hikes, and trips to fun places. While this sounds like a lot of fun and something that everyone would want to do, I was told at the event that many clubs actually has very poor attendance. Busy beavers… The Great Britain club was pretty much nonexistent for a few years until the current president, Linda Morecroft, started it up again. Except the Hong Kong club, which seems to be doing very well. One of the alum in attendance is from Hong Kong and just happened to be on a business trip to London so he decided to stop by.

Anyway, onto the event itself. I think most of the students went because (1) free food and (2) meeting up with other CME students. The food was very good and I got to talk to some people who I haven’t seen for more than a month. But I also got the chance to talk to some MIT alumni who were very eager to tell us what they’ve done with their MIT degree and also excited to hear about how our year aboard has been going so far. Some pictures: 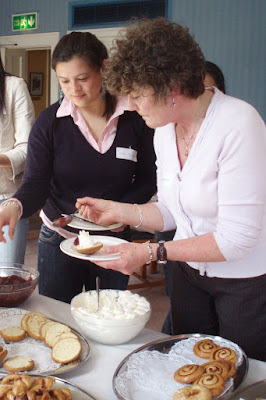 Yes, that white stuff is cream, all cream. 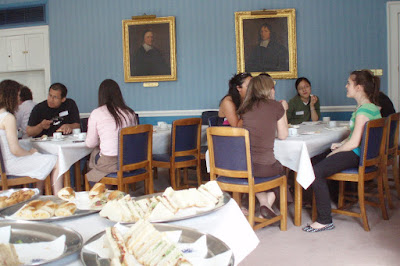 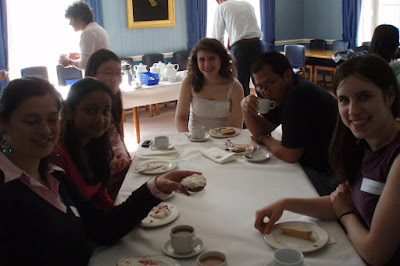 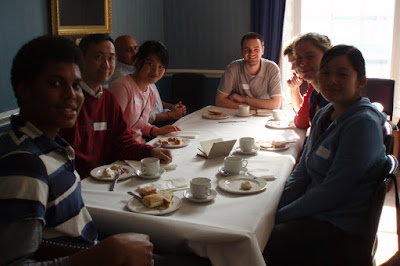 I intended to only stay for an hour and ended up staying for nearly 2 and a half hours. This is probably not a great idea considering that my exams are happening now. But I really enjoyed talking with the alumni. I really appreciate their effort of putting together the event for us. Most of them came in from London, which is about an hour away by train. There are so many little challenges that come with being in a foreign country, like not knowing which way to look when crossing the street. So it was great to talk to people who know about the culture differences. I was also very pleased to find out that I can be part of an MIT community even after I graduate, regardless of how far I am away from the institute.