When I came back to England from Easter vacation, I was greeted by this at the local supermarket: 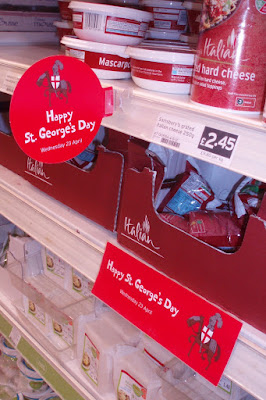 The signs say Happy St. George’s Day, Wednesday 23 April and has a picture of a knight on a horse. I was with another MITer at the time and neither of us knew what St. George’s Day was. I whipped out my camera and we agreed that whatever it was, it would probably make a good blog entry.

Okay, I should probably have published this entry on 23rd April but I’m in the middle of exams. Very stressful. More on that later.

I looked this up in Wikipedia and turns out, St. George’s Day is England’s National Day. St. George usually depicted as a knight sitting on a horse, killing a dragon. Unfortunately, I don’t know any more than that. If anyone has anything to add, feel free to enlighten the rest of us in the comments below. Anyway, I was pretty curious to see what happens during St. George’s Day.

So on Wednesday, 23 April, I armed myself with my camera and was half expecting to see some sort of parade. But the only thing exciting I saw that day was that all the buildings and colleges were flying St. George’s flag. The wind was absent that day so if you can’t tell, the flag is white with a red cross on it. 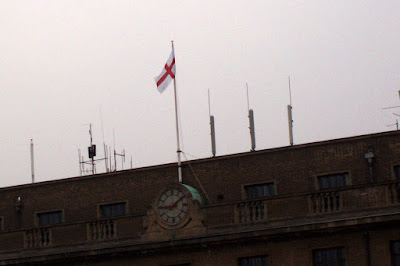 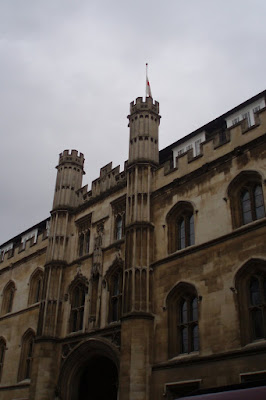 Okay, I’m off to a tea party held by the local MIT Club.