Listen to Burt, duck and cover!

MIT, being at the forefront of a lot of things, is a very neat place to be. It’s also a really dangerous place to be. No, no, don’t freak out, it’s not THAT dangerous. It’s just, well, it has some neat signs. Every once in a while you walk by a door with a sign on it and you wonder “What could possible be in that room?!”

Some are pretty easy to figure out, others aren’t. For instance, 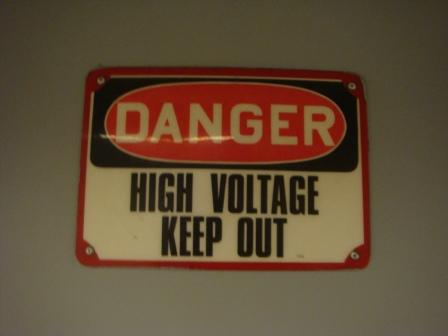 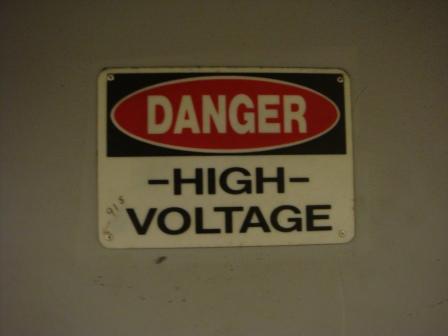 It’s pretty safe to say that there is high voltage on the other sides of those signs, right? That probably means you shouldn’t open those doors. But, in case you’re a little thick, they also have another type of sign for high voltages: 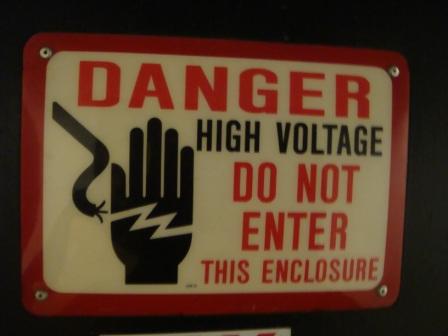 If you open this door you will likely receive a shock to the palm of your hand (which, thanks to a guy named Ohm, means you’ll die). Your best bet is to stay out of this room. 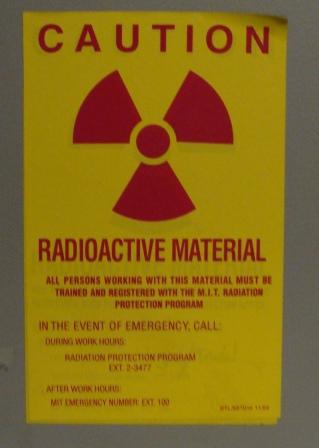 Mmmmmmmmmm, you can practically smell the radiation. I think what really drives it home, however, are the colors of the sign. When yellow and red are on the same sign, together, you can bet that there’s some serious stuff going down behind that sign. 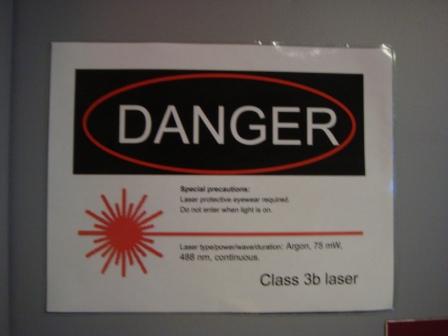 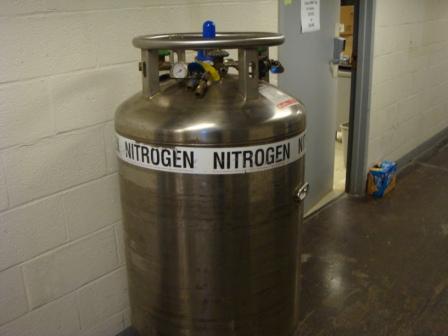 I’m not an expert on Nitrogen, but I’m pretty convinced that that container is storing compressed gas. I’ve always been a little paranoid about compressed air, I always manage to see them as bombs. One wrong move and BOOM, you get pwnd in the face by Nitrogen. Surviving an explosion can often make for a good story, especially if it involves C4 or fertilizer, but you just can’t brag about surviving a blast of air to the face. Nitrogen containers, they’re just not worth it!

Don’t think for a second that MIT doesn’t put safety first. Scattered all around campus are little yellow boxes like this 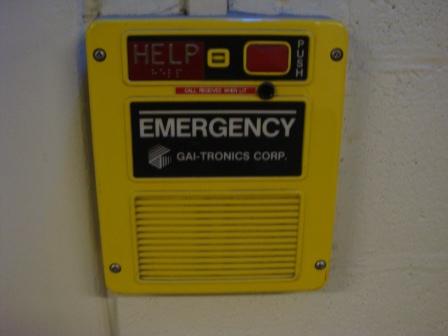 There are our favorite colors again, red and yellow. As useful as that button seems to be, I’m not sure how much it could actually do for me if I just got lasered, radiated, electrocuted, and Nitrogen-ed.

The “Danger” icing on the cake, however, is a little shed sitting outside the infinite corridor. 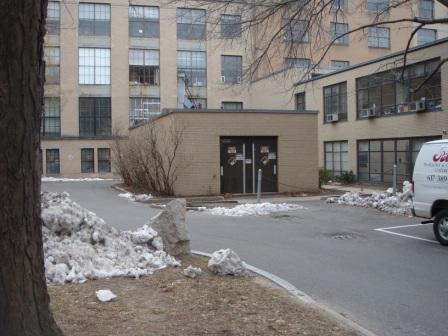 It looks quite innocent, just sitting there in a parking lot, but looks can be deceiving. Have you ever seen this thing before?

A number is present in each color. A zero indicates that there is no hazard in that category. A four indicates the highest possible threat. The white area is home to various other warnings and cautions, including

What’s on the door of this shed? 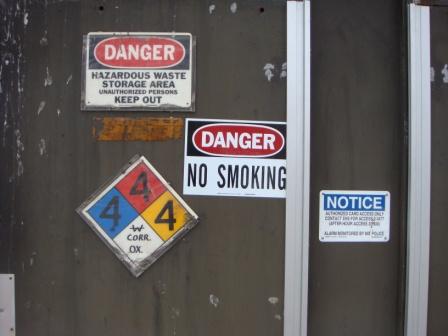 Completely ignoring the “Hazardous Waste Storage Area” sign, you are left with the NFPA 704. Here’s a quick translation of what this one means:

Nobody that I’ve talked to can figure out what might be in there. The closest we’ve got is a Dragon made of sodium with a bucket of nitroglycerin. Any guesses?

My last sign, the most dangerous of all of them, is the one that gets posted in the 38-600 lab as a warning for the cleaning staff. They really shouldn’t go into places they don’t belong, it can be unsafe. 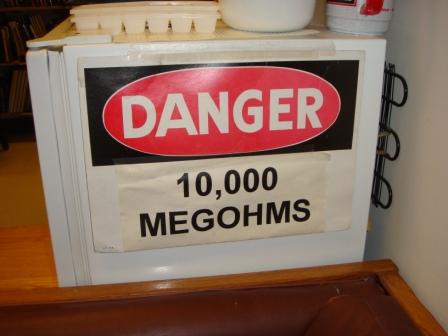 Do you have any idea how many ohms that is?! It’s insane!

My words of advice? If the door has a sign on it that even partially resembles any of the signs I’ve shown you, don’t open it. You may get pwnd. Nobody likes getting pwnd.