"Ring delivery" is more like "ring takeout," actually, since they don't bring a brass rat right to your doorstep

Last weekend was crazy. Crazy good. So good, in fact, that I needed a good week to get my thoughts all organized. (And to realize, whoa, I’m nearly halfway done.)

But let me start with the most important part: I am now the proud owner of a Brass Rat! The ring’s design, which I covered previously, was carefully put together by these guys, the Class of 2014 Ring Committee. I’m pleased to say that they also have some pretty good taste: 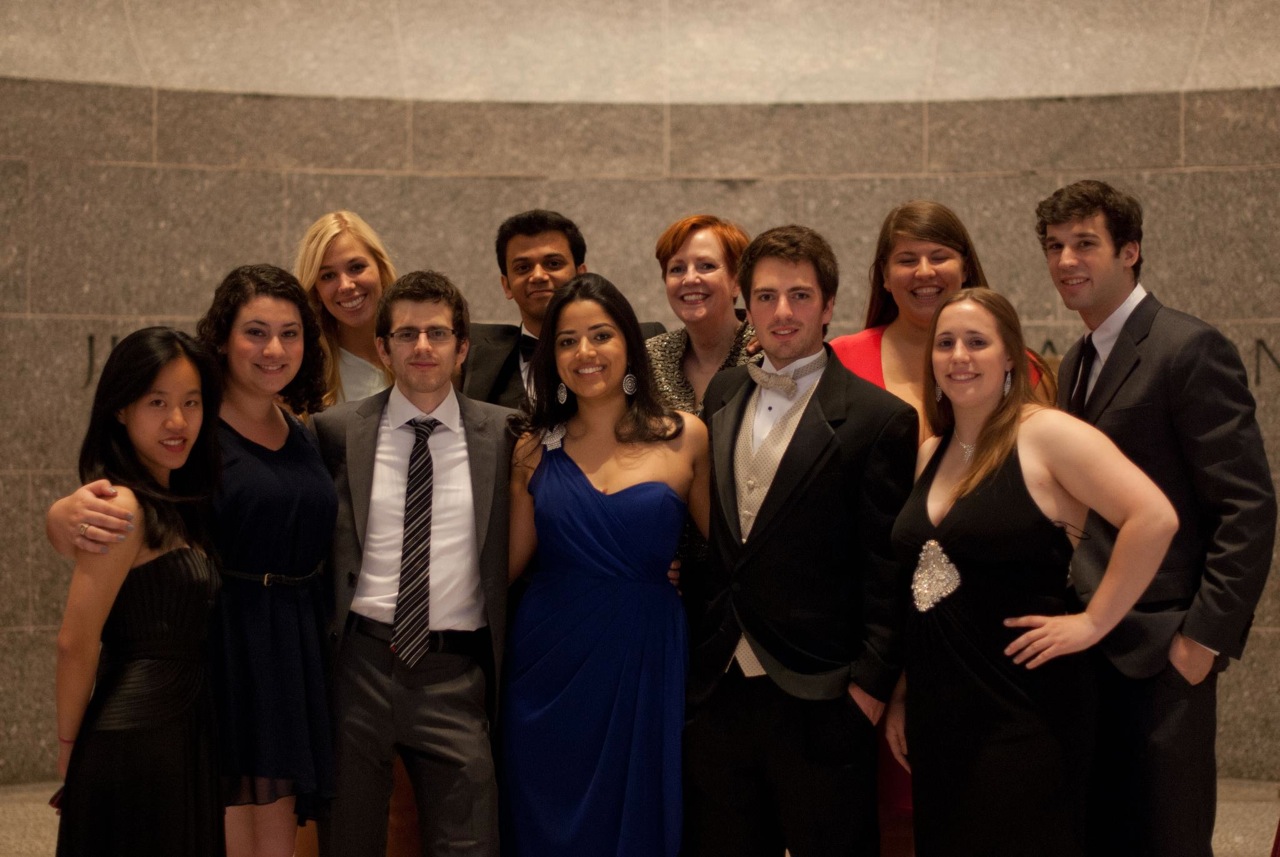 But back to the ring.

More than anything, it’s proof that all this hard work has been paying off tremendously. But I owe my position right now to a lot of people: my past teachers, my professors, my friends from high school and from the Institute, my old coworkers and employers, and my family. All of them believed in me, and told me I can do pretty much anything I set my mind to if I showed the necessary passion, curiosity, and persistence for it. I’d be remiss if I didn’t give them a shoutout on the blogs here – so thanks for everything, guys!

You might also be wondering how the night of the ring delivery unfolded. It went awesome.

We received our rings at the snazzy-looking John Joseph Moakley Courthouse, which looks way more like a place where you’d get fancy rings, or do essentially anything else besides uphold justice and hand out verdicts on felonies and misdemeanors. At least that’s the impression that I get when looking at it at night: 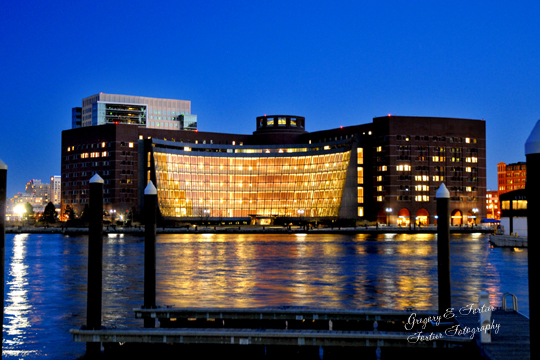 At around 6 or so last Friday, I met a few of the friends, my entourage for the night, in front of the student center. Leave your stereotypes about MIT hygiene and fashion sense at the door, because we looked frickin’ good, if I do say so myself. 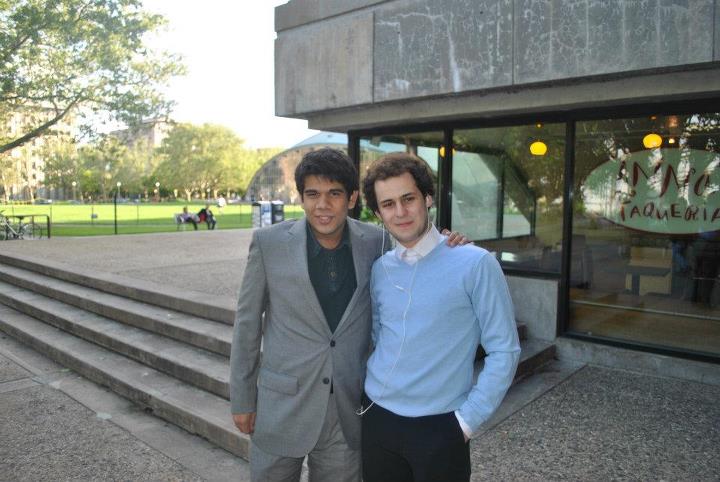 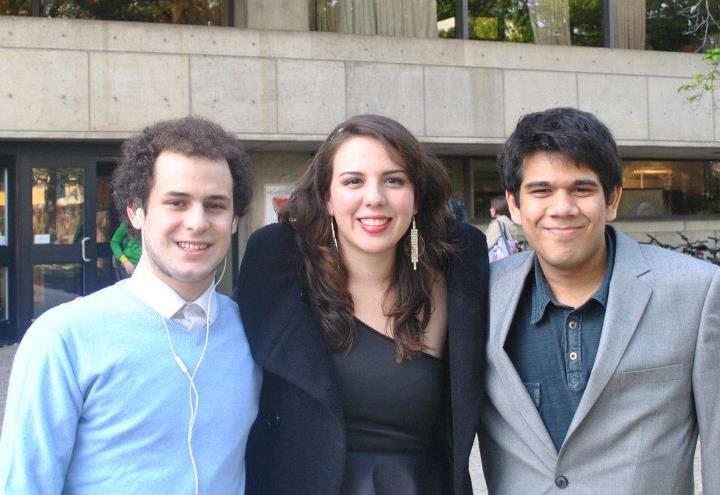 A friend of mine from ring comm also got me a few shots of the decorations they threw together, presumably several hours before the first eager sophomore arrived: 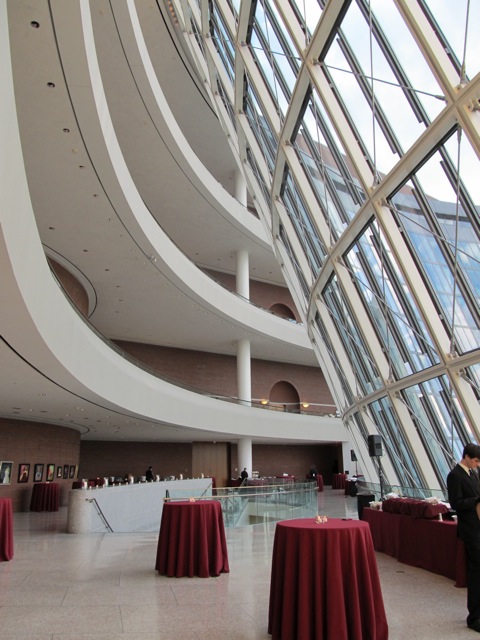 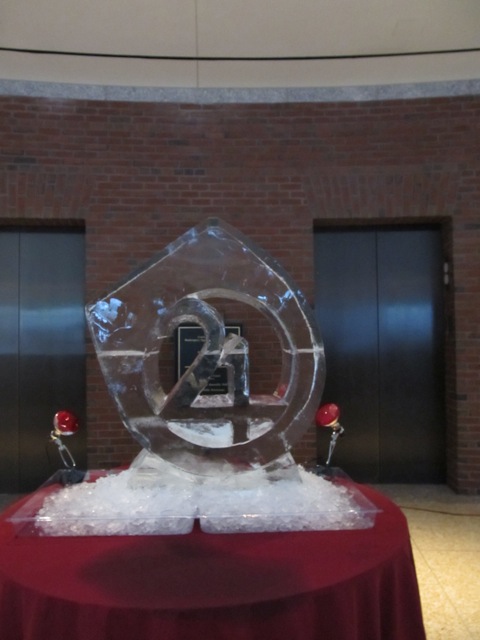 It all looked really nice on the night of the event, particularly once the sun went down and that crystalline sculpture, carved in the shape of our ring comm’s logo, was lit by that red-orange glow… 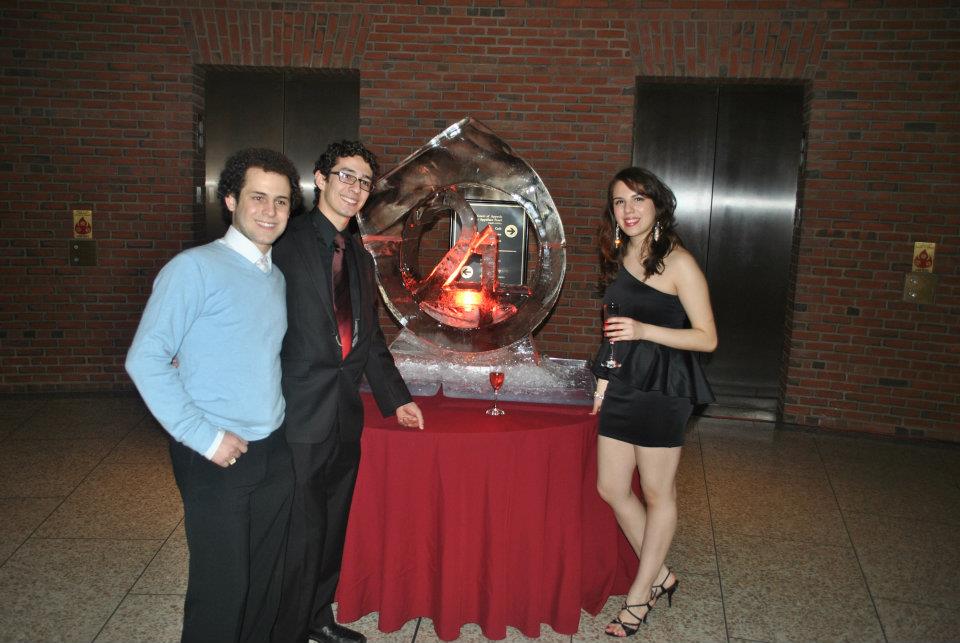 But I was too busy thinking about decking out my ring finger with an awesome ring. On that front, and unsurprisingly, the courthouse had rings in spades. 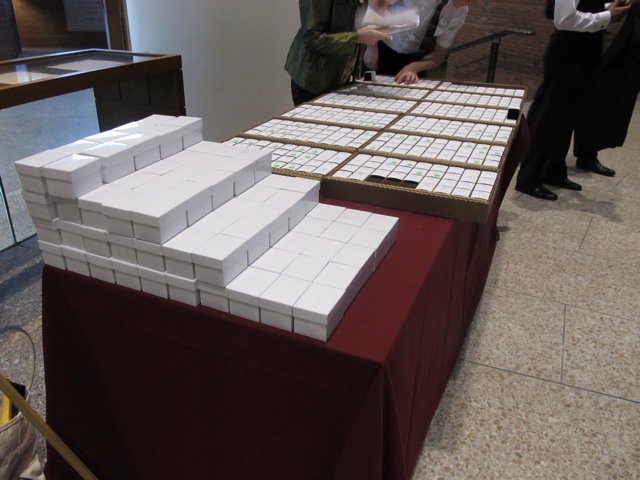 The estimated retail value of all these rings is at least a bajillion dollars. US dollars.

And here’s my Brass Rat. There are many others like it, but this one is mine: 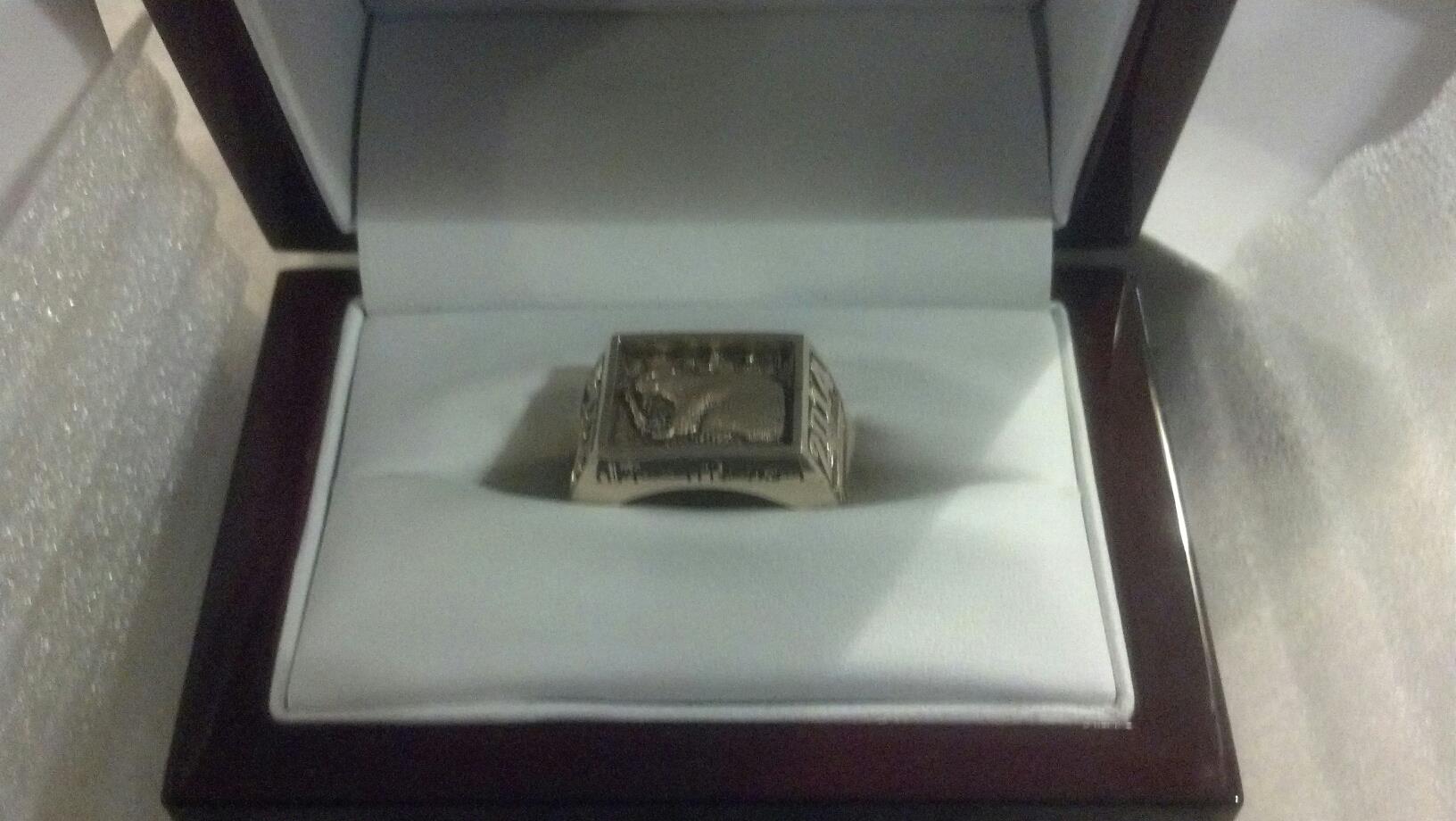 Mine. ALL MINE. Go buy your own.

It weighs a lot on your finger, too! On days when I’m not wearing it, I’ll sometimes feel as if I’m missing something.

What I liked most about ring delivery is the fact that practically none of the sophomores had an excuse to study – not even me. That’s because our ring delivery was on the final day before dead week, or that time of the semester where we all burrow ourselves into libraries and study room forts to prepare for finals. For many people, there weren’t any other due dates to worry about, so I got to see a bunch of my friends. 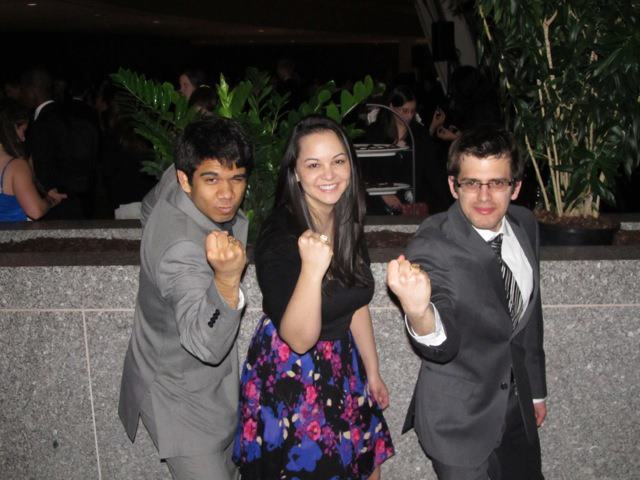 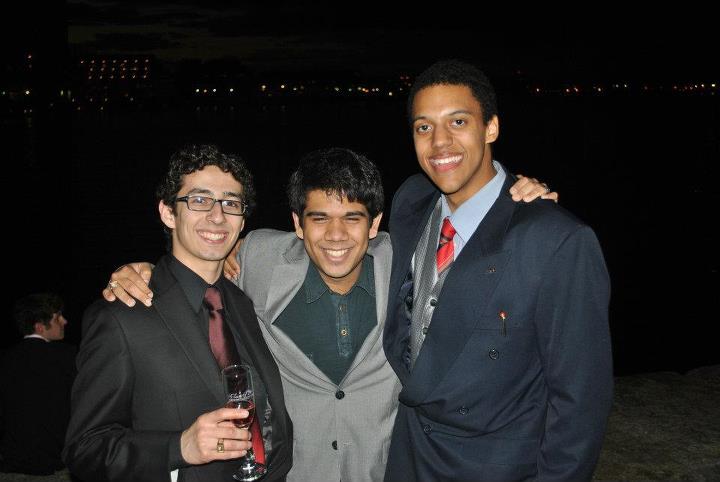 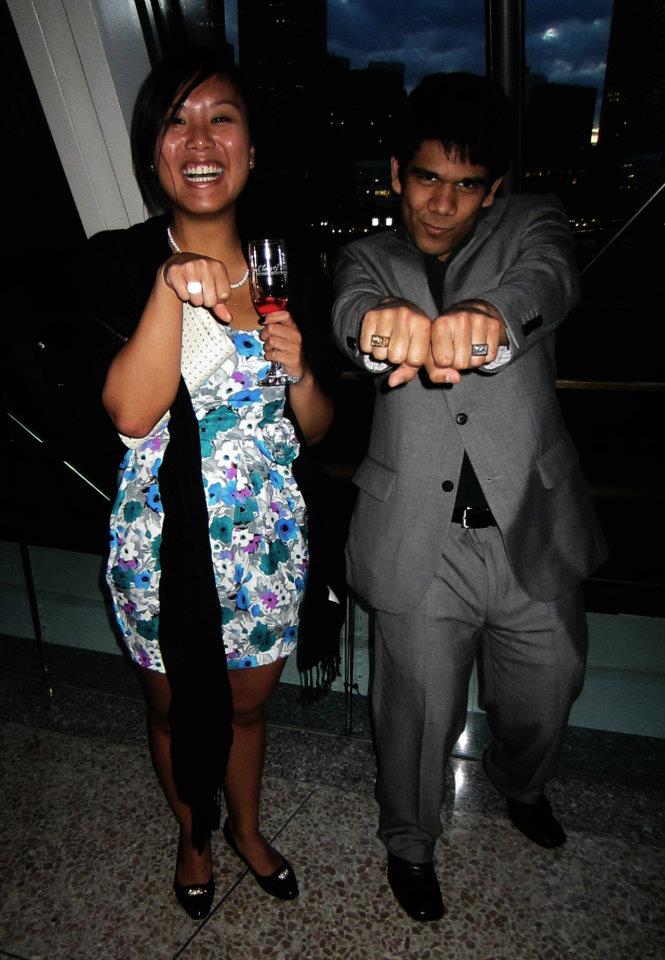 “MIT liked us, so they put a ring on it :D” – My friend.
(I was going to make the same joke at roughly the same time she said it. Could be why we’re friends.)

Even Anna took a break from a hectic life filled with physics and musical theater to grab her ring. Behold our dorky blogger love, immortalized in a photo: 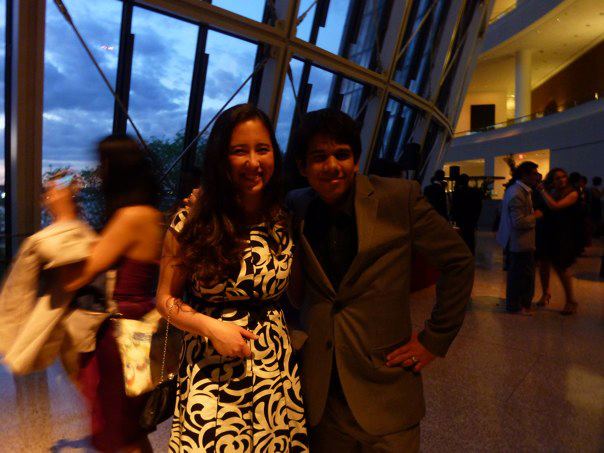 The timing of ring delivery was especially perfect, though, because I also ended up seeing The Avengers that weekend. Do you know how cool it is to hear Tony Stark rattle off one-liners, and kick butt alongside a bunch of other less important people? All while wearing your Brass Rat? If you can’t even imagine an experience that epic, then you’ll have your mind blown if and when you come here. All it takes is two years of slogging through classes, and then you can at least have the ring to show for it.

I’ll let you guys play out the Iron Man fantasies from there.