Distance and Displacement by Abby H. '20

"how are you swamped if it's only been a month?"

Let’s review a concept taught in the lowest levels of classical physics.

You have an object and you move it. The length of the path you move it along is called the distance travelled. The difference between the intitial position of the object and its final position is called the displacement. One of the cool things about reality is that distance travelled and displacement are not always equivalent amounts. Sure, if you slide a book across a table, its displacement is equal to the distance it travels. But what if you throw a ball up into the air and catch it at the same place you released it? The ball travelled twice the length of its maximum height (minus its initial height, the distance from the ground to your hand when you released it), but its displacement is zero. Or, if we go back to the book example, what if I were to pick up that book and throw it against a wall, kick it into the ceiling, and fling it across the room several times before gently returning it to its original position on the table? Once again, that book travelled quite the distance, but its overall displacement? Zero.

Lately I’ve felt a lot like that latter book.

The walk from my dorm to anywhere with food or classes is generally about 15-20 minutes. Every day, at least one hour out of the many that I am awake is spent going back and forth from the building in which I sleep at night. And I don’t get much out of it. One hour spent and very little to show for it– I always end up back where I started. (Maybe bike/skateboard/penny board/scooter/Heelys people can’t relate.) Zero displacement, measurable distance travelled.

I’ve done a few psets so far. It always seems like there’s at least one problem, usually in a little low-stakes class called 8.01 (Joonho and others should catch the sarcasm here), where I spend an embarrassing amount of time manipulating equations and substituting variables to find with a useless result. The shudder of despair that comes from realizing that yes, in fact, t does equal t, but that is not answering the question, is a feeling that I know all too well. Investing my precious t into these problems only to find a nonresult is heartbreaking, to put it mildly. I’ve worked around equations in loops that bring me back to where I started. Zero displacement.

Picture a member of the class of 2020 walking around campus on a typical Saturday afternoon. Maybe she’s named something like “Abby H.” and she’s inclined to underestimate the variability in heights of steps and curbs. She trips while walking up some stairs and takes what may be a world record for the longest five-foot fall in human history, landing on her left palm and her cell phone, which heroically protects her right palm from the cruel concrete. On Sunday, she goes to get her phone screen fixed, leaving a trail of tiny glass shards behind her. Monday morning, she wakes up at 9:51 A.M., a situation you might try to avoid if you have a CC.5111* pset due at 10 A.M. During her brisk walk to the opposite side of campus, her right hand ejects the newly-repaired phone. Now the screen once more resembles reticulate venation in an oak leaf. She’s back where she started and took a long route to get there– but still, zero displacement. 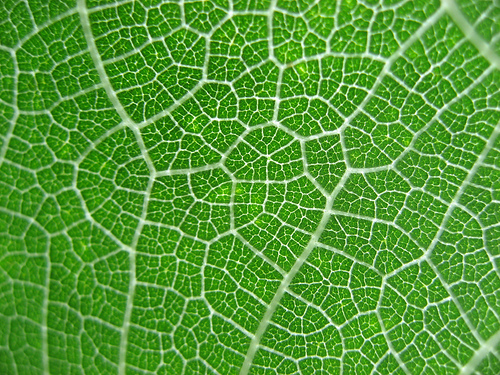 And you know what I see when I look around? A whole lot of displaced books.

Okay, not literally. I reference the first book example I used. I see classmates, peers, and strangers who look like they’ve figured it out. They aren’t struggling with classes as much as I am, they’re already building their résumés up to levels impressive even by this school’s standards, and they’ve got happy social lives full of friends and mentors and plenty of time to eat three meals a day. From my perspective, they’ve made it from point A to point B.

My perspective is limited, however. I, like many people, tend to see the before and after but not the in-between. It is, after all, easiest to picture the path from A to B as a straight line. But straight lines rarely exist in nature (see above leaf). There’s no way I could possibly know what all a person does to achieve his or her level of success, and odds are the people who claim that MIT is a short-sleeved magician are either bluffing or just haven’t hit that critical point yet where they start realizing things (which is what 2016 is all about). The beauty of this place is that we’re all struggling together, and eventually (maybe?) we’ll each find a trajectory that works out. We might not even end up at the points B we had in mind starting out, but we will find some point C that we can reach.

In the meantime, I’m trying to enjoy those aspects of my time here that don’t make me question if a college education is really worth it (like this class that rhymes with “hate no fun”). This past fortnight (aren’t words neat?) I’ve stayed up late enough to watch the sun rise, walked over the Harvard Bridge at least eight times, eaten four chocolate croissants, become a late-night biweekly radio DJ, donated blood, taken the T to Harvard solely to get fries from Tasty Burger, discovered that my short arms and lack of coordination are not conducive to my Q1 PE class (sabre fencing :-)), gotten rained on at FredFest, celebrated the first chilly night with an ice cream run with other members of F-entry in which it was finally cold enough for the ice cream not to have melted by the time we got back to MacGregor, and captured on a non-cracked iPhone camera what was perhaps the prettiest Boston sunset yet. 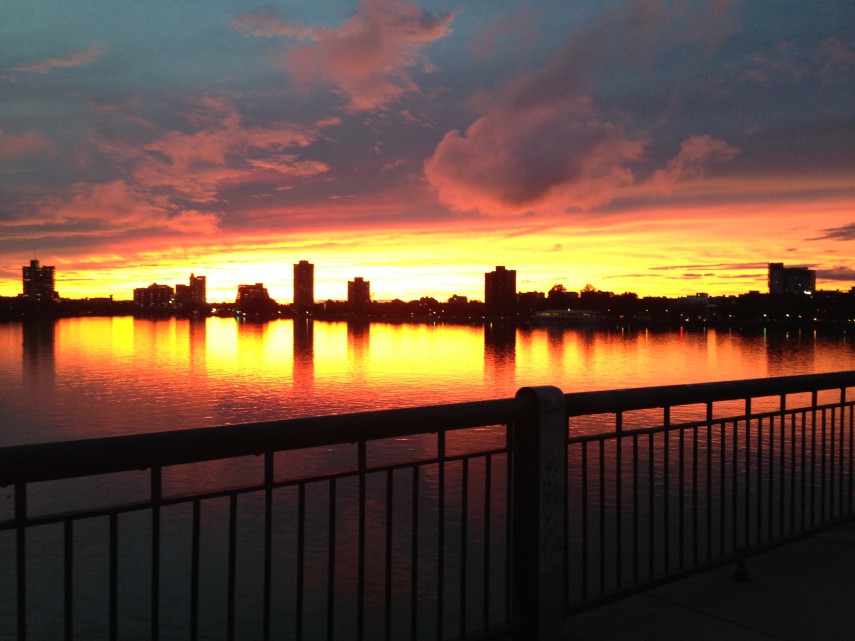 Putting things into perspective, month #1 hasn’t been half bad. I’ll get back to you after my two exams this week. (Wish me luck.)

*CC.5111 is the Concourse version of Intro to Chemistry/5.111. Concourse is a really cool freshman learning community that offers small class format versions of GIRs, among other humanities courses. #adMITted 2021s should really check it out next summer when advising applications come out.