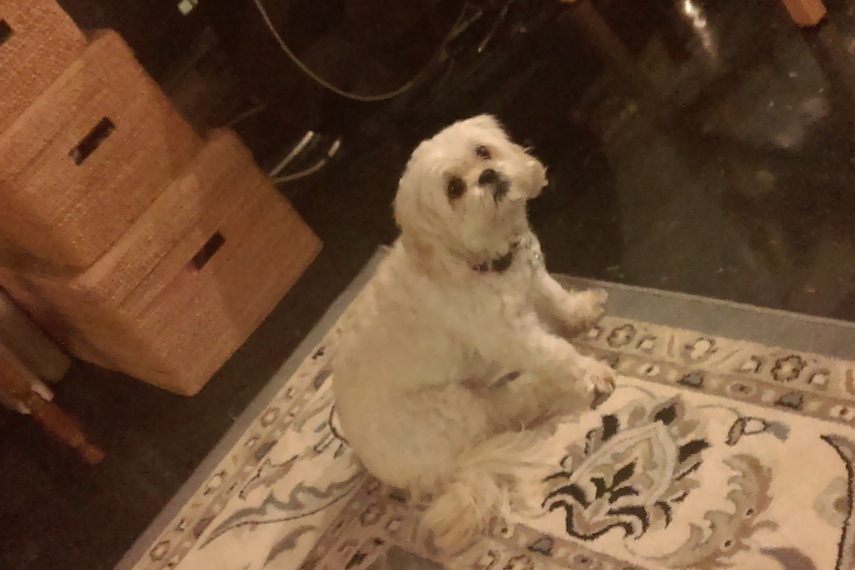 Butterstick weighs 10 pounds. She was named for Tai Shan, the giant panda born at the National Zoo in 2005, whom a zookeeper described as being the size of a stick of butter.

Like a number of residents, mostly frosh, she’s a new arrival at Simmons. Unlike those residents, she’s not here to take classes or do any research. Primarily because she’s a cockapoo.

That’s not to say Butterstick doesn’t stay busy. She:

Butterstick’s human, Shannon, is a Residential Scholar. Residential Scholars are faculty or professionals with visiting appointments who live in dorms alongside undergrads or grad students. (Maseeh, Ashdown, and iHouse also have Residential Scholars.) When Shannon came to stay at Simmons, she brought Butterstick – who is hypoallergenic – along, delighting a contingent of residents who’d spent the past year campaigning for a dog, and making Simmons the second third undergrad dorm, alongside Maseeh and Burton Conner, to have one on the premises.

In honor of Butterstick’s 8th birthday, Shannon threw her a party and invited the neighbors. There were many, many decorate-your-own cupcakes, and some delicious pieces of vegan chocolate cake, to be had. 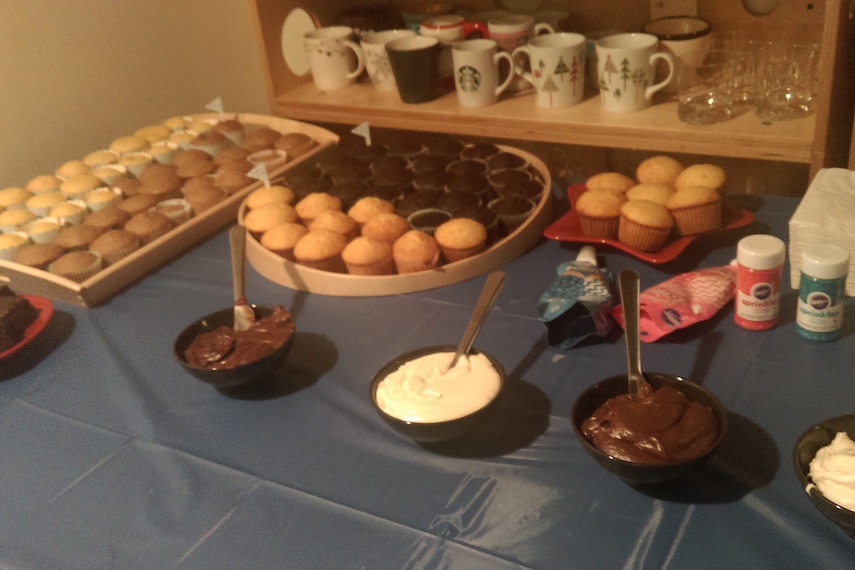 The birthday girl lapped up the attention, begged for pastries, and generally took advantage of the festive atmosphere. The students who attended spent the time in conversation with each other or chasing after Butterstick, who kept trying to instigate fetch or tug-of-war. Everyone enjoyed a relaxing and delicious study break.

Nadia M. ’17 even taught Butterstick to spin by enticing her with a piece of lemon cupcake. Who says old dogs can’t learn new tricks?