Maybe if I just get far enough away, my finals will cease to exist!

It’s finals week. On Monday I have two exams back-to-back, followed by a third on Thursday. I would say that I’ll blog about the result, but I’ll be too busy celebrating and reveling in the streets, regardless of the outcome. Pass/No Record was a wonderful thing, but like them all, it came to an abrupt end, and I’ve been left staring dejected at my Physics gradebook while obsessively refreshing the page, hoping my grades will magically inflate if I think about them hard enough.

They haven’t yet, but I’ll keep trying.

Thursday morning I spontaneously decided to take a break from the sit-all-day-locked-in-my-room studying technique and try a new, adventurous wander-around-Boston-while-studying method. I firmly believe that Boston is severely under-explored by most MIT students – we’re literally across the river from the biggest college city in the US, but I’ve hardly ventured over the bridge this year. I resolved to remedy this, by leading a nomadic study caravan around the city, starting with an 7am breakfast in the Prudential center. 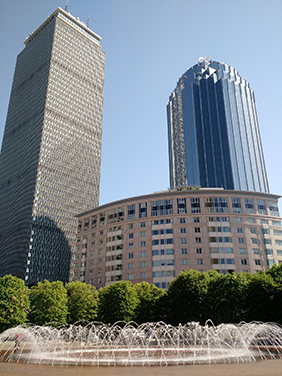 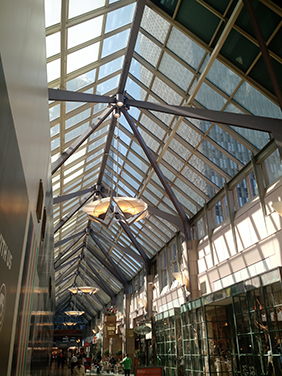 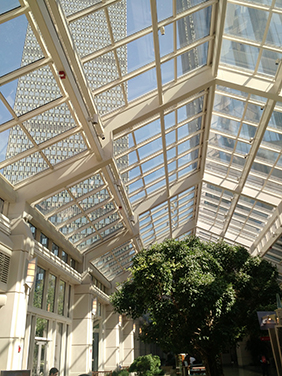 The Prudential Tower, directly across  is the second-tallest skyscraper in Boston, and the surrounding buildings are collectively known as the Prudential Center. I picked up a breakfast burrito at Qdoba and camped out in a little park just outside of an intimidatingly professional LLP office. 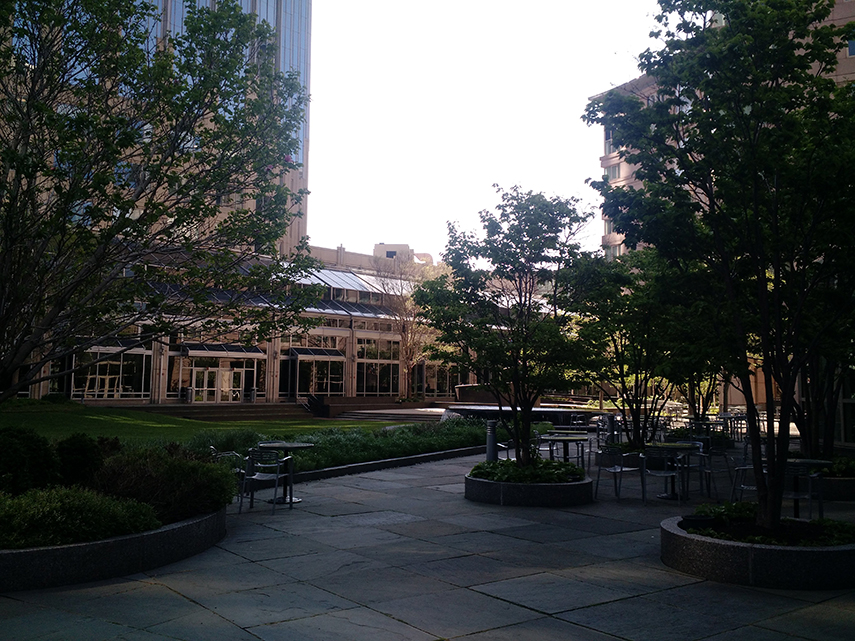 Sometimes I wonder if I’ve ever been the first person to do <obscure thing> in <arbitrary place or setting>. Has anyone else ever studied linear transformations in this courtyard? 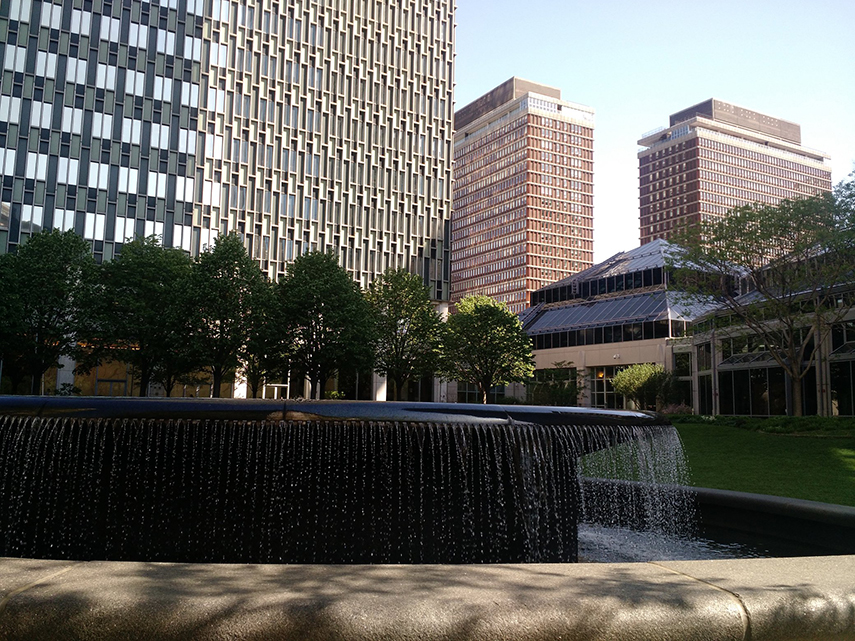 Probably. But has anyone studied linear transformations on top of this weird spiral? 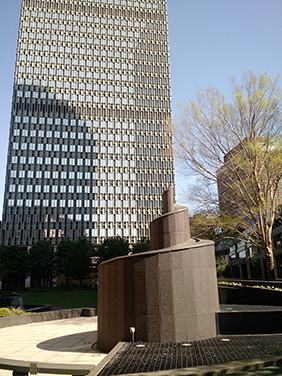 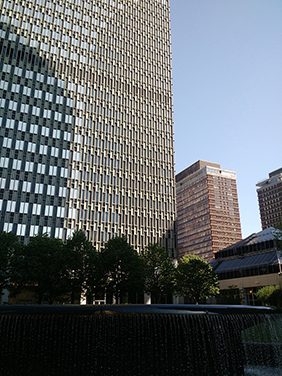 Much less likely. With enough creativity, anyone can set a world record!

But I wasn’t here just to relax, so I put my nose to the colloquial grindstone and burned through every chapter review in the entire Linear Algebra textbook. But after exhausting my attention span, I packed up and started walking to the Church of Christian Science, which happens to be of the most beautiful buildings in Boston. 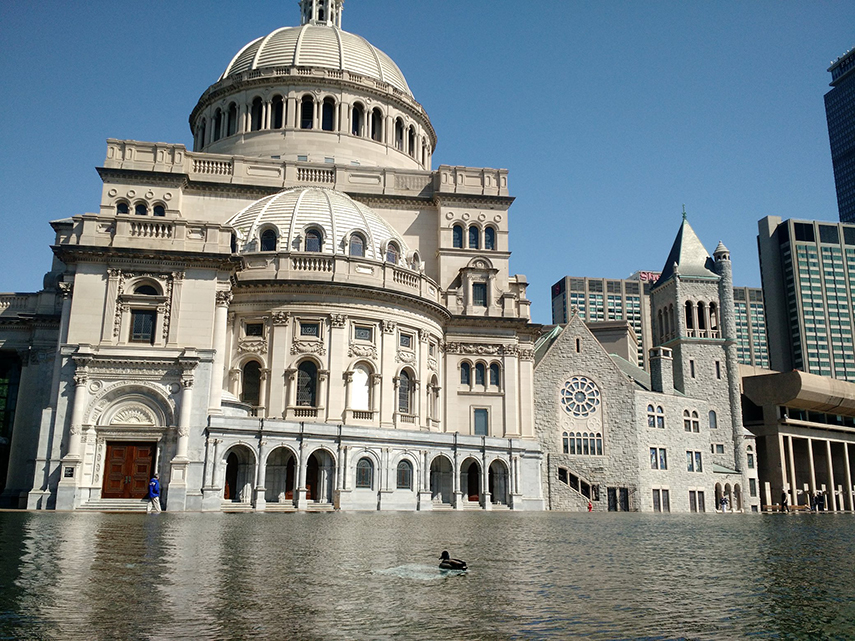 It’s also home to a football field-sized reflecting pool, which is low enough to the ground to appear to extend forever – people on the other side seem like they’re casually walking on water. 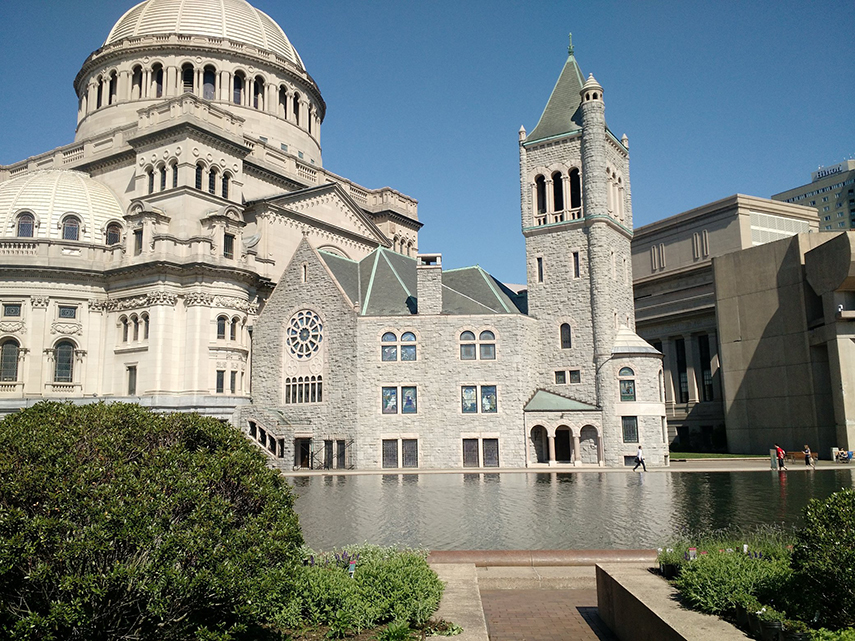 I squatted in the shade and tried to finish a final project report due that afternoon, but the weather was a little too nice, and I quickly got distracted and just took a lot of pictures instead. 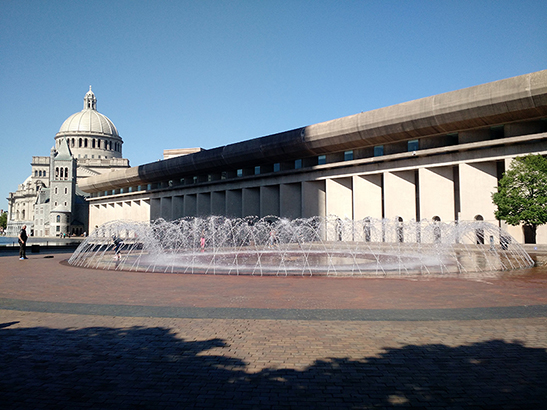 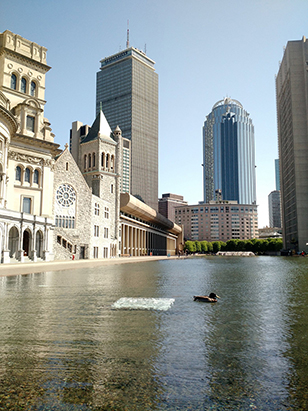 By early afternoon I started migrating back to campus, stopping by a bookstore-cafe and a riverside playground to squeeze in concentrated spurts of productivity between casual sightseeing strolls. This is actually a much more efficient means of studying than it seems, since it’s rare that I can focus tunnel-vision style on a topic for more than ten or fifteen minutes without starting to wander or drift. When that starts to happen, instead of counting ceiling tiles or queueing up Spotify, I just pack up and start walking, digesting what I just read and letting it process in the background while my conscious brain gets to refresh until it’s ready for another round of equations. It’s also a perfect way to see a city and/or get hopelessly lost.

Navigational difficulties aside, I eventually made it back to Burton-Conner just in time to realize I forgot to sleep the previous night (you don’t think I was just randomly awake at 7am to start this adventure, did you?). It caught up with me pretty quickly, so I crashed for the rest of the afternoon, feeling full, fulfilled, and surprisingly optimistic. 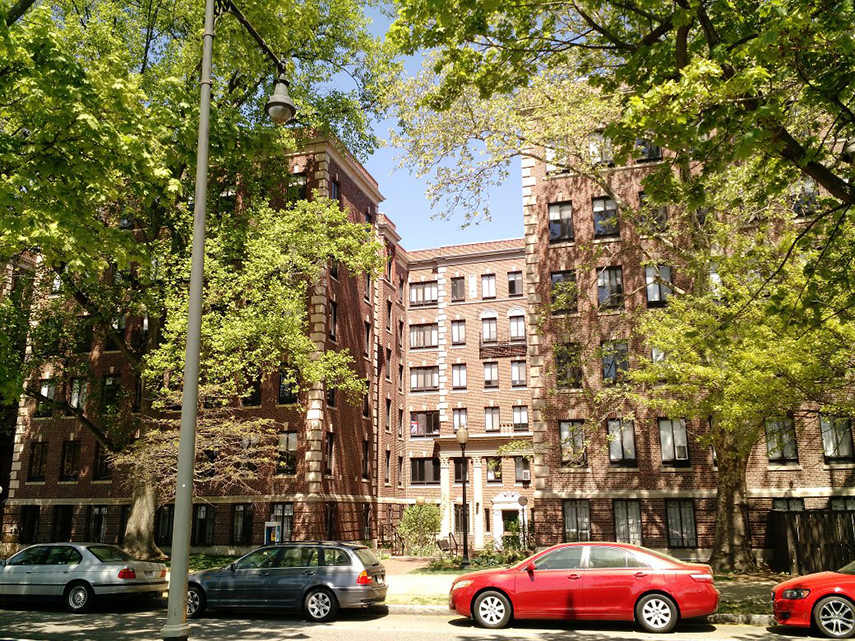 The next day I ventured out to Oak Grove at the end of the Orange Line to go hiking with Kiele ’15, Matt ’16, Sam ’16, and Sam ’18 (which is the source of endless confusion). While my excursion on Thursday was primarily focused on getting work done, this was purely a recreational venture. We walked for an a couple hours to a secluded reservoir. 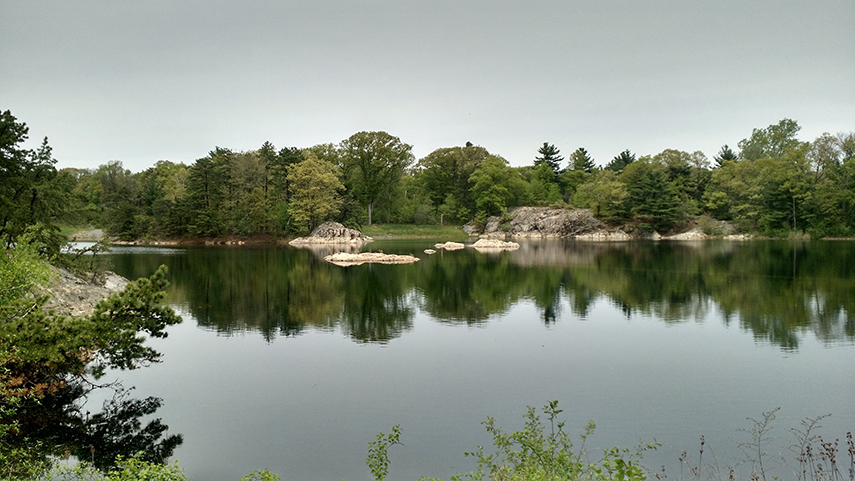 It baffles me that people suffocate for years inside the MIT Bubble and not realize that places like this are just a half-hour T ride away.

The world is a big place; it’d be a shame if I didn’t explore as much of it as I can.