if only they were more helpful to the world at large

For those of you who have been following my blog posts this semester, you might remember that this was supposed to be the semester where I really came into my own as a MIT student. And I did, I think. I enjoyed the vast majority of my classes, and created some pretty cool things, even though everything was online and the motivation loss was real.

In light of recent events, though, these cool projects seem kind of…useless. I look at them and wonder if I could have done something within the constraints of the class that would have been helpful to the world in times like these.

But this retroactive brainstorming is a fruitless exercise, and I’m still proud of the projects, so I wanted to share them. Read to the end for more reflections along this train of thought, though.

Interval – This was Joon and I’s final project for 6.809 (Interactive Music Systems). This was the best class that I’ve taken at MIT and the one that I enjoyed the most. Interval was Joon’s brainchild and it turned out really awesome – it’s basically like Google Drive, but for you to make music together with your friends! You can watch the demo video linked in the presentation. 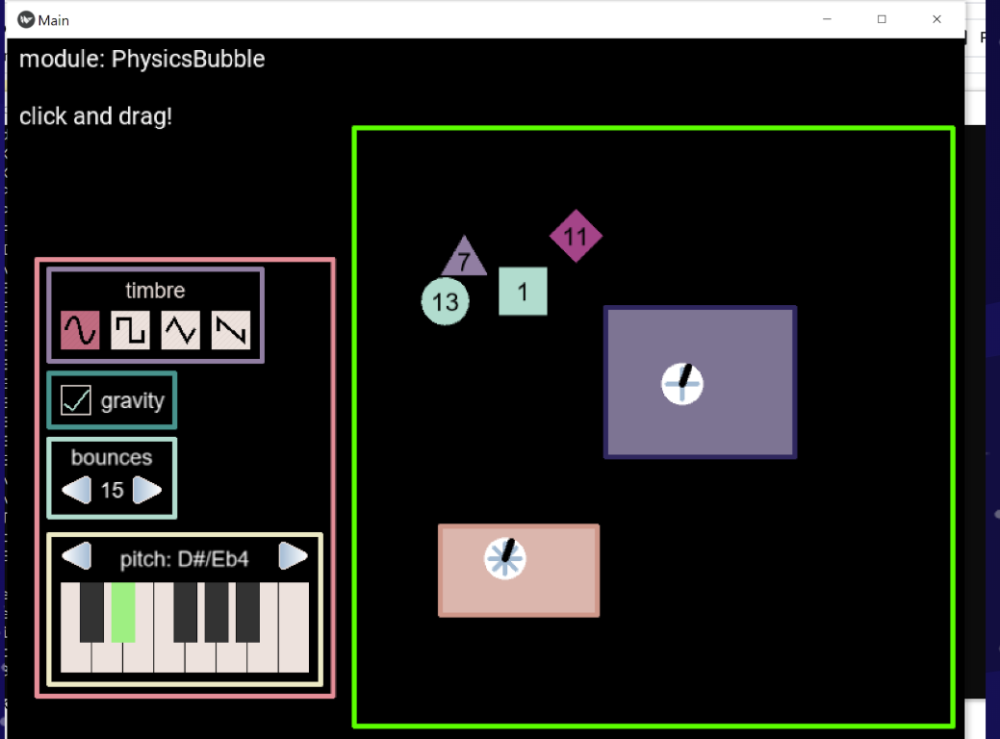 look how *aesthetic* it is

We were both pretty happy with how this came out! Joon was really in the driver’s seat for the whole project and I was in the passenger seat trying my best to keep up with how OP Joon is at coding, but it’s cool to have complete agency over a project, from its conception to the final creation. My favorite part about this project was creating a *moodboard* to determine the color scheme, which is a type of creativity that I enjoy expressing but rarely get to in highly technical classes. 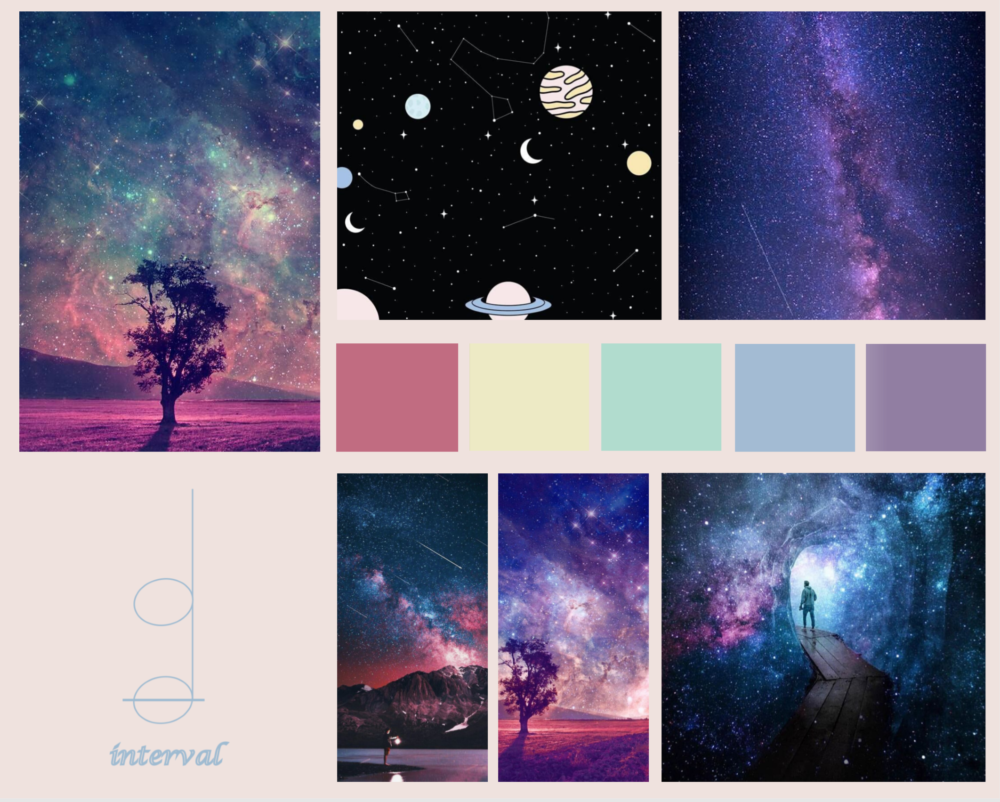 we described our mood for this project as “galaxy pastel”

If you want to try this project out, you can…do your best and see if you can access this MIT Github repo and also you’ll need to download this very specific framework called Kivy. Joon’s working on putting it on the Internet so that people can actually use it for real – stay tuned.

AirGuitar – This was our⁠01 hi nada final project for 6.835 (Intelligent Multimodal User Interfaces), and it definitely seemed like a better idea in my head. It basically is a Unity program that allows you to ‘play’ a guitar using a LeapMotion, which is a sensor that can detect the motion of your hand. There’s a very comprehensive Github and you can check out the demo video, which will probably tell you more about the project than this explanation did…

This project made me realize that I’m actually not half bad at Unity – slaving over my UROP Unity project for over a year has made me pretty solid at it. I kept saying this to my partner through the whole project, but I couldn’t believe that getting a VR hand to appear in Unity was easier than making a 2D character jump up and down in a game…

Connoisseur – I don’t have a demo video of this one, but basically the final project for Engineering Innovation & Design (6.912…I think) was to make an Alexa voice skill, so my team and I made a wine and cheese recommender program…lol. Definitely the least impressive out of all the projects on this list. It was sort of annoying that we didn’t get to apply the cool design principles we learned in the class to a more interesting project…making an Alexa voice skill is, in short, not it.

CarePod – This series of projects was for CMS.362 (Civic Media Design Studio), taught by Marisa Jahn, who is super cool and unlike any professor I’ve ever had. This class was all about designing specifically for co-living and was pretty unlike any class I’ve taken here – I really had to think deeply about the process of designing to an audience. I worked on a team focused on designing co-living spaces for caretakers and their elderly patients, and got the chance to interview people, and write stories from the perspectives of objects that these people might use in their daily lives. This might sound weird (and I thought it was too at first), but it was a really interesting exercise into getting perspective on somebody’s daily routine. Our work is supposed to be presented at the Venice Biennale, which is a huge international architecture exhibition – exciting!

Dancing with AI – I worked on this project for 6.S898 (Democratizing AI through K-12 AI Education for All, my PI’s class) with other members of the lab that I UROP in! We developed a dope curriculum to teach middle schoolers about principles of artificial intelligence through movement based activities. We’re actually piloting it virtually this summer with real kids, which is super exciting! We have a half populated website here, but it should be filled by the end of the summer with all of our curriculum…and maybe an About Us page, which is currently totally empty. :P 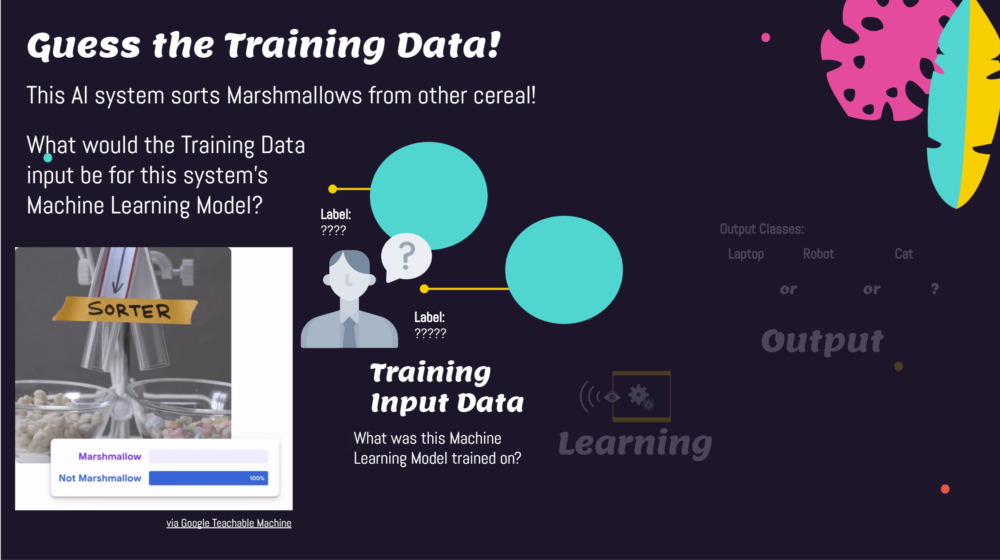 we have some dope slides too

I’m glad that I got to make so many cool things and take ownership of my own projects. I think that these are truly the types of classes that speak to me and my work style, and I’m glad that I was able to find that out, even if I don’t have letter grades to show for it. I hope that the actual work I did on these projects will speak louder to anybody evaluating me than the letter I would have received for it.

Something I’ve been thinking about in light of all the recent events surrounding racism and police brutality is how I can use the skills I’ve gained at MIT to exercise computational action. When designing curriculum for the aforementioned class and for my UROP, we talk a lot about framing the computer science skills that kids are learning such that they can use their knowledge to create things that positively affect their communities, and this framing is called computational action.

All the projects I’ve mentioned above are cool, but none of them really better the world or my community in any tangible way.⁠02 except the curriculum which teaches AI principles to kids, arguably And honestly, that’s sad. I wish that I had more ideas on how I could use my skills to better the world, because the world needs bettering.

The time to exercise computational action is now. I hope that readers of this post will join me in brainstorming ways that we can use our unique skills – gained from MIT or elsewhere – to actively contribute to our communities.