At MIT, one inevitably collects a lot of shirts. Like…a lot. There are shirts from random events, from REX/Rush, athletics, internships, and of course, Career Fair. These shirts pile up in your wardrobe slowly over the course of 3 years, and you pretty much have no other wardrobe.

But then, graduation comes around. You realize that it might be sort of weird to just keep wearing some of these shirts around in your post-college life. You also realize that a lot of the shirts you’ve been hoarding carry a lot of good memories with them, and that it might be nice to do something with them instead of just letting them collect dust at the bottom of your drawers forever.

People always joke out of making quilts or blankets out of old MIT shirts, but the idea first occurred to me as something that I could actually do when I saw a post my boyfriend’s sister had made about a memory quilt that she had custom made on Etsy out of her sorority shirts. This was sometime in September, and I had already finished arranging my shirts in my closet at school, and didn’t feel like tearing through them to see which ones I still had, so I shelved the idea until I started slowly packing up my room again in November.

At this point, I could lay out all the shirts that I had accumulated over my years at MIT, and I realized that…I had a LOT. Which was really no surprise, because my entire wardrobe for the past few years has been solely comprised of MIT shirts. So I decided that ordering a queen sized memory quilt would be a perfect way to clean out my wardrobe, as well as actually memorialize a lot of the good memories that I’ve accumulated along with the shirts.

I started by sorting shirts into ones that I actually wanted to keep because I could still wear them places, shirts that have really good memories associated with them, shirts that I have vaguely positive associations with, and shirts that I literally don’t care about in the slightest. I kept the ones in the first category, donated the ones in the last category to housewear circulation at my family home, and partitioned out the middle categories into shirts that I would actually send off to be made into a quilt. This came out to twenty eight shirts, and I still kept around a dozen. Seriously. So MANY shirts…

With some amount of trepidation for the sheer amount of my wardrobe I was sending off into USPS’s hands, I shipped off the box of shirts to the seller my boyfriend’s sister had used (who I highly recommend if you also want to get a memory quilt made!). Thankfully, it reached safely, and after a few weeks, the seller sent me a few pictures of the quilt in progress. I gotta say, I still haven’t processed the sadness of being robbed of a year of my college experience, so the first thing I think I’m going to do when I actually get my hands on it⁠01 At the time that I'm writing this post, I'm still a few days out from receiving the quilt, but I will replace the in progress pictures with the actual picture when I get it! is lie down and cry underneath it.

my emotional state upon first seeing this was like halfway between the pleading emoji and the sobbing emoji
peep the cursed blogger shirt...

When I was going through the shirts, I tried to remember where I had got them and the memories I had associated with them. It ended up being a really nice trip down memory lane, so I thought I’d share it here with y’all. 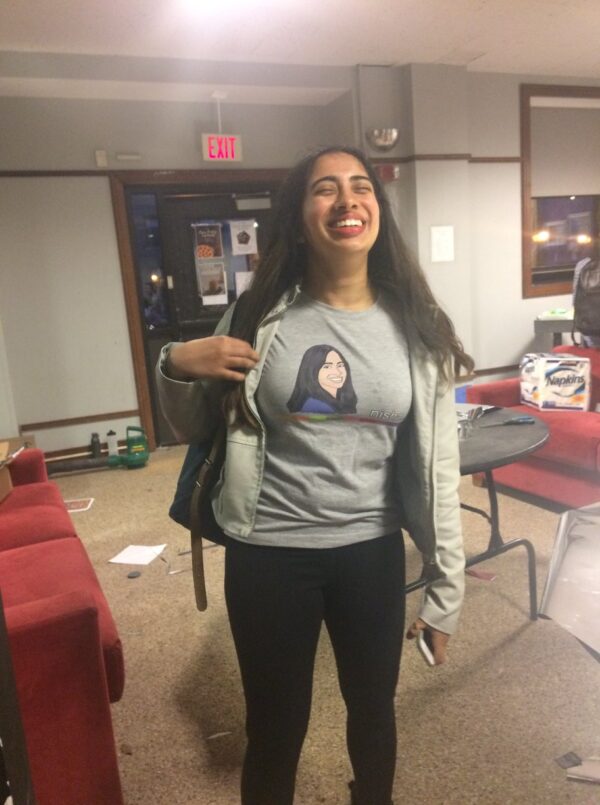 it is so cursed… 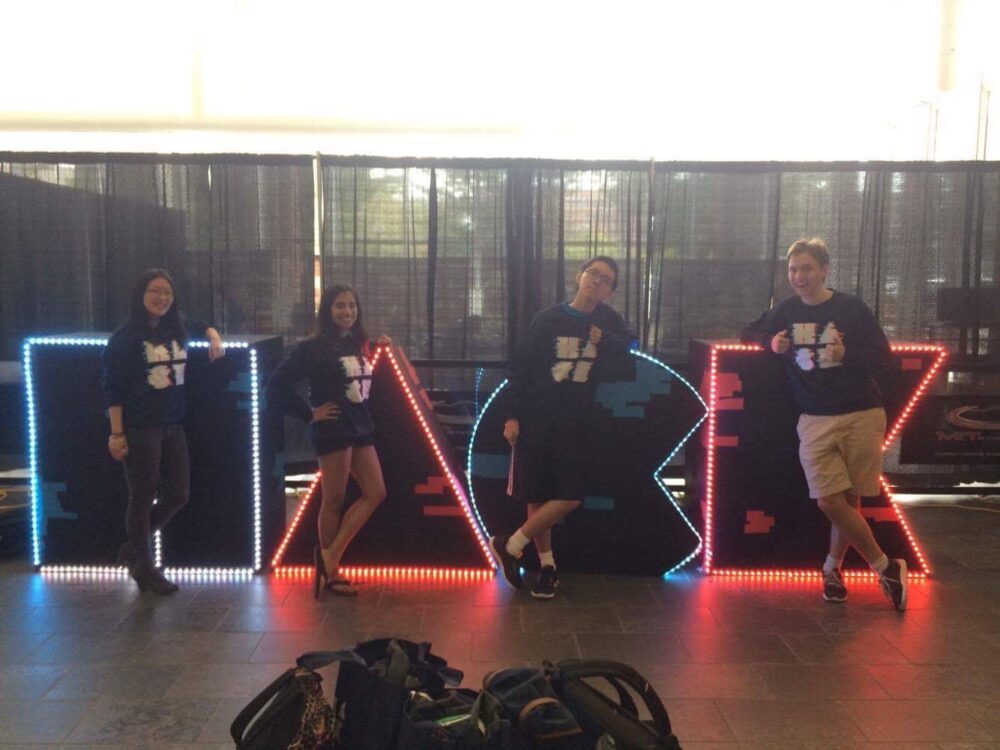 a very low quality picture of me wearing that sweater 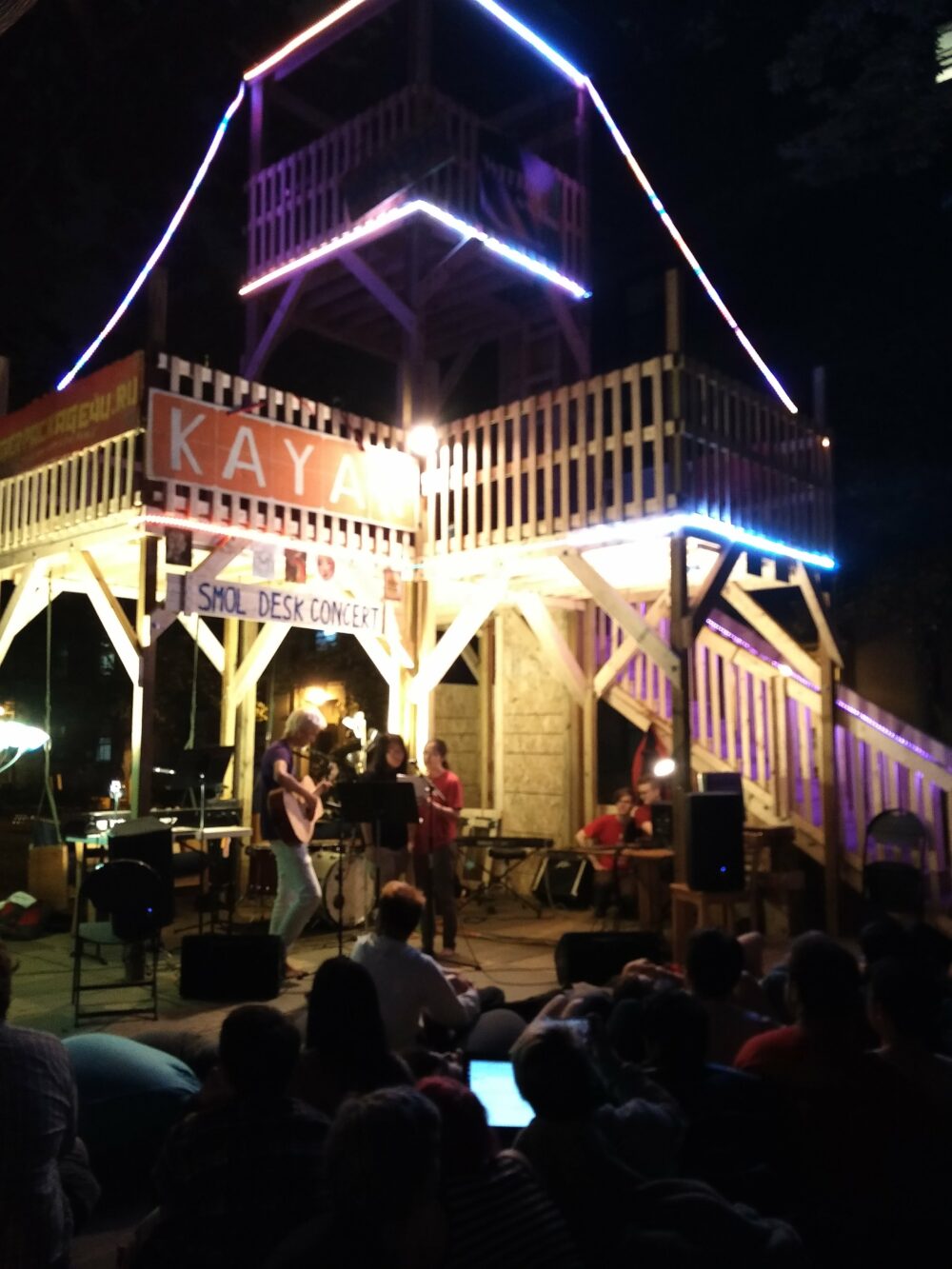 i genuinely don’t remember if i took this picture, but this was what the fort looked like my rush 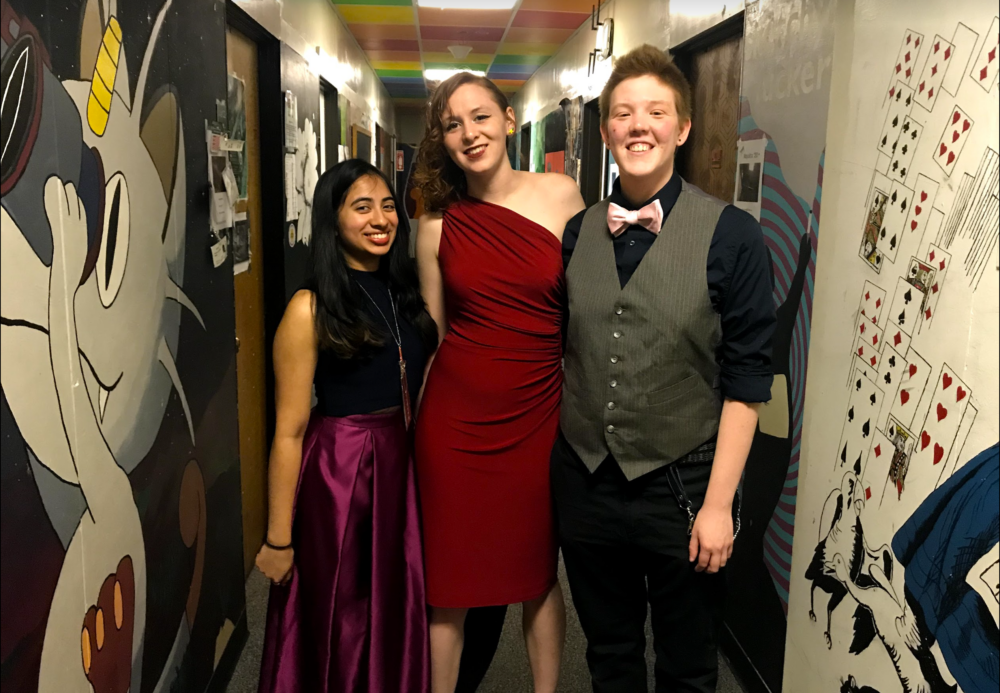 the brass rat council always shows a troll design before the real one, and i thought this one was pretty solid 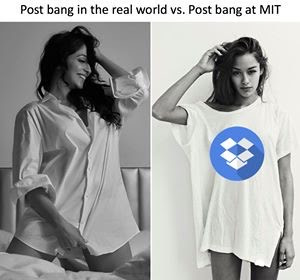 There are many, many more memories that I have from MIT, and these are just ~25 of them, but I’m glad that I’ll get to have them all in one place, and can literally snuggle up with them and hold them close. And I hope that I’ll have this quilt forever, so that even in a couple of decades, I can still look at this quilt and think back fondly to my brief time at MIT. 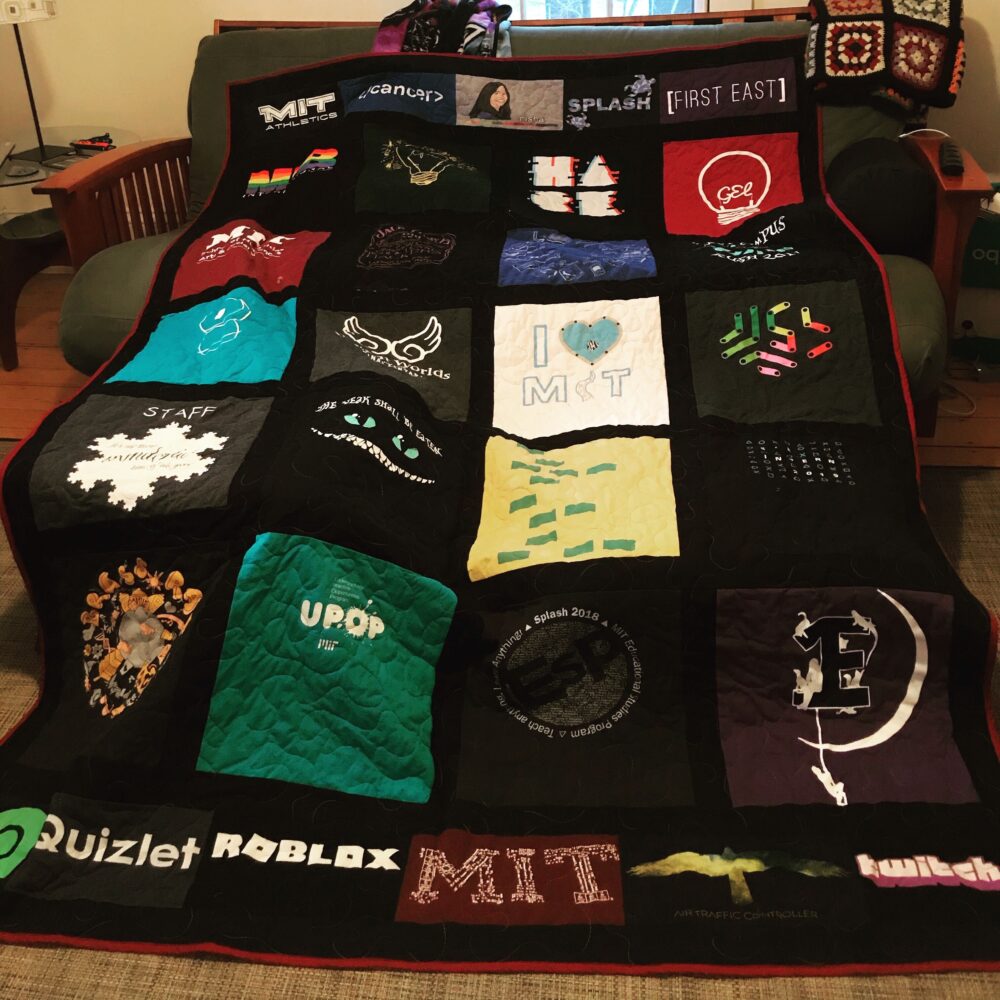