It will lead you in the direction of Central Square

Some fun around Boston and Cambridge lately:

South Station is a transportation hub in Boston, conveniently 4 stops down on the red line from MIT, that connects the subway, buses, and trains. 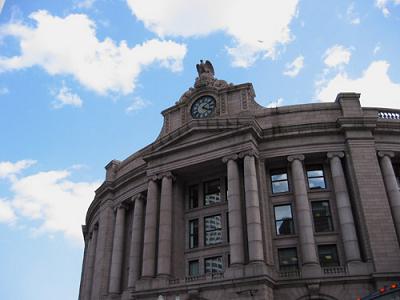 My friend Seema ’09 (Course 14: Economics) and I met there on Friday night to hear Jewel perform a free concert. 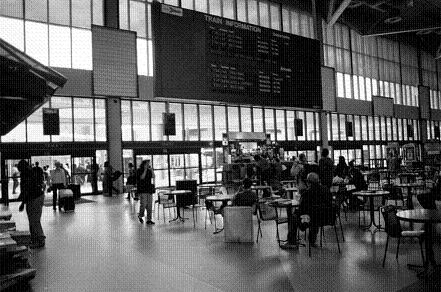 There was some tie-in with Verizon’s release of a newer, condensed version of the Yellow Pages, but I didn’t really follow. Jewel did her typical sing/yodel/tell a story about growing up without indoor plumbing thing, and the crowd went WILD. Well, not everyone in the crowd, because some commuters had trains to catch, but most of us. 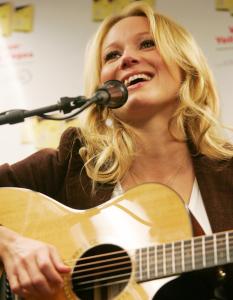 2. On Saturday afternoon, my friend Nicole ’07 (Course 8: Physics) and I spent a few hours in Central Square — not a far walk from MIT at all. Not a warm walk lately, but not far either… 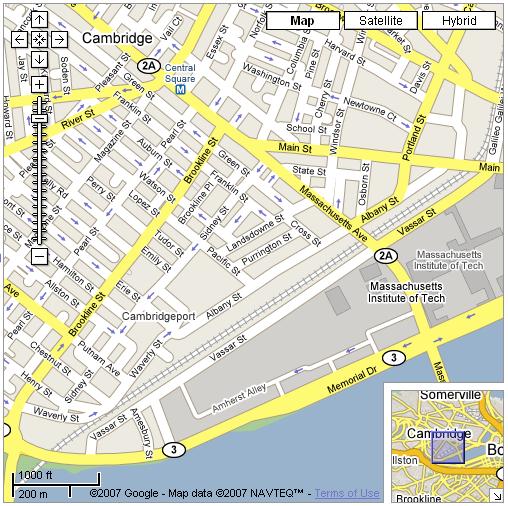 FIRST STOP: Rodney’s Bookstore. Rodney’s has an incredible selection of new and used books – I’m so glad I found this bookstore before I left MIT. 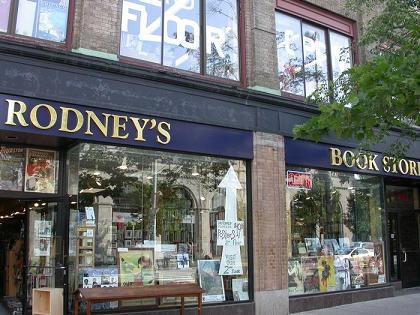 In addition to a large fiction section, they have a ton of non-fiction books on art, architecture, photography, psychology, and travel. Nicole spent a significant sum on four physics books, but as she dryly noted, it added up to less than a typical textbook. I bought a biography on Diana Vreeland (who may or may not resemble Miranda Priestly). 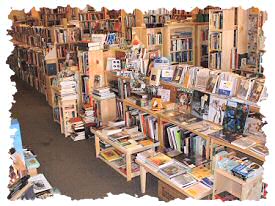 SECOND STOP: 1369 Coffee House. Again, another place I can’t believe I haven’t been to before. Nicole, I owe you so much for showing me these places! This coffee shop was bustling with what appeared to be a mix of MIT students, Harvard students, and local residents with their children. 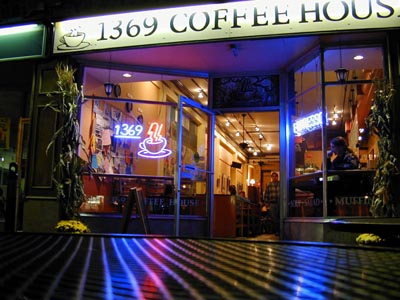 It is a bit too crowded to do homework there on a Saturday afternoon, but it was perfect for a warm cup of almond-coconut hot chocolate (me) and bread pudding and Lapsong Souchong tea (Nicole). 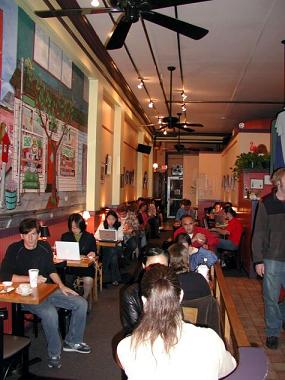 THIRD STOP: Pearl Art. I needed to pick up some stuff for a Valentine’s Day project, and commissioned Nicole to advise me. Mmm, I love art supplies. I could spend hours and hours just browsing the merchandise in art stores. 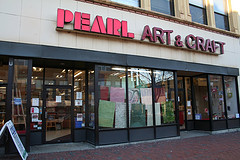 After spending 45 minutes assuaging in my fears in the paper aisle, Nicole told me it was time to move on. I don’t think she realized we’d move on to the pen section. Har har 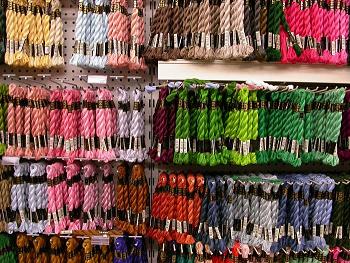