Happy Birthday to m—-suck. by Snively '11

I turn 20 and cry tears of blood

In case you haven’t noticed, I’m blogging less frequently now. There are at least two reasons behind this, one that’s my choosing and the other that’s just happenstance.

The first reason you’re seeing fewer entries is because I’m no longer a freshman, meaning all of my admissions knowledge and experience is now a year outdated. Why listen to me every other day when, instead, you can listen to freshmen who are less jaded and less broken by MIT. It’s like the difference between a tasty avocado* and an avocado that’s getting a little ripe, it’s much better to eat the tasty avocado.

*My roommate found a box of 50 avocados for $3 TOTAL in an open-air market the other day so now there are a lot of avocados in our kitchen.

In turn, freshmen bloggers, I need your help. Please blog uberloads so that I can take time doing the second reason I don’t blog as much:

I’m super hosed. Ok, so, hosed has lots of meanings, many of which aren’t that kosher. When I say hosed, I’m referring to MIT’s lovely little saying “Getting an education at MIT is like drinking from a fire hose.” When drinking from said hose, one can be considered hosed. I am hosed. Like fire hose. In my face.

Oh right, pictures. I always feel guilty putting up an entry with no pictures, so randomly interspersed throughout this post will be pictures that have nothing to do with the entry but that add color. Oh, and they happen to be stolen from an entry on my personal blog. And they also happen to be t-shirts I just bought.

Anyway, hosed. That’s me. I spent ALL DAY yesterday working on 2.003 (Dynamics) and 2.005 (Thermal Fluids) and kinda sorta got stuff done on their respective PSETS (Problem sets, weekly homework assignments). Today is another one of those days, only with a break for blogging. 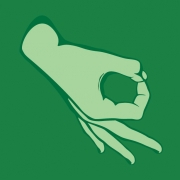 So here’s how PSETs normally work. Each class has a day when PSETs are due and that’s generally the same day they’re passed out. That means you get one week to finish the PSET.

You see, you can’t just do the PSET the day you get it because you haven’t learned any of the material that it covers, you have to go to lecture first. That means instead of a week, you actually get like, 3 days. And by three days I mean the night before. Until 2 or 3 AM. If you’re a lightweight. Otherwise it’s like 4 or 5 AM.

You get used to this and develop a routine, it’s part of MIT’s natural order of things. What really ****’s things up is when there’s an exam. Exam’s tend to just randomly appear in weird parts of the week and throw you all off balance. Kinda like taking a shape with a weird moment of inertia, applying an impulse to some weird knobby part of it, and sending it careening out of control.

This coming week I have a test on Wednesday evening in 2.005 (Thermal Fluids). Uh-oh! I also have an evening class at the same time! As such, I am now scheduled to take a makeup exam EARLIER than the actual exam, I’m guessing on Tuesday. Now, in an ideal world, there would be no PSET due the week of a test. Your professor would say something like

“Since we have a test on Wednesday night and since you normally turn in PSETs on Thursday morning, we won’t make you turn one in this week and you can just concentrate on the test.”

Instead, what our professor said was

“Since we have a test on Wednesday night and since you normally turn in PSETs on Thursday morning, the next PSET is now due on Tuesday morning. You have two fewer days to get it done.”

In 2.003, the opposite happened. Due to a student holiday, our PSET (which is normally due on Monday) is now due on Wednesday. That nice routine I had established in the beginning of the year, working all day Sunday on 2.003 and all day Monday and Wednesday on 2.005 is now something more like AAAAAHHHHHH!!!!! MUST DO ALL WORK THIS WEEKEND AND STUDY FOR TEST AND FINISH PROJECT AND AAAAAAAHHHHHHHH!!!!!!

Project? Oh right, I forgot to tell you, remember that class that conflicts with the exam? There’s a project due during that lecture. Yay. 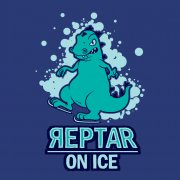 So, laid out all organized-like, here’s my schedule.

Thursday
Have the Odyssey read

Oh yeah, the Odyssey, forgot to mention that one. Need to finish that by Thursday.

You find time to shove that into your schedule. And don’t worry, that PSET is open source so I’m allowed to post it.

So, you know what the best part about all of this is? Guess who’s birthday is right around the corner. Mine is! What day is my birthday on? Tuesday. That’s right, I have a PSET and test ON my birthday, a project and PSET the day AFTER my birthday, and have to finish a novel 2 days after my birthday. This is what my birthday party is going to be like. 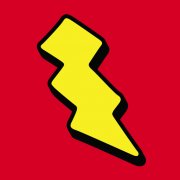 That’s it. Coming soon on the blogosphere, my account of the Trojan Condom Comedy Tour that stopped by MIT the other night.

33 responses to “Happy Birthday to m—-suck.”