how to choose your major by Allan K. '17

So you don’t know what to major in. You have no idea what to do with your life and you’re kind of interested in a lot of things and everything is so cool but also you have to pick something. Or else. *ominous music*

Choosing between the forty-nine majors that MIT offers can be a nerve-wracking, sweat-inducing mess. We the admissions bloggers have somehow done it, and we’ve told you all about it. So what’s the deal?

This art piece (complete with snapchat filter) has the answer. 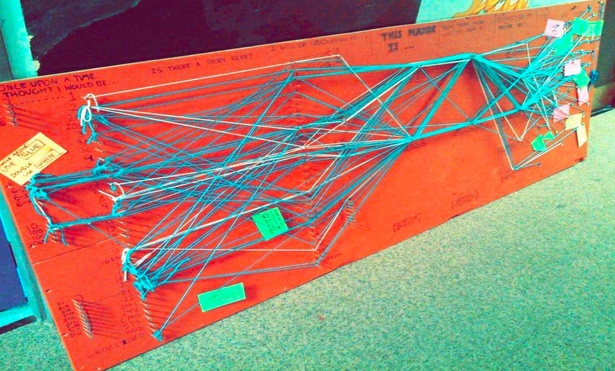 This project began in Credit For Reddit, when Alyssa and I baked a bajillion cookies and enticed people to come talk to us about their majors. We spoke with fifteen MIT undergrads and found out that people tended to use certain frameworks for describing their majors. As they munched on cookies, they told us about how they thought they would major in something, but then realized that another major was their true calling. And there were descriptions that people tended to use about their majors and the people in their majors; course 6 (EECS) is big and course 17 (political science) is small. Most people know what course 2 is (mechanical engineering), but most people don’t know what course 1 is (civil/environmental engineering). Someone was choosing between two majors, and eliminated one because they “don’t like coding.” Someone expressed frustration that their major is associated with making and building things, but that that stereotype doesn’t encompass the whole picture. The way that students identify or categorize majors and integrate it into their self-identity was so delightfully complex that we wrote a whole paper about it.

And that was only fifteen students. We didn’t have time to interview more people (that could be an entire thesis project in itself) so we took some of the patterns from our interviews and rendered it into a nifty yarn-based survey-tool-cum-participatory-art-installation for our final project.

What you’re looking at is a rendering of my team’s Credit For Reddit final project (click for hi-res), in which we asked a bunch of MIT students to say some things about themselves and their majors by visualizing it on a very large piece of plywood. Each string represents one student’s major, and represents the answers to six prompts based on the interviews we did.

1. Once upon a time, I thought I would be [what major? undecided?].

2. I will be graduating as [what major? still don’t know?]

3. This major is [big? small? skip this question?]

4. Most people know what this major is. [True? False? Skip this question?]

5. People in my major are [coders? problem-solvers? makers and builders? humanities? skip this question?]

Every blue string represents a student and their major. Double-majors used two white strings each, one for each of their majors. You’ll realize that horizontal lines in the first column represent people who always thought they would major in their major, and diagonal lines represent people who are majoring in something they didn’t originally think they would. People tend to think Course 6 and Course 2 are big majors, Course 1 and 3 are small majors, and a lot of other majors are thought of as big or small depending on who you ask. And if a major is big, it doesn’t necessarily mean people know what it is–or vice versa. What was most surprising to us was that most people categorized their majors as either makers/builders or problem-solvers, with few people identifying their major as coders or humanities (though we suspect we just didn’t get a lot of humanities majors). All told, 62 MIT undergraduates are represented on this board, showing only a small slice of the student body and the confusion we go through to associate ourselves by department number (visualized below). I’ll leave you with one more excerpt from our work:

Choosing a major, just like becoming an adult, is an iterative learning process. Our interviewees explained how they came to a stronger understanding of their identity and dealt with conflicts between their identity and the identity suggested by their major or by the choices they made. Major choice seems to matter less as an expression of identity than we had originally expected. Instead, the process of choosing a major often illuminates aspects of a person’s identity that they hadn’t expected to find; for others, however, it is a reinforcement of the way they see themselves. Certainly major choice and identity are intertwined, but it is perhaps the integral process of self-definition, invisible most of the time behind mundane problems and decisions, that truly drives our quest to find our closest-to-perfect majors and, we hope, the best approximations of our perfect selves.

So…how should you choose your major? Maybe try this BuzzFeed quiz. I’ve been enlightened. 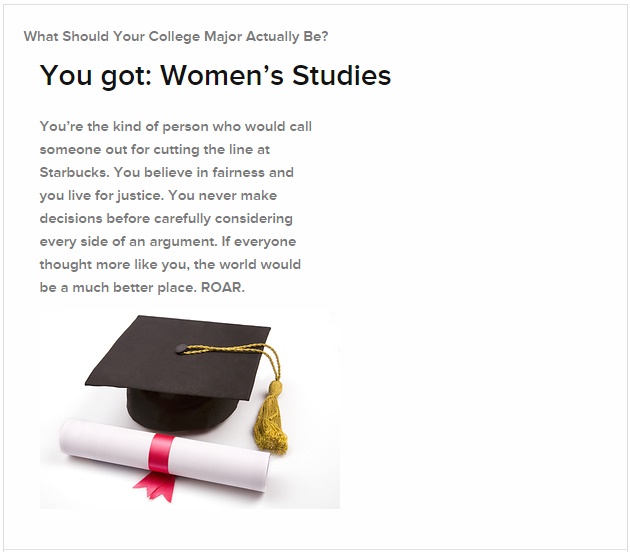 Someday I’ll tell you about my experience with WGS.111, “Gender and Media Studies”–but that’s a post for a later day.

If you’re interested in more details, check out our full reports:

hi-res rendering of the board

or if you’re ever at MIT, wander around the comparative media studies office on the third floor of the Media Lab (E15), where the board is on display.