I spent my MIT IAP with a CEO at CES in LAS, and now I can't stop talking like this. Please help.

January is “supposed” to be an off-month for MIT students – a break between the semesters to relax, recharge, recoup, and reflect*. But somehow I managed to be at least as busy as I was in October or November, which, despite the excitement and adventures, has wrought havoc on my personal health, just in time for me to start the spring semester at the tail end of a prolonged battle with the flu.

* I’m actually not sure about the last two; I just started with ‘relax’ and ‘recharge’ and then felt obligated to continue. Sometimes I feel like I’m slowly devolving into a Markov Chain.

I drafted most of this post in the eerie, apprehensive calm before the academic storm, when classes had started but I didn’t yet have any work, but then life happened and school exploded and my to-do list overflowed its buffer in memory. But without further ado or apologies, let’s recap the last 106 days (!!!) since my last post.

During IAP, the MIT Alumni Association runs an “Externship” program in which they pair undergraduates and alumni for miniature, month-long internships. Externships are awesome because they’re accessible to anyone and are a bite-sized, low-commitment sampling of the corporate workplace. This year, there were over 400 externship listings, including positions with alumni working at Apple, Google, and NASA.

I wasn’t originally planning on externing (if MIT has taught me anything, it’s that everything can be a verb), since there was a class on campus I wanted to take over IAP, but while browsing the externship catalog one night, one position jumped out at me. It was with Plume Labs, a French tech startup, and they were looking for MIT undergraduates to go to the Consumer Electronics Show (CES) in Las Vegas with them.

It’s going to be difficult to put this in perspective, so bear with me. CES is the Mecca of the technology world. It’s a trade show – not open to the public – for every company around the world even marginally related to technology, who all descend on Las Vegas the first week of every year to exhibit all the cutting-edge tech that will trickle down into consumer markets in the next decade or so. Last year – at CES 2015 – the convention attracted over 170,000 attendees (more than twice the population of the city I grew up in) and over 3,600 companies, including 82 of the Fortune 100. It’s kind of a Big Deal.

CES is geek paradise, and Plume Labs was offering two free tickets. Needless to say, I applied with excessive enthusiasm.

Plume does air pollution (fixing it, not making it). They made a mobile app that works like a local hourly weather forecast, but for air quality, and are working on other things I can’t speak about publicly right now (words I’ve always wanted an excuse to say). Originally I wasn’t exactly sure what my job would be, so in late October, Seiji ‘19 (the other extern) and I had lunch with Romain Lacombe, the founder and CEO, who walked us through the concept: since Romain would likely be busy networking with investors, executives, and doing other mysterious professional CEO-y things, Seiji and I would scout out all 2.2 million square feet of exhibit space looking for potential partners, competitors, or anyone who could be interested in Plume, armed to the teeth with business cards and sales pitches.

And so, on January 4th, I flew into Las Vegas with Seiji and Romain for CES 2016. We stayed at a villa with a few other startups that were visiting, spent a day preparing, rehearsing, and plotting, then hit the exhibit floor the minute it opened. 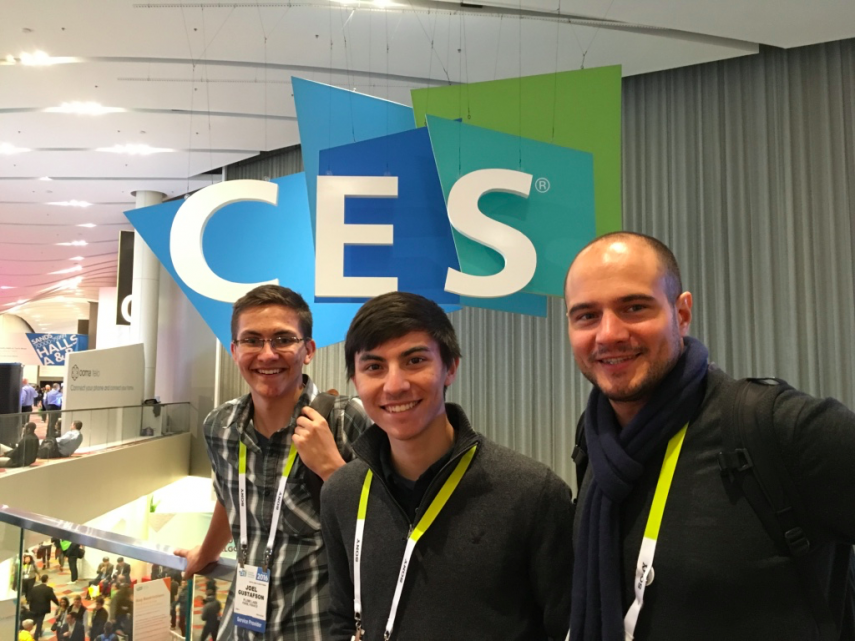 I expected CES to be huge, but it still blew me away. Just Samsung’s booth was the size of MIT’s entire career fair. I shook more hands and talked to more executives than I could possibly keep track of, and handed out business cards like they were free money. I felt like the physical incarnation of every tech startup cliche, spewing condensed streams of mysterious buzzwords to everyone who would listen, and I actually kind of enjoyed it! 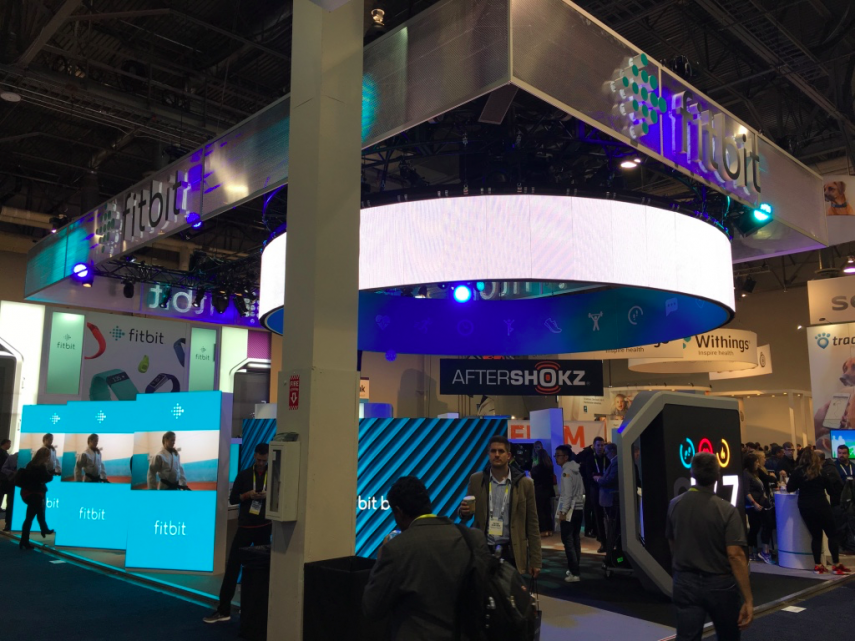 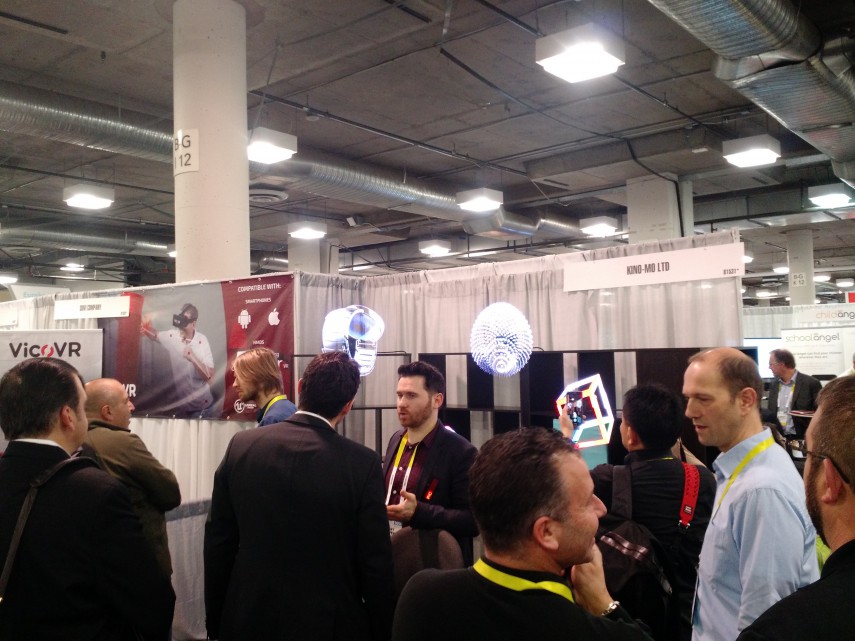 I can’t really describe how convincing these holograms were! 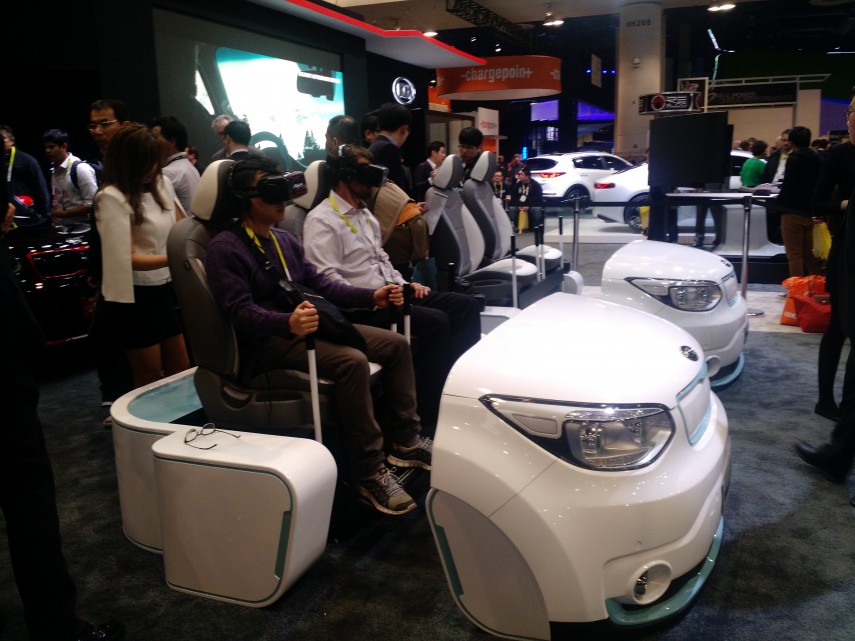 This feels like a metaphor for something, but I’m not sure what. 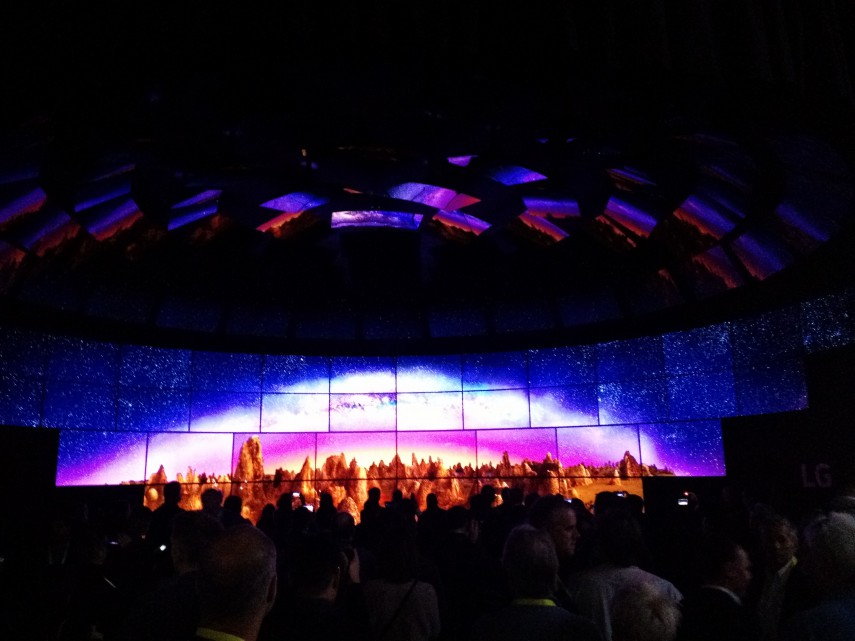 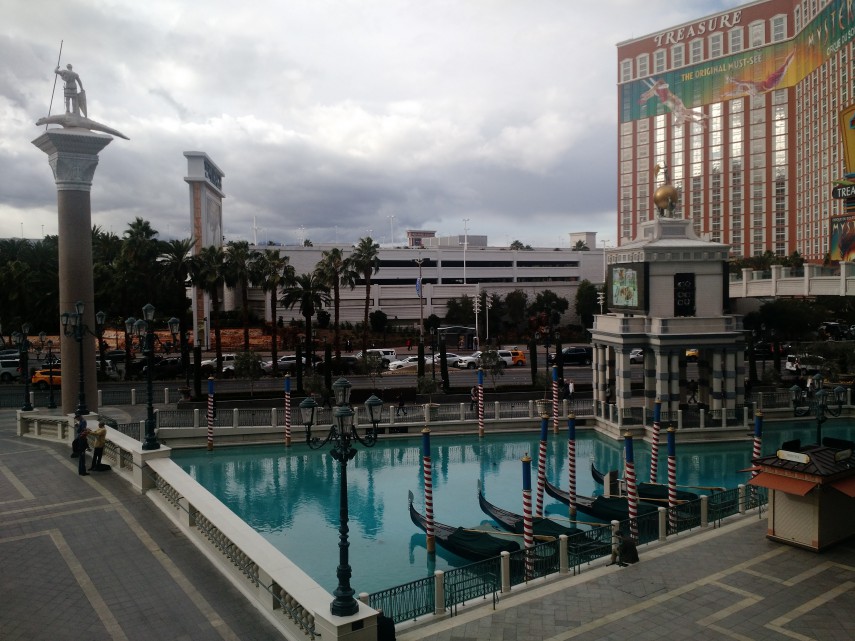 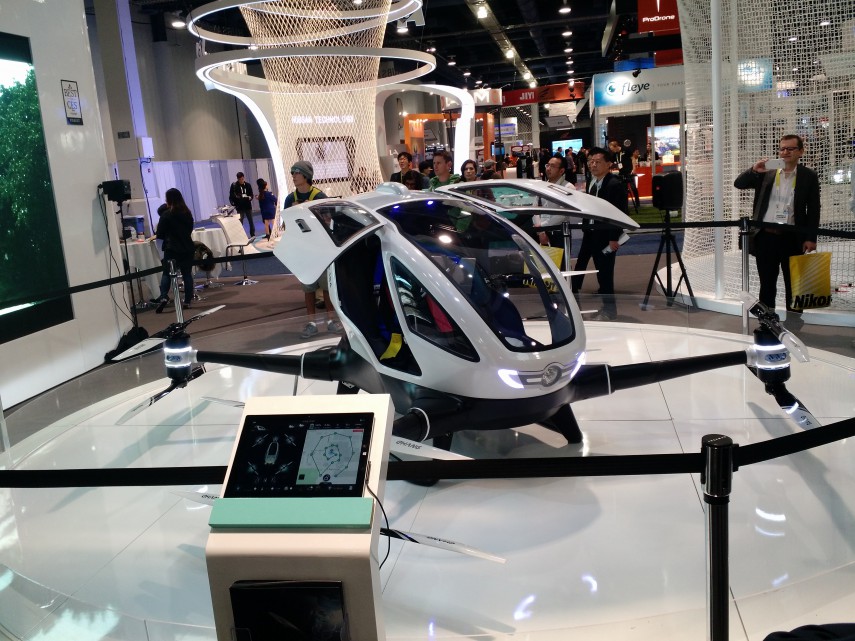 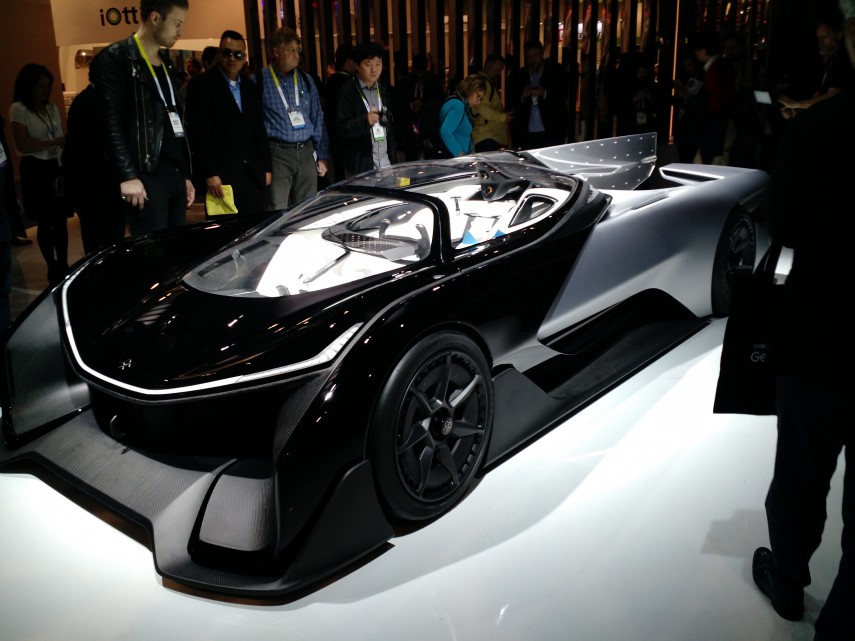 Somehow, the rest of the month didn’t slow down either. After three exhausting days, I flew back to Boston to resume a class I’d started remotely – the one I wanted to do instead of externing. I decided to eat my cake and have it too, so I missed the first week of 6.037 (“Structure and Interpretation of Computer Programs”) and emailed in the first assignment while in Vegas. I moved out of my dorm into the Zeta Psi house with a new roommate, the estimable Obasi ‘17. I went back to my group in the Media Lab and joined another project as a UROP. I set an aggressive schedule of personal projects I wanted to tackle for fun. I redesigned my website.

But there are different kinds of work and stress, and reorganizing my life and exploring new spaces – despite demanding an equally unhealthy sleep schedule – was a refreshing and re-energizing break from the intense, theoretical academic semester I’d just exited. I felt in control and on top of the world. It felt like that weird kick you get from cleaning your room without anyone telling you to. Apart from getting the flu, I felt the most content I’d even been.

And now I’m back, immersed in classes, and taking a quick break on a beautiful sunny day to blog about it all. I’ll write some more about my spring semester shenanigans soon (“soon” ™), but until then, here are some pictures of the Kresge oval that I’m writing this from! 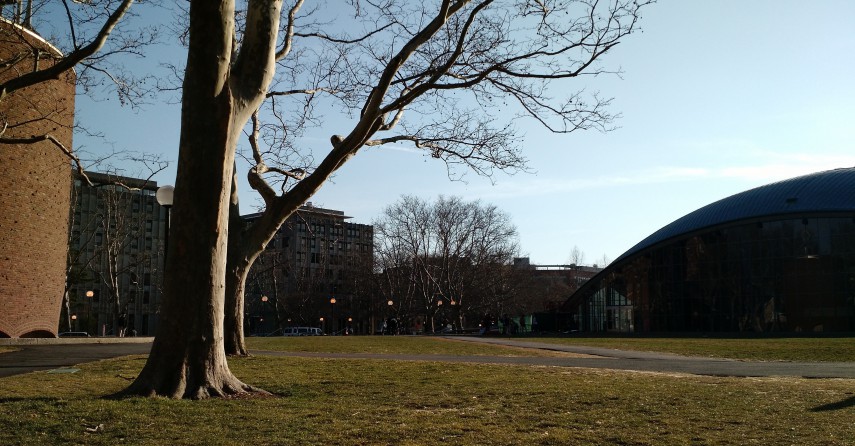