not an undergrad, not a grad student, but a secret third thing

Ahoy there! It’s been a minute.⁠01 more precisely: 6 years, 4 months, and 21 days My blogger avatar hasn’t changed by a single pixel, and even though I recognize her (me), it’s like looking at a baby photo. This site is both ever-changing from new voices and a personal time capsule, immortalizing all my worries and hopes from 3 years⁠02 cha boi was hired as a sophomore blogger, not as a freshman! as an MIT undergrad. 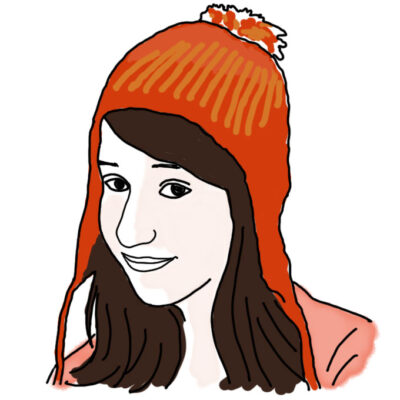 in case i get a new avatar, i’m preserving this image of a CHILD by embedding it here

On June 5th, 2016, I left behind most of my remaining earthly possessions and hopped in my friend’s car to head back to the West Coast. We stayed in small-town hotels, accidentally drove through Canada, listened to a lot of musicals,⁠03 we had seen Dear Evan Hansen off-broadway together a couple months prior, so I have a very distinct memory of us trying to find and/or recreate snippets of songs that were earworms but not yet an official cast album hiked in national parks, stopped for free wi-fi so I could take video calls for my new job (which I had already started, instead of taking a break between school and work), and let ourselves bask in the in-betweenness of young adulthood.

As we drove away, I felt closure around what I was mentally calling “the Boston Chapter” of my life. This city was where I learned how to advocate for myself and form a community of care. It’s where I cried a lot and made plenty of mistakes that are just a part of growing up. And it’s somewhere that I thought I would visit every once in a while—you know, to catch up with the people I hold dear, after some time and distance away.

Here are some things that were true about me then and remain true now:

But on July 27th, 2021, I packed up a U-Haul trailer with all of my remaining earthly possessions and hopped in my car, with my partner, to head back to the East Coast so she could begin grad school.⁠07 in library and information science, which is not offered at MIT We stayed in small-town hotels and smoky campgrounds, listened to a lot of podcasts, walked in sculpture parks, stopped in Indiana where our friends threw us a lovely outdoor party, and let ourselves say goodbye to the lives we had built separately and together in Montana as we headed into this new adventure.

Here are some things that are true about me now and weren’t when I last lived in Boston:

So this return doesn’t quite feel like a homecoming, nor does it feel like an extension of “the Boston Chapter” of my life. I think I’ve escaped that in-betweenness of young adulthood and swapped it for a different kind of yearning that I don’t have a name for yet.⁠10 I don't think it's a mid-life crisis but maybe it is because I <em>am</em> getting older!??

Framing this chapter as “Boston, again” or “Boston, but different” initially made sense, as I settled into an apartment in a part of the city that I had never been to before, and found new haunts instead of just revisiting old ones. But now I think it’s more like “Building A Home”—something where the place isn’t the anchor of my narrative, as it has been for so much of my life thus far, because I can finally be that anchor for myself.

I’m grateful to have been welcomed back to the northeast, to the MIT community, and to new professional adventures with such enthusiasm and kindness. I don’t have a super concrete sense of what I’m going to accomplish at MIT this time around, since there’s no 4-year path and I probably won’t get a degree⁠11 this is me telling myself, once again, that I <em>do not need</em> a master's degree in CMS, as tempting as it sounds out of it.

But I know I’ll try to do some good things with good people, which the Admissions office is overflowing with, and there will be plenty of surprises along the way.