More akin to jumping on the bandwagon than drinking the kool-aid in that it is done for fun and beneficial reasons.

College is generally held to be the last enchanted shore of youth. My decrepit 24-year-old body agrees, its ailing joints creaking their own dirge. I haven’t revisited these blogs in some time; the public ramblings of some-years-past Rachel are an unintentional time capsule fired naively into the present and, lest MIT spontaneously implode, many more strange and distant future presents. Her energy is unfamiliar (if I got only four hours of sleep tonight I’d be out of it for days), her idealism tinged with a deceptive dearth of day to day drudgery (how do you get a washing machine up stairs? why doesn’t my apartment have a pot rack?), her undergraduate priorities misaligned with their evolutionary derivatives (improving the resume –> improving the self).

Occasionally, then-me punches now-me in the heart with a blast of nostalgia or inspiration that stings strangely true. Going even further back, posts by bloggers of yore recall prefroshly days, when I shuddered with anxiety over freshman apps or subsequently danced a jig while waiting to be swept away to MIT, then envisioned as a magical rainbow wonderland where all dreams come true, which as I now know could not be more wrong, yet somehow it’s also heartbreakingly true.

Other blog posts recanting the more mundane remind me that in many measurable ways, life is largely the same, just with 10pm-6am work inexplicably relocated to 10am-6pm and careening in the direction of ‘hand-wavy’. The day I started writing this post, I wrangled Elasticsearch at work and made dinner with pikan and 5w alums, one of whom sent me this paper on why bubbles sink in a pint glass of Guinness and rise in an anti-pint glass. It’s incredible how serendipitously we miniscule wayward dots of humanity stumble across chance Institvte connections across the surface of this planet, incomprehensibly massive on a personal scale yet in turn cosmologically insignificant. (I blame it on Yan and on ultra-dense social subnetworks encouraged by the genius of allowing freshmen to pick their own living groups.)

MIT kind of means a lot to me. Not necessarily the literal institution; the four years I personally experienced there occupy a portion of spacetime that is no longer accessible. When I think of this place in space and time, I first think of the long and cramped East Campus hallway that was my home for four years. But that’s just a hallway covered in sharpie and ancient murals, with years of dirt and paint and who knows what virulent microbiomes compacted into the carpet. My 5W is not this hallway but the people who moved through it, who are best friends years later; not the murals themselves but the stories and process of painting them; the meals we shared in our wonderful, warm kitchen whose piles of dishes and layers of grime makes even the least fastidious of parents gnash their teeth. It’s sneaking into people’s rooms to hide presents in them, and telling ghost stories with only a conflagration of apple cider for light after the first snow of the year, and making each other tea and cookies, and running as fast as possible down the hallway while screaming at the top of our lungs at the stroke of midnight to keep ourselves awake for pset parties.

Most freshmen matriculate trailing a glitter cloud of optimism and self-confidence which is slowly reduced to dust over the course of MIT. I was in a pretty dark place before freshman year, and the warm social mold upon which I happened to take root resulted in me growing hilariously more chipper throughout MIT even as my GPA plummeted, such that I was frequently mistaken for a senior as a freshman, and as a freshman while a senior. It was there in Cambridge, Massachusetts beginning August 2008 that I genuinely learned how to be a person. Where I learned how to fail spectacularly (bless you, Pass/No Record), and take it as a learning experience rather than a defeat. Where I discovered it was possible to change myself for the better and take initiative. Where I met people from all different cultures and walks of life and grew into an open mind and a sense of community that discards the superficial, community based on values. Where I met friends who didn’t just share interests and humor, but taught me the meaning of the word love with chicken noodle soup and shoulders to cry on and openness and trust.

It is all these things, rather than more tangible classics like ‘8.012’ or ‘sleep deprivation’, which symbolize MIT to me, and (modulo dementia) they will always be with me. Luck is a learnable skill [tldr: be flexible/openminded regarding opportunities], and one I have in that sense, but I also feel really cosmically and/or statistically lucky. This, here, is me now because I stumbled across some blog posts by Jess, Mitra, and Sam, and said yes when I got a tube in the mail. Because Chris, TK, Qiaochu, and so many others crossed paths with me in Freshman Arts Program. There are a billion other things I am thankful for, but due to the occasion, it has been especially wonderful to be a part of these blogs. At first I thought keeping a blog would be a silly little narcissistic thing, but being an MIT blogger has been about a hell of a lot more than the stories and cat pictures you post on the internet. I’ve worked with Petey on ways to improve admissions — or for the most part Petey has told me about ways admissions could be improved. I’ve filmed all of the bloggers getting hit in the face with pies on a shoestring budget and shared burritos with Emad and Elizabeth. Slices of memory are preserved here in overwhelming clarity. A warm fuzzy feeling wells up in my heart every time a freshman says my blog helped them choose MIT.

These blogs work because the people behind them aren’t afraid, or at least have overcome their fears, to just pour their hearts out on the internet (rip your heart out with Meltdown or It’s More Than A Job if you haven’t already). But it’s the ingenuous frivolities, the little silly life things, that really got me as a prefrosh — like in a Redwall book where you guiltily pore over the feast descriptions and then are totally blasé about good triumphing over evil at the end. I grew up in part reading this particular collective of blogs, and since joining it, have often been told it serves as a reminder that every single person you meet, no matter how you may instinctively stereotype them, how nerdy or weird or cool they may seem in brief, is underneath it all a disgustingly, wonderfully, kinda-normal human being — a creature of heartbreak, little triumphs, laundry, and camaraderie behind their purple hair and curriculum vitae. 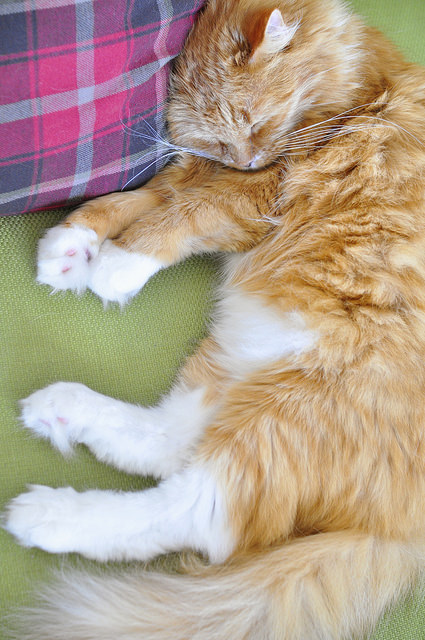