The Last All-Nighter by Rachel F. '12

on mortarboards, machine shops, and graduating from MIT

The night before graduation, I was about to turn in for a good night’s sleep so that I could wake up early the next day to figure out how to pack for the event under my regalia. But a fateful gchat with Chris ’09, cofounder of Lingt and inventor of the iDoor, which I lived behind one summer and used to let my cat in and out when I was away, tumbled all these plans, only to build loftier ones in their place. As we reminisced over our shared ambitions of livestreaming graduation from our hats, I realized I didn’t have to reminisce just yet, and pranced off to a machine shop in the A.M. after finding out about Justin.TV‘s livestreaming app, which sadly did not exist during Chris’s graduation.

Lesson 1: Unless you’ve strategically exploited the UROP system for machine shop access (I did this freshman year), none of the good shops are available after midnight. My dreams of a sleek, servo-mounted, milled phone dock with an integrated charging cable were shattered.

Eventually, I did find a barely functional, rickety drill press with a broken table in the EC basement. It puttered so slowly that I had to really simplify the rig, which ended up consisting of a bit of duct tape, two elastic hair ties, and a few pathetic scroungings from the emptied-out machine shops: a scrap of discarded 1×1 steel angle, two screws, and five hex nuts, whose flat sides I used to constrain the phone on my mortarboard’s y-axis. Also, about fifteen bobby pins to keep the dang thing on my head. 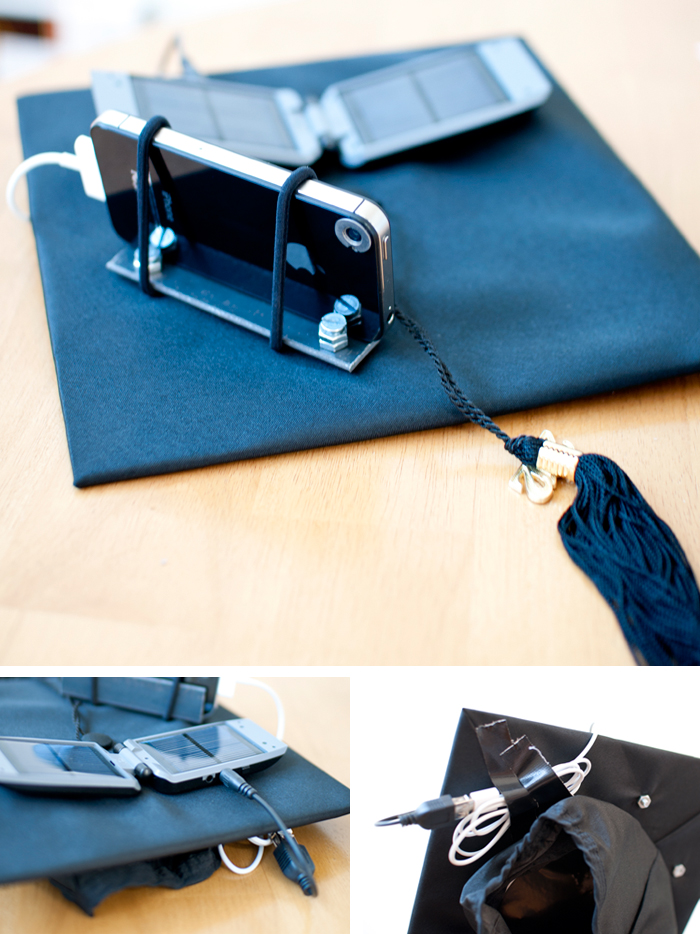 I spent the rest of the night getting the various paraphernelia I was going to smuggle into graduation in order (my real camera, spare batteries, memory cards, beach balls), and did some tests to check battery drain and streaming quality. Video drains my phone battery like crazy, thus the solar charger, which actually had to be screened by three different people when I went to check in for graduation.

Staff: What’s that?
Me: It’s a solar charger.
Staff: What does it do?
Me: …er, I’m sorry, what do you mean by that?
Staff: Like, what does it do.
Me: …it collects solar energy, and uses it to charge things.
Staff: I’ll have to check with my supervisor. Because, you know, 9/11.
Me: Did you actually just say that.

The setup was surprisingly sturdy and usable; I was able to reliably holster or unholster my phone one-handed in about five seconds even in my bleary-eyed state. Occam’s Razor FTW. This was empirically tested many, many times over the course of graduation, as the livestream connection died repeatedly thanks to the 4000 or so phones clogging 3G and wifi, and I had to use my phone for phone things as well. I resorted to normal video for most of the key moments (at least until my battery died), which I have posted below. If you have ever met me, you will know that I am extremely short; that worked out well for this video as my height + hat height + phone height = normal person height.

As you may have noticed, MIT graduations are known for their weird mortarboards, which are usually related to the mortarboard-wearer’s major in some way. 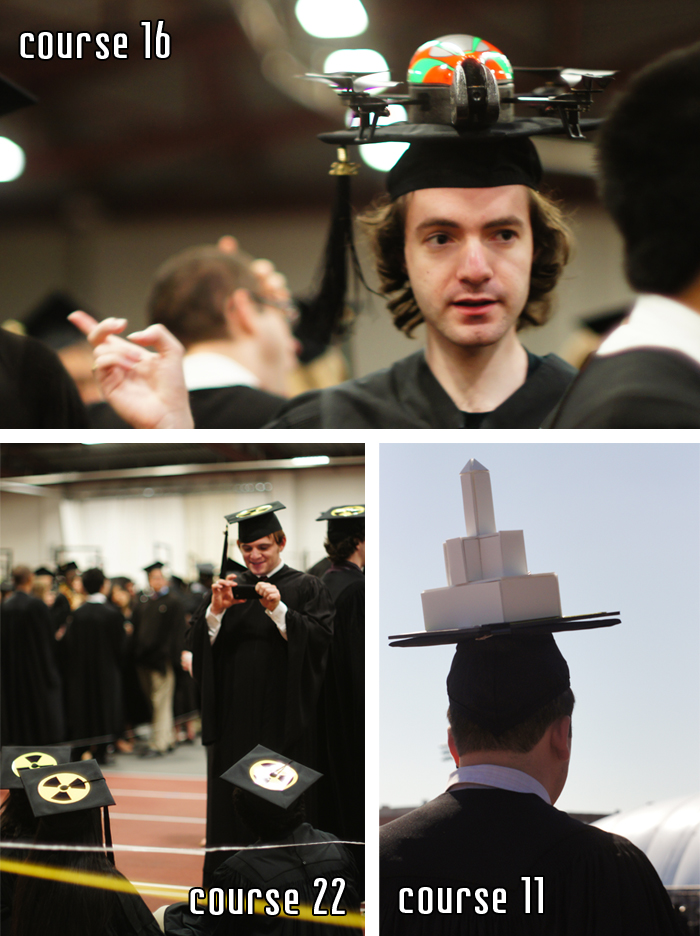 Below is a shot of Susan Hockfield staring with barely restrained awe at Norataur (photo cred: Noel Morales), whom you may otherwise know as Nora, previously featured in my post “How Wrestling With Snapping Turtles Can Get You Into MIT“. 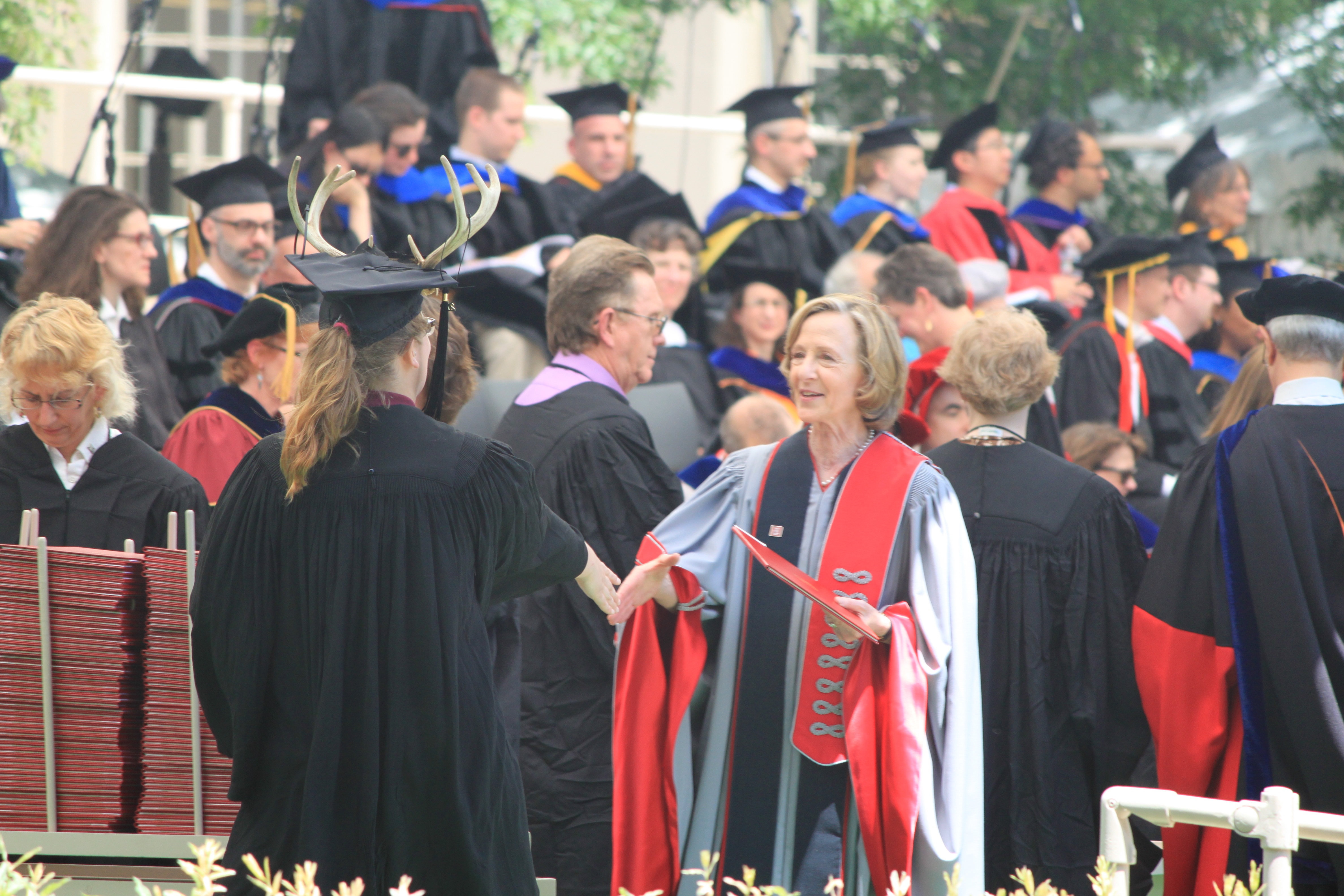 At the EECS post-graduation reception, some MITERS showed up with tiny go-karts, because why not. 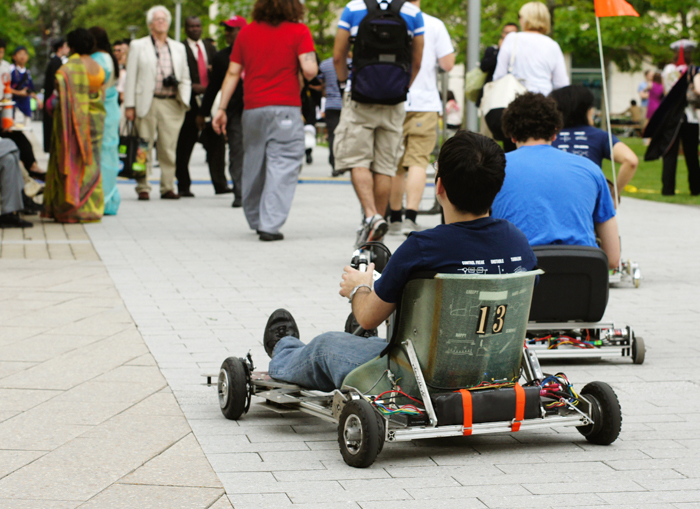 Not long after graduation, I flew off for vacation and am currently writing this post from Paris. After I get back, I’ll be starting as a software developer at Bluefin Labs, an ex-Media Lab project that turned into a Cambridge-based startup and now serves up TV analytics using a really interesting combination of machine vision, natural language processing, and social data.

Thank you to everyone who made the last four years amazing! It’s been real. 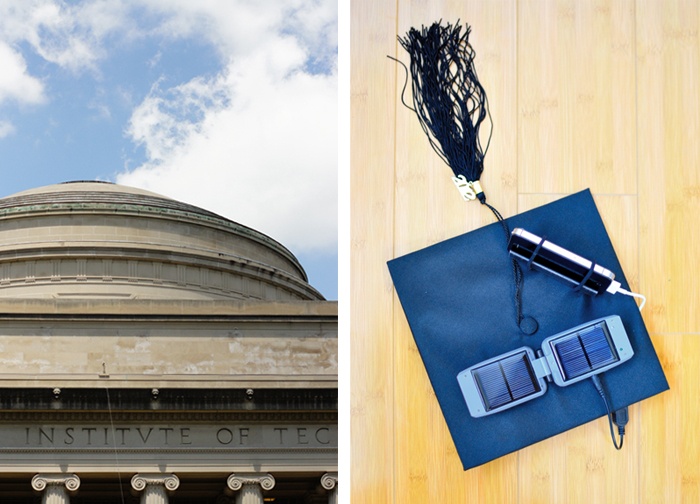